Jessen knocked out of badminton singles

Jessen was to meet his match in the Last 16 round. Drawn against top seed Mark Constable Jessen had Little to no opportunity to stamp his mark on the match.
Played at lightning speed constable took the first set with ease winning 21.4.
Jessen took it with a smile and knowing he was no match enjoyed
the match exchanging smiles and laughs with his opponent.
A 21-7 second set for constable ensured Jessen's progress through The single, was shattered.
In the court next to them Reidy played the first match between Gibraltar and the Falklands. This was to prove to be a tight affair
with Reidy winning the first 21-12. He was to drop the second set 21-9 leaving it to a final third to decide. Reidy was pushed point for point eventually finishing 21-18 to take the win. 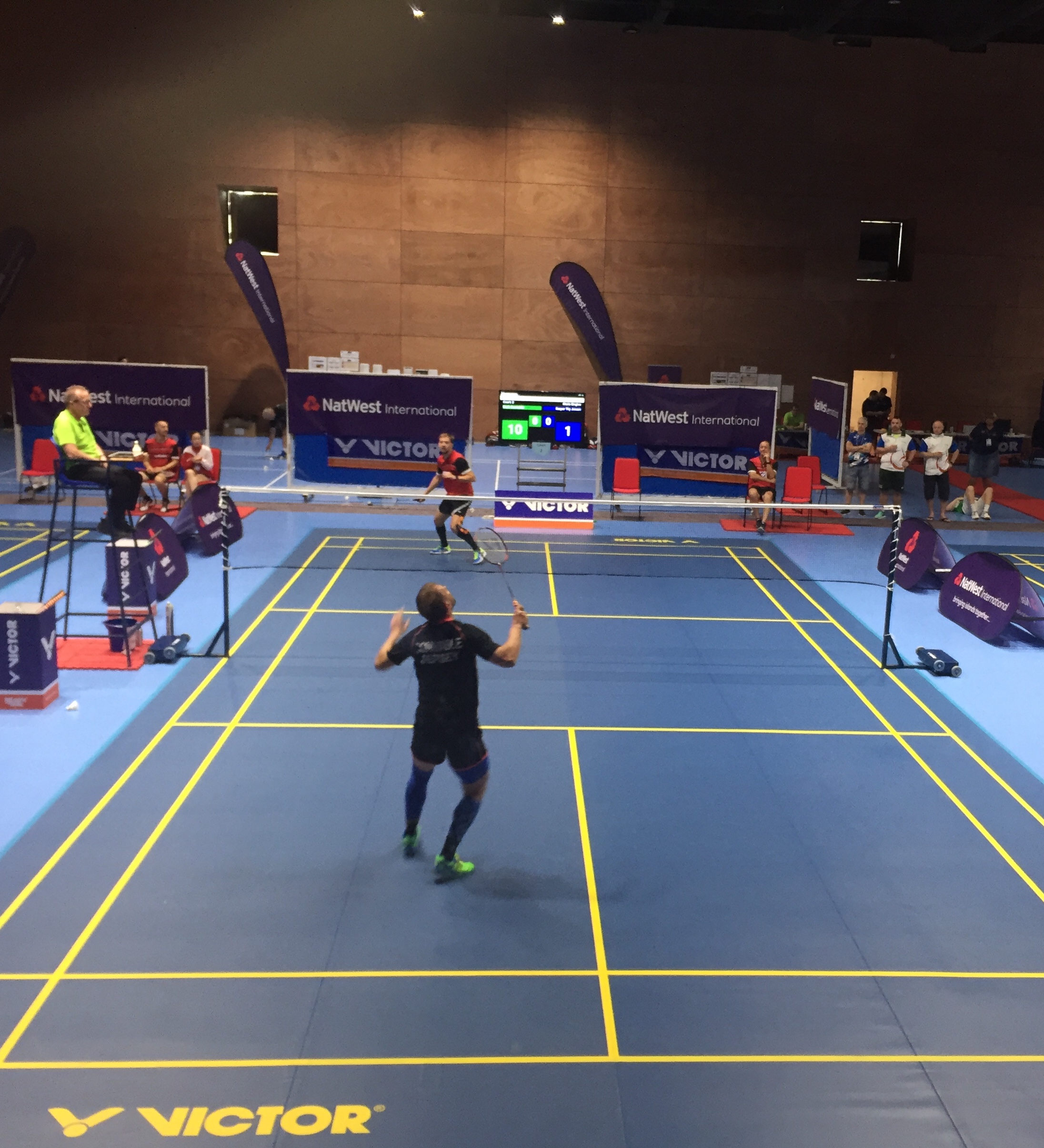