Scottish novelist Joan Fallon’s latest historical novel ‘The Prisoner’ will be released this Friday.
Ms Fallon is known locally for having previously written about Gibraltar’s role in the Spanish Civil War.
The author is based in the south of Spain, with many of her novels set in Andalusia.
Her newest book ‘The Prisoner’ is the third book in The City of Dreams trilogy and is set in 11th century Malaga.
The historical novels that make up the trilogy The City of Dreams: ‘The Apothecary,’ ‘The Pirate’ and ‘The Prisoner,’ aims to appeal to readers who enjoy historical fiction.
This series is a sequel to her al-Andalus series and introduces the reader to a new generation of characters and a new location.
“To be honest, after writing five books on Moorish Spain, I wanted to find something that I hadn’t already covered,” Ms Fallon said.
“The 11th century was a very turbulent time and when I read that one caliph had locked his younger brother in prison and murdered his cousin, it wasn’t surprising but when I read that the same caliph had been murdered by his wife, I felt there was definitely a story there to be told.” 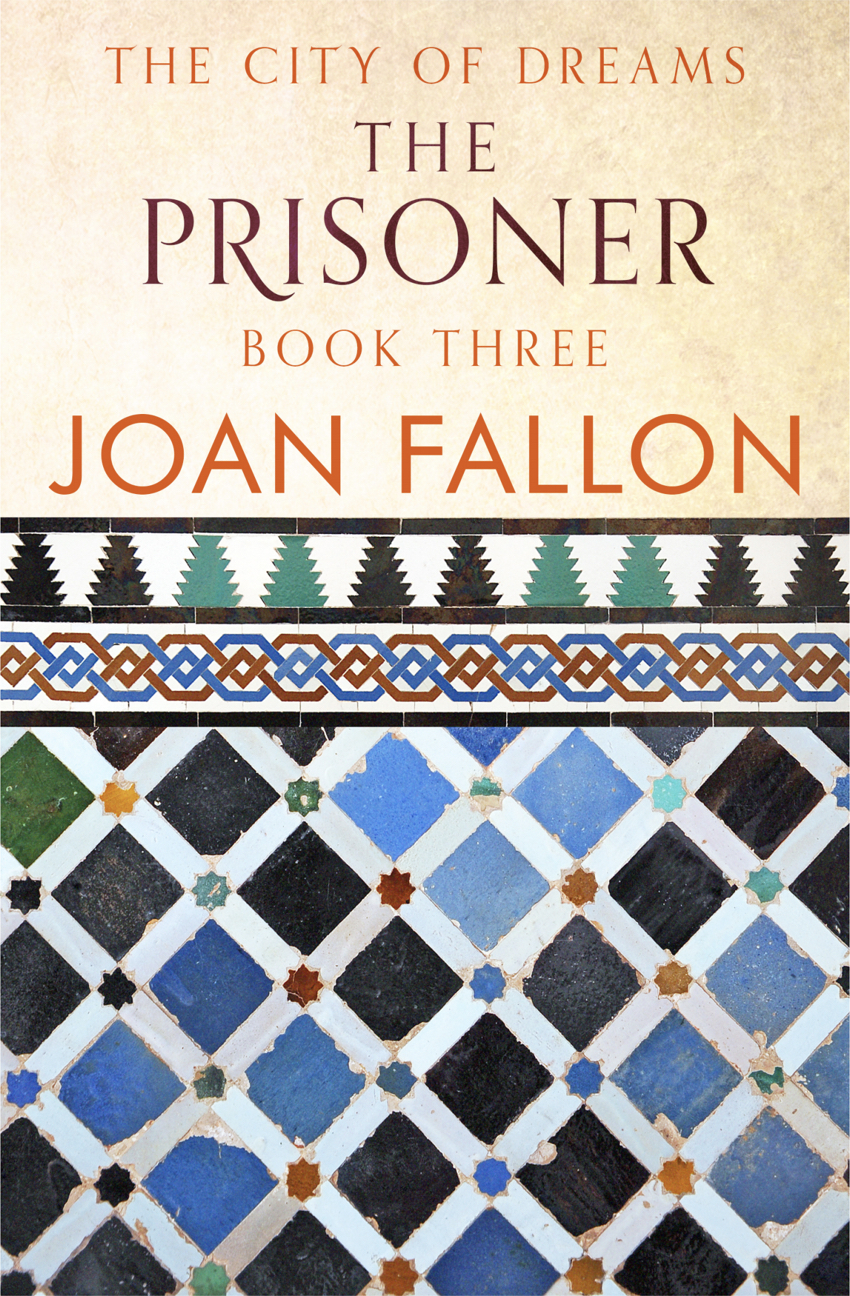 Although some scenes in the book are fictional, the story includes real characters.
“All the official characters are real: the royal family, Yahya I, his brother, his sons, the rulers of other taifas, ibn Baqanna,” she said.
“The rest, Makoud and his family and friends, for example, are creations of my imagination, some of whom you will have already met in the al-Andalus series and in more detail in books one and two of The City of Dreams trilogy.”
The decision to base the books in Malaga is inspired by Ms Fallon’s surroundings.
“Partly because I have lived in Malaga now for more than twenty years and partly because it is a fascinating city with a rich history,” Ms Fallon said.
“Many books have been written about Seville and Granada but Malaga gets overlooked. It was nevertheless—and still is—a very important city port, dating back to way before the Roman occupation.”
“I also liked the idea of setting my novels in a thriving international port. Fishing, piracy and international trade play a large part in the stories.”
‘The Prisoner’ in The City of Dreams trilogy picks up from the story of the Moorish prince who has been cast into prison by his brother, the new khalifa of Málaga.
An unsettled period in the history of Moorish Spain becomes even more turbulent as intrigues and betrayal in the royal household threaten the stability of the city.
Against this background, Makoud’s cousin and her family arrive in Málaga, hoping to follow
their dreams and make new lives for themselves, but they have secrets which if discovered could mean they would face exile or even death.
The Prisoner is a fast moving story of adventure and romance set in the exotic and vibrant 11th century city of Málaga.
Ms Fallon added that she does not consciously express her points of view in her novels.
“Not consciously, although I don’t think people have changed much over the centuries; superficially yes, today we are very different to how people were even fifty years ago, but the basic emotions: love, jealousy, greed, loyalty, betrayal, they haven’t changed,” Ms Fallon said.
“I don’t try to convey any particular meaningful message in my novels but I do like to think that people will not only enjoy the story but will learn something they didn’t know before.”
“I was fascinated by the history of this period in Spain, and thought others might enjoy hearing about it too.”
Her writing style is also unique to her.
“I have particular authors whom I admire and when I like someone’s writing style I generally read most of their books,” she said.
“Perhaps some of their writing style rubs off on me, but I’m not aware of it and I certainly don’t make a conscious effort to copy it.”
Ms Fallon is also currently working on other projects and novels.
“Yes, but this is the last book in this particular series, which takes us up to almost the end of
Málaga’s existence as an independent taifa,” she said.
“Then I may turn to a more recent time in history, Spain in the early twentieth century.”
Ms Fallon was born in Dumfries, Scotland but spent most of her adult life in England.
Now she lives and works in southern Spain with her husband.
She moved to Spain at the beginning of the new millennium and, after completing an OU course in Creative Writing, she dedicated herself to full-time writing.
She writes both contemporary and historical fiction, but has also written a work of non-fiction which has proved the inspiration for at least two of her subsequent novels.
According to Ms Fallon two aspects of her life particularly influence her writing, the first is being a woman who grew up during the sixties and seventies —at a time when it was harder for a woman to gain recognition in a man’s world— consequently almost all her books have a strong female protagonist.
The second influence is the fact that she has lived in Spain for the last t20 years.
Spanish history and culture fascinate her and have provided some of the most exotic settings in her historical novels.
She is the author of Daughters of Spain, Santiago Tales, Spanish Lavender, Loving Harry, The Only Blue Door, The Shining City, The Eye of the Falcon, The Ring of Flames, Palette of Secrets, The Thread That Binds Us, Love Is All, The House on the Beach and the series The City of Dreams.
Many of her books have been translated into Spanish and Portuguese.

The Prisoner is available for pre-order as a Kindle ebook on Amazon at a discounted price.
It will be available for purchase as an ebook and in paperback from both online and in bookshops on July 31.