In his letter, the Prime Minister asked the Mr Picardo shared a message of the “unbreakable nature of the bond” between Gibraltar and the United Kingdom.

Mr Johnson’s message, brought to Gibraltar by the UK’s Minister for Europe, Wendy Morton, was handed to the Chief Minister outside Gibraltar Parliament.

The contents of the letter was shared during  Mr Picardo’s National Day message on GBC.

“In September 1967 we made the choice, we chose to remain British,” Mr Picardo said.

“And today we commemorate and we celebrate that choice.”

“In the same way that our forefathers said then, we are clear, this is our land.”

“No one but the Gibraltarians will decide the future of this, our land, and we will never permit any concessions on our sovereignty.”

“We will preserve and maintain full jurisdiction and control of our land, and every part of our sea and air.”

“That is not just our position, it is the position of the United Kingdom too and that view is echoed today by our good friend, the Prime Minister, Boris Johnson.” 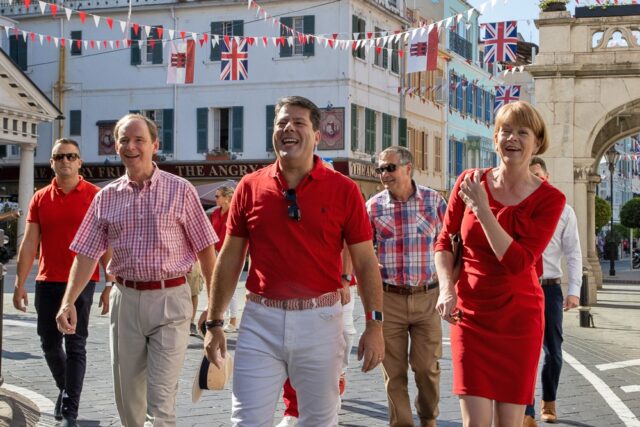