After packing their support truck, loaned to them by Toyota, six cyclists left the Rock early Wednesday morning bound for Lisbon.

Tomorrow the men will start the journey from the Portuguese capital back to Gibraltar.

Covering a distance of 600km, they are doing it to raise funds for Autism Support Gibraltar and ActionAid.

“We are excited and raring to go,” Mr Howes told the Chronicle.

“Really happy that so many members of our community are donating to the charities.”

“We have already reached £3,000 and we wish to thank them and remind others that the page is still open,” he added. 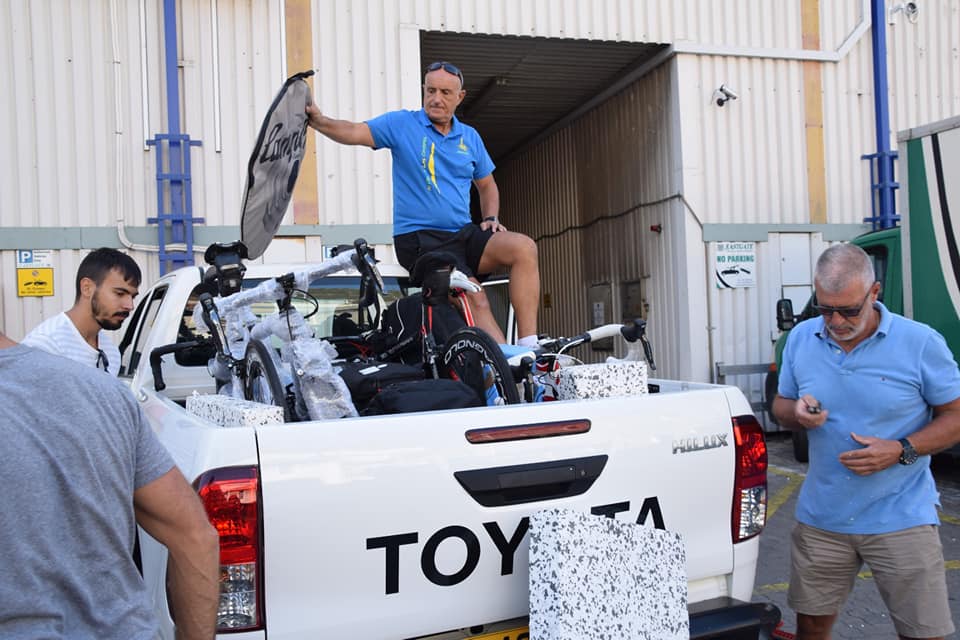 Early Thursday morning they will pedal 170km with an ascent of 1270m and arrive in Castro Verde. They hope to arrive there by 5pm. This will be the longest stage.

Friday will have them in the saddle for 135km with a 1,350m climb to Trigueros in Spain.

Saturday will be their shortest cycle, with still an eyewatering 128km distance being completed.

As well as being the shortest, this leg is also the flattest with only a mere 740m climb. They will arrive in Utrera early evening.

On Sunday, the last day of the challenge, they will cycle 147km to Gibraltar and face the highest climb of 2,000m.