EXERCISE JEBEL TARIK 16 provides the Royal Gibraltar Regiment (RG) with the opportunity to complete an annual weapons assessment that enables them to continue to provide an armed guarding capability. It provides essential operational training and maintains the Regiments Collective Training Competence and currency in Live Firing Marksmanship Training (LFMT) and Transition to Live Firing Tactical Training (TLFTT). The exercise was conducted in the Sennybridge training area, South Wales, and was a month long deployment for the troops. Towards the end of the exercise the Reserve element of the Regiment, B Company, also deployed for two weeks. His Excellency the Governor and Commander-in-Chief of the Royal Gibraltar Regiment, Lieutenant General Edward Davis CB CBE, took time off his busy schedule to visit the troops on exercise. His Excellency was accompanied by Commander British Forces, Commodore Ian McGhie MA RN, when he visited one of the live firing attacks. The Regiment also hosted Colonel Major Azzendine Badr, Commandant 2° BIP and Lt Col Moad Raoundi from the FAR who visited the exercise and had the opportunity to speak to their soldiers. The Units? link to the FAR has definitely strengthened and demonstrates the Regiments commitment to wider MoD initiatives to support Defence Engagement in the region. All in all, this was an extremely challenging exercise that saw RG soldiers work exceptionally hard in all aspects of the deployment. All Photographs by Mario Balloqui

The RG continued its ‘close relationship’ with the Moroccan Armed Forces at Exercise Jebel Tarik, and invited members of the Forces Armées Royale [FAR] to join. A week before deployment to Sennybridge, 20 FAR personnel arrived in Gibraltar and underwent pre-deployment training.

“It is good to work with foreign troops, particularly the Moroccans, given the fact we have been working with them for over 15 years now,” said Chief Instructor Sgt Joshua Whitaker.

“These opportunities allow us to share ideas on best practices and enable the RG to continue developing its special relationship that has been in place for such a long time. The FAR troops were highly motivated and competent soldiers that engaged with us instantly and became fully integrated with the company from the outset.”

At Sennybridge the RG completed an annual weapons assessment which allowed them to continue to provide armed guarding. Live Firing Marksmanship Training provided the RG with an understanding of common firing principles and aims to instil confidence when firing in combat.

The RG Reserves, B Company, was also deployed for the last two weeks of the exercise. The deployment to Sennybridge was due to the ‘challenging terrain’ which cannot be replicated in Gibraltar.

“Apart from completing mandated training requirements, it gives me an opportunity to identify upcoming commanders and confirm that my soldiers are current and competent in their infantry Tactics Techniques and Procedures. It also gives me the opportunity to test my Company in what we call Land Tactical Actions, which is basically manoeuvring and fighting in various offensive and defensive ways.” 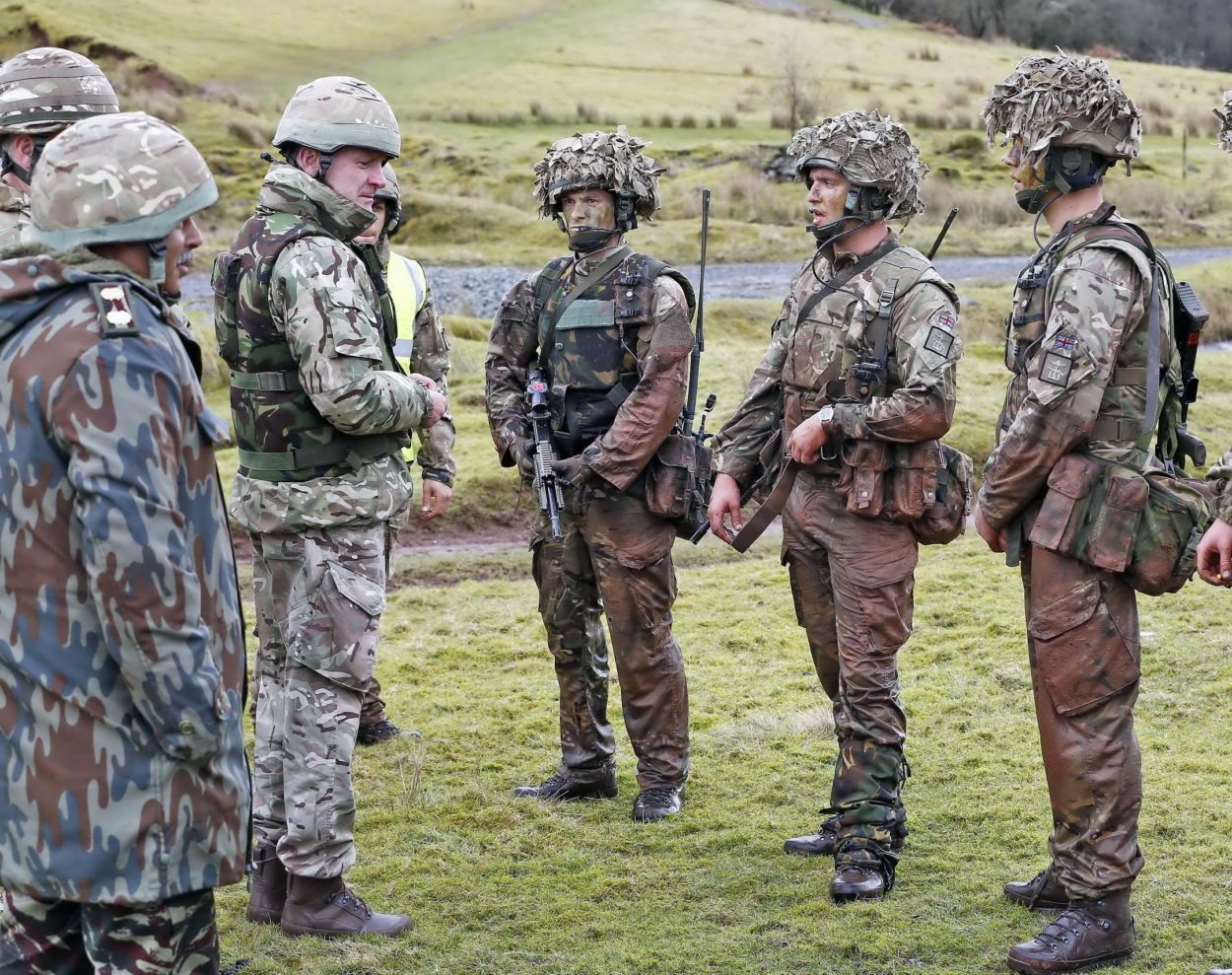 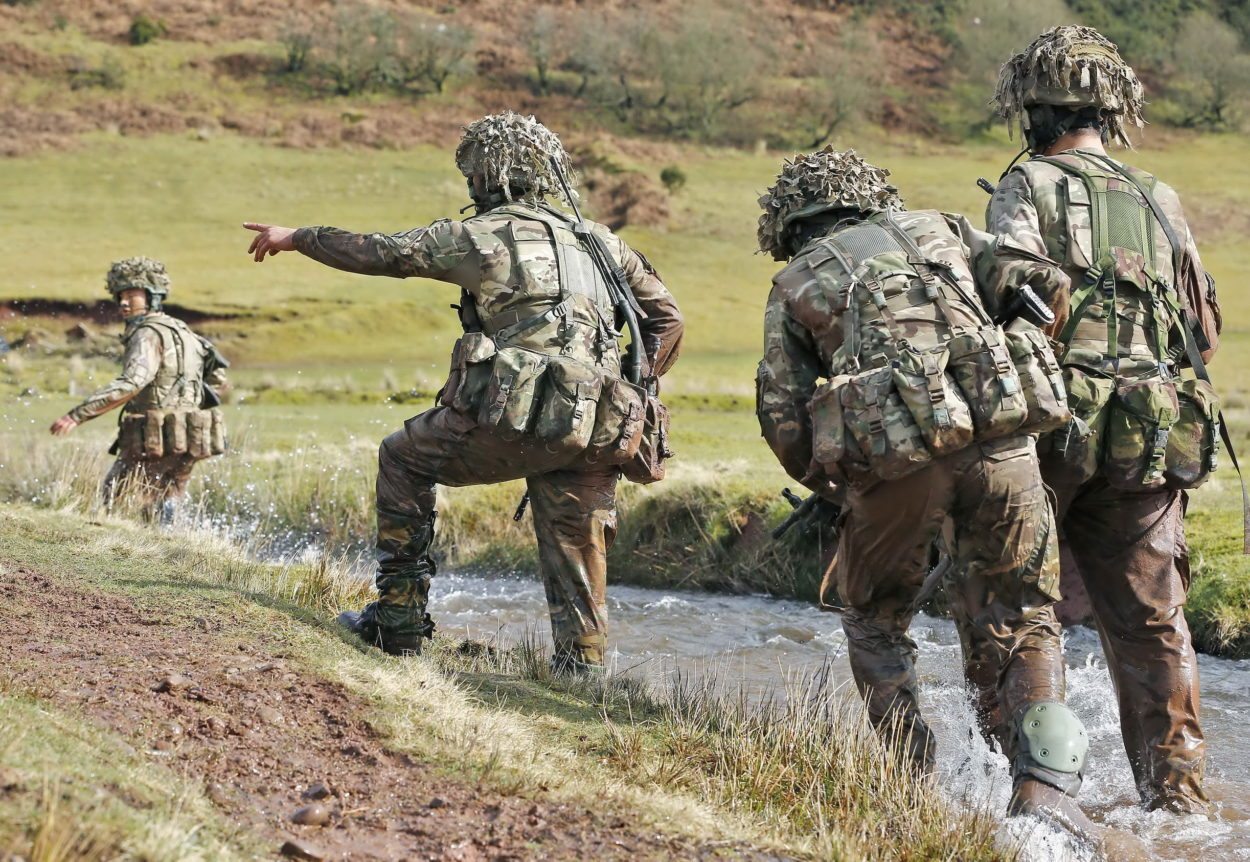 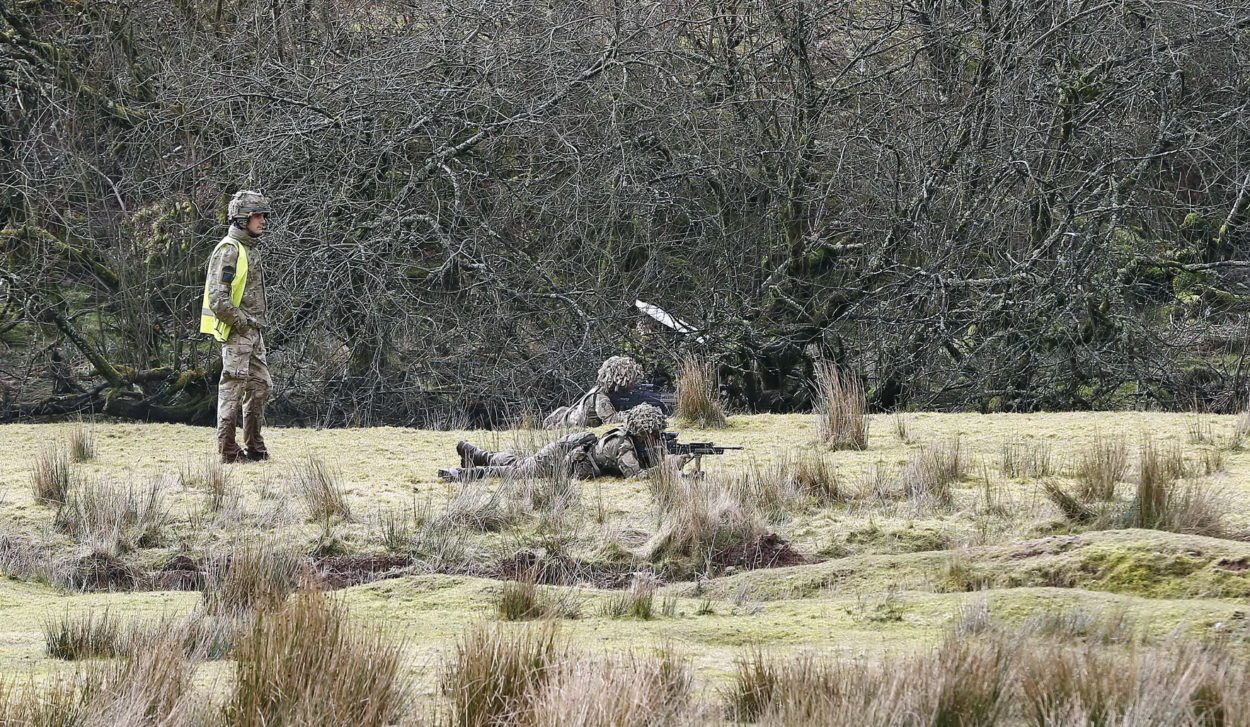 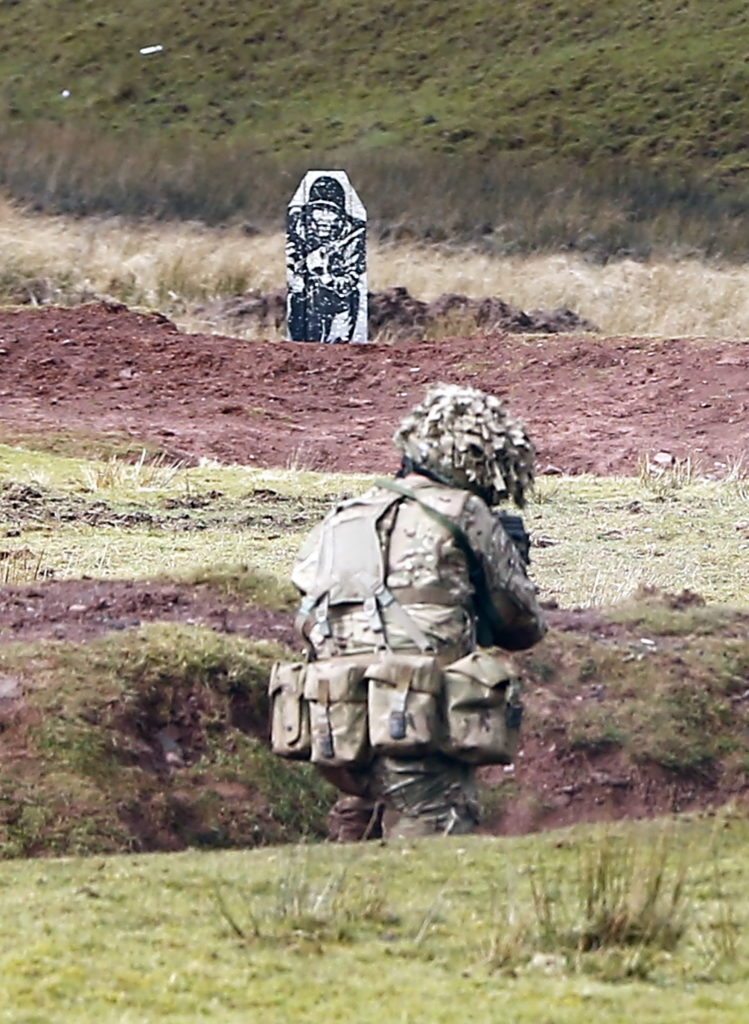 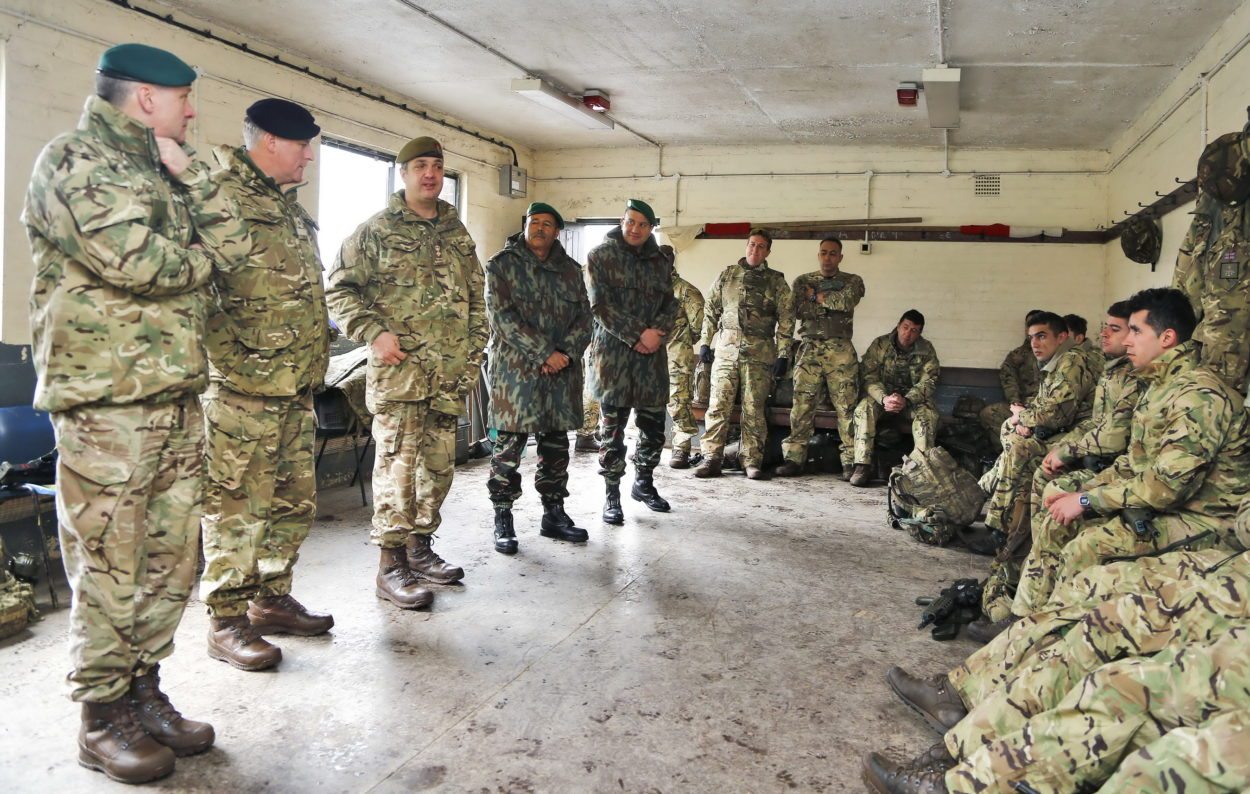 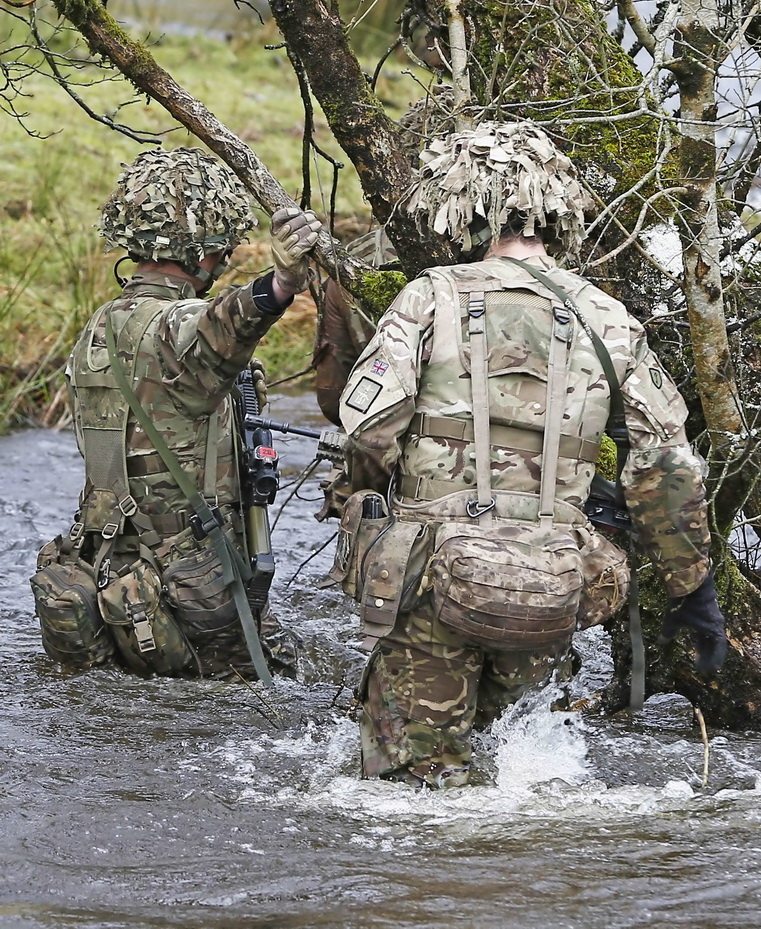 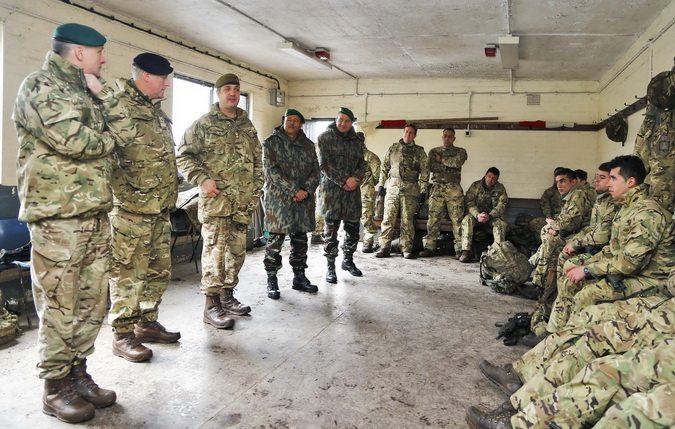