The barrel of a 'counter-bombardment' 9.2inch gun used to defend the Rock until the 1950’s started its journey to a new home on Tuesday, as it was loaded onto a flatbed from the scrap yard where it has spent the past five decades.

It was the first time in the gun’s history that it had even been lifted as the techniques used to put in into the scrap yard 50 years ago have changed immensely.

Watching the job was the man who placed it there in the first instance, Francis Silva, together with Peter Jackson from the Heritage Trust, Dominic Lopez the Government’ archaeologist at the Ministry for Heritage, and his colleague Keith Sheriff and other interested parties.

Among them was Elias Tapiero, the managing director of Metalrok and son of the late David Tapiero, who has returned the barrel and other elements that make up the gun to the people of Gibraltar, fulfilling one of his father’s wishes in doing so.

“There was an urgency to remove it from the site because it was taking up a lot of space. So our entire mindset was to get Monteverde with us and let’s talk to the guys that run the EcoPark and get a group of people together to move it out as soon as possible,” said Mr Lopez.

“We pinpointed a site down at Europa Point which is the Brewery Crusher site and once all the pieces are there we would wait for funding and piece it together and move it,” he added.

Planning permission for the gun to be displayed at Europa Point was recently granted. 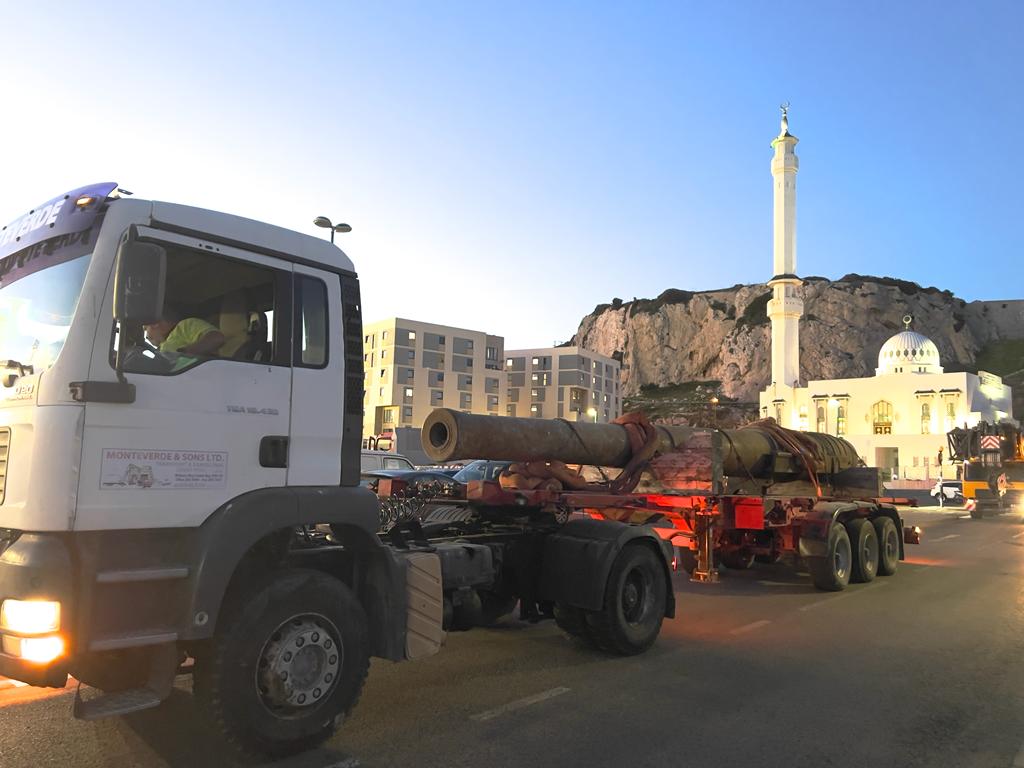 While there are volunteers ready to help with its restoration, funds will be needed to carry out the works.

“We have the site, it is just a matter of getting the money and the people together,” said Mr Lopez.

He noted too, however, that the hardest part, the removal of the gun, its barrel and other pieces, was done.

“It has been a logistical nightmare getting it out. Once it is there it is just a matter of repairing it and moving it.”

“It’s not been only this [referring to the barrel] but the pedestal was enormous, the actual carriage was enormous as well. We moved all of that a week ago,” he added 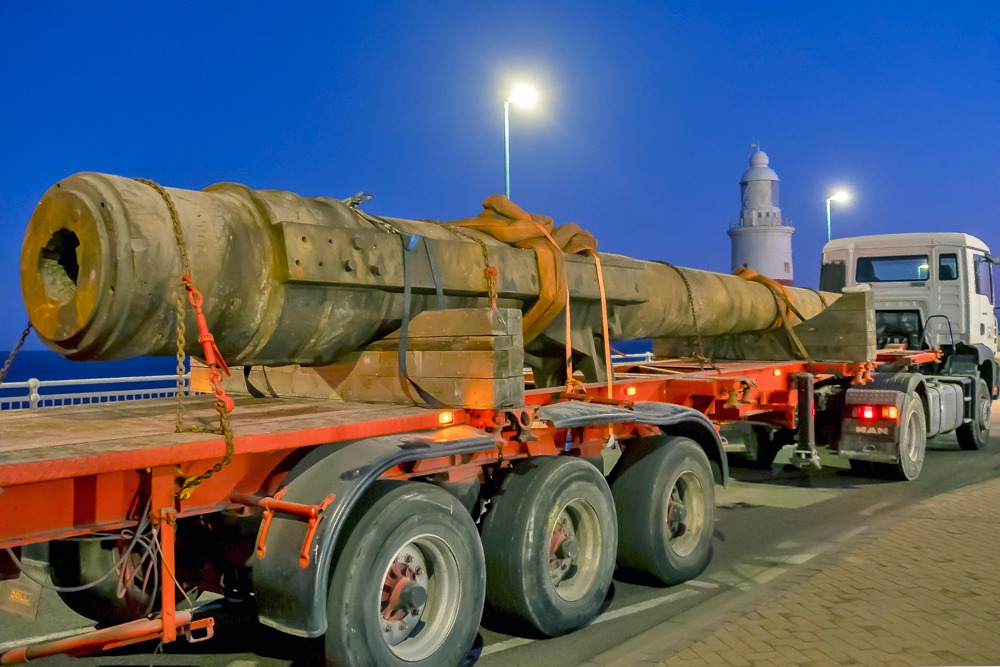 The operation just to remove the barrel from the scrap yard took hours.

The crane, supplied free by Monteverde, had to be put in place to lift the 32-tonne barrel.

The barrel then had to be moved from where it had laid for years and placed on the ground of the yard.

Then another Monteverde vehicle, a flatbed this time, manoeuvred its way down the narrow streets onto Flint Rd and into the yard.

Once the barrel was lifted onto the flatbed and secured it started its journey to Brewery Crusher at Europa Point, where it will remain until the next phase of its restoration is ready to start.

Police escorts ensured the vehicles were able to move with ease especially through the tunnel, where traffic was stopped allowing it to drive straight through the middle.

This was all organised by retired RGP officer Paul Davie, who had experience during his years on the force in matters like this.