Marie Harrington completed her World Oceans Day challenge when she walked into Ocean Village on Tuesday evening having taken 2.5 million steps by walking around the Rock for 143 consecutive days.

The founder of local environmental conservation organisation ‘Our Precious Ocean’ had completed her final 11.26km walk and raised over £3,000 and awareness for Whale and Dolphin Conservation in the process.

“I feel like Forrest Gump in the movie when he said I am real tired now I think I am going to go home,” she added laughing.

The walk had been taking her around two hours, but the last walk took 45minutes more than that as Ms Harrington wanted to savour the moment as much as she could.

In addition, she was joined by a very special guest, her Mum, Liz Roper, who had flown in from the UK to walk those last 11.26km with her.

“I never knew when I started this what it would become and I would just say to anyone you know if you come up with a crazy idea one day or you think of something impulsive then just do it because you never know what you can achieve or where it can take you,” she said.

“And, what it has done for me over the last four and a half months personally and professionally. My relationship with the charity, people that have walked with me that I never knew before and I have new contacts and friends for life now and the money I have raised. The difference that is going to make for the charity.”

“It has been the most worthwhile thing I have ever done in my 43 years of existence.” 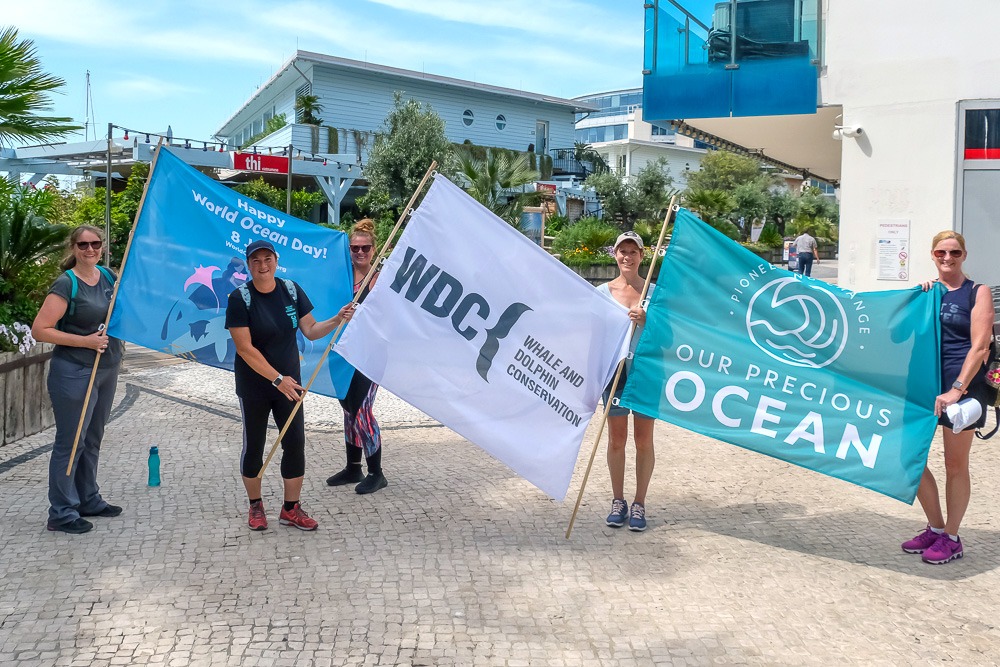 Ms Harrington is in the process of getting Our Precious Ocean registered at the charities commission in Gibraltar and has already started to plan for next year’s World Ocean Day.

“I have already got stuff planned for next year’s World Ocean Day which is hopefully is to host an Our Precious Ocean festival,” she said.

“I will be on the beach or somewhere if I get the appropriate permissions to do it in the right place and we will have a stall with some information on the campaigns we are running. We are going to have some live music and we are going to have the Blue Crew where kids can join up for after school club.”

Ms Roper walked the last trek around the Rock with her daughter and had this to say.

“I am very privileged to have been in on the last lap.”