Marie Montegriffo, a former Government minister, Gibraltar’s first female Mayor and an accomplished sportswoman who championed the role of women in society, died on Thursday at the age of 72.

Politicians past and present paid tribute to a woman described by the GSLP, of which she was one of the original members, as “an extraordinary human being whose human and socialist values guided her throughout her life”.

Ms Montegriffo began her political work in the Transport and General Workers Union in the ACTS branch in the 1970s.

She was elected to the House of Assembly in 1984 when the GSLP won all seven opposition seats, and later became a minister when the party formed government in 1988. She later served another stint in Opposition after 1996.

In government she was the Minister for Medical Services and Health and also Minister for Sport, serving too as the Mayor of Gibraltar from 1988 to 1995. 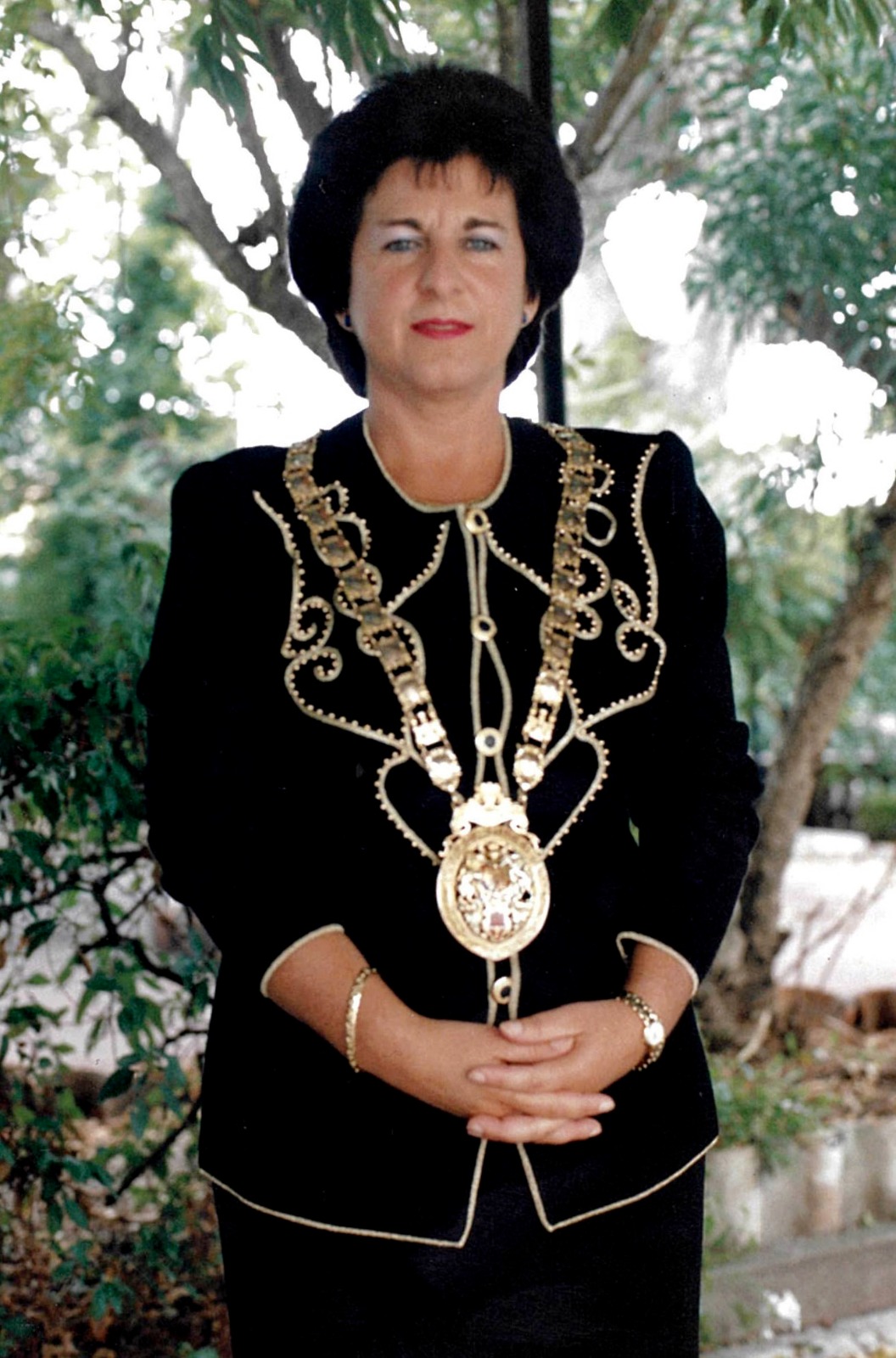 As Minister for Health she carried out many reforms to the old St Bernard's Hospital, while as Minister for Sport she presided over the organisation of the first Island Games in Gibraltar in 1995.

As a sportswoman herself, she had previously represented Gibraltar internationally.

Fabian Picardo, the Chief Minister and Leader of the GSLP, said: "I have been truly saddened to hear of Marie's passing.”

“I sat next to Marie in the House of Assembly between 2003 and 2007 and I learnt a lot about the political history of the House from her in those long parliamentary sessions.”

“She was above all a friend and a point of reference in matters related to the health services and sport.”

“I know she had not been well for some time, although she remained in contact with me and was always supportive of our work as a party.”

“In politics she was one of the team of trailblazers who transformed Gibraltar in the late eighties under the leadership of Sir Joe and in the Mayoralty her contribution as Gibraltar's first woman Mayor was historic, but it was her flair, her personal warmth and her engaging ability to represent all Gibraltarians with a friendly smile that impressed the most.”

“She devoted over 20 years to public service in Gibraltar and held an exemplary record both as a Government minister and as an Opposition parliamentarian.”

In his capacity as Chief Minister, Mr Picardo added: “The deepest condolences of the Government and people of Gibraltar go out to her family and friends, especially her partner Gillaine at this sad time.” 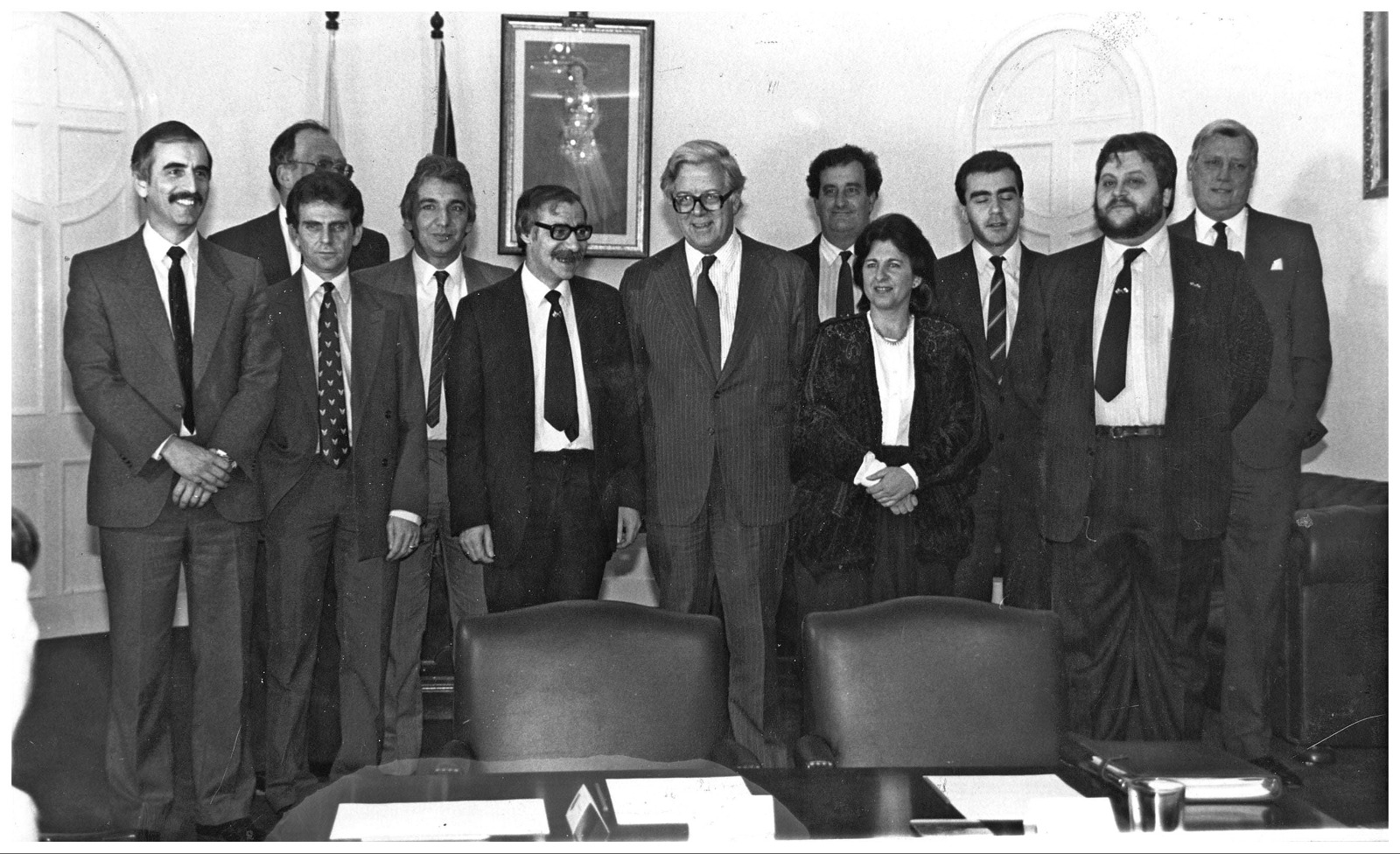 Sir Joe Bossano, the founder of the GSLP, spoke of his sadness at the news of Ms Montegriffo’s death, with whom he had been friends for many decades.

“She had battled her illness for years and remained in contact with all of us on the GSLP throughout,” he said.

“I still remember vividly the days we worked together on the union, in the Opposition and in the Government and remember Marie's hard work in those days as we turned Gibraltar around.”

“Appointing her as Gibraltar's first woman Mayor was important, but she got the support of the House for the appointment not because she was a woman but because she was the right person for to represent all Gibraltarians.”

“I extend my condolences to Gillaine and her whole family."

Pepe Baldachino, the chairman of the GSLP and a former government minister who had served alongside her, said: "My family and I, and the whole of the GSLP family on behalf of executive and membership, offer our deepest condolences to Marie's partner Gillaine and to her brother Christopher and sister Annette.”

“We have known Marie since the 70's when she started on the TGWU and my family will truly miss her, as, indeed, will the whole of the GSLP family.”

“She might have left us but will never be forgotten by the GSLP for her contribution to the party and Gibraltar as a whole.”

“May you forevermore rest in peace amiga Marie." 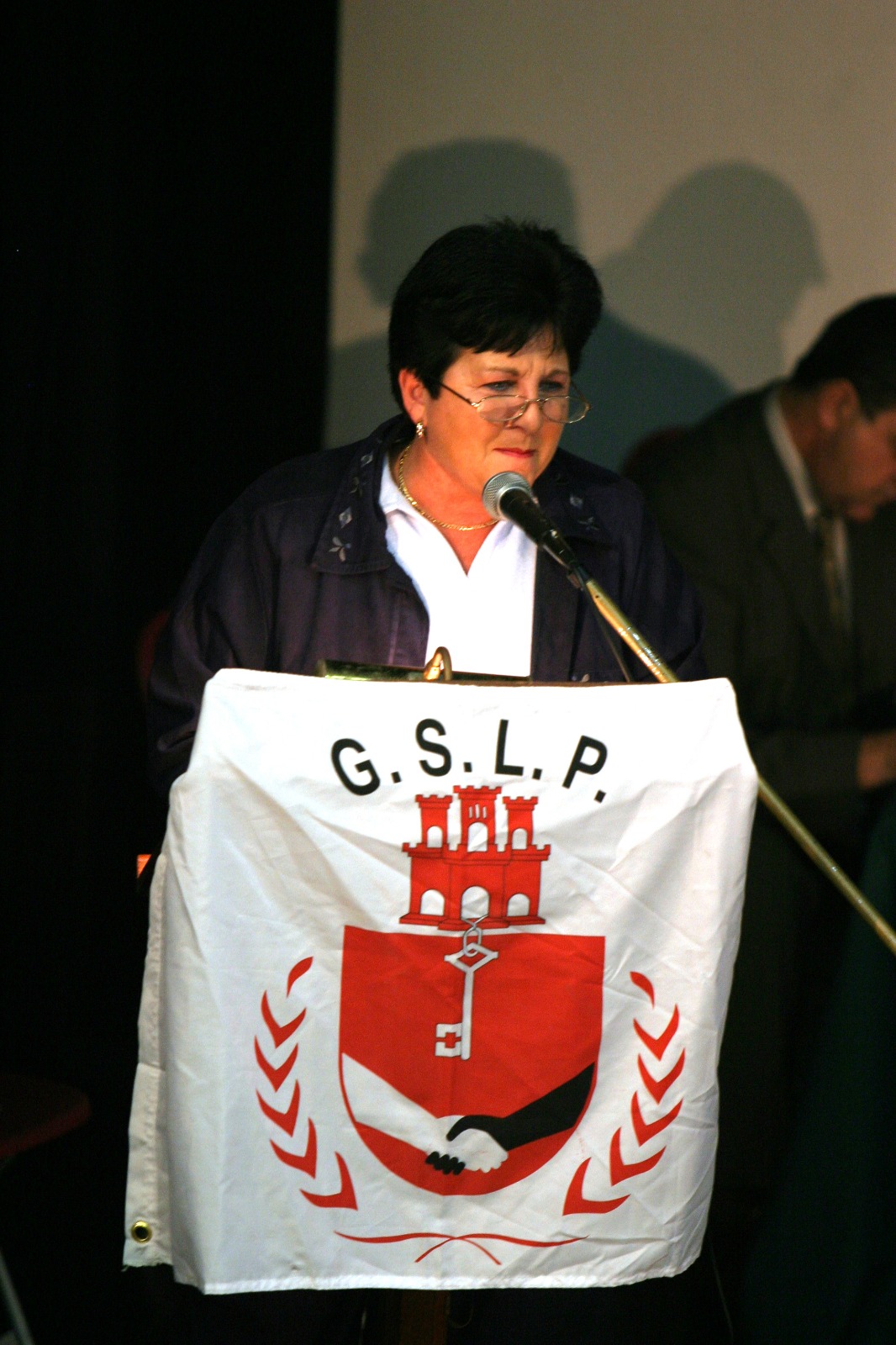 There were tributes too from the Opposition bench.

Keith Azopardi, the Leader of the Opposition, acknowledged the “major role in politics” that Ms Montegriffo had played over many decades and in different roles.

“She was Minister for Health for many years and then after 1996 my direct opposite number in the House of Assembly,” he said.

“She was a tenacious political advocate at all times and we had a really good, constructive and friendly relationship beyond the political differences on issues.”

“Our condolences and best wishes to her family and friends.”

“Marie trailblazed in her political roles in many respects and was an example to young women.” 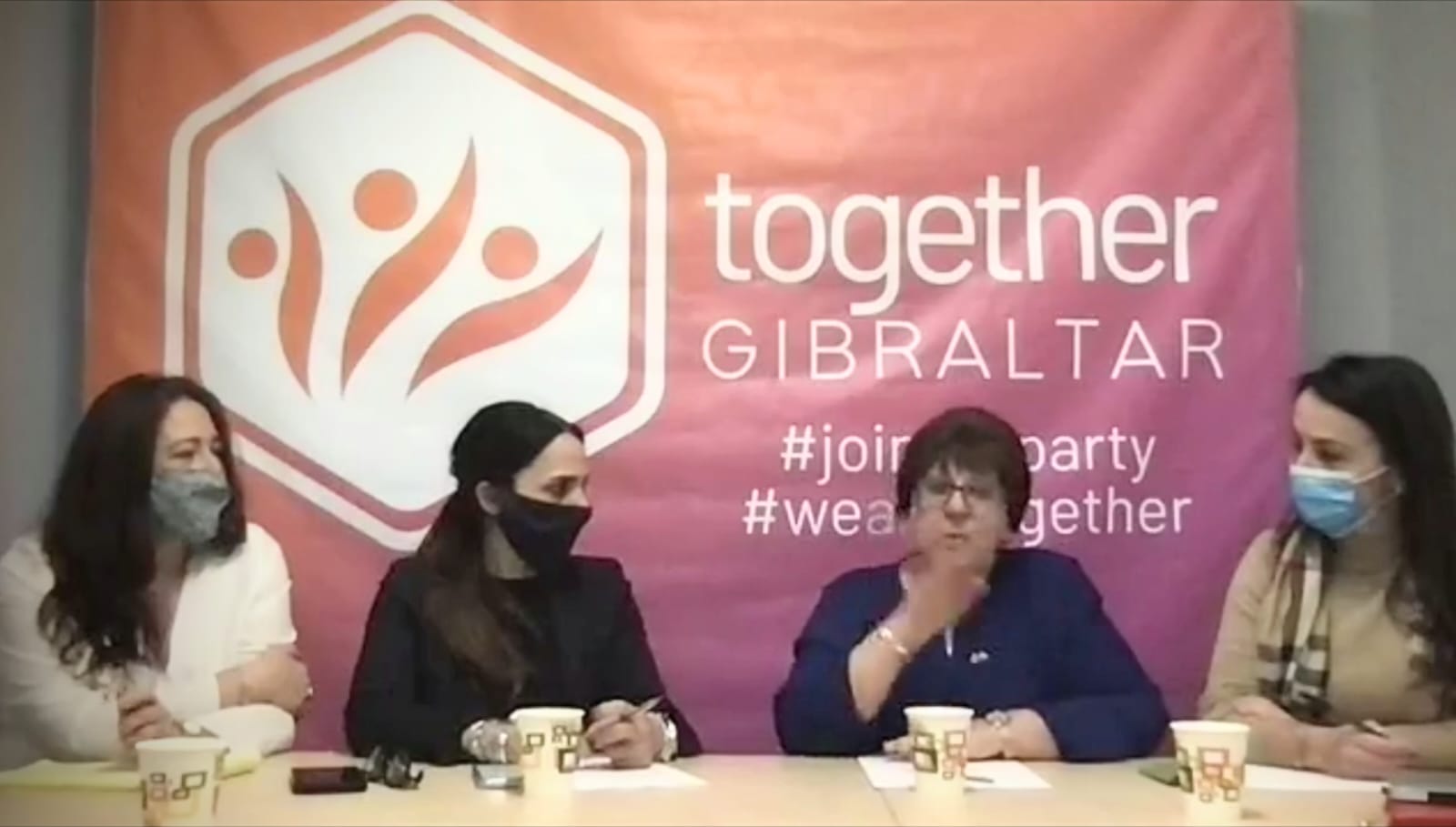 Marlene Hassan Nahon, the Leader of Together Gibraltar, said Ms Montegriffo was “a woman of principle” who had served as an example to all women who dared to challenge social conventions that restrained the role of women in society.

“As a friend she was kind, generous and supportive, always ready to give insightful advice,” Ms Hassan Nahon said.

“As a politician she was an example of honesty and mindful pragmatism.”

“She was faithful to her party, but was also capable of discussing issues openly and honestly, always prioritising the greater good of the community.”

“It was this openness and temperance that allowed her to take part in Together Gibraltar discussions and engage with political rivals with elegance and respect.”

“These qualities, which we now associate to a bygone era in which politics was more about the betterment of society and less about self-aggrandisement and partisanship, should be praised and recognised by our community as we celebrate her life and achievements.”

“May her example lead us all. Our most heartfelt condolences go out to Mari’s wife Gillaine, her family and friends.”

The Deputy Chief Minister, Dr Joseph Garcia, also reflected on the loss of “a passionate defender” of the Gibraltarians alongside whom he had sat in Opposition.

“Marie was a fighter all her life,” Dr Garcia said.

“I had the privilege of serving with her in Opposition from 1999 until she retired in 2007.”

“She was a great parliamentary performer, with a wonderful grasp of the issues, as well as a passionate defender of the right of the people of Gibraltar to determine their own future.”

Flags will fly at half-mast from all government buildings, the GHA and City Hall on Friday in honour of Ms Montegriffo.

Her funeral will take place on Friday at 1pm from St Theresa’s Church.