Mercedes, the Rock’s most loved Macaque, attracts the attention of many a passer-by, but sometimes the comments about her appearance are negative.
The average life expectancy for a macaque is 25 but Mercedes is in her mid-30’s, and showing her age.
“She is over 100 years old in human terms,” said Dr Eric Shaw, who runs the Macaque Management Team.
“How will you look at that age?”
There is a misconception that Mercedes is not being cared for by either her pack or the Management Team. In fact, the opposite is true on both counts.
Mercedes has never treated by the vet because she has never been sick or hurt.
She has arthritis and this is evident by how she moves. She has loose skin – like elderly humans – and she shows signs of “wear and tear”, including a missing ear lost in scuffles with pack members throughout her long life.
But while Mercedes might look undernourished to the untrained eye, she is far from hungry and is self-sufficient.
Mercedes, despite her age, still feeds herself and does so “very well”, Dr Shaw said.
“She is still able to take peanuts out of the shell.”

Many tour operators still stop when they see Mercedes by her home at the Ape’s Den and feed her titbits. Tourists also do this, even though it is against the law.
Mercedes, like other monkeys, is aware that when vehicles drive down the road, they will more than likely not stop and give her something.
As I stood watching one recent afternoon, her eyes followed each vehicle that passed and she gave me a look as if to say: ‘I would have been fed if you weren’t here’, even though she had a pile of peanuts in front of her.
Dr Shaw is concerned about unauthorised feeding, in particular where Mercedes is concerned.
“You can kill her with overfeeding,” he said.
“People feed her and she may not cope with the quantity of food.”
As with elderly people, Mercedes’ immune system is not as strong as the younger pack members and she can catch a cold from a human.
This is why it is important that people do not get too close to her, for fear they could make her sick.
Again, because of her age, Dr Shaw and his team worry during winter and summer, because of the extreme cold and wet or heat and humidity she may experience.
Mercedes self-grooms and is willing to let the juveniles, including her great great grandchildren, clean her also.
In doing this, she displays her patient nature as young macaques are still learning how to groom and are not necessarily every good at it, or gentle.
Mercedes may keep herself to herself during the day, but this does not mean she is not getting along with other pack members because every night, she sleeps with her pack.
Up until a few years ago, Mercedes had a sister and the duo used to sit on the wall by Ape’s Den passing the time.
Because of her age, “she has the oldest genes” and it is very likely that Mercedes is related to each and every Macaque on the Rock, Dr Shaw said.
So the next time someone comments on Mercedes’ appearance, remember: “She is over 100 years old in human terms. How will you look at that age?” 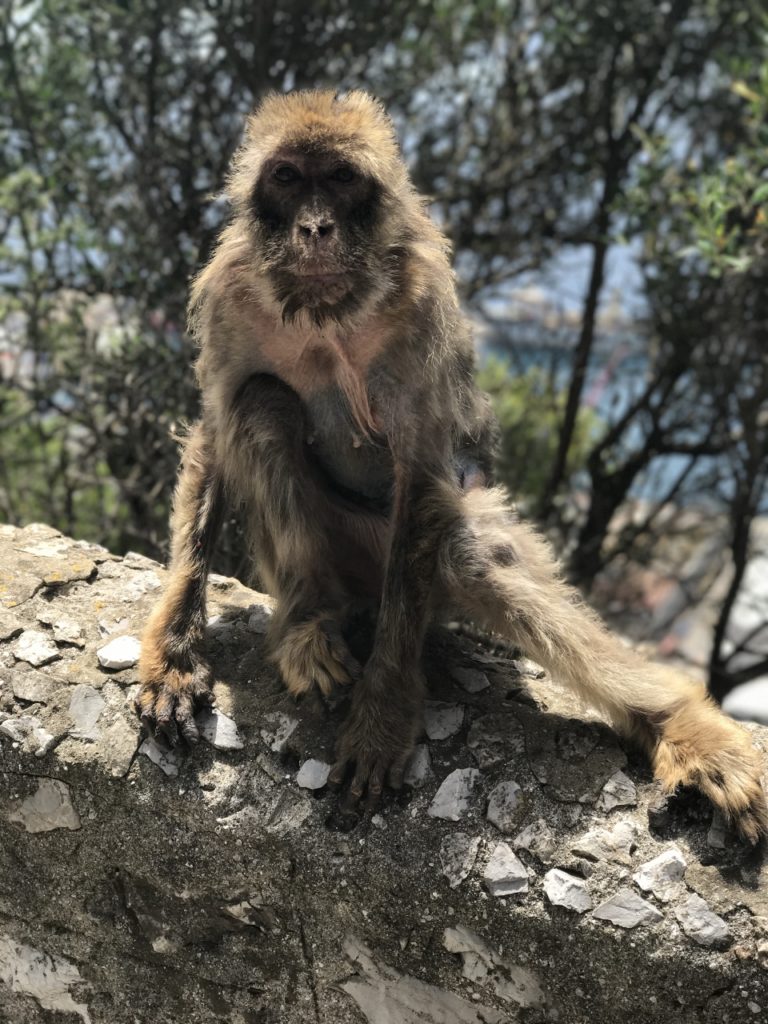 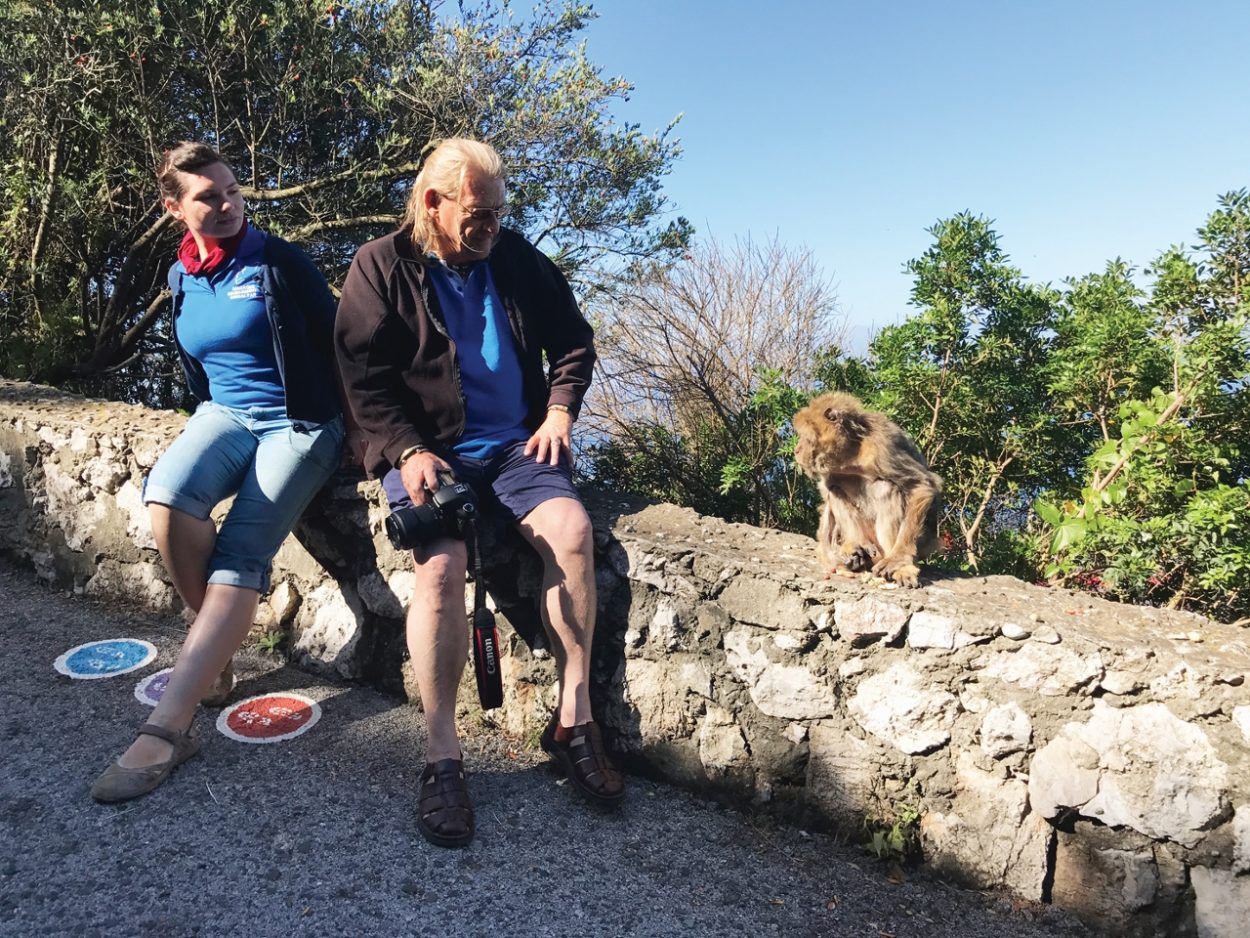 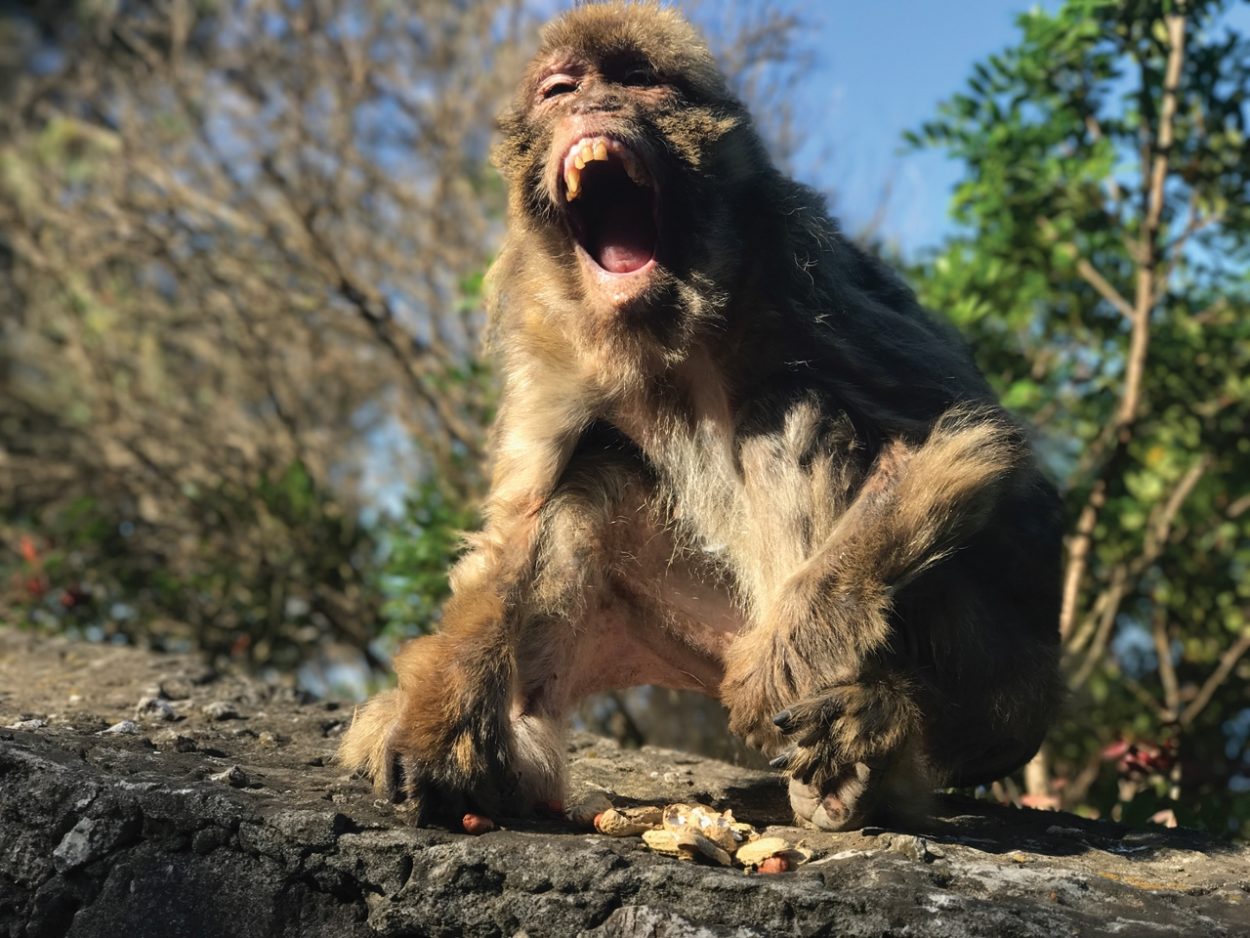 Show me your teeth. A healthy set of teeth are displayed by Mercedes as she yawns while basking in the morning sun. 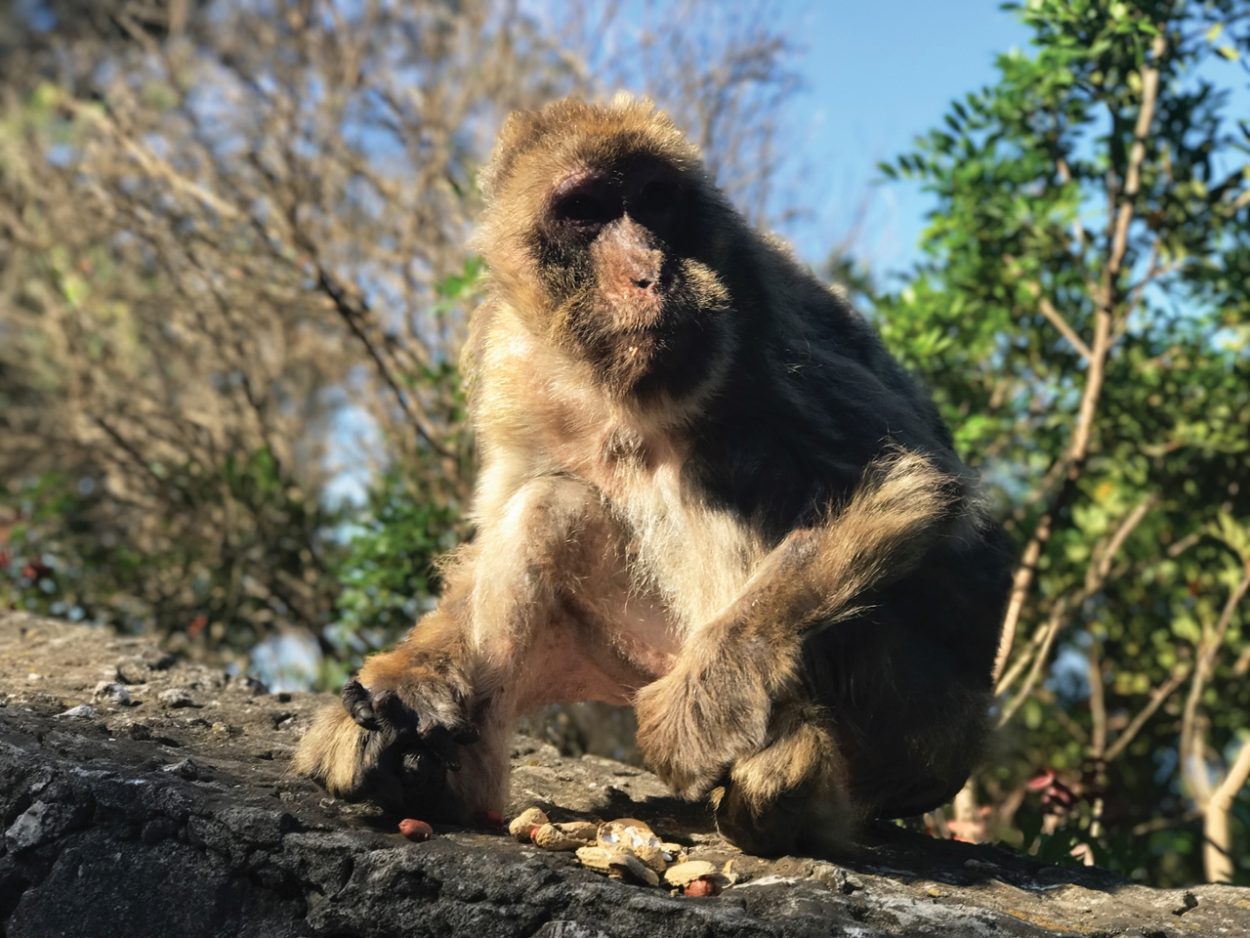 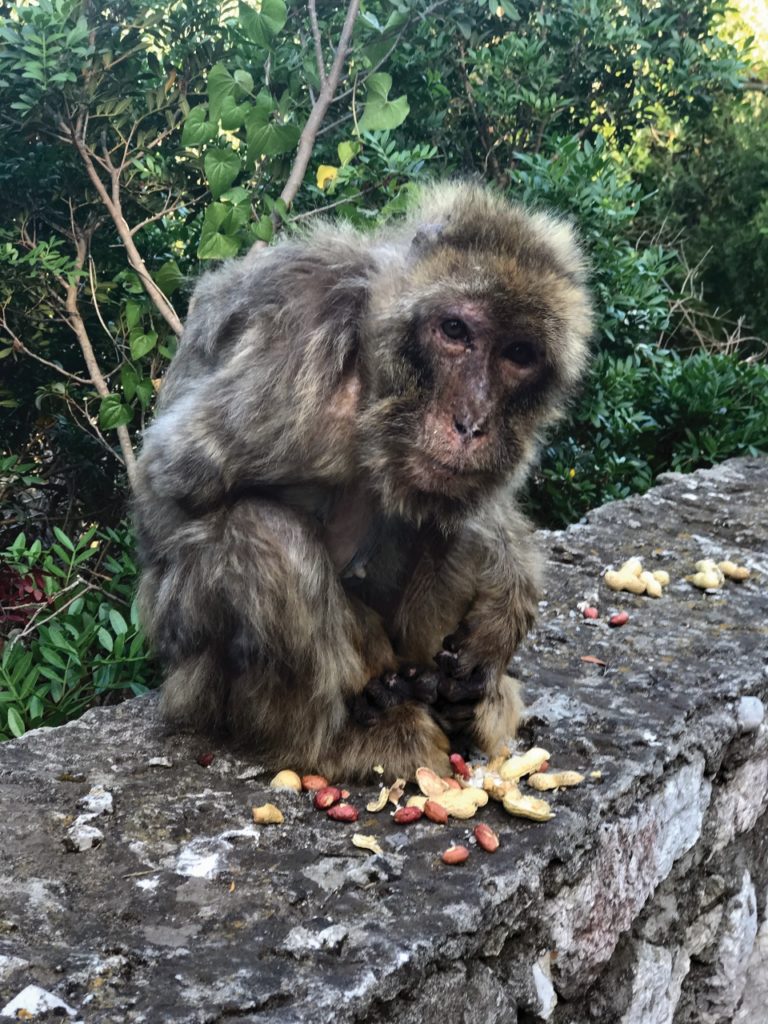