Migration season is resulting in some rare sightings of puffins in Gibraltar.

“We do see them and we are on the lookout for them,” said Stephen Warr from the Department of the Environment.

He explained that puffins that have spent the winter in the Mediterranean will now migrate to the northeast Atlantic.

But while they pass by Gibraltar every year during their migration, they mainly stay out in the Strait, making sightings of them within BGTW rare. 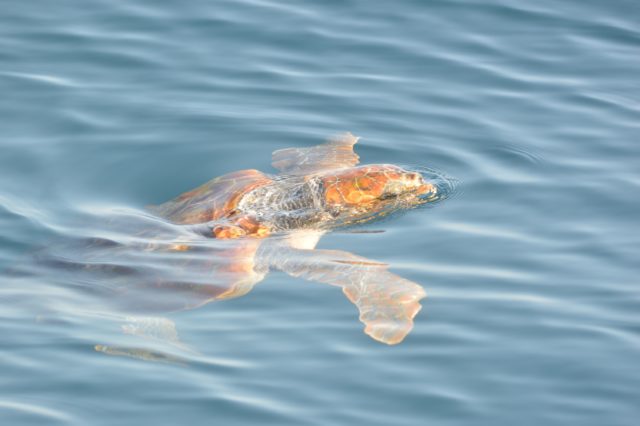 In addition to the puffin, a loggerhead turtle was also spotted within Gibraltar waters off Europa Point.

Mr Warr explained that sightings of loggerhead turtle are not unusual but that more have been reported in recent years.

However, officials at the Department of the Environment cannot tell if this means greater numbers of turtles or simply more people reporting sightings.

These turtles are also migrating and will be heading out into the Atlantic Ocean. Scientists are working on tracking them to study population and migration routes.

The loggerhead turtle is not the only breed of turtle spotted in BGTW.

The largest of all the turtles, the leatherback, also swims in these waters.

However, their sightings are not as common. Last year, one was spotted swimming in the Bay.