By PA and Chronicle staff

Light-fingered monkeys from Gibraltar, picnics with giraffes and boating trips with hippos were among a half-century of memories being recalled as a safari park marked its 50th anniversary in lockdown.

Plans for a weekend-long celebration were scuppered by the coronavirus outbreak so Blair Drummond Safari Park near Stirling marked the milestone without any visitors.

The park is home to a troop of Barbary macaques shipped to Scotland from the Rock in 2014 as part of a plan to control monkeys that were causing havoc in town at the time.

Officials here identified the 30 worst offenders by monitoring how far they ranged from their home on the Upper Rock Nature Reserve into built-up areas. 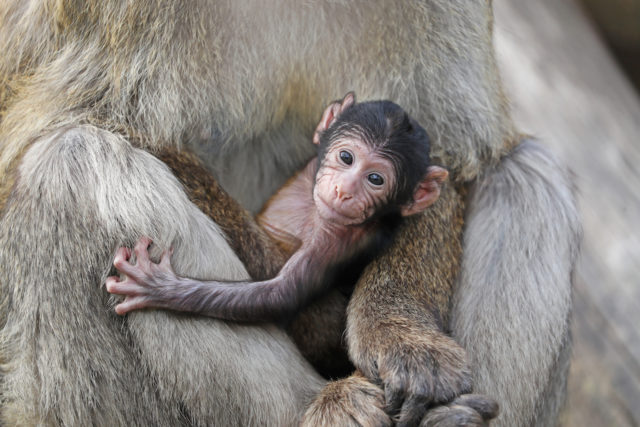 The monkeys were then trapped over a three-week period in August and September that year and flown to Scotland on a chartered cargo plane accompanied by two experienced keepers.

Six years later, as part of the 50th anniversary celebrations, park management had organised for visitors to be transported through the reserve on classic cars from the 60s and 70s and a vintage bus, as well as planning to hand out slices of a giant birthday cake.

But as the park remains closed due to the pandemic, keepers celebrated the anniversary with the animals on Friday while socially distancing – marking the occasion with 50th birthday cakes in both human and animal varieties.

When it first opened its gates on May 15, 1970, Blair Drummond was the only safari park in Scotland and just the third in the UK.

The 160-acre site is now home to more than 300 animals, including a pride of lions, Barbary macaques from Gibraltar and Scotland’s only herd of giraffes.

Park manager Gary Gilmour said: “It has just been so surreal with the great weather we have been having and no visitors around to enjoy what should have been a great day.”

“When we first opened our gates 50 years ago it was only £1 a car and the queues stretched for nine miles.”
“We had three lion reserves and the monkey jungle reserve.”

“It was a bit like Russian roulette taking your car around the monkeys then, everyone remembers when their granddad’s prized car was ambushed by a rogue group of monkeys and then leaving the reserve minus a car aerial or wiper blade.” 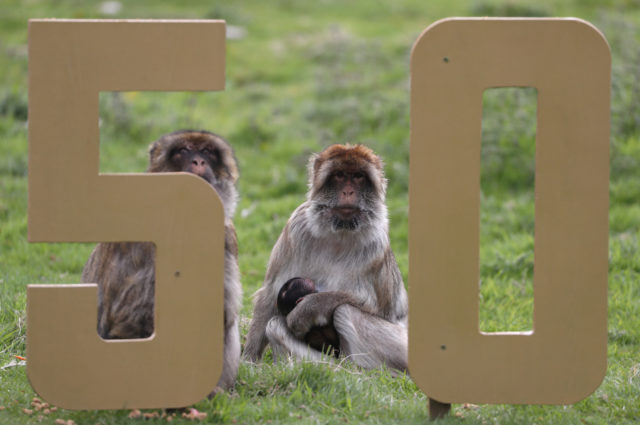 “Nowadays you have an option to use a bypass route for our Barbary macaque reserve.”

“Then customers were able to walk or have a picnic on the lawns in front of the big house, where our giraffes and zebras roamed.”

“It could get a wee bit scary when a 18ft giraffe decide to go off on a gallop across the lawns. That was all before health and safety came along.”

“We also had six sea lions swimming in the boating loch alongside the hippos. They would swim along next to the boat and visitors would feed them on their way to Chimp Island.”

“Over the years the park has had quite a few celebrities through its gates including John Cleese, Billy Connolly, David Tennant and Princess Anne to name a few, and lately Peter Kay filming Car Share in 2016.”
“The animal keepers have been keeping our customers engaged when we are closed with weekly live animal talks on Facebook.”

Mr Gilmour praised the public for their continued support.

He said: “On our website our lions webcam has been getting 15,000 hits a day with people trying to catch a glimpse of our lion cubs Hope and Faith.”

“Even though we are closed for now, we have had a lot of support from the public purchasing animal adoptions and gift cards off our website.”

Application to extend and refurbish property in Devil’s Gap

GSD calls for lockdown to be extended