Mother and daughter Lisanne and Amelie Piñero are cutting their long hair and running a combined total of 116km in 30 days for the Little Princess Trust. 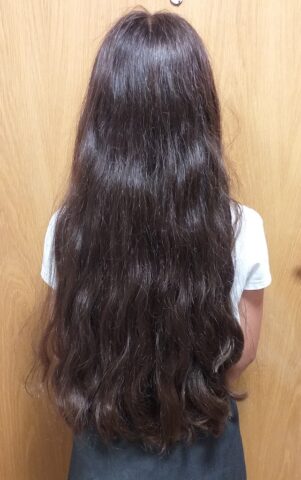 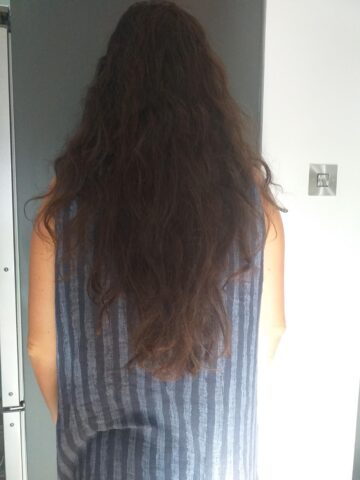 Lisanne will run a total of 100km in 30 days, a challenge for someone who does not run, and Amelie, 10, aims to run 4km a week having completed her first 2km, while chatting away, on Tuesday evening.

“Sadly a friend of mine in the UK had a little boy that was diagnosed with leukaemia and as we were about to meet up for a university reunion the news came through”, said Lisanne.

“It put things into perspective and her daughter cut her hair when he was losing his hair to raise funds and it got me thinking it was a lovely thing to do.”

Amelie was not readily onboard in the beginning but as her mother talked more and more about doing it, she not only wanted to join in but the planned haircut was getting shorter and shorter with each discussion.

“My hair is really long and I want to cut it shorter and its brilliant hat I can recycle it to help somebody who has cancer and has to lose their hair,” stated Amelie on their Just Giving page.

Lisanne is chopping the hair that flows to her lower back into a short ‘pixie’ cut. Amelie too has long hair and is cutting hers to shoulder length.

“I think something as simple as having a hair piece gives you a few minutes or an hour you can just get away from the seriousness of such a horrible and deadly thing,” said Lisanne.

Originally the page was set up so people could donate to their haircut fundraiser but that changed a few days in.

“We got to £400 really quickly, like in a few days. And then everything stopped,” said Lisanne, adding if she wanted to raise more she might have to up the ante.

“I thought, what could I do in a month? I had been thinking about adding a physical element. Something simple that I can do at any time. That I didn’t have to go to a gym to do and I could do it at my own pace.”

Her husband, Nicholas, is a runner in local club Carpe Diem Running Club and inspired by him and her father and brother, she thought she would try running.

“Very hard as it turns out.”

But that has not stopped her from taking on the challenge.

“I have to run at least 3.6km a day to reach the target,” said Lisanne.

“We started last Thursday and now I am on day six [Wednesday] and I am nearly a quarter of the way there. I am on 24km something.”

“I am just slightly over target which is good because if I do need a day off or whatever that would be good.”

“But, ideally I would finish a couple of days early,” she added as this would tie in when she was due to cut her hair.

Lisanne said she was also inspired by her colleague who recently swam the Serpentine for Research Into Childhood Cancer (RICC).

Marina and Urban Angels will take the scissors to their hair and is donating her services when doing so.

The duo are aiming to raise £1,000 and the ability to donate as well as follow their progress as the run around the Rock can be found at their Just Giving page https://www.justgiving.com/fundraising/Lisanne-Pi-ero