‘Movember’, the campaign where men grow their moustaches in aid of prostate cancer, was launched at the Mayor’s Parlour on Monday.

The Mayor Christian Santos and Derek Ghio, the Chairman of the Prostate Cancer Gibraltar charity, formally launched the event which will see men on the Rock join thousands all over the world in growing a moustache for the month of November to raise awareness and funds for prostate cancer research and support.

Mr Ghio announced new initiatives by the GHA at the launch, namely the fact you can now book a PSA (Prostate Specific antigens) test via email to the urology clinic at St Bernard’s, using the address: prostate@gha.gi
“Furthermore, men from the age of 50 years onwards will no longer need to make an appointment with a GP at the Primary Care Centre to request a PSA test,” said Mr Ghio. 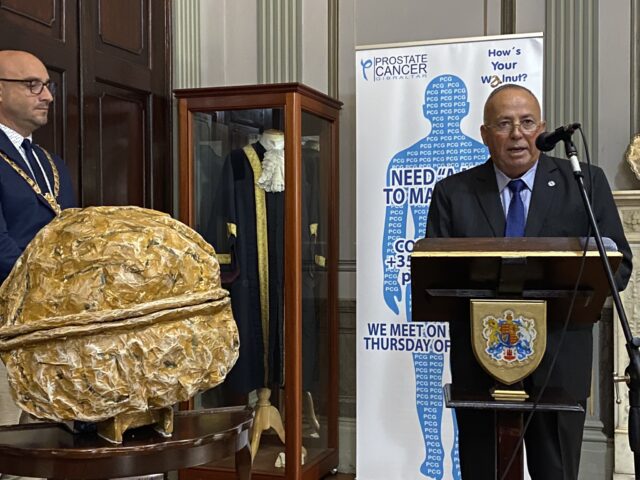 “Following your email request for PSA test, the urology clinic will review your case and appointments will be generated with a bloods department and should the PSA result be of concern, an MRI will be requested if clinically required.”

“Every year, Prostate Cancer Gibraltar informs the community of the symptoms of prostate cancer and the crucial importance of an early diagnosis. This saves lives,” said Mr Ghio.

He explained that a growing trend indicates that more men who have shown no symptoms are being diagnosed with prostate cancer.

He added that the charity has three committee members who were diagnosed with prostate cancer without showing any symptoms.

He echoed the charity’s appeal for men to have their PSA test done and to encourage other men to do the same.

Also present at the launch was the Prostate Cancer Gibraltar committee including the first female committee member, Lidia Baldachino.

“And these women need to be supported through the tough times and will also want women to encourage their partners to get the PSA testing as this can save lives.” 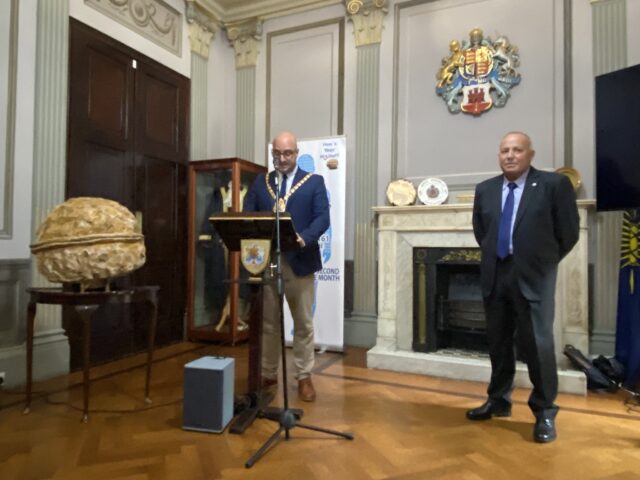 Mr Santos stressed how important raising awareness is as early detection of prostate cancer can literally save lives.

“It is important for every member of the community, males, females and everyone, to get the support that they need when encountering something like prostate cancer or any other disease or illness,” he said.

He added he is looking forward to seeing “half the male community with moustaches, taking us back to the 1980s.”

The Chief Minister, Fabian Picardo, was not present at the event and instead it was attended by the Minister for Environment, Dr John Cortes.

However, Mr Picardo did record a video that was shown to everyone present.

In that video he said: “November is the month to spread awareness about prostate cancer.”

“I know that the GHA, together with Prostate Cancer Gibraltar, are working in close cooperation over the last year to achieve great progress in terms of early detection services.”

“The Walnut Prostate Cancer campaign will be holding a number of fundraising events throughout the month. And I'm inviting the whole community to take part.”

“The highlight of the fundraising efforts is the annual shave-off event on Saturday 26th of November from 10 to 1[pm] in Casemates,” he added.

The charity also showed a video that will be posted on social media.

In the video, they advise men that prostate check-ups have for a number of years no longer done been done as a physical examination by their doctor.

The prostate is now checked with a simple blood test, known as the PSA.

This Prostate Specific Antigen is a protein produced by cells in the prostate gland. 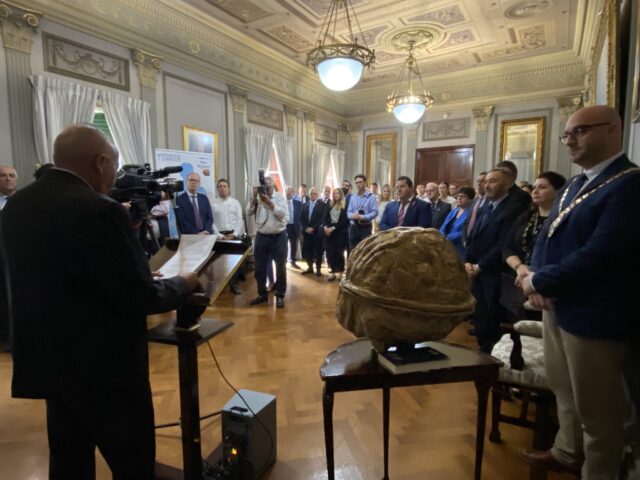 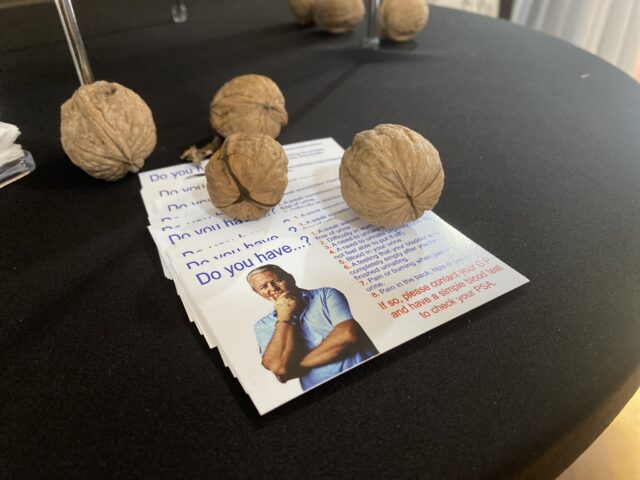