Could it be the hugely anticipated Hilary Mantel or the no-nonsense John Bercow? The latest contemporary tales from Marian Keyes or the tomes to mark the 75th anniversary of the end of the Second World War?

Whatever you fancy, there will be plenty to keep book clubs busy and create a bestselling buzz.

Bestseller predictions
Waterstones fiction buyer Bea Carvalho predicts the biggest book for 2020 is likely to be The Mirror And The Light by Hilary Mantel (Mar 5, 4th Estate), the conclusion to her Thomas Cromwell trilogy. 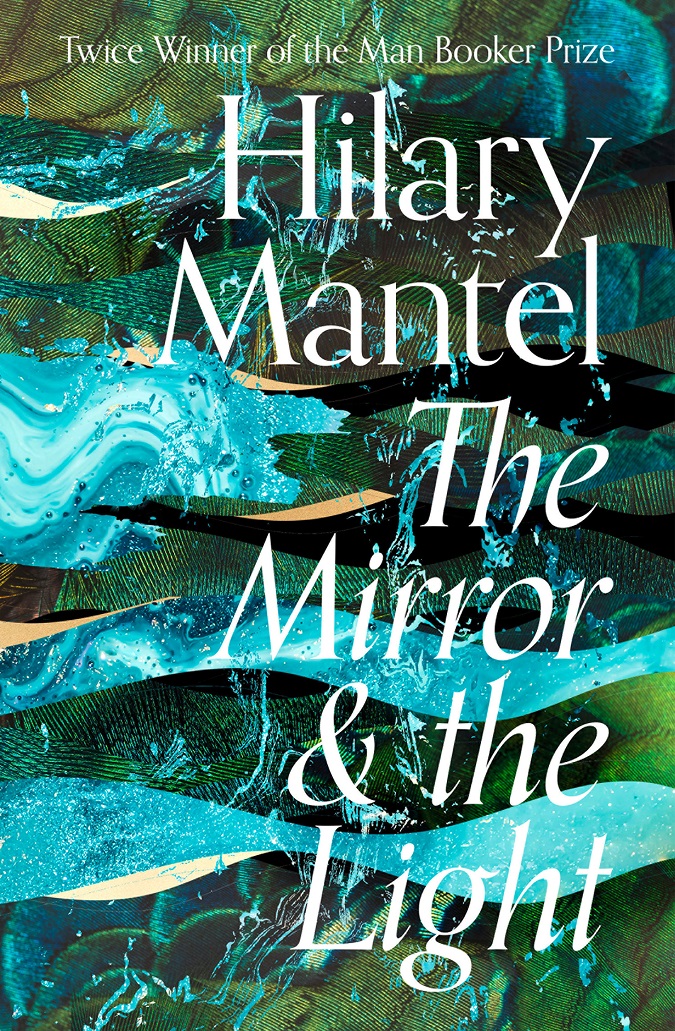 The first two, Wolf Hall and Bring Up The Bodies, won the Man Booker Prize in 2009 and 2012 and Carvalho reckons this one may well be up for another award. 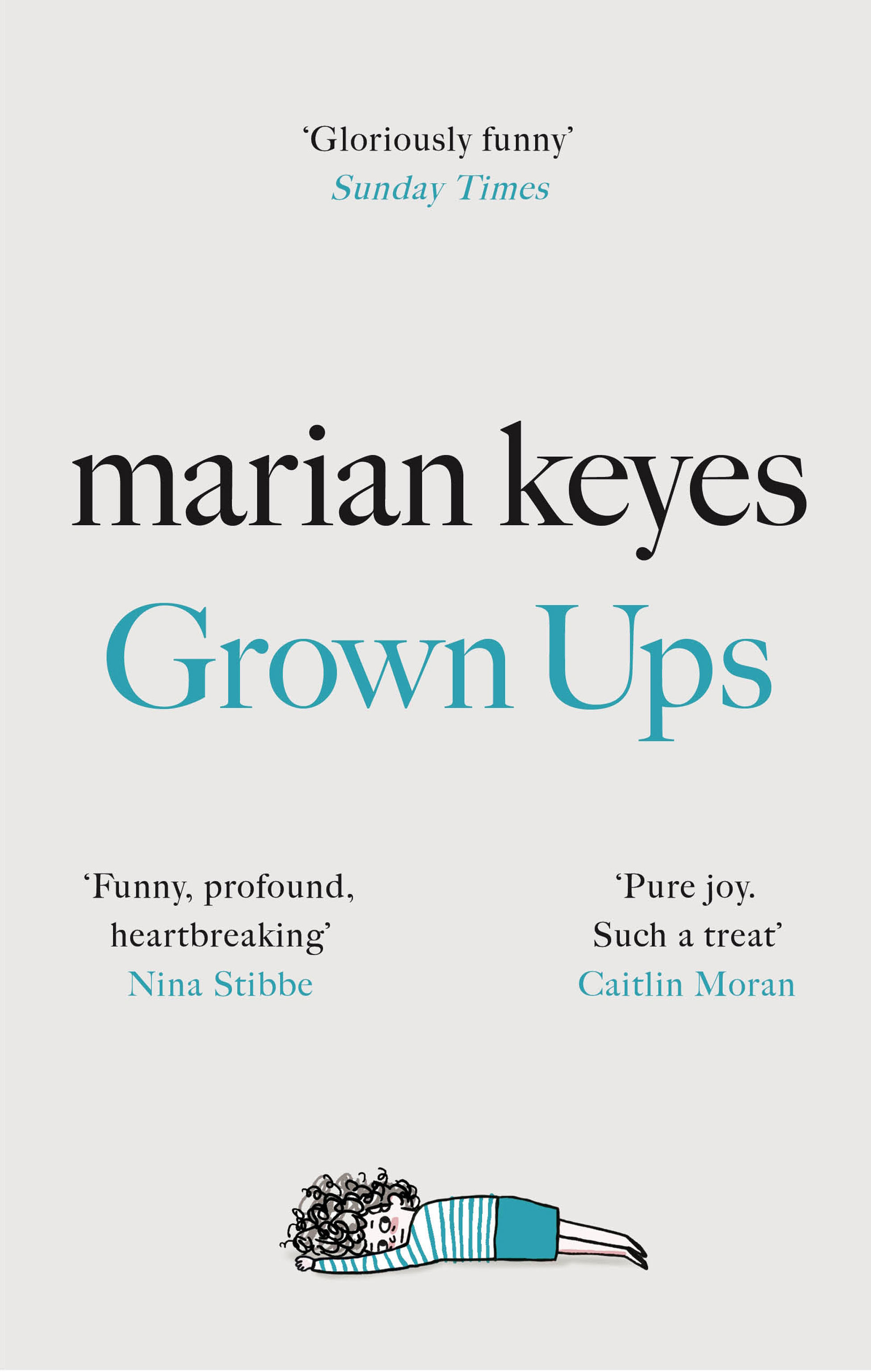 "It's already pre-ordering really well and we will launch it with all the fanfare we did for The Testaments in 2019," she says. "In terms of big brand orders, we have a new book from Marian Keyes called Grown Ups (Feb 6, Michael Joseph), which will be our lead mass market title."

In her latest novel, she turns her attention to the issue of what it means to be a grown up in the modern world, and explores what happens when people just don't behave like them, starting with a family birthday party in which a single careless remark leads to the spilling of further secrets.

"It's a look at the music scene in Sixties Soho. It's his first new title in a while, which is very exciting," says Carvalho.

Other lead titles will include Apeirogon by Colum McCann (Feb 26, Bloomsbury), a novel inspired by a true story about two men - one Israeli and one Palestinian - who both lost daughters in the conflict and who form an unexpected friendship. 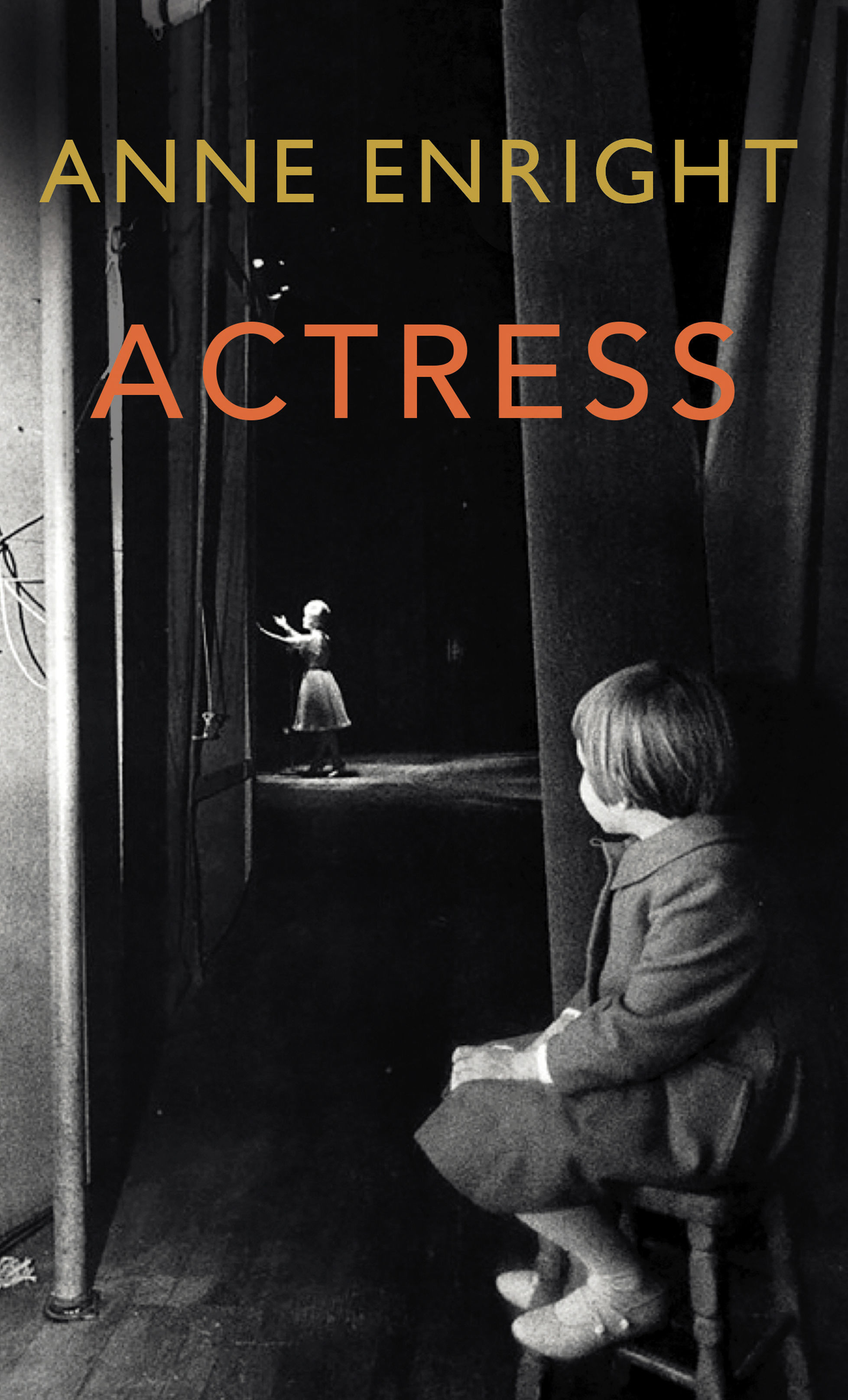 Elsewhere, there are new literary fiction titles from Anne Enright (Actress, Feb 20, Jonathan Cape), Anne Tyler (Redhead By The Side Of The Road, Chatto & Windus, Apr 9) and Rose Tremain (Islands Of Mercy, May 28, Chatto & Windus). 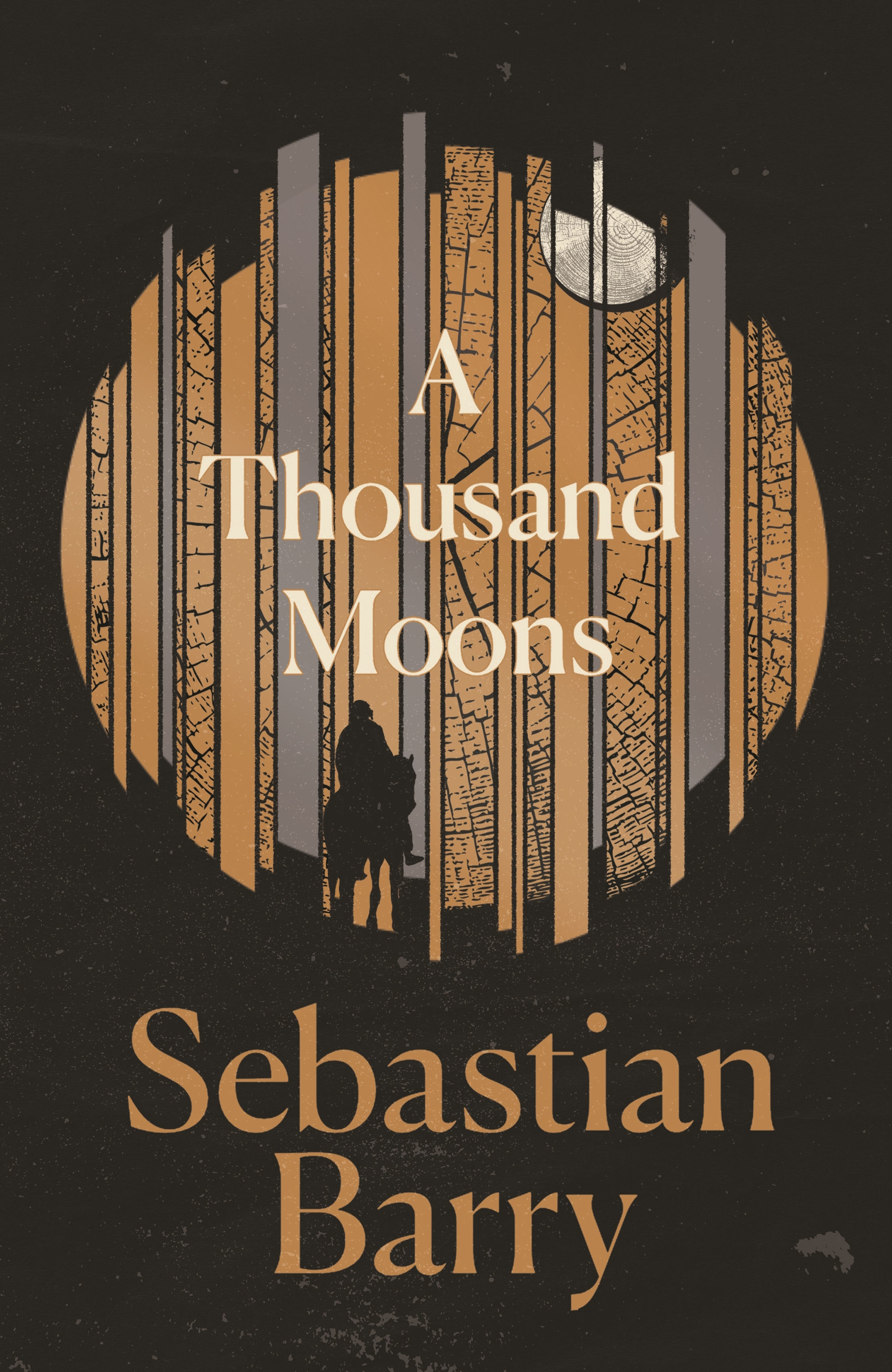 "Look out for a new title called A Thousand Moons by Sebastian Barry (Mar 19, Faber & Faber), a spin-off from one of his previous bestsellers," she recommends.

Thrillers
There's no slowing down in the popularity of crime fiction and 2020 will be no exception, with a new book from Jeffery Deaver, The Goodbye Man, his second in the Colter Shaw series (May 14, HarperCollins), in which the 'reward-seeker' who helps police solve crimes travels to the wilderness of Washington State to investigate a mysterious cult. 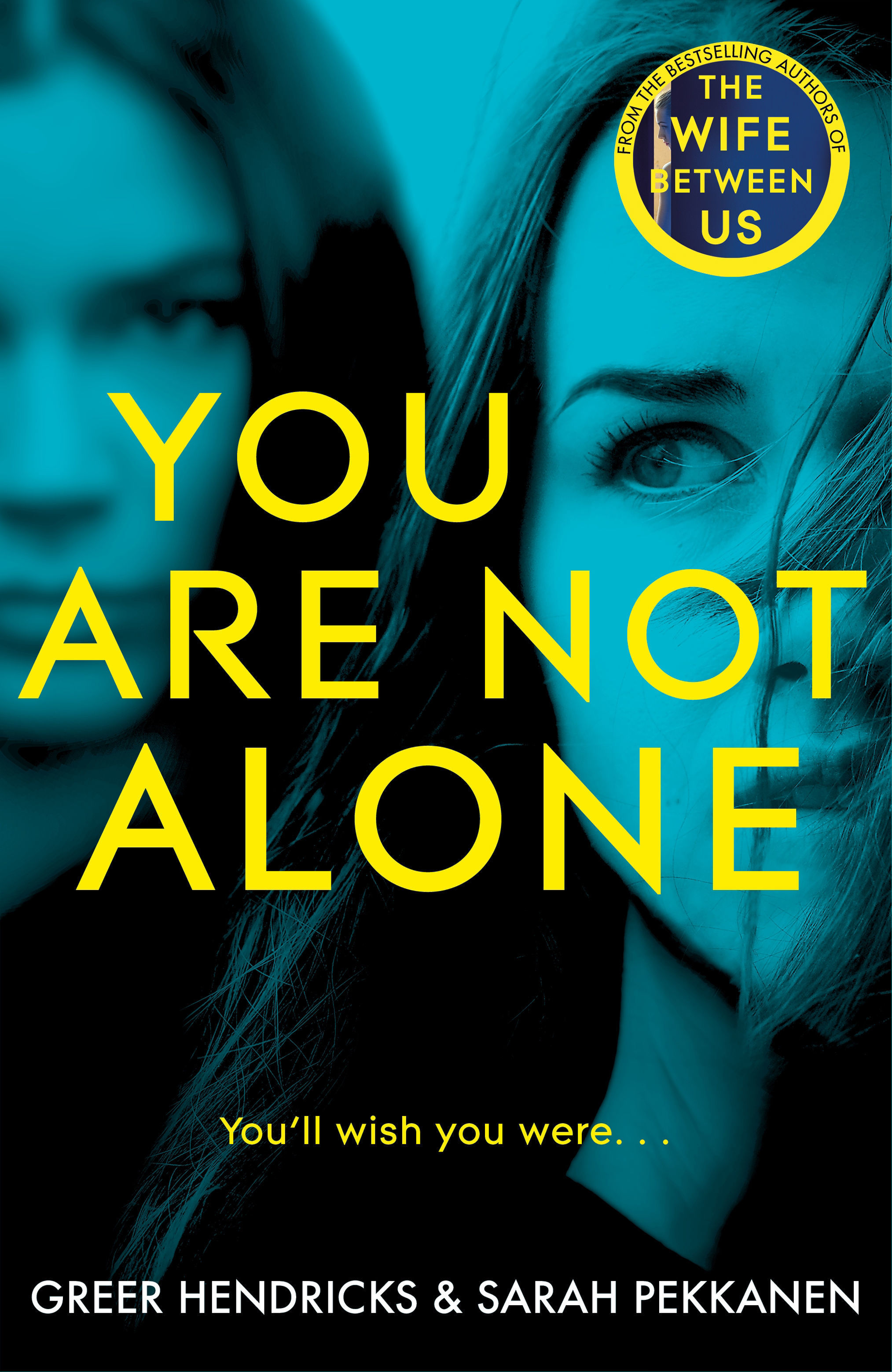 Look out for You Are Not Alone by Greer Hendricks and Sarah Pekkanen (Mar 5, Macmillan), about a woman in dead end job, unfulfilled and looking for love who wants to belong. Then she meets two glamorous sisters who invite her into their circle and initially, life seems to get better. But they are not what they seem.

It follows the huge success of their previous thrillers The Wife Between Us and An Anonymous Girl.

Sci-fi
In science fiction, there's the eighth in the bestselling Rivers of London series from Ben Aaronovitch, False Value (Feb 20, Gollancz), as well as House Of Earth And Blood (Mar 3, Bloomsbury), the first in a new Crescent City series by bestselling author Sarah J Mass. It's a modern fantasy set in a divided city which sees heroine Bryce Quinlan investigate her best friend's murder, with help from an enslaved fallen angel.

Debuts
"A UK debut which is garnering great reviews in America is American Dirt by Jeanine Cummins (Jan 21, Tinder Press), an incredible book about the Mexican migrant crisis and the experience of making the journey from Mexico to the United States. We think this could be the launch of a really impressive career. It could be a huge word of mouth hit," says Carvalho. 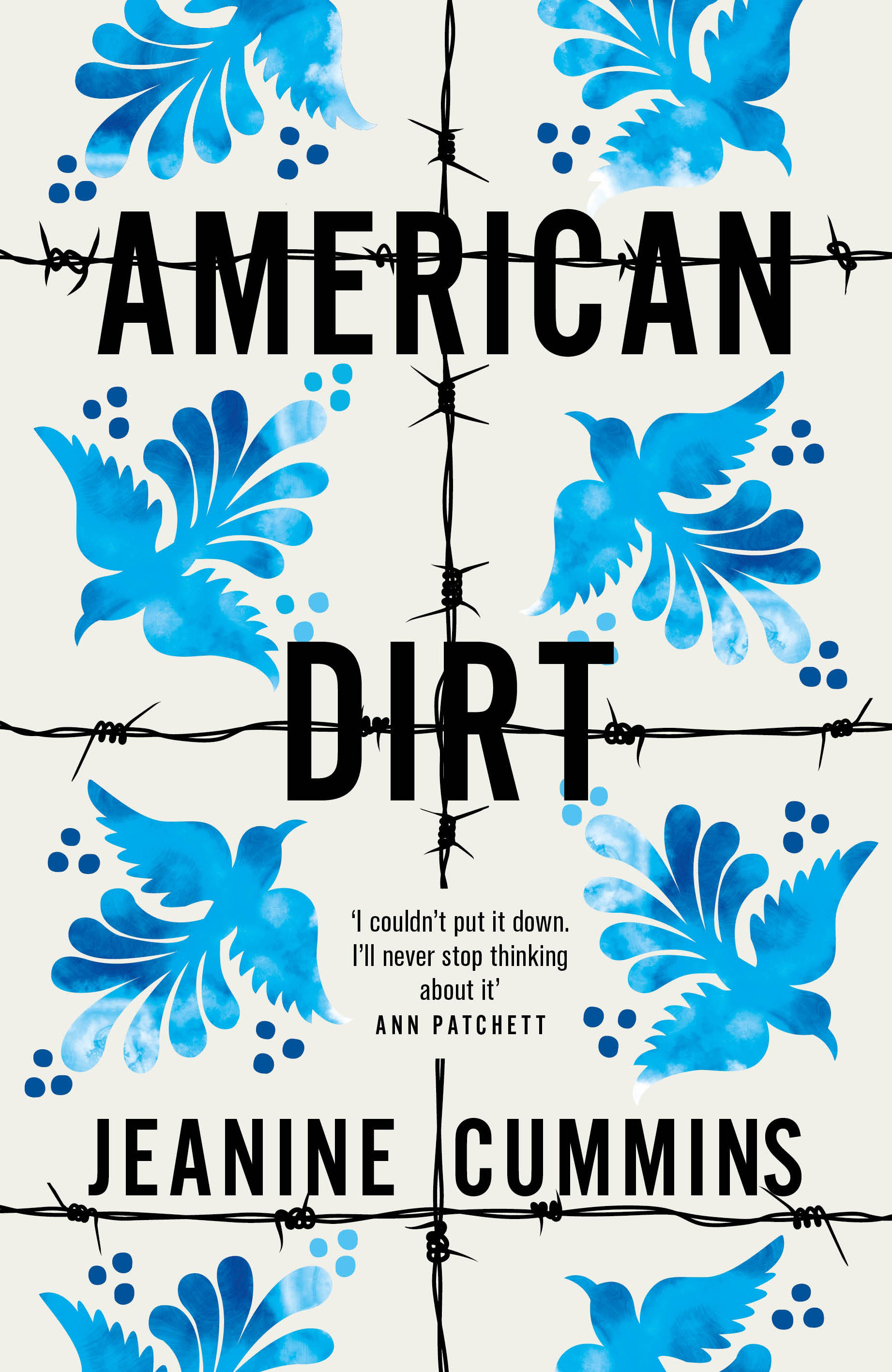 The novel follows a mother and her young son as they flee across Mexico to escape the drug cartel which has murdered the rest of their family.

My Dark Vanessa by Kate Elizabeth Russell (Mar 31, 4th Estate) is another American title that has already attracted a lot of attention, she adds. It's a disturbing tale about the grooming of a vulnerable 15-year-old girl by her English teacher.

"Others we are excited about include The Mercies (Feb 6, Picador), a debut adult novel from Kiran Millwood Hargrave, who is a very successful author of children's and young adult books.

"Based on the real-life witch hunts of 1621, it's set on a Nordic island where all the men have gone out to sea and died, and it's about the community of women trying to face the elements."

Big books for autumn include a debut novel from award-winning journalist Dolly Alderton called Ghosts (Oct 15, Fig Tree), about a woman who becomes the victim of ghosting when she takes to online dating, while her father is vanishing into dementia and her friends are slipping away.

The author has a large profile on social media and co-hosts a successful podcast, The High Low, while her first non-fiction book, Everything I Know About Love, was a huge bestseller.

"Adult publishers have lagged a bit behind children's publishers in terms of covering this for the ordinary person, but they are going to address it in 2020."

Our House Is On Fire: Scenes of a Family and a Planet in Crisis by Malena and Beata Ernman, Svante and Greta Thunberg (Mar 5, Particular Books) is likely to fit the bill, says Sanderson. 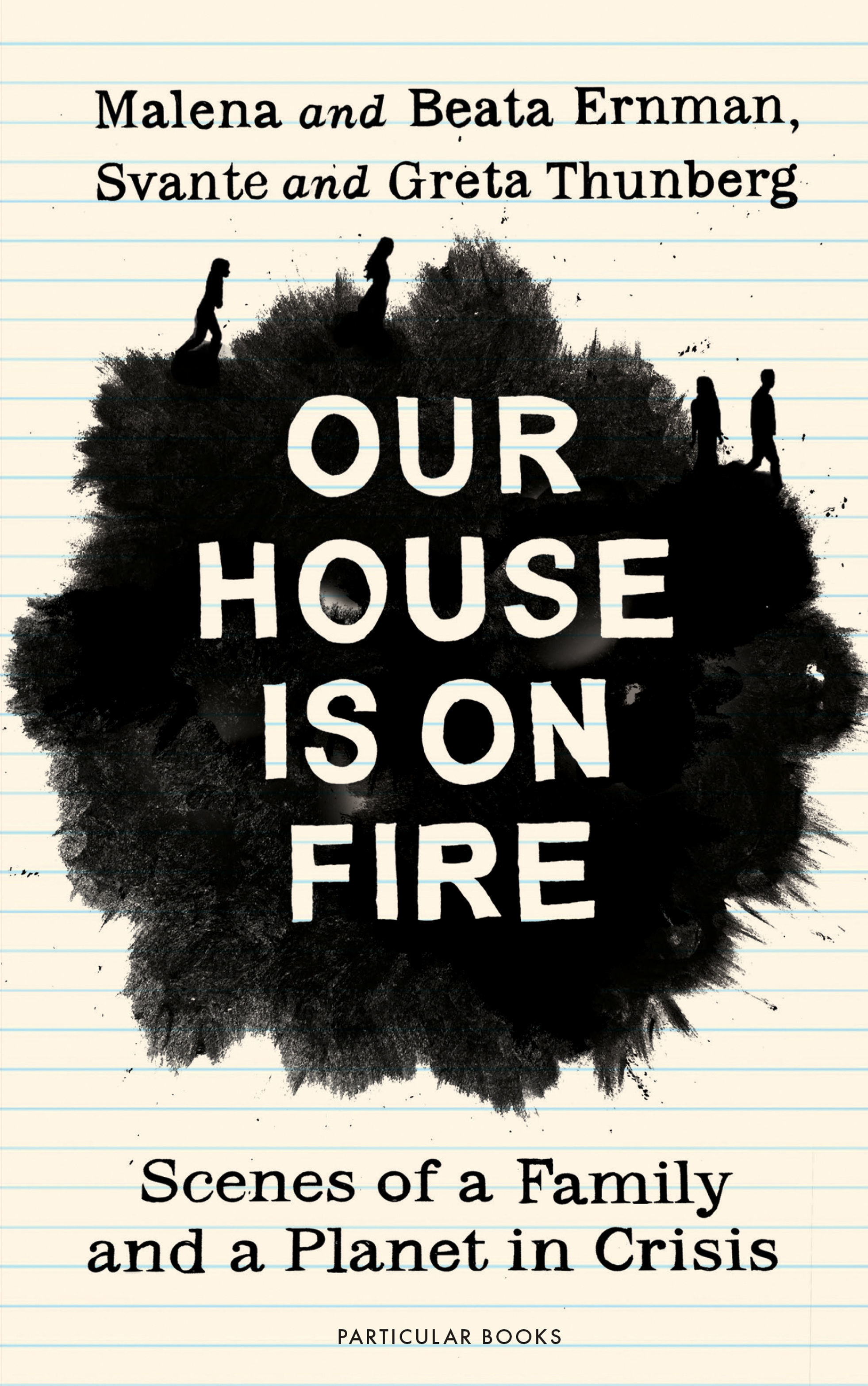 "Ex-model Lily Cole is also bringing out a title in this genre called Who Cares Wins: Reasons For Optimism In Our Changing World (Jul 16, Penguin Life), a rousing call to action that will leave you feeling hopeful that we can make a difference, exploring issues from fashion to fast food and renewable energy."

Second World War
"It amazes me that 75 years on, memoirs of surviving the holocaust are still coming out," says Sanderson. "One absolutely brilliant book is Hadley Freeman's House Of Glass (Mar 5, Fourth Estate). She's done a lot of detective work as to what happened to her family, so it's about her grandmother and three brothers." 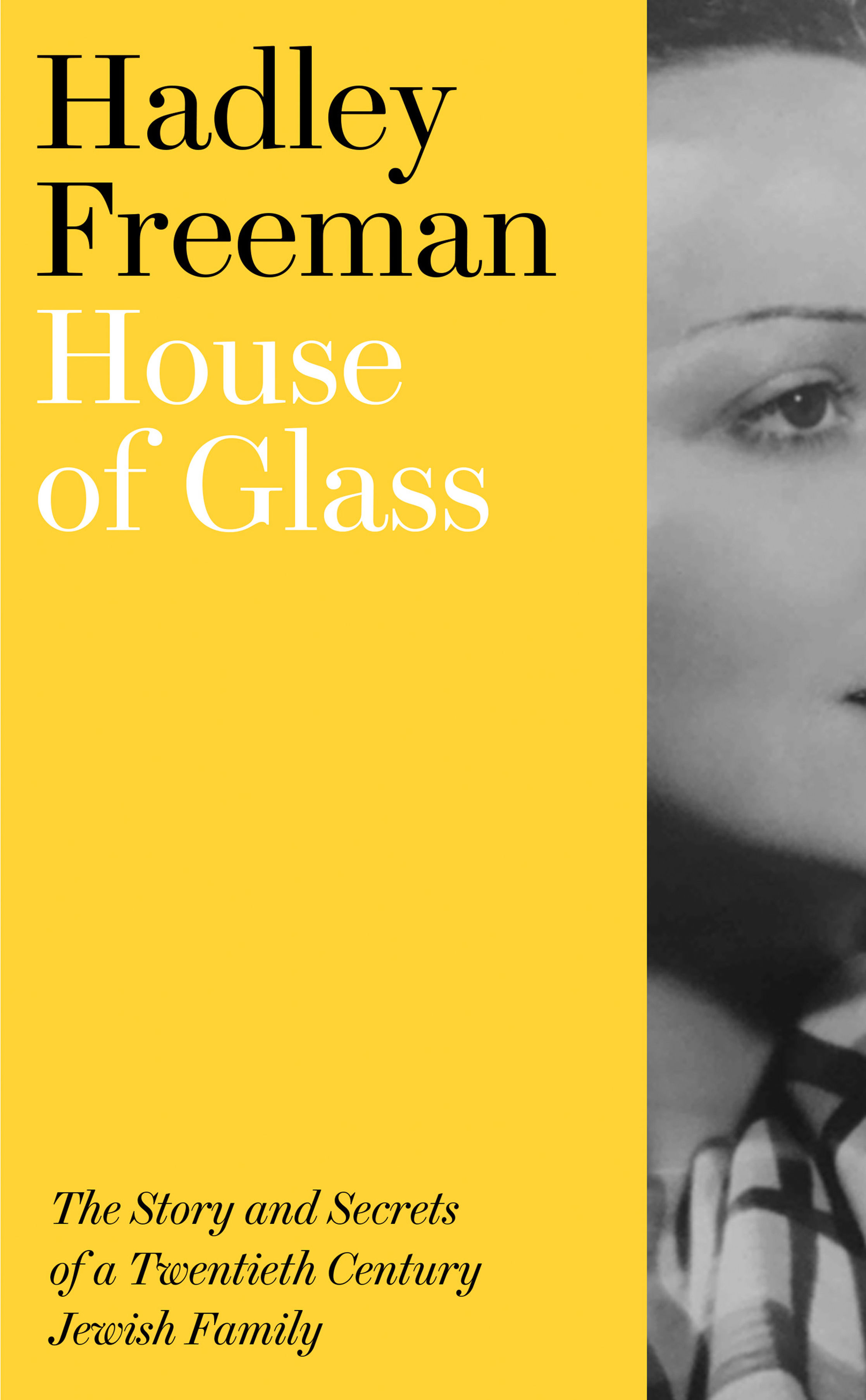 Dresden: The Fire And The Darkness by Sinclair McKay (Feb 6, Viking) is likely to be one of the bestselling titles for fans of Second World War history, Sanderson predicts, with the author bringing readers a balanced account of one of the most notorious and destructive raids in the history of aerial warfare.

Memoirs
The heavyweights going head-to-head this spring are Michael Cashman, whose memoir One Of Them (Feb 6, Bloomsbury) charts his life from Albert Square to the House of Lords, and John Bercow, whose autobiography Unspeakable (Feb 6, Weidenfeld & Nicolson), covers his story from childhood to parliament and the speakership. 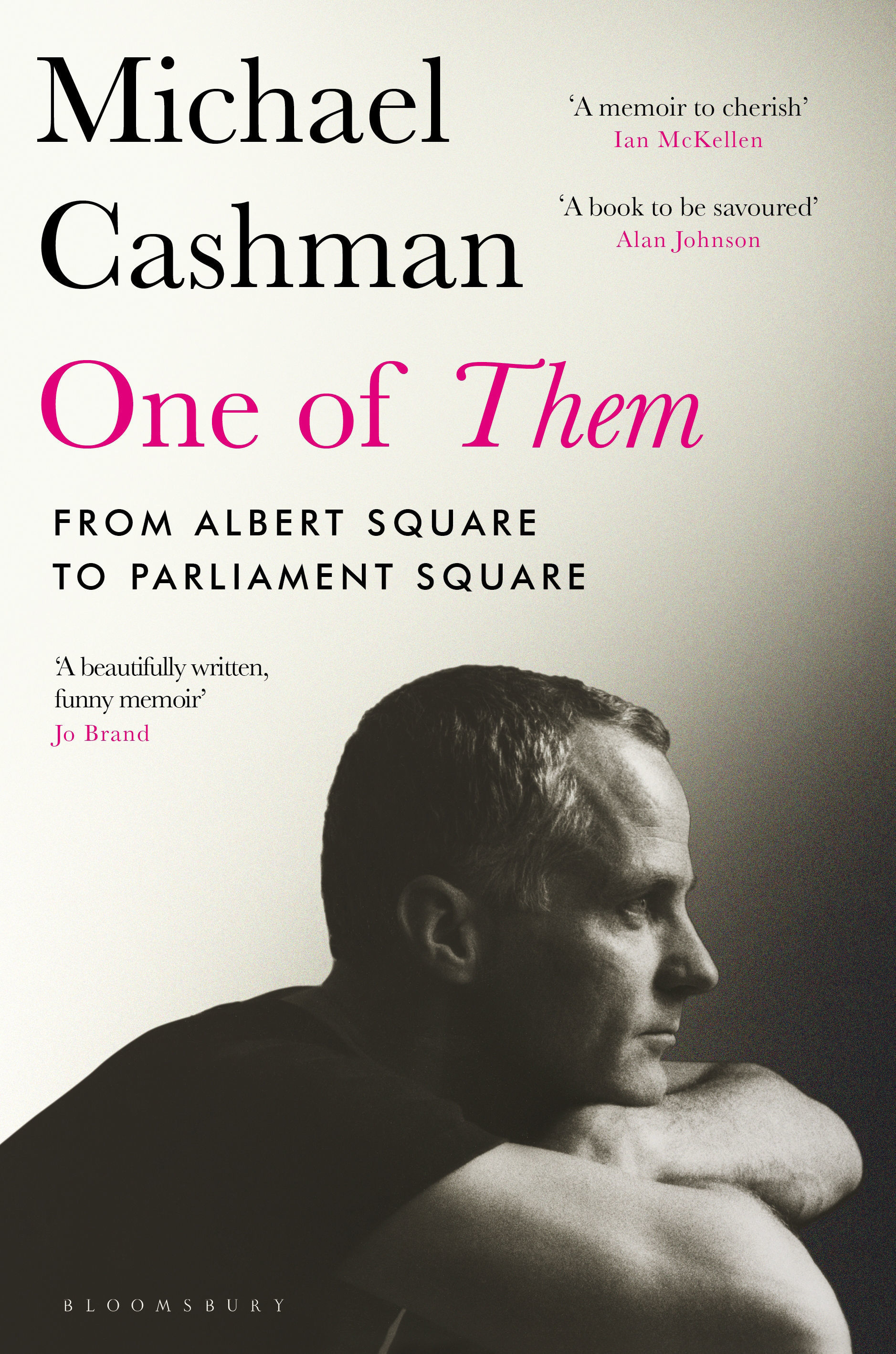 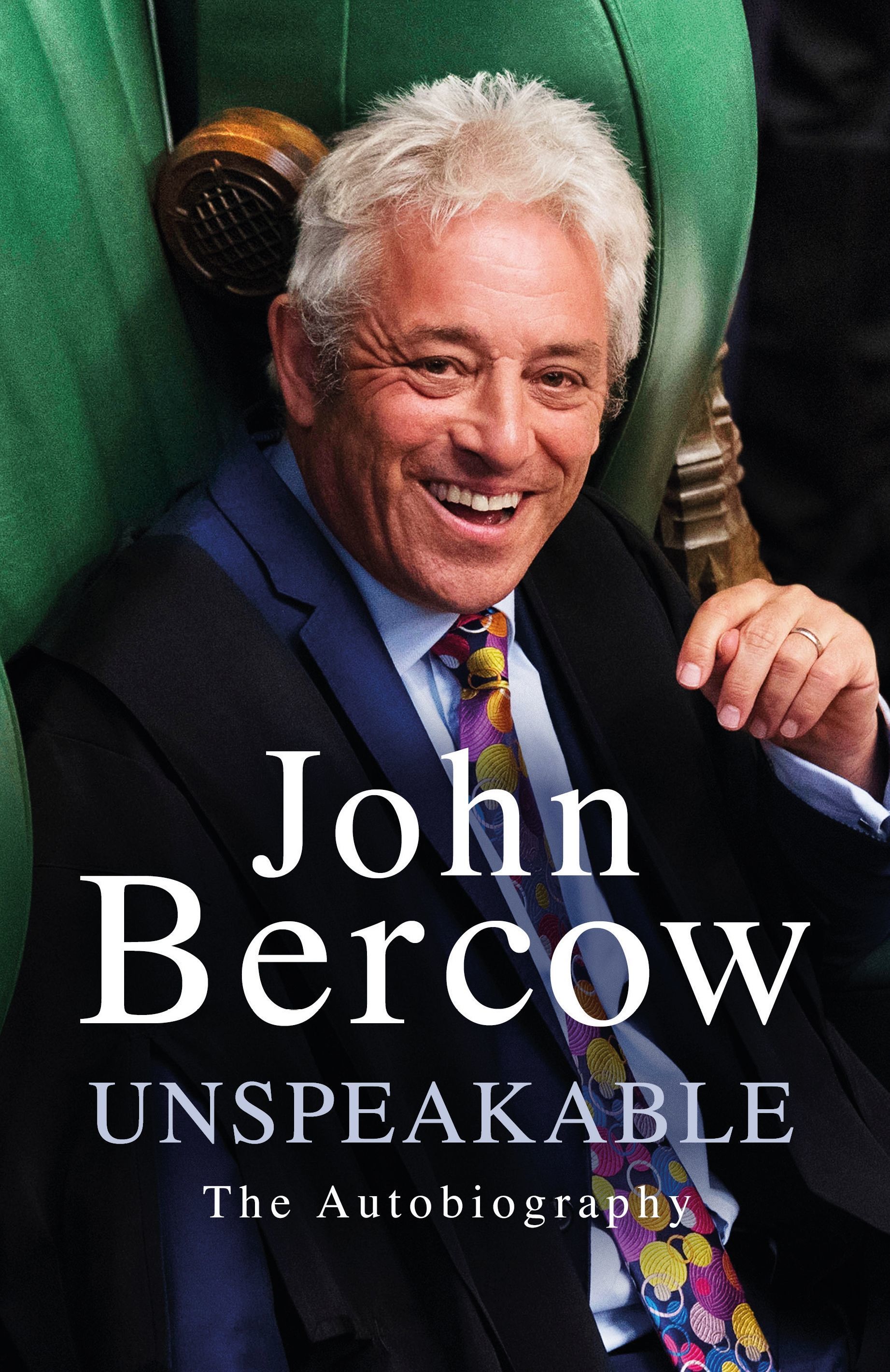 Others to watch include How To Be Narstie by grime artist, TV presenter and internet personality Big Narstie (Mar 19, Ebury) who has penned this self-help guide to modern life, drawing from his own colourful life experiences, and Just Ignore Him (Sep 3, Little, Brown), comedian Alan Davies' early memoir of growing up in the Seventies. 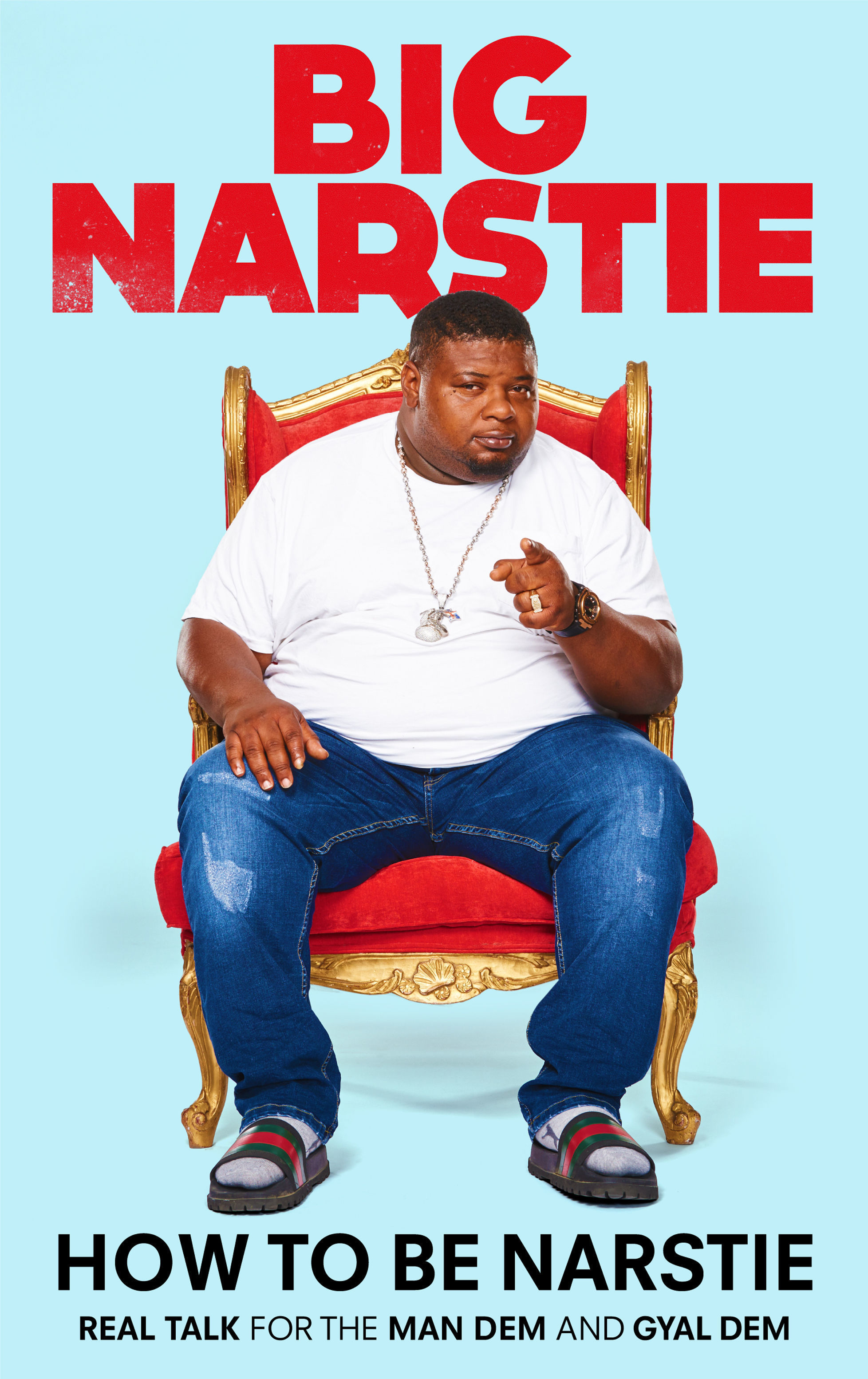 Then, there is What Makes Us Stronger by Freya Lewis (Feb 20, Seven Dials), the extraordinary story of how 14-year-old Freya survived the Manchester bombings, and the loving community that uplifted and supported her every step. 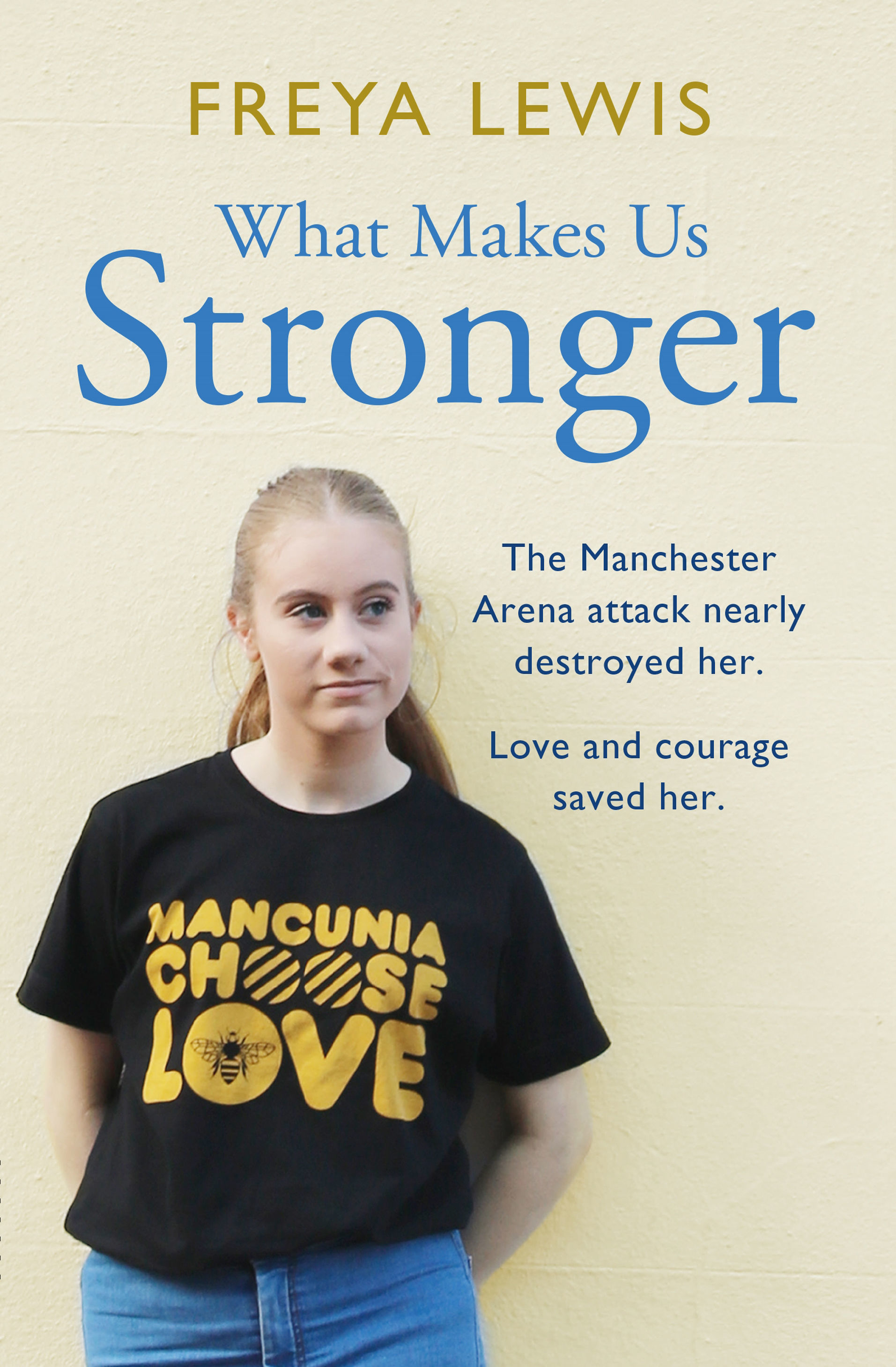