Back To Login
Brexit Local News

Failure to reach an agreement for Gibraltar’s post-Brexit relations with the EU would have “a severely detrimental” impact on border fluidity, with British nationals - including Gibraltarians - likely to face strict immigrations controls and lengthy delays.

That was the stark assessment set out in a guidance note issued by the Gibraltar Government on Thursday that outlined potential changes at the border in the event of a no-deal Brexit.

No.6 Convent Place said it continued to work toward an agreement that would ensure border fluidity and unlock opportunities for stronger cross-border links that respected each side’s red lines on sovereignty, jurisdiction and control.

But it also warned that in the absence of such a deal, border flow for British nationals would be badly hit.

Yesterday’s warning is not new, but it comes against the backdrop of intense negotiations as the UK and Gibraltar enter the final stretch before the end of the transition period on December 31.

“It is clear that if [the Government of Gibraltar] is unable to agree a negotiated solution to the future operation of the land border this would have a severely detrimental effect on border fluidity,” the guidance note said.

“In this worst case scenario, citizens should prepare for the long delays which will become inevitable when crossing the border in either direction.”

“This is well-known and it is something which the Gibraltar Government has warned of throughout the Brexit process.”

“Indeed all parties, including the current Spanish Government, recognise the importance of avoiding the worst effects of the above by safeguarding fluidity at the border for the benefit of all residents of the area and for the benefit of the shared prosperity of the region.”

Gibraltar’s border is currently a Schengen border - both the UK and Gibraltar are not members of the Schengen Agreement - but what will change if there is no deal by December 31 is that British nationals will no longer be EU citizens.

That means British nationals could be subjected to the same checks as other nationals of non-EU countries, including:

-the wet stamping of passports when entering or exiting the Schengen Area;

-the scanning of documents against the Schengen Information System (SIS);

-being questioned as to the reason for entering Schengen;

-enquiries as to the conditions of their intended stay in Schengen;

-checks to ensure that they have means of subsistence while in Schengen;

-the application as from 2022 of the ETIAS travel pre-authorisation system, a visa-waiver system similar to US ESTA.

No.6 Convent Place said the current status quo was “not an option” after December 31 and that it was important for the public and individual citizens to understand the potential consequences and changes, especially if they regularly cross the border.

The Government said that even in the absence of a deal, it was still possible for Spain to apply some limited derogations within its commitments under the Schengen Agreement.

“In particular, the Schengen Code allows for derogations from its rules for persons who are regular cross-border commuters,” No.6 said.

“This, however, is a matter that is in Spain’s discretion.”

“In terms of entry conditions into Gibraltar, this will continue to be a matter for the Government of Gibraltar.”

No.6 said the discussions with the UK and Spain toward a post-Brexit agreement for Gibraltar sought to reach “a permanent solution” to the challenge of border fluidity that would be “of critical importance” to both Gibraltar and the Campo de Gibraltar.

“In this context, one of the solutions being explored is the possibility of Gibraltar becoming associated with the Schengen Area in a manner which would not cross red lines on sovereignty, jurisdiction or control,” No.6 said in a statement.

“The Government of Gibraltar remains confident that a pragmatic and sensible arrangement can and will be found.”

“Nevertheless, in the event that negotiations break down, it is important to underline that the default position which would apply on 1 January, 2021.”

The decision to issue the guidance note now was finalised on Thursday at a meeting of the Brexit Strategic Group, which was chaired by the Deputy Chief Minister, Dr Joseph Garcia. 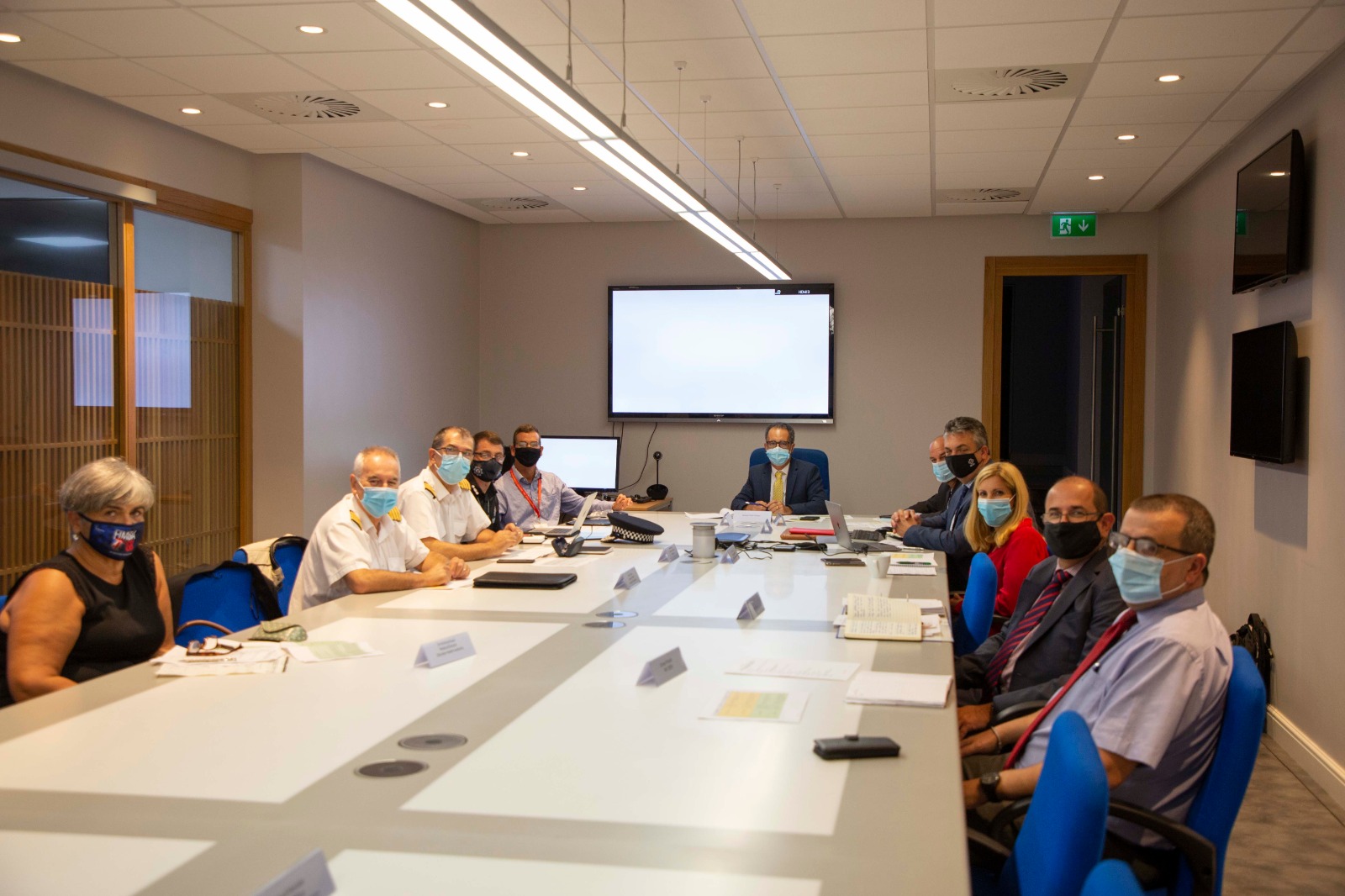 “We left the European Union, together with the United Kingdom, on 31 January this year,” Dr Garcia said.

“Gibraltar and the UK are now both in a period of transition to a new relationship with the European Union.”

“That relationship could either be governed by a Future Relationship agreement or it could be subject to no deal at all.”

“Discussions with the EU and with our nearest EU neighbour Spain on what that future relationship could look like are ongoing.”

“It should be noted that the fluid movement of persons across the border is important to both Gibraltar and to Spain.”

“Indeed, all are agreed that there should be as little disruption as possible to the lives of ordinary citizens.”

“However, we also need to prepare for the possibility that there is no agreement, obviously in those areas that are within our control.”

“The Government’s readiness structures, which were set up to handle a no-deal Brexit in the context of the Withdrawal Agreement, have continued in place as we navigate towards a future relationship.”

“Needless to say, Gibraltar continues to work closely and in partnership with the United Kingdom on readiness planning whilst we also continue, alongside the UK, to seek an agreement with the EU.”