No1 Models have been selected to hold a Miss Gibraltar pageant later this year, the Miss Gibraltar Office on behalf of the Ministry of Culture has announced.

Three expressions of interest were received for the organisation, production and staging of the pageant, and the Ministry of Culture will retain the Miss World License to ensure quality control should an individual be selected to participate in this Pageant.

All expenses to produce the pageant and ensure Miss Gibraltar’s participation at Miss World, will be self-funded by the Producer, Gibraltar Cultural Services said.

Director of No1 Models, Kelvin Hewitt, told the Chronicle it was a dream to be selected to organise and produce the 2022 Miss Gibraltar pageant.

He plans to open the recruitment process next week and hold the pageant in September at the Alameda Gardens.

The show will mark his first Miss Gibraltar pageant, but the 37th show he has organised in his career. 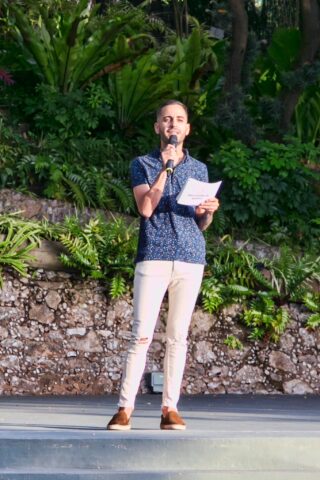 For the past 12 years Mr Hewitt has been organising shows and he called on the local business community to support the pageant.

He aims to fundraise through the sponsoring of contestants and is cutting costs in the pageants production by foregoing international entertainment for local acts and by selecting the Alameda Gardens as the venue the show, which means less expenditure on stage design.

Mr Hewitt hopes to have the pageant televised and his aim is to have 12 women sign up to the pageant.

"The Miss Gibraltar Office will now work with No.1 Models to ensure Gibraltar’s participation at Miss World," GCS said.

"No 1 Models will be offered a one year contract with an option to extend for a further two years."