Ochello chooses his squad for match against Moldova

Just ahead of Gibraltar’s final preparations for the senior’s match against Grenada, Under 21 coach David Ochello named his squad heading for their match against Moldova next week.
Gibraltar plays their next UEFA U21 Championship Qualifier at home to Moldova with a handful of players transitioning from having been with the senior squad and moving into the Under 21.
Notably youngster Jaiyden Bartolo is among one of the players who remains within the senior squad and is not expected to move to the Under 21s for the match against Moldova. 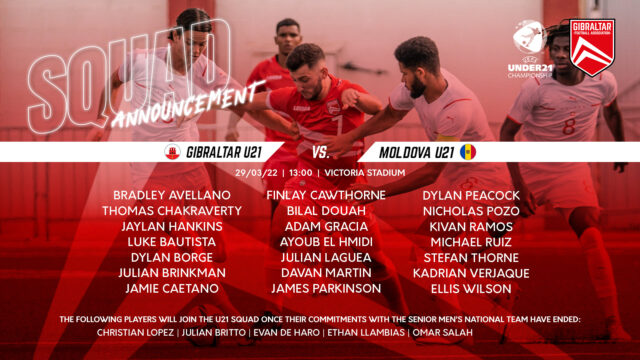