Oil from OS 35 reaches eastern shorelines in Bay of Gibraltar

Oil believed to be from the beached cargo ship OS 35 has created intermittent patches of heavy sheen in the Bay of Gibraltar and is reaching the shoreline both here and in La Linea.

In Gibraltar, surface slicks could be seen in the area of Europa Point, Camp and Rosia Bay, stretching along the South Mole to the entrance of the harbour.

Officials believe this is the remains of a quantity of fuel oil that escaped through two vents in the ship's tanks yesterday and was blown into the bay after it drifted around Europa Point.

Lewis Stagnetto, the founder of marine conservation charity The Nautilus Project, said there was a strong smell of oil as he and members of his team headed out into the bay to assess the situation on Friday morning.

"You could see a heavy sheen on the surface,” the marine biologist told the Chronicle. 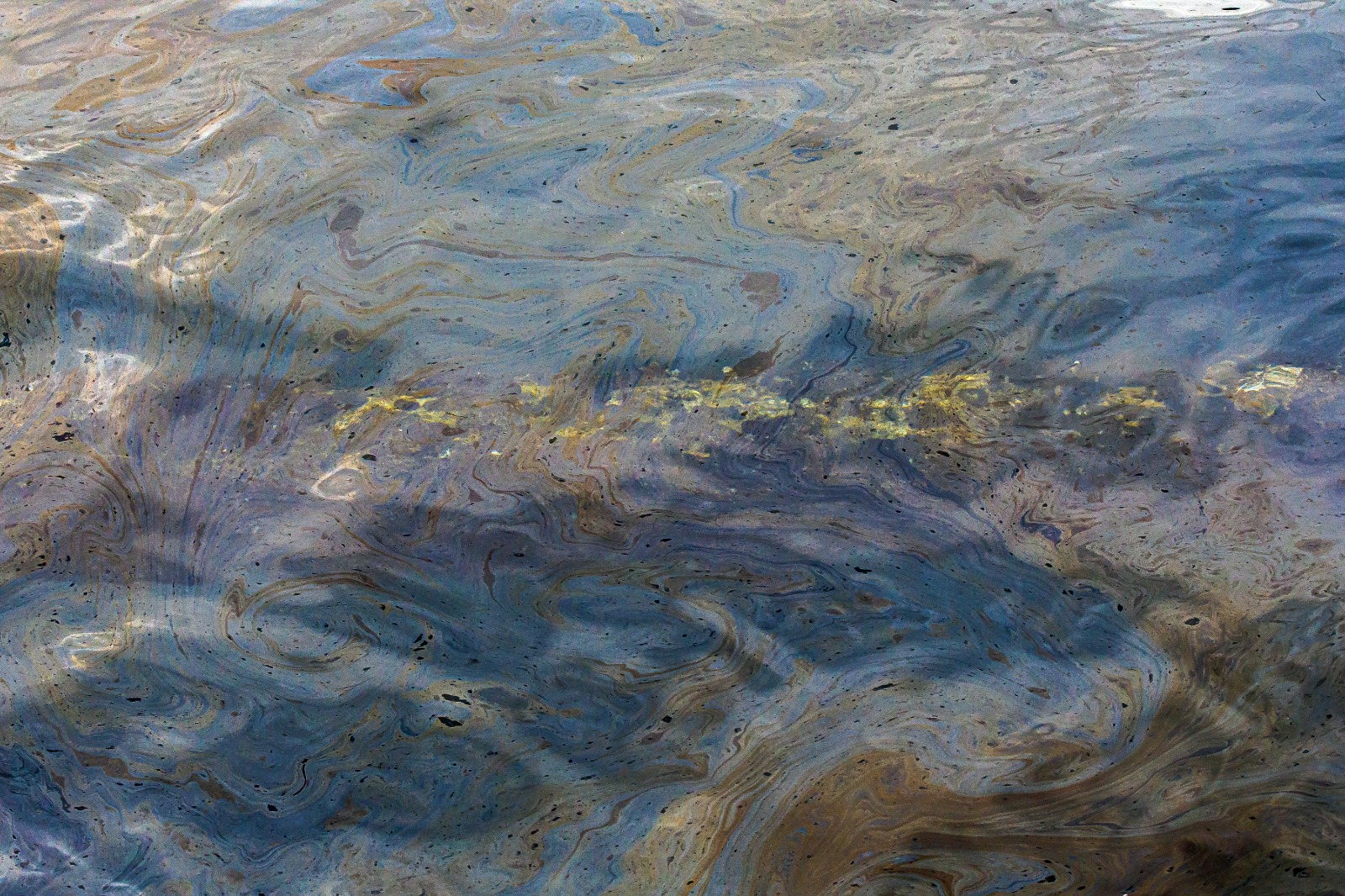 “This was intermittent and patchy, but in the thick areas it was very noticeable and actually all along the South Mole there were patches of sheening.”

“There were large patches of sheening all the way down to Seven Sisters, which is a marine protected area.”

From Camp Bay and all the way down to Little Bay, the water was relatively clear when Mr Lewis surveyed the area earlier today.

“As we approached Little Bay however, there was a strong smell of oil, but we couldn't see any oil in the water at all not even sheening and the water seemed fine,” he said.

“My thought on that is that as it's a Southwest maybe the oil was pushed in and pushed in further past the buoys where I can't take the boat so we wouldn't have seen it.”

“But there was definitely a strong smell there.”

Coming around Europa Point there was black oil but the water was clear closer to Gorham’s Cave and in the Sandy Bay area, as well as in the Catalan Bay area close to the beached vessel.

Catalan Bay has been completely boomed off to minimise the impact of any spillage. 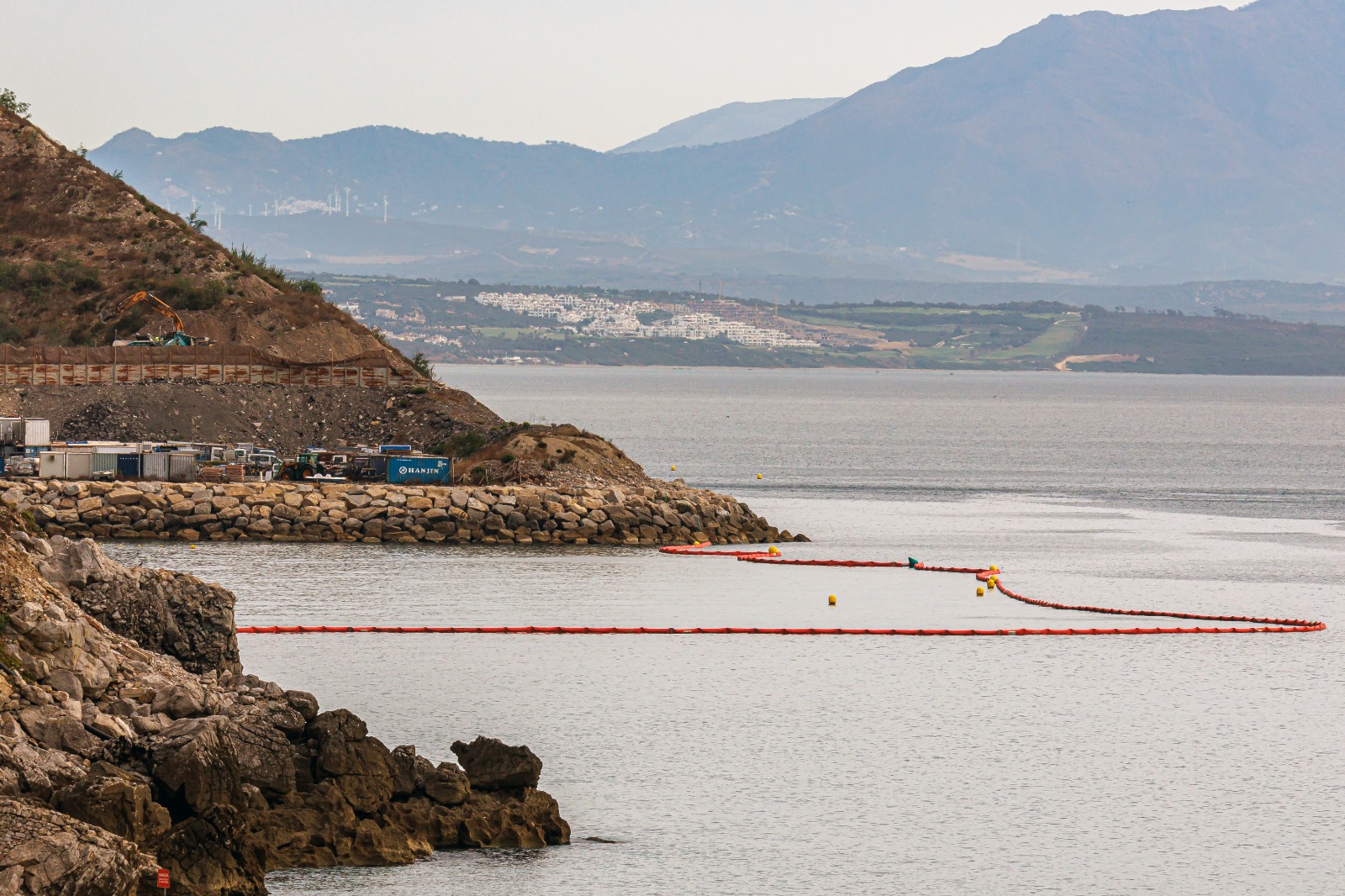 “However, there is evidence of seabirds now being sullied by the oil,” Mr Lewis said, providing images of seagulls tarred black. 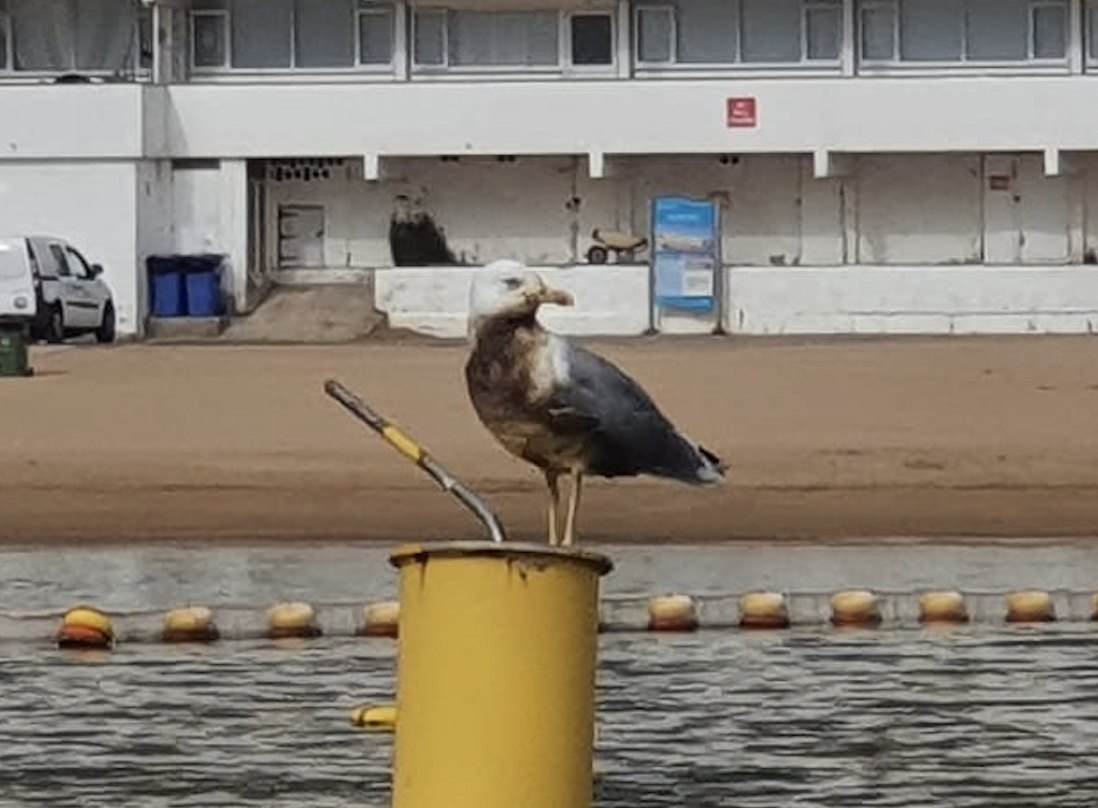 “Overall, we understand that people are still working around the clock in order in order to try and limit the damage and we appreciate this work.”

“But already we can see visible signs of what I suspect the oil spill that happened earlier in the day yesterday [Thursday], the damage that it has already managed to do around the coastline.”

“It’s mostly on the Western side, I suspect pushed in by the Southwest [breeze].”

In Camp Bay, personnel from the Department of the Environment were seen deploying additional booms to try and protect the shoreline as much as possible, while at sea port vessels towed booms to capture and contain the sheening patches. 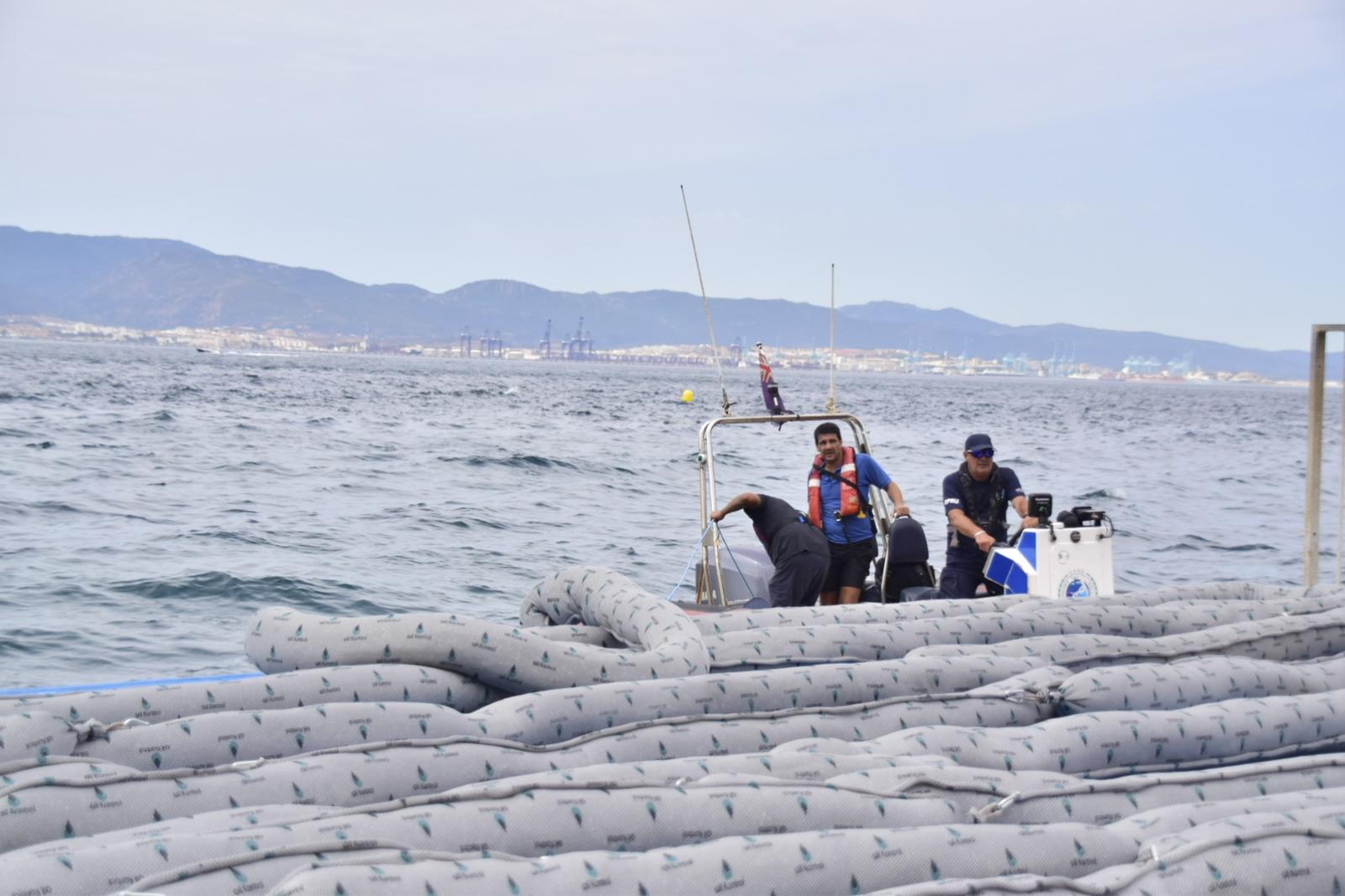 Meanwhile on the east side, most of the diesel stored in tanks in the OS 35 has now been removed from the vessel and work is under way to pump some 215 tonnes of low sulphur heavy fuel from the ship. 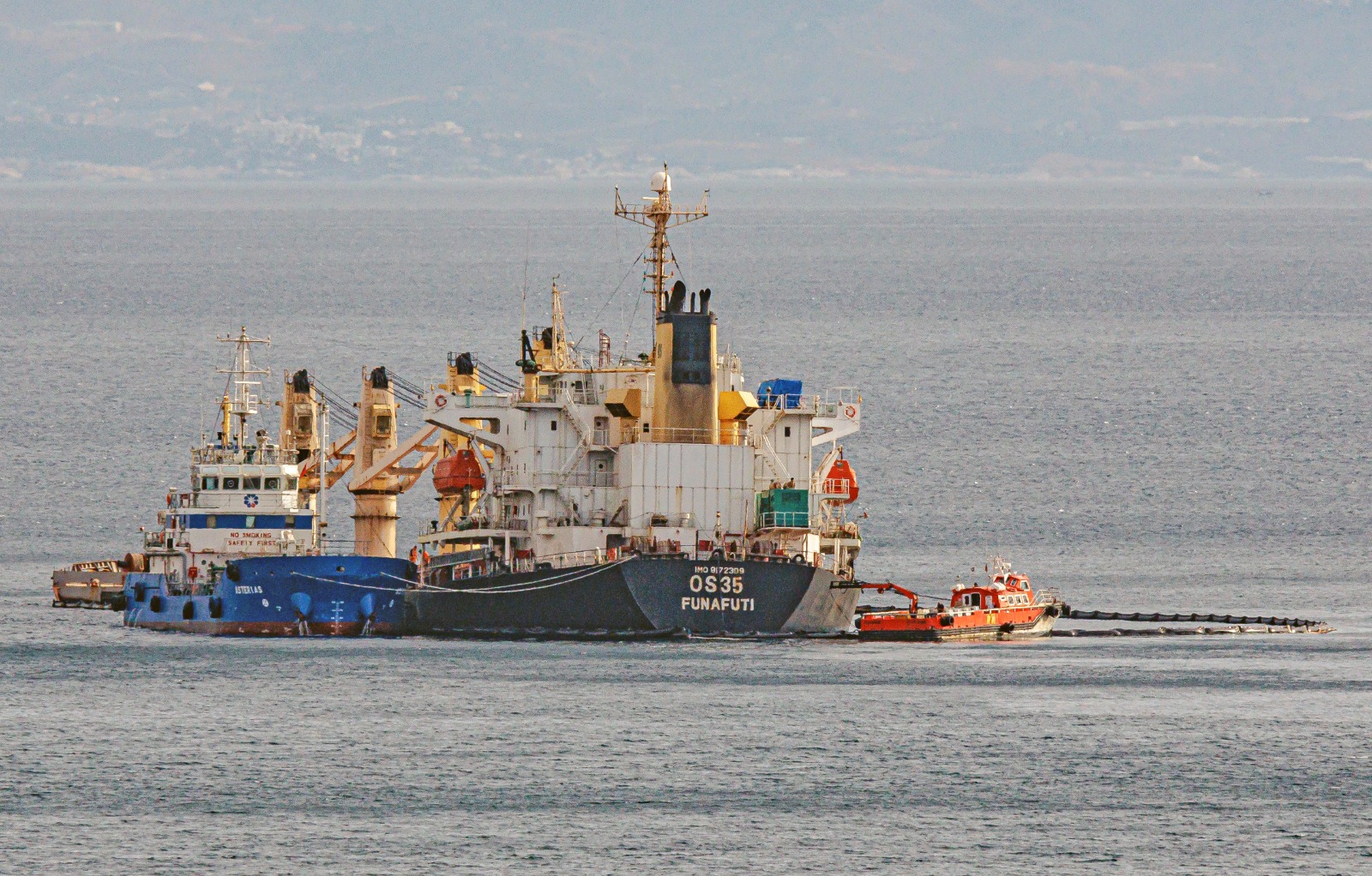 Overhead, Spanish maritime rescue helicopter overflew the area to provide surveillance data to the teams below, as Spanish anti-pollution assets continue to coordinate with Gibraltar's authorities and assist where they can. 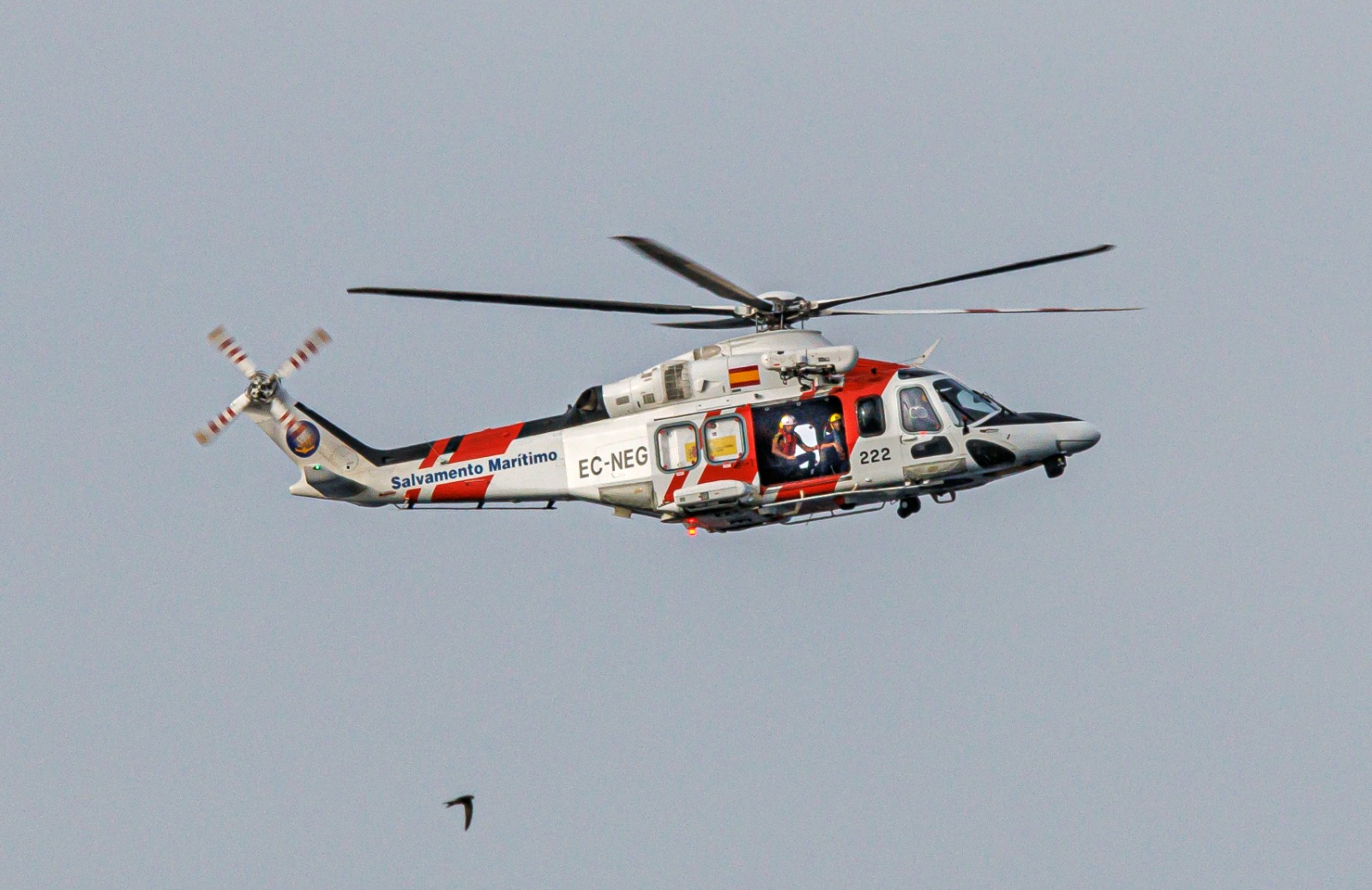 Clean-up operations continue at sea and the area around the saltwater intake for the reverse osmosis plant in Little Bay has been protected with a boom and is being constantly monitored.

The intake is several metres below the surface of the sea and the pollution appears to surface sheen, with the government satisfied that for now at least, there is no impact.

The movement of the sheen patches is being monitored by the authorities.

In La Linea, clean-up operations commenced on the city’s western seaboard, where some oil appears to have reached the shoreline. 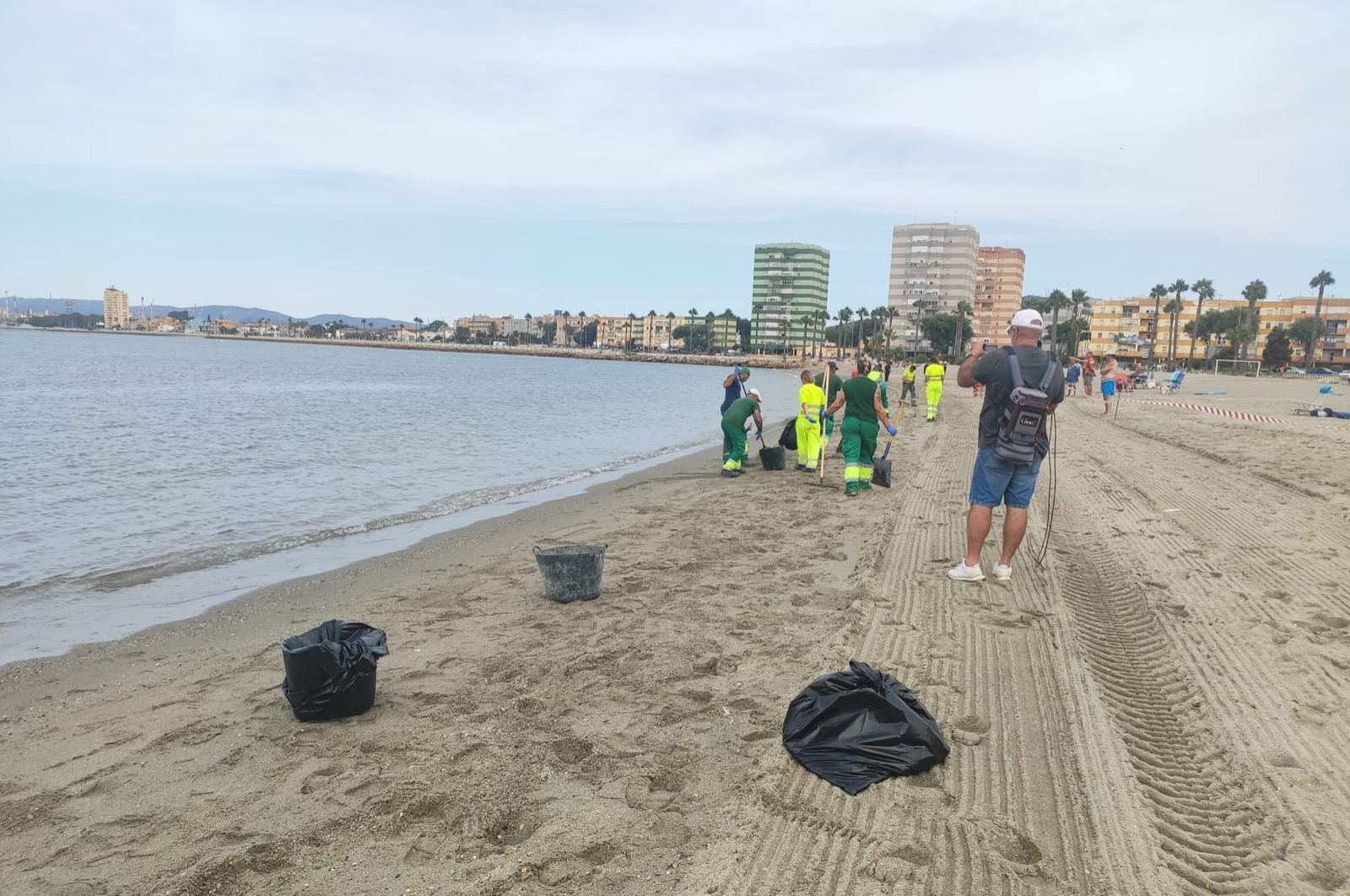 Operatives were cleaning the shore itself and a skimmer vessel was collecting fuel at sea.

The spill was described as "small" by La Linea's city council, which has nonetheless activated additional cleaning assets should they become necessary.

Juan Franco, the city's mayor, said there was "constant, real-time" cooperation with the authorities in Gibraltar in response to the pollution at sea, citing a steady flow of information between officials on both sides of the border.

Mr Franco said the oil was likely the remains of yesterday's spillage from the vessel, the result of two vents on the ship's tanks that had been sealed but blew under the strain. They have since been re-sealed.

"I think the situation at this time is controlled and that when we provide an update later this afternoon, it will hopefully have evolved positively," he told reporters.