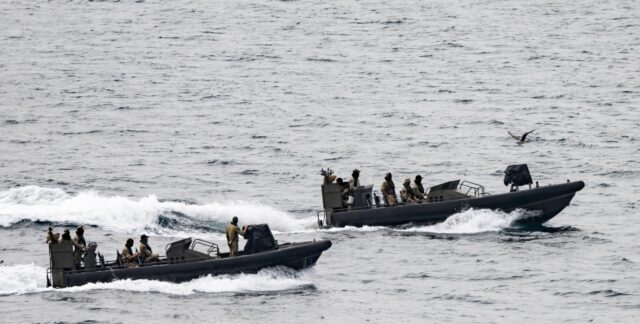 The ORCs are an unusual sight in Gibraltar but are normally used to provide escorts to nuclear submarines as they sail in and out of the Royal Navy base in Faslane, home to the UK’s nuclear deterrent fleet.