Despite Covid-19 precautions in place nothing could spoil the Passing Out ceremony for the latest RGP and GDP’s recruits.

These police officers marked the end of their of their 22- week training course at New Mole House Police Station on Friday. Due to social distancing regulations, no family and friends could attend the event and there were no celebrations afterwards. 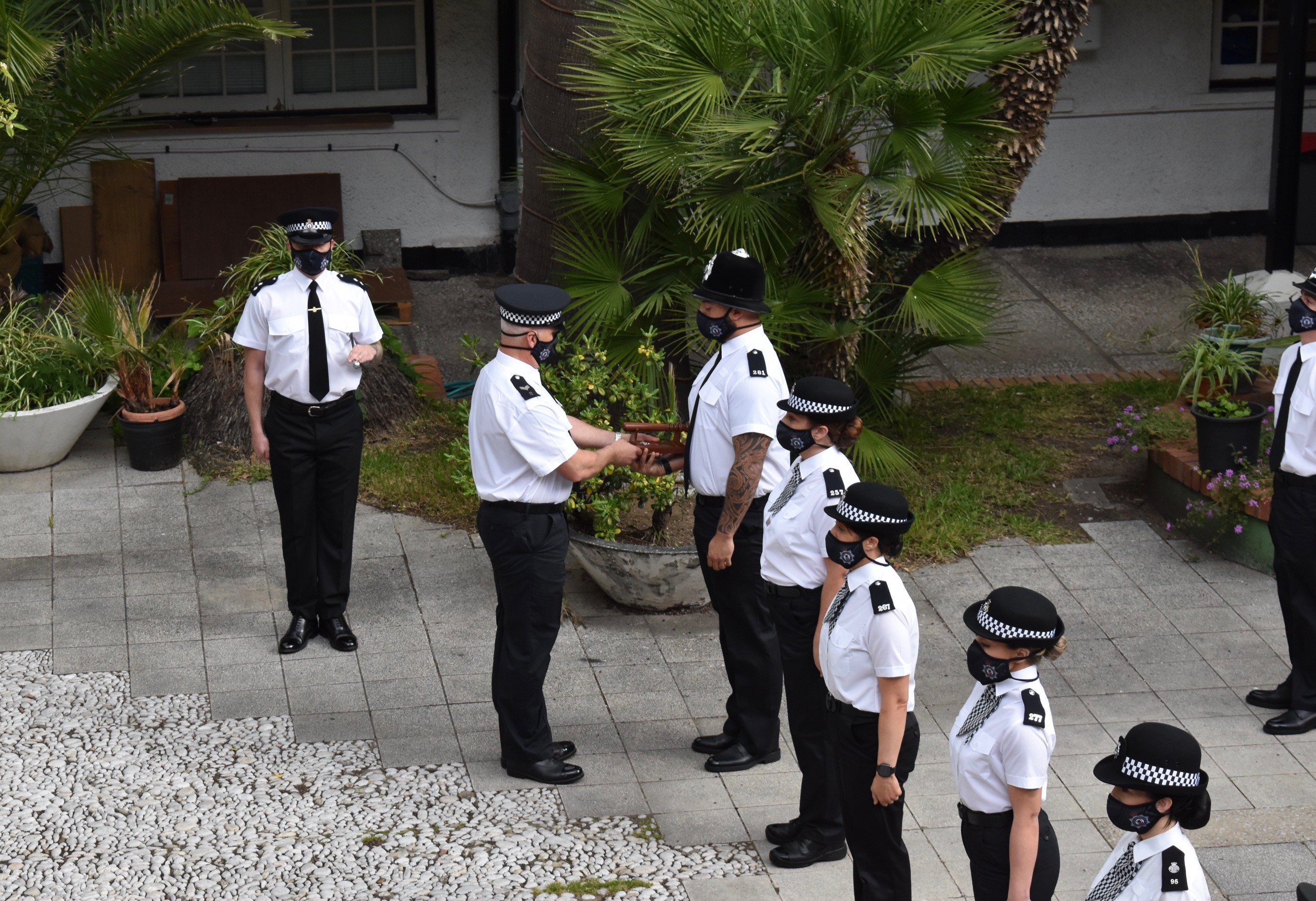 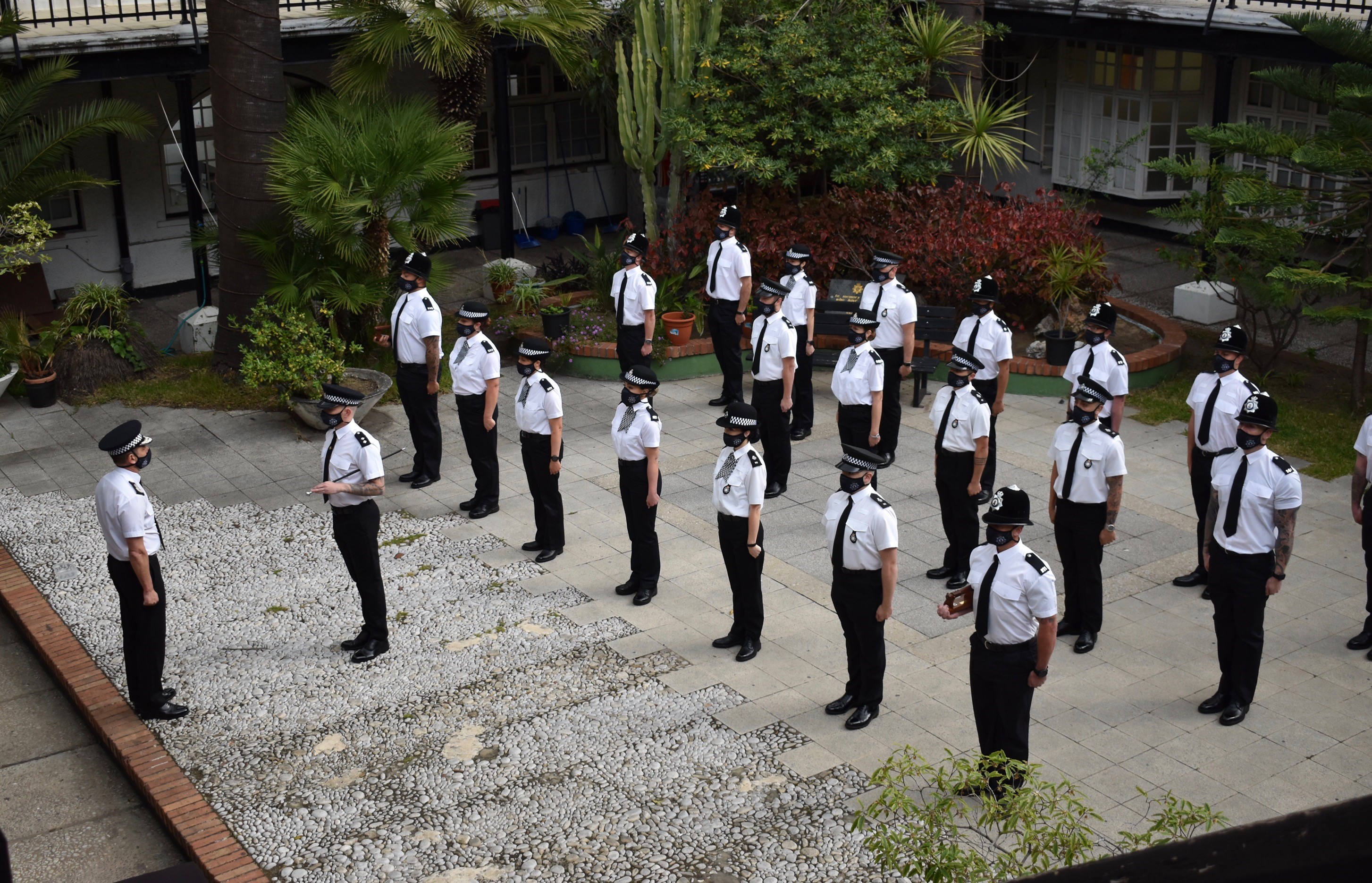 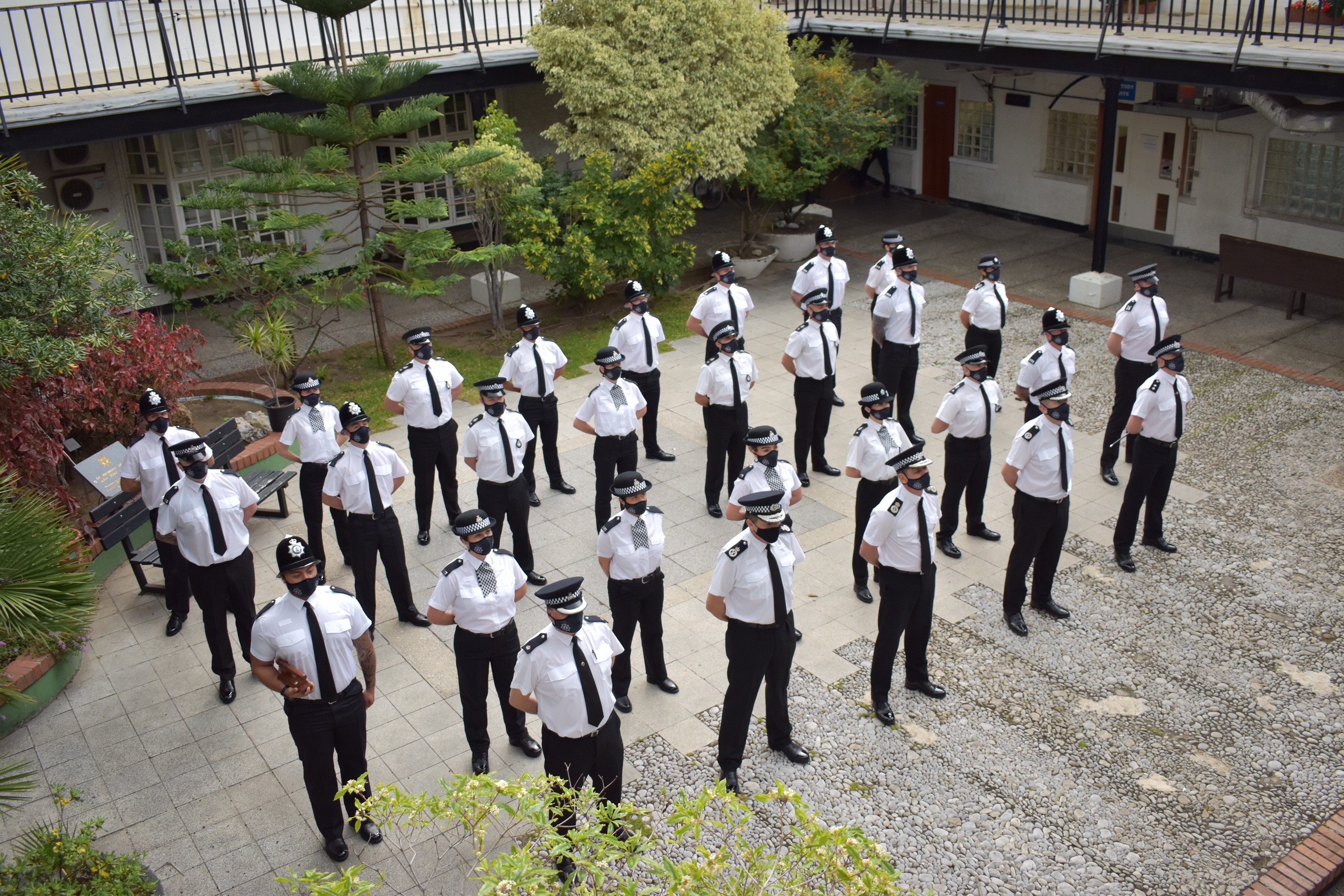 A total of 14 RGP officers and 6 GDP officers completed the course, which will prepare them for life as a shift officer.

The officers, whose former jobs included a journalist, a paramedic and an online gaming worker, also included a few police officers from the UK. 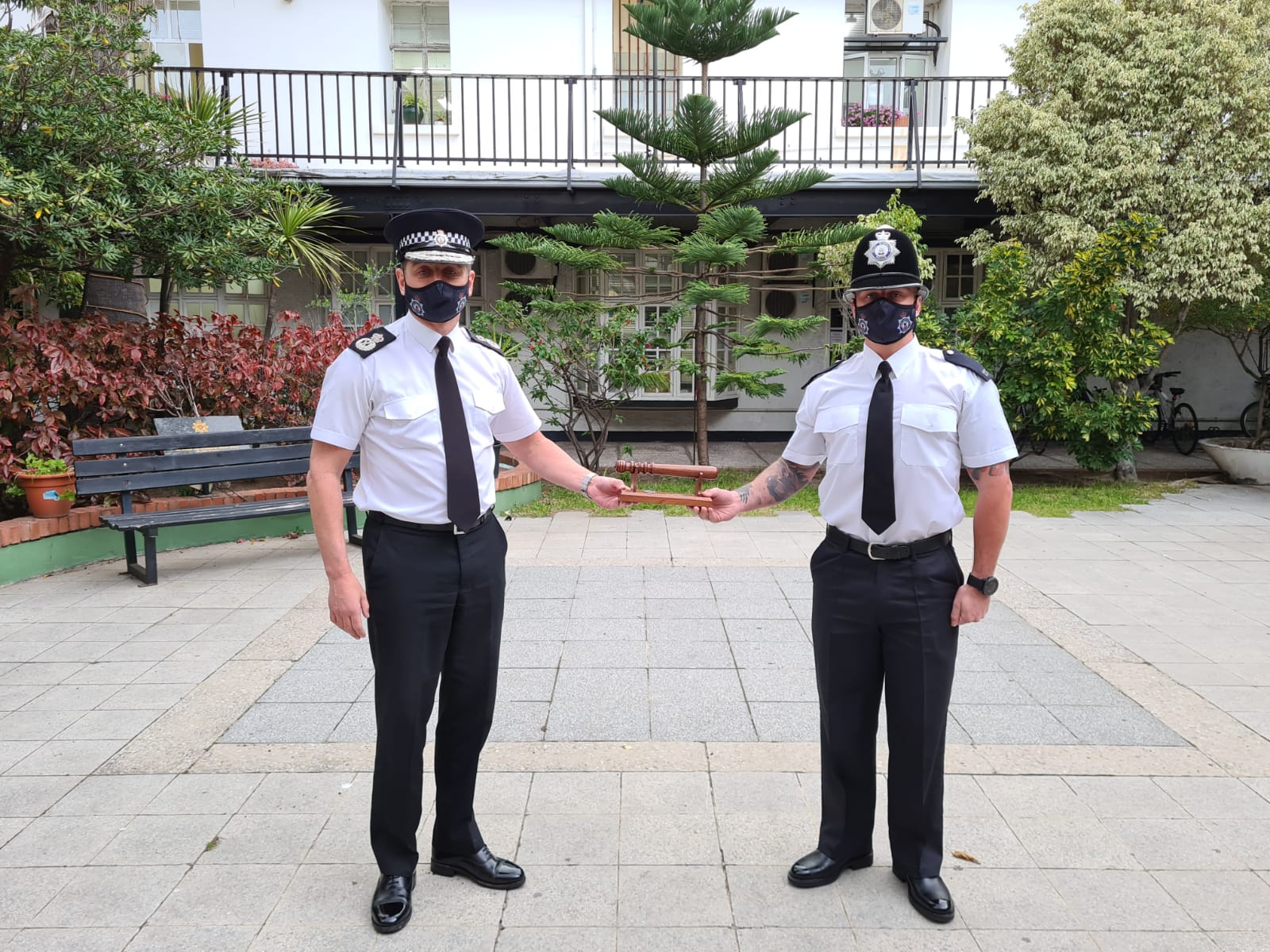 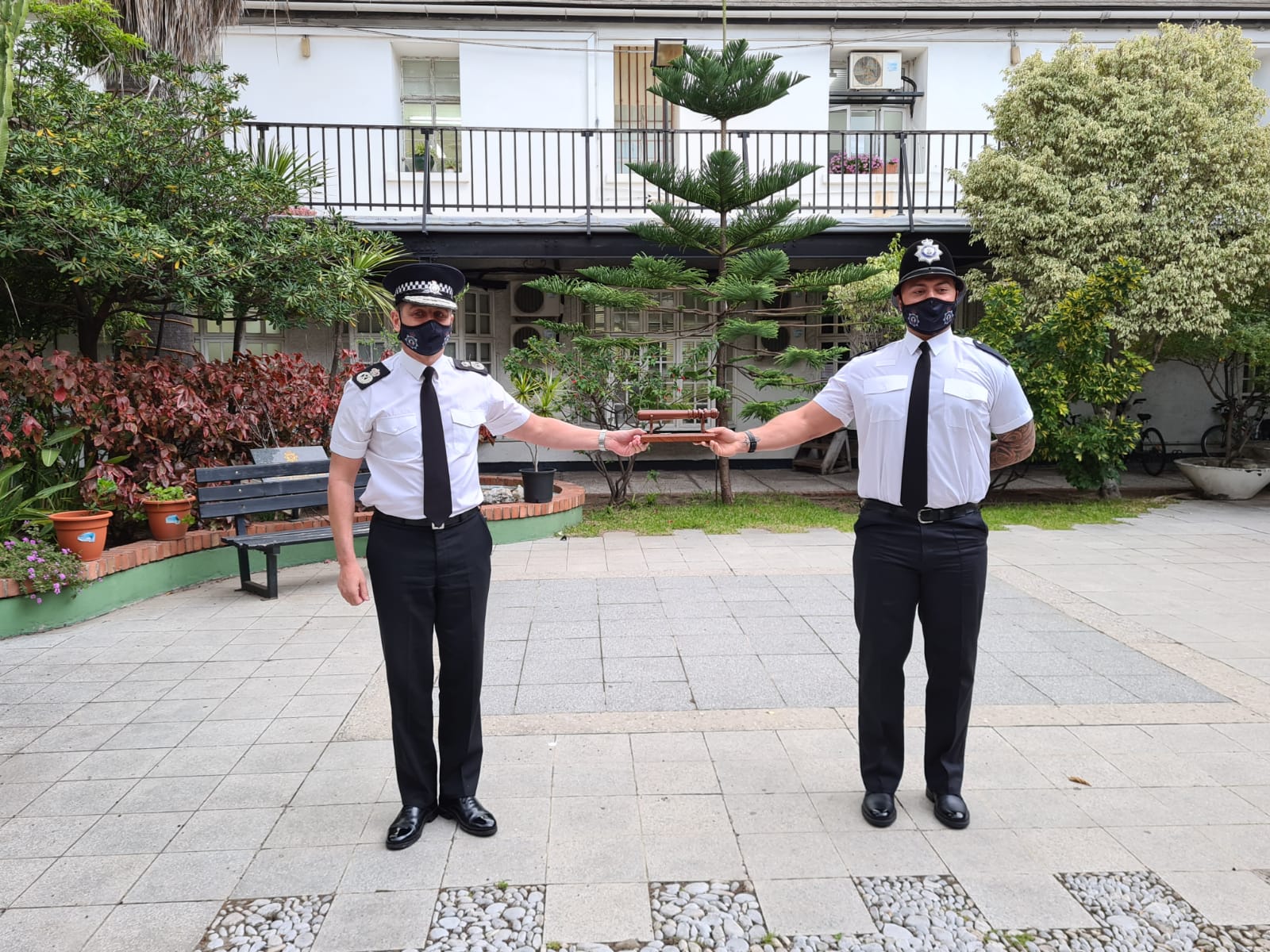 “Congratulations, well done. I’m really proud of you all. Make this a very good career as the opportunities for you are immense, they really are,” said the RGP’s Commissioner of Police, Richard Ullger.

“I also wanted to thank the training staff because of the hard work you have done, particularly in the current conditions and the impact that Covid-19 has had on training.”

The Commissioner also reiterated to the recruits the importance of the Code of Ethics and how they should deliver a service to victims of crime, which are important to the organisation. 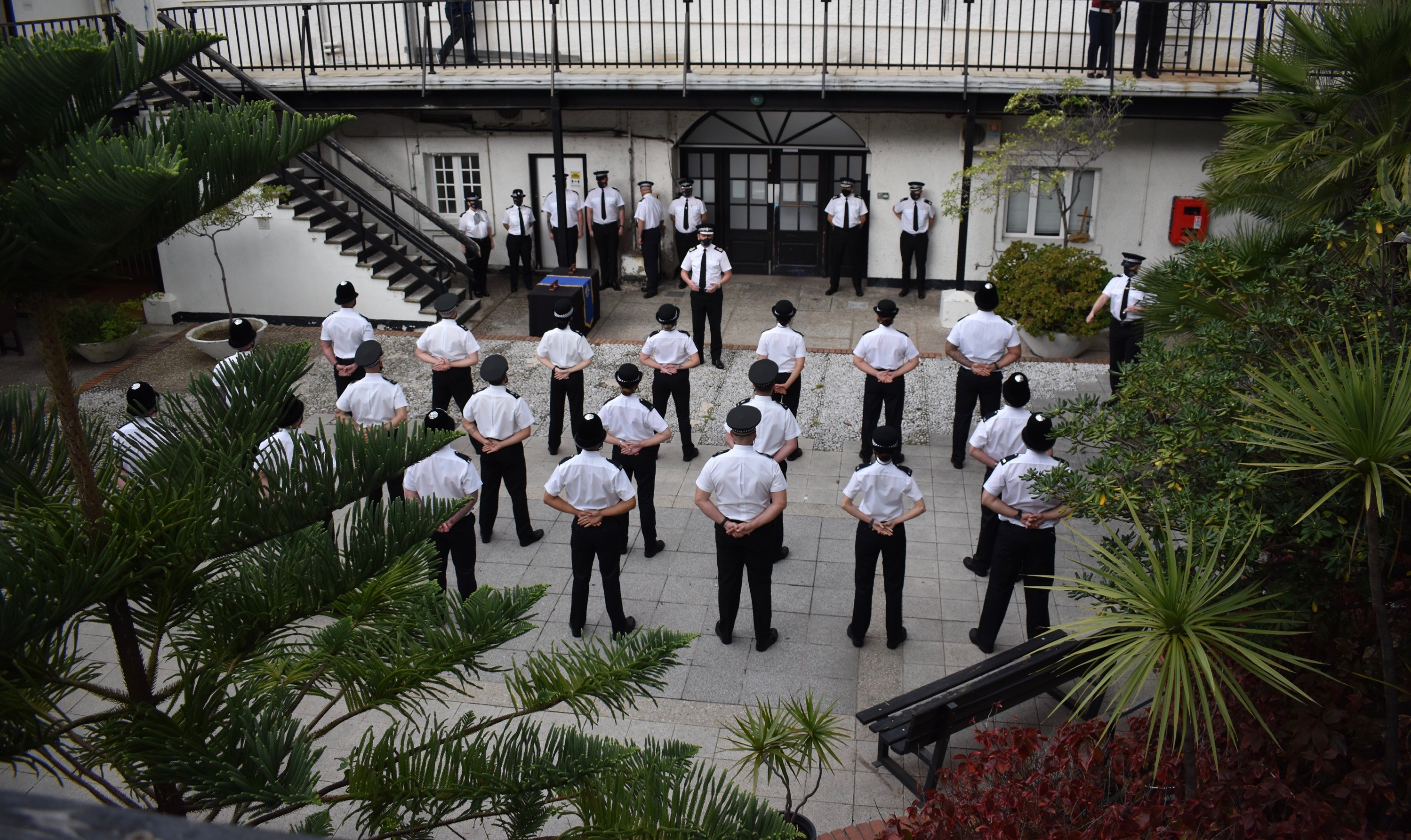 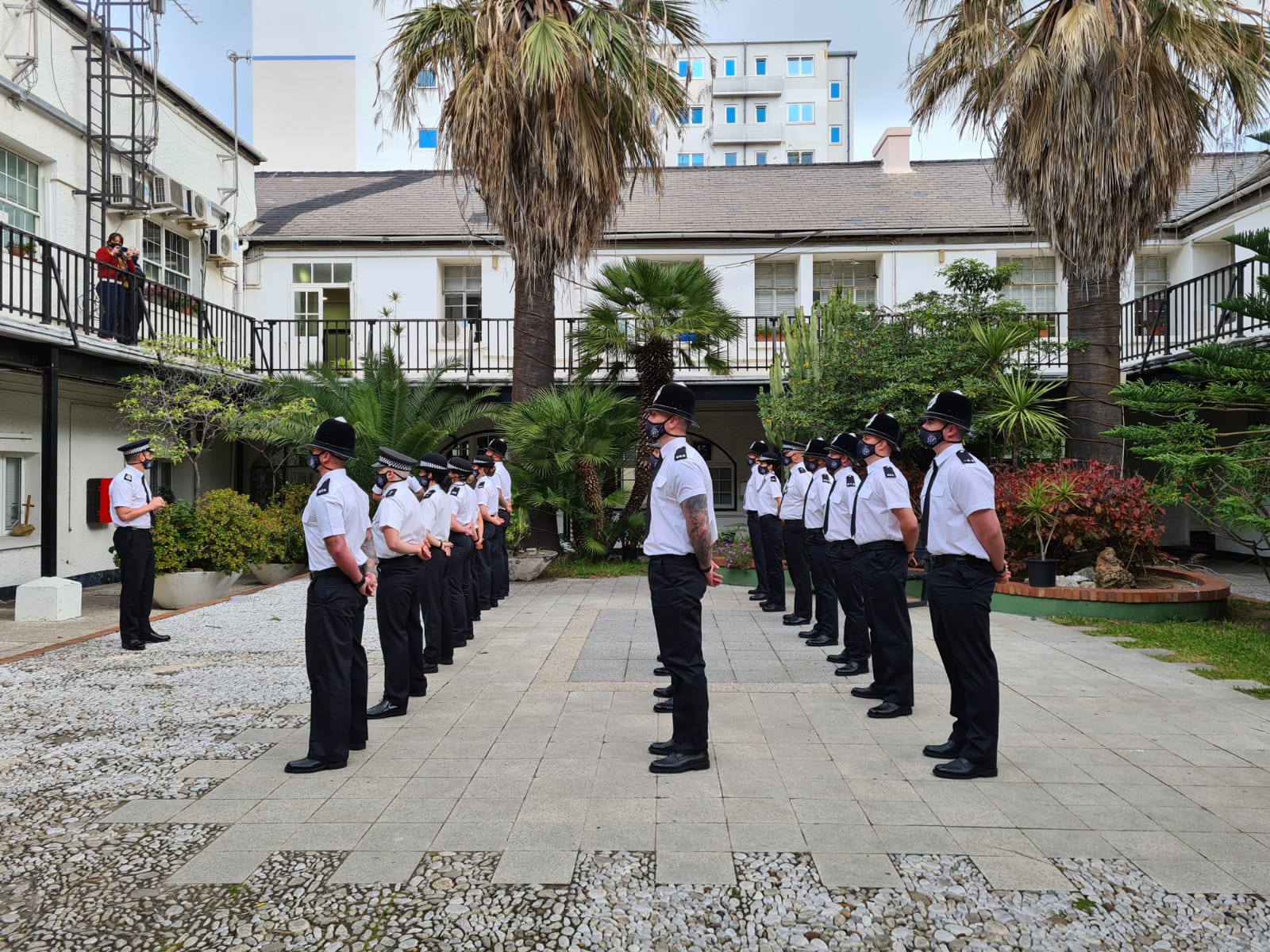 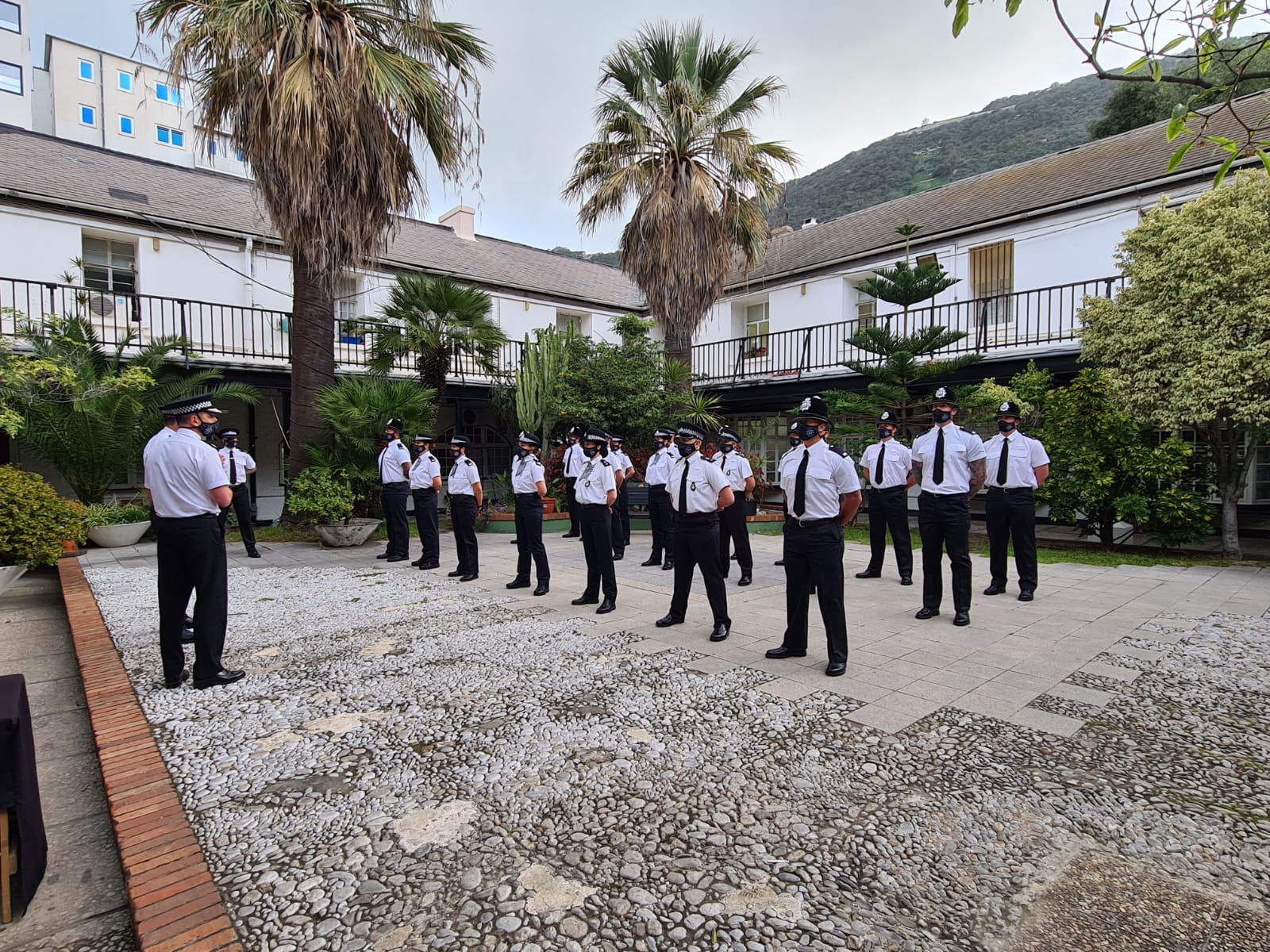 The GDP’s Chief of Police Rob Allen, also spoke. “You get a quality of training here, which is second to none in my opinion,” he said.

“This training you’ve been given gives you a foundation. You then go out and apply that training and then you learn. “Congratulations. It’s a big day, well done.”

The 20 new officers will now join their more senior colleagues on shift where they will spend the next two years on probation.