The competition organised by Gibraltar Cultural Services and sponsored by the Chronicle attracted some 149 entries.

The Minister for Culture Dr John Cortes presented the awards yesterday and thanked all those who entered. Competition judges were Charles Durante and Conchita Triay.

Mr Schirmer told the Chronicle he was “gobsmacked” to win the competition, adding that the poem was written as his funeral poem.

“The poem is basically about death and remorse,” Mr Schirmer said. 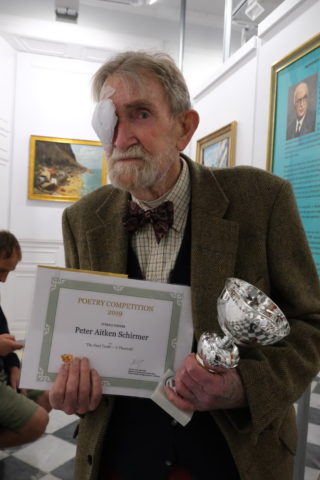 “The uncertainty of what happens when one dies. Death is the final truth, death decides what you have done, who you have been, and whether you have added value to the world or not.”

Mr Schirmer has instructed his daughter to read out the poem at his funeral and was overjoyed to have received a prize for his work.

School years 3 to 6 winner was Aiden Barbara, with the runner-up prize awarded to Darcey Marie Evans.

All the winning and highly commended poems will be published in the Chronicle in subsequent editions.