Philatelic Bureau and Coinsilium to launch Gibraltar’s own ‘Crypto stamp’

The Cryptocurrency Postage Stamp created by the Gibraltar Philatelic Bureau and Coinsilium.

A cryptocurrency postage stamp and a digital collectable using relatively new blockchain technology has been created by locally-based crypto business Coinsilium and the Gibraltar Philatelic Bureau.

Co-Founder of Coinsilium, Malcolm Palle, and Managing Director of the Gibraltar Philatelic Bureau, Aaron Enriles, told the Chronicle the stamp will be the first of its kind globally.

The stamp is crypto inspired and its packaging will include a write up on the history of blockchain technology.

A limited series of 50,000 stamps will be produced, with 10,000 already pre-reserved by the Gibraltar Philatelic Bureau Limited (GPBL) for their own clients and dealers worldwide.

The stamps can be pre-ordered as from April 19 and will feature a special QR code that will allow buyers to purchase two digital collectable designs known as non-fungible tokens (NFTs).

NFTs are a unique unit of data on a blockchain and are not interchangeable.

This means the NFT can act like a certification and, in the case of these designs, this technology means that the digital art is certified as being the original.

A total of 100,000 Gibraltar NFTs will be pre-minted and will be delivered online in a digital
sealed pack, with each pack containing two NFTs.

In practice, it means that anyone who buys a Crypto Postage Stamp pack will also have the chance to purchase two digital NFTs.

Buyers of the Gibraltar Crypto Stamp will be first able to purchase an NFT collectible counterpart, with an exclusivity period of eight weeks prior to general release of the NFT, slated for around mid-July 2021.

Mr Palle and Mr Enriles said the NFTs will be minted with five levels of scarcity.

The NFTs have been created using 22 images of Gibraltar captured by local photographers, including Christian Ferrary and Mario Garcia, and will follow the design theme of the crypto stamp.

There will also be a further two ‘mythic rare’ NFTs, each with specific design characteristics.

It will also be possible to trade the NFTs on the market.

“That second market is important as it also enhances the value of the physical stamp,” Mr Palle said.

“It’s not going to be easy to collect the 22 because of the supply constraints so the physical stamp could be very, very collectable.”

The stamps were designed by Stephen Perera from the Philatelic Bureau and the NFTs were produced by Coinsilium in collaboration with Vietnam-based RedFOX Labs Joint Stock Company.

Although similar crypto stamps have been created, Mr Palle and Mr Enriles said the Gibraltar stamp is unique.

“There have been NFT stamps before by the Croatian and the Austrian post offices,” Mr Palle said.

“But what they haven’t done, firstly, is link such a broad collection specifically to Gibraltar or any jurisdiction.”

“The Austrian stamp doesn’t have a load of Austrian images.”

“This has iconic images of Gibraltar, there are 22 of them.”

Sights of Gibraltar captured in the NFTs include the Upper Rock, Barbary macaques, dolphins, Commonwealth Park, the Cable Car, Caleta, the Convent, the lighthouse, Casemates and the Skywalk. 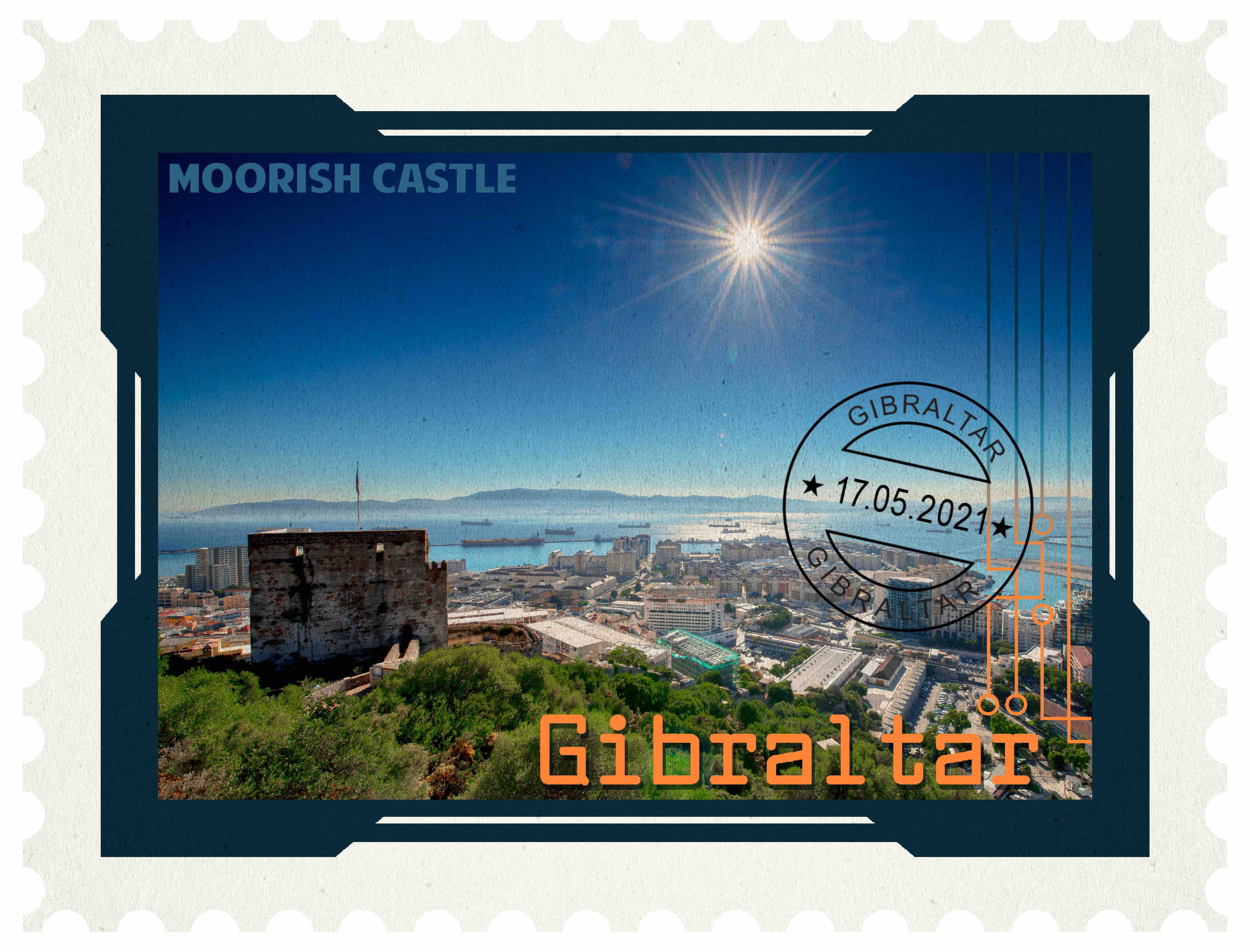 The NFTs will have different coloured borders depending on the rarity.

Mr Enriles added that the production of the stamps, in comparison to Croatia and Austria’s crypto stamps, is different.

“We’ve gone for the traditional product which is an actual printed stamp on actual paper,” he said.

“Whereas the ones in Croatia, they are produced in this sort of credit card.”

Mr Enriles said the Gibraltar crypto stamp, although created as a collectable, could be used just the same as an ordinary postage stamp, although it is not intended for this use.

He added that this project has been enticing for the GPBL as it has engaged two markets - the cryptocurrency world and the philatelic.

Mr Enriles expects this will bring in a different global customer base for this project.

“We should sell out,” Mr Enriles said.

Mr Palle added there have already been enquiries from China.

Coinsilium moved to Gibraltar in 2019 and, over the years, has been investing in blockchain, establishing a regulatory framework and advising companies.

When NFTs increased in popularity in 2020, Mr Palle said Coinsilium decided to reach out to the GPBL.

“This is a homegrown project in every sense of the word,” Mr Palle said.

The crypto stamp can be purchased online on the WOPA Plus website: https://www.wopa-plus.com/crypto

The Crypto Postage Stamp, together with the presentation pack will retail for £6.95 with
£2.50 post and package per order.

The Gibraltar Philatelic Bureau will also accept payments in cryptocurrencies, including Bitcoin and Ether.

The prices for the NFTs will be announced at a later date.

The limited edition 2021 cryptocurrency stamp will be issued by the Gibraltar Government and the Gibraltar Philatelic Bureau as from May 17, with pre-orders open as from April 19.