Chief Minister Fabian Picardo on Sunday urged the UK and Spain to “defeat 300 years of history” and seal a post-Brexit deal for Gibraltar that protects frontier fluidity in the interests of citizens on both sides of the border.

With just four days to go to the end of the transition period, Mr Picardo said negotiations for a deal for Gibraltar remained ongoing and that agreement was still possible.

He was speaking after the UK and the EU agreed a treaty on Christmas Eve for a future trading relationship that specifically excludes Gibraltar.

Mr Picardo said that as British citizens, Gibraltarians would benefit from the protections in the treaty afforded to people with British nationality.

But he acknowledged too though that the UK/EU agreement was mainly focused on trade and did not address cross-border mobility, the core issue for Gibraltar and the surrounding region.

“It’s not just us that need a resolution to that issue,” the Chief Minister said.

“In other words, we need the deal to go further, to do more, to provide more from the economic engine that is Gibraltar.” 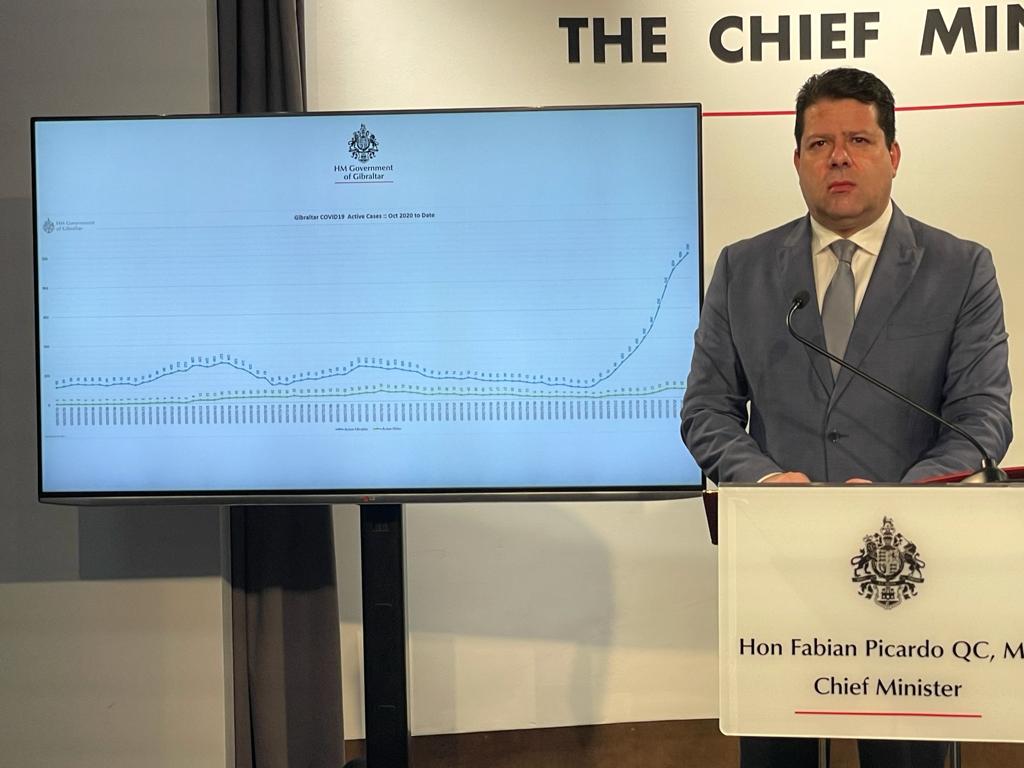 Gibraltar, the UK and Spain have been negotiating a Schengen-style agreement for the Rock that would allow for free movement across the border with Spain and the EU.

In the absence of such a deal, the border would become an external frontier of the EU requiring passports to be stamped and risking the likelihood of lengthy delays and a knock-on economic hit for the Rock and the Campo.

Mr Picardo would not be drawn on reports in the Spanish media suggesting the last stumbling block relates to Spain’s insistence on having its own officers present in Gibraltar to conduct Schengen checks alongside immigration counterparts here at the port and airport.

Other reports suggested a solution may lie in having those checks conducted by officers from Frontex – the European Borders and Coastguard Agency – with Spain acting as the key link for Schengen members.

Both those solutions present a problem for the Gibraltar Government, which from the outset of negotiations set a red line on any Spanish control over who can enter Gibraltar via its port and airport.

Mr Picardo, who has carefully guarded the confidentiality of negotiations spanning several years, said he would neither confirm nor deny those reports, adding this would not help resolve the remaining issues.

Instead, he appealed to negotiators in the UK and Spain to work with Gibraltar to seal the agreement.

“The time has come to grasp the nettle of history, and the nettle stings less if you grab it tight,” he said.

“We can each win only if we all win. And we will definitely all lose if one of us loses.”

“I’m optimistic that we can get there. I do hope that all sides will give this a final push.”

Mr Picardo said he would “fight every step of the way” until time ran out.

And despite the looming deadline of December 31, he suggested talks could go beyond that date if a solution was in sight.

“When we hit midnight on the 31st of December this year, I will not stop hearing the clock tick, I will keep going,” he said.

“For Gibraltar and for the people around Gibraltar.”

“I am not going to accept defeat. I am going to try and snatch success from the jaws of history, and I believe that all our negotiating partners want the same thing.”

“The issues that divide us from Spain have been clear throughout history, but we are now about to begin the third decade of the third millennium.”

“Surely, we can defeat the 300 years of history that we’ve put behind us and look forward to a better future for our children.”

In an interview with the Vocento media group, she played down the baggage of the dispute on sovereignty and said it was Spain’s desire to find a solution to the impasse.

“We have a big disagreement on the issue of sovereignty, but that need not be an obstacle to reach an agreement that favours the movement of our citizens and helps us create an area of shared prosperity,” she said.

“What is in play for this territory [meaning Gibraltar], which voted to remain within the EU, is that they could be the ones who the pay the price of the UK’s failure to reach a deal.”

“They are going to end up outside [the EU], and it is very cold outside the EU.”

“We’re still talking, even over the festive period,” she added.

“We will work for a deal until the last moment, and it won’t be because of Spain [if there is no agreement].”