A civilian pilot landed without permission on a closed RAF airfield in North Wales “because he wanted to go to the beach”.

The pilot landed on a runway at RAF Valley on the island of Anglesey on Monday May 25, sparking an emergency response from Ministry of Defence (MoD) guards and fire crews, the RAF confirmed.

It is understood that, upon landing, he taxied his single-engine turboprop plane to the far side of the airfield, near the beach, where he was confronted by guards.

The pilot was believed to have flown from an airfield in Surrey as he wanted to “go to the beach”, despite it being in breach of the coronavirus lockdown rules for Wales, a source told the PA news agency.

RAF Valley is home to No 4 Flying Training School, which is responsible for training fighter jet pilots and aircrew involved in maritime operations.

Workers were said to be carrying out repairs and maintenance on the airfield at the time of the incident, and no bird control unit was in place.

After security checks were carried out, the pilot decided to take off again, despite the airfield remaining closed, the RAF said. 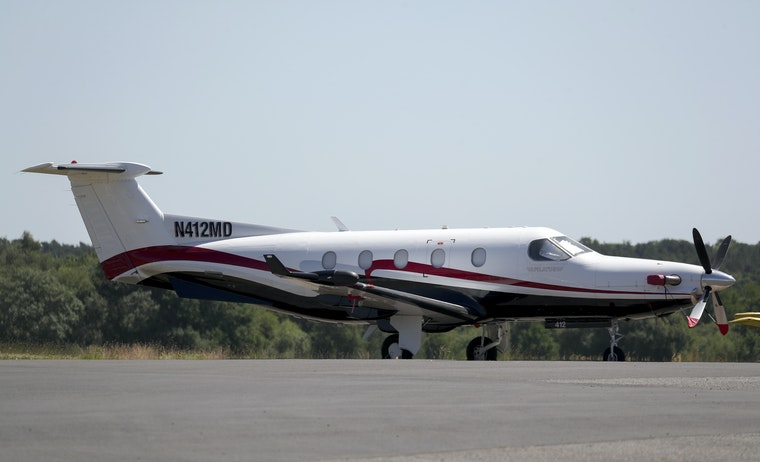 North Wales Police said they are “considering” whether there were “potential breaches” of the Covid-19 legislation.

An RAF spokesman said: “The RAF can confirm that, on May 25, a civilian PC-12 aircraft landed on a closed runway at RAF Valley without permission.

“Whilst irregular, it was assessed that there was no threat to station personnel or the wider public.

“The incident has been reported to the Civil Aviation Authority (CAA).”

The spokesman said the pilot was not in distress.

While the RAF does accept civil aircraft at its stations, 24 hours’ notice is required to ensure they do not affect military activity.

By landing on a closed airbase, it meant that appropriate fire and rescue cover was not in place, the RAF said, adding there was no “immediate danger” to other military aircraft.

It is understood that the unauthorised landing was a civil trespass offence, rather than a criminal offence.

Superintendent Richie Green, from North Wales Police, said: “We were contacted by colleagues from RAF Valley at 1.04pm on Monday 25 May, reporting that a light aircraft had made an unauthorised landing at the airbase. The pilot was dealt with by military police.

“Whilst the incident is primarily being investigated by the RAF and Civil Aviation Authority, North Wales Police are currently considering potential breaches of the Covid legislation in Wales.”

A spokesman from the CAA confirmed that it was investigating the incident.

The Duke of Cambridge was posted to the airbase in 2010 with Number 22 Squadron, where he flew the Sea King 3A helicopter.