Police renew search for sailor who went missing in 1986

Detectives will this week renew the search for Simon Parkes, acting on new information which could finally resolve the young sailor’s mysterious disappearance over three decades ago.

Simon vanished without trace in 1986 after a night out in Gibraltar, where his ship HMS Illustrious was docked. He was 18 at the time.

Police have never given up on the case, called Operation Thornhill, and today will commence a search of Trafalgar Cemetery acting on new information received by officers of the Hampshire Constabulary, which has worked closely with the Royal Gibraltar Police over the years to try and resolve the disappearance.

“We believe this new information is credible and gives us an opportunity to find out once and for all what has happened to Simon,” said Detective Inspector Roger Wood from Hampshire Constabulary.

“As with any cold case, no case is ever closed indefinitely - if we get new information that offers new and legitimate investigative opportunities then we will take action.”

“We have duty to the public and to Simon’s parents to follow-up this new lead and see what comes from it.”

“There is a significant amount of work that has brought us to where we are today and we would not be taking these steps if we did not think it was worth it.”

“There is of course the chance that we do not find what we are looking for during this trip, but we cannot ignore new information.”

“We owe it to Simon and his family to try.” 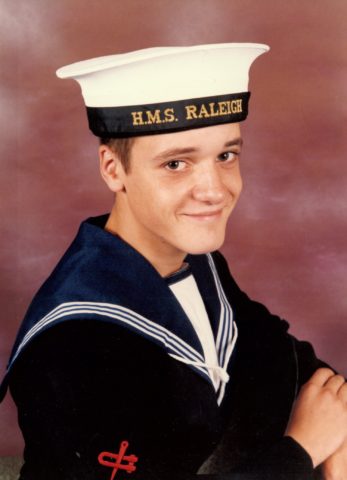 This is not the first time that areas of Gibraltar have been searched exhaustively for evidence that might help clarify Simon’s disappearance.

Previous searches of the Upper Rock, South Barracks and tunnels in the 1980s and early 2000s were fruitless.

Simon served in the Royal Navy as a radio operator and docked in Gibraltar on board HMS Illustrious.

He was last seen leaving the Horseshoe Bar in Main Street on December 12, 1986.

Simon never made it back on board HMS Illustrious and the ship returned home to Portsmouth for Christmas without him.

No one knew what had happened to him despite a huge manhunt to find him.

But over three decades later, police are again hopeful of a breakthrough. 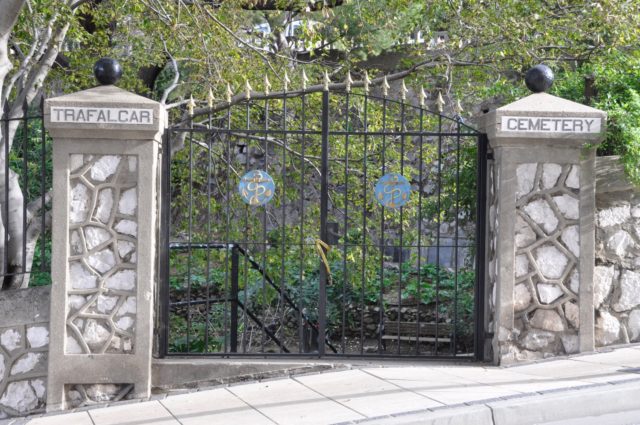 The search in Trafalgar Cemetery, the final resting place of sailors who died in the Battle of Trafalgar and other military personnel who served here over the past three centuries, will take most of the week and will involve specialist officers.

In 1986 when Simon was initially reported missing it was suspected he had gone AWOL and perhaps had travelled to Spain.

But when his passport, possessions and Christmas presents were found on board this was deemed unlikely.

He had been on a nine-month world tour and was looking forward to coming home to his parents for Christmas.

Since then investigations into Simon’s disappearance have so far failed to find answers for his devastated parents, who have publicly raised questions about one of the last people seen with Simon.

Convicted murderer Allan Grimson, a former Royal Navy petty officer who was also on board HMS Illustrious in Gibraltar, was one of the last people seen with Simon before he disappeared.

But Grimson, who is currently serving a 22-year jail term for the murders of naval rating Nicholas Wright, 18, from Leicestershire, and barman Sion Jenkins from Newbury, Berkshire, has always denied killing Simon. He becomes eligible to apply for parole this month. 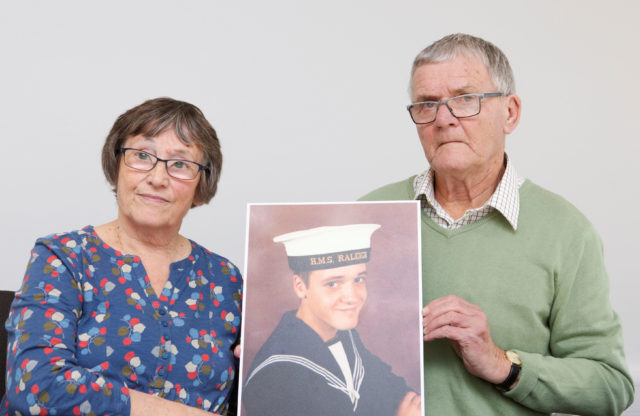 Simon’s mum, Margaret Parkes, is thankful for the renewed investigation into her son’s disappearance.

“After all this time we did not think that we would get another chance to find out what happened to Simon, so we are very grateful to the police for this,” Mrs Parkes said.

“We know there’s a chance we won’t get the answers we so desperately want but it would mean the world to us if we could finally bring Simon home.”

The search this week is being coordinated by RGP Detective Chief Inspector Brian Finlayson, together with DI Wood from Hampshire Constabulary.

DCI Finlayson highlighted the importance of “never giving up in an unresolved cold case investigation.”

“The police is duty bound to the general public and to Simon’s heartbroken parents, to follow up these new investigative opportunities, and we are hopeful that answers will be forthcoming,” said DCI Finlayson.

Contemporary reports in the Chronicle following the disappearance described Simon as being of slight build, 5’8 tall with a West Country accent.

He was last seen wearing faded blue jeans, a pale grey T-shirt, and a long sleeved blue and grey crew neck jumper with a diamond pattern.

His distinguishing feature was a tattoo on his right arm of a black horse’s head with the name Simon through it.

Despite the passage of time, police hope their work in Gibraltar this week might also generate new leads to follow.

the key to solving this,” DC Wood said.

knew of Simon but has not yet spoken to us, or anyone who has

remembered something new since talking to us last, to get in touch as

any small piece of information could really help our investigation.”

“I know it was a long time ago, but if there is anything you remember being strange or out of place please get in touch.”

have spent the last 30 years searching for.”

Anyone with information about the disappearance of Simon can call 200 72500 in Gibraltar, or Crimestoppers anonymously on 0800 555 111 in the UK.

Alternatively, information can be reported online via a dedicated portal:  https://mipp.police.uk/operation/44HC19E01-PO1