Police seized drug bales and searched Eastern Beach and the runway area on Friday night after a rigid-hulled inflatable boat of the sort used by smugglers approached the shore in stormy weather.

Officers of the Royal Gibraltar Police, assisted by Customs and Gibraltar Defence Police officers, were at scene and a police spokesman confirmed the RHIB had also been seized.

No arrests had been made but a search was still under way at 8.45pm.

A total of 32 bales weighing approximately 1.3 tonnes had been recovered from the scene, the RGP spokesman said. 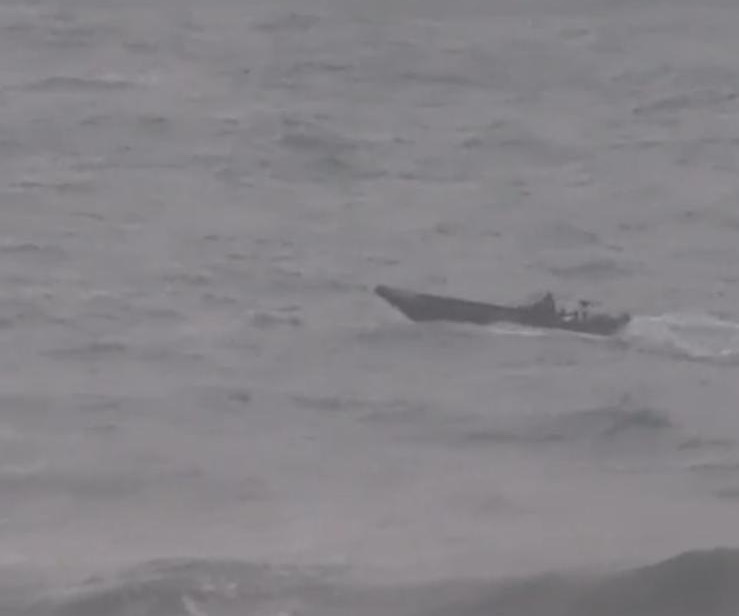 Earlier during the day, a RHIB had been seen travelling up and down the coastline between Gibraltar and Estepona seeking shelter from the rough seas.

At one point it tried to shelter in the port at La Atunara but made out to sea again to escape a Guardia Civil helicopter that was tracking its movements.

It is not clear whether the boat at Eastern Beach tonight is the same vessel and at 8.45pm, the operation remained live.

More as we have it.