Mr Rowbottom had previously visited the school and given the young pupils a talk about his inspiring challenge. 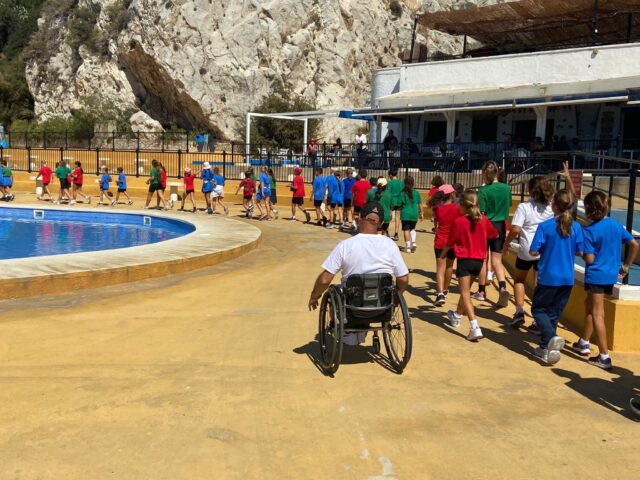 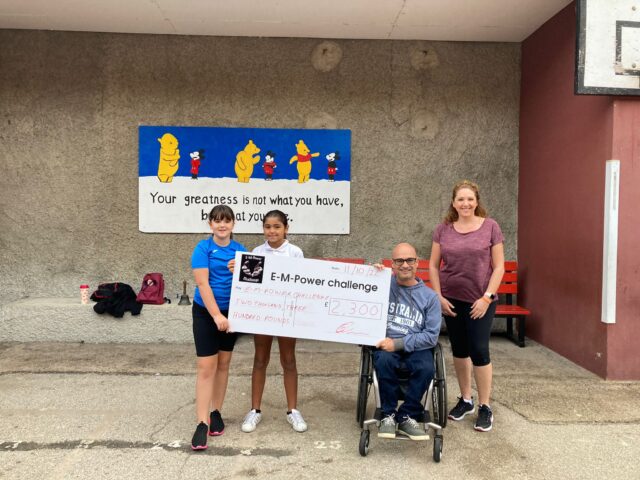 The children were amazed and it inspired them to prepare a challenge of their own, a sponsored walk around Camp Bay which lasted for an hour.

The pupils raised more than £2,300 which will be donated by Mr Rowbottom to his chosen charities, SNAG and the GBC Open Day.

The children proudly presented a cheque to Mr Rowbottom at school on Tuesday.