Randall sets off for Jerusalem

Mark Randall set off on his 8,400km journey from Europa Point to Jerusalem ‘with butterflies in my tummy’ shortly after sunrise yesterday.

He was accompanied on the first seven-hour leg to Los Barrios by a large group of supporters, family and friends. From there to Jerusalem, he will be on his own.

Carrying just a rucksack and wearing sandals, he aims to walk across Europe to the Middle East. It will take him between nine months and a year.

His journey starting at the Rock will see him travel through 15 countries, many of them challenging. The list is long and includes Spain, Portugal, France, Italy with a detour to Rome and then back to Vienna, Slovenia, Croatia, Bosnia, Montenegro, Albania, Macedonia, Greece, Turkey, Cyprus and Israel. 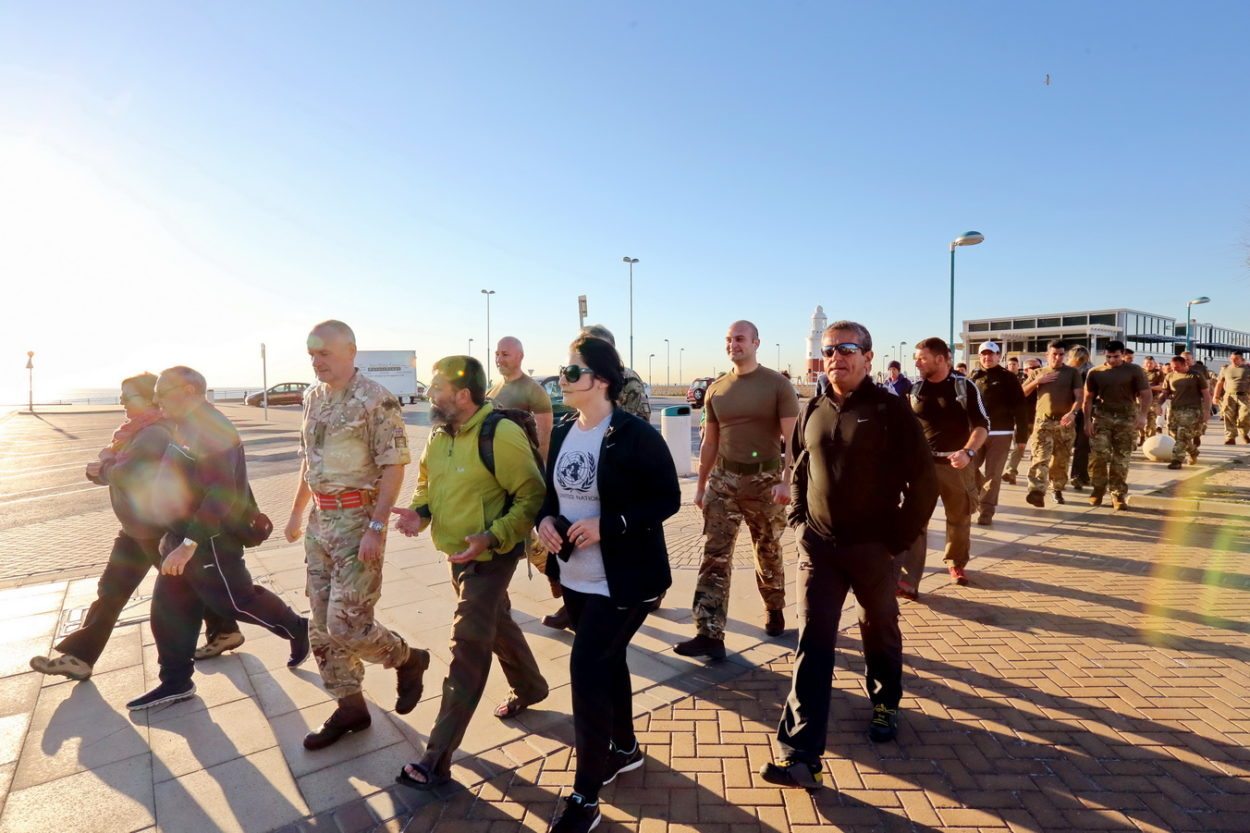 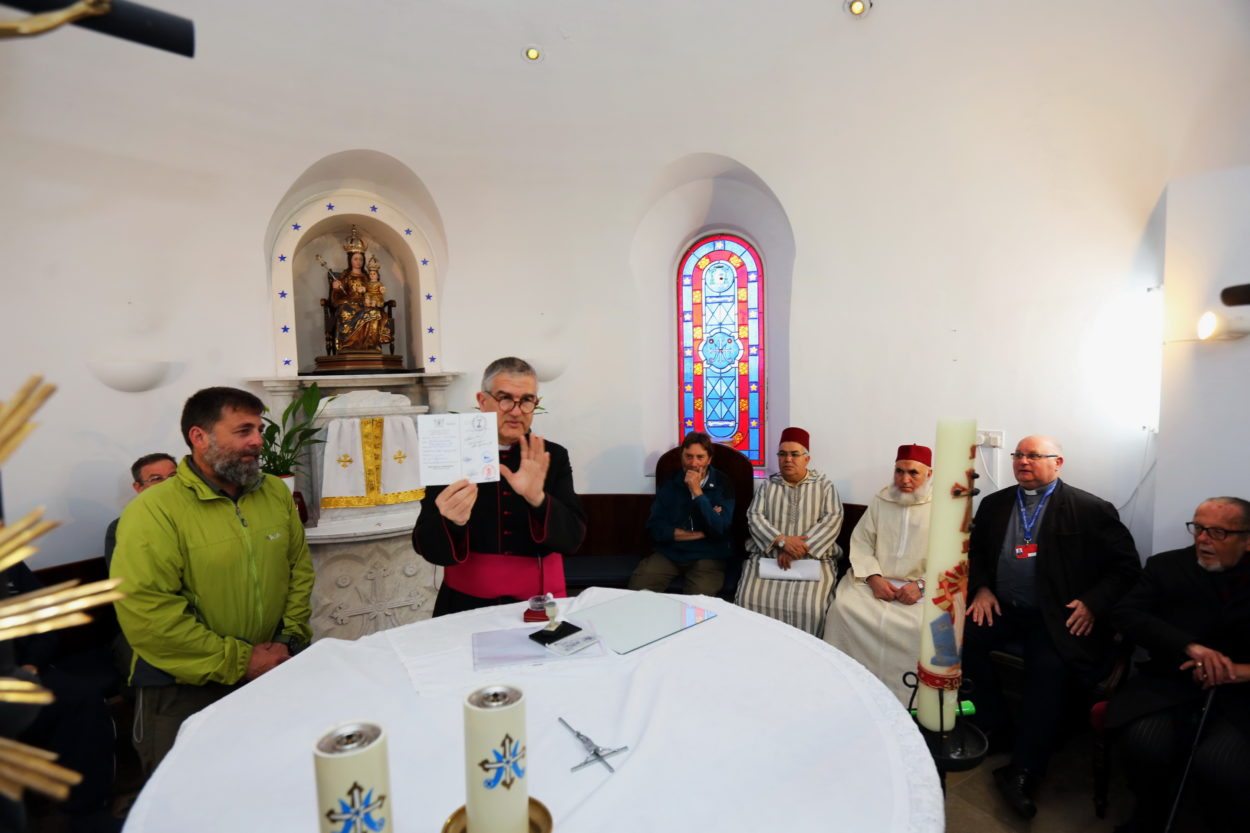 A blessing was held by Father Charles Azzopardi at the Shrine of our Lady of Europe to wish Mr Randall well on his journey. The service was attended by representatives of the Jewish, Muslim, and Christian religions.

Mr Randall’s pilgrim’s ‘passport’ was signed and stamped by Bishop Ralph Heskett during a previous visit to Gibraltar, alongside other religious representatives.

“Behind every successful man there is always a wonderful wife and parents,” Father Azzopardi said.

Father Azzopardi wished him the best for his journey and said Mr Randall would remain in his thoughts especially during times of difficult whether conditions.

Mr Randall is raising funds for four charities including ‘Por Una Sonrisa’ a Campo based children’s charity, The Taourarte Education Charitable Organisation, the Royal Gibraltar Regiment Benevolent Fund and the GBC Open. At yesterday’s event Mr Randall presented a representative from the Taourarte with a £300 cheque and he presented Governor Lt Gen Davis with a copy of his book ‘Walk to the Rock’.

This is not his first walk, last year he walked from Cardiff to Gibraltar raising £17,000 for charity.

“I felt very, very anxious which is normal with butterflies in my tummy, but today I feel excited,” Mr Randall said.

“I think what I just experienced with the ceremony in the shrine and seeing so many people here to support me. It has made me feel more at ease with myself now.”

Mr Randall called the support he received “fantastic” and added he does not know when exactly he will be completing the walk. He also thanked all the religious dignitaries who had “gotten up so early” to give him their blessing.

“People ask if it is going to take me nine months or 12 months, well the reality is, I don’t know,” he said.

“But when you start working out the kilometres and my average with a few rest days, I reckon it could be between nine or 12 months.”

“It also depends on the refugee situation coming up through the Balkans, Greece and Turkey in particular, and it depends on my own injuries.”

When asked how he felt about crossing the countries where the refugee crisis emanated he said was excited.

“I am really looking forward to the Balkan’s because I spent over a year in different military tours and operations,” he said.

Donations can be made to the Taourarte Education Charitable Association directly. Account number: 02629001, sort code: 60-83-14. Cheques can be made out to the RG Benevolent Fundand sent to Captain John Pitto, Adjutant, the Royal Gibraltar Regiment, Devils Tower Camp, BFPO 52.