Rebecca Calderon has won the top prize in this year’s Poetry Competition with a poem inspired by Covid-19.

This year the competition organised by the Gibraltar Cultural Services and sponsored by the Chronicle had attracted a total of 221 entries. 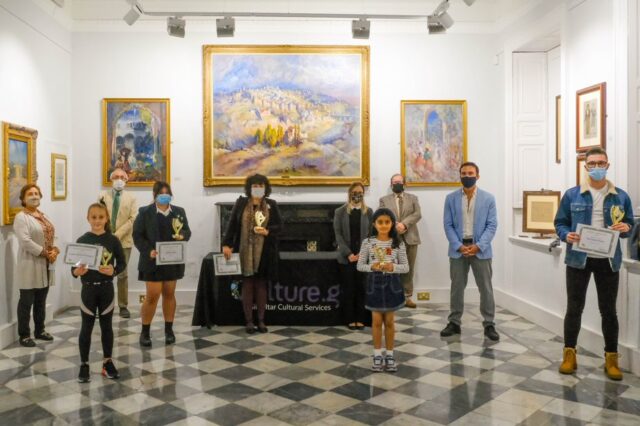 Mrs Calderon was surprised and emotional to have won the top prize, adding that her poem had come “from the heart”.

Her poem titled ‘Plague’ is inspired by Covid-19 as well as previous plagues in history.

“During lockdown I read a book of ‘The Silence of the Girls’ by Pat Barker and it was about the women in the Trojan Horse,” Mrs Calderon said.

“There was a plague section in that book and it really inspired me, about how then in those ancient times they didn’t know where it was coming from and people would just start dying.”

“I was inspired by that and there were so many comparisons and then I read up about the Great Plague of London.”

“I was just inspired by plagues and how now, even in this day and age, we don’t know, I know there’s a vaccine, but we’re flummoxed and its 2020.”

Mrs Calderon added she compared and contrasted plagues, admitting she had written a “gloomy” poem.

“It was what I was feeling at the time and it just came out,” Mrs Calderon said.

The Minister for Culture, Dr John Cortes, thanked all those involved, adding his support for the competition.

“The Poetry Competition adds a dimension to culture in a genre that I am very happy to support and promote,” Dr Cortes said.

“The announcement of the winners in the middle of Literature Week places it in context too. I am very pleased with the number of entries, but more importantly, with the quality of the entries.”

“I would like to thank everyone involved in this venture, including the Gibraltar Chronicle, the Department of Education and especially the adjudicators Mr Charles Durante and Mrs Conchita Triay.”

“However, I would like especially to thank the many individuals who put pen to paper and in doing so allowed us to enjoy their excellent work.”

The prize for Best Spanish Poem was presented to Mark Montovio, and the winner of School Years 11 – 13 was Neil Derek Perez.