Spain’s Guardia Civil has dismantled a major drug smuggling network in the Campo de Gibraltar and Seville, highlighting the “important cooperation” it received from the Royal Gibraltar Police during an operation spanning months.
The operation resulted in 78 arrests and the seizure of over six tonnes of cannabis resin, as well five rigid-hulled inflatable boats, six firearms, 17 vehicles and nearly half a million euros in cash.
The operation commenced in February after three men were rescued by Spanish maritime rescue services from a vessel that was in danger of sinking near Gibraltar.
The vessel was later recovered by the RGP along with 84 bales of cannabis resin weighing 2.5 tonnes.
“With the cooperation of the Royal Gibraltar Police, it was established that one of the men rescued at sea was a confidante of the leader of the most important drug-smuggling organisations in Andalucia,” the Guardia Civil said in a statement.
Investigators were able to establish a link between a Campo-based gang led by a man nicknamed ‘El Messi’ and a gang called ‘Los Lanas’ that operated on the Guadalquivir river. 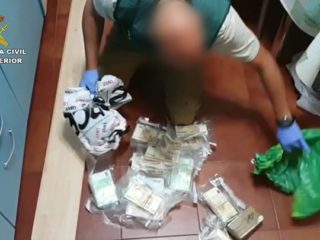 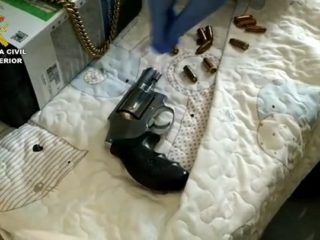 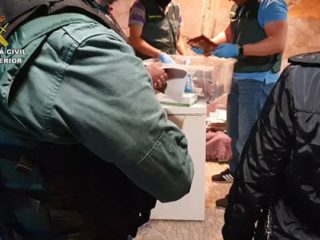 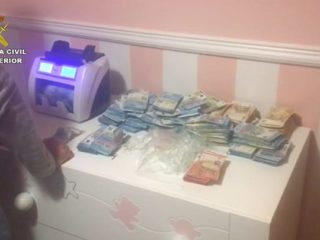 Faced with intense police pressure in the Campo area, shipments of drugs were being ferried further north along Spain’s Atlantic coastline and inland via the river in a bid to avoid detection.
The next stage in the operation came in April when Spanish investigators intercepted 3.1 tonnes of cannabis resin on a vessel near Seville.
That led to a major crackdown on both networks, with searches in 25 properties in Cadiz, Seville and Malaga provinces and 20 bank accounts frozen.
Investigators also closed down a boatyard that specialised in building and maintaining large RHIBs of the sort used by smugglers to carry drug shipments from Morocco to Spain.
As well as the 78 arrests, Spain has issued international arrest warrants for 16 other members of the organisations, including ‘El Messi’ himself.
Another 24 people in La Linea and Algeciras are being investigated on suspicion of money laundering.
As part of that ongoing element of the operation, the Guardia Civil has blocked “dozens” of bank accounts and seized 14 vehicles, three vessels and six properties in Algeciras, valued at over three million euros in total.
“With this operation and with the support of the Royal Gibraltar Police, the Guardia Civil has dismantled one of the most important organisations operating in the river Guadalquivir, a subsidiary of another organisation based in the Campo de Gibraltar,” the Guardia Civil said in the statement.
This is the latest in a string of operations in which the RGP has worked with Spanish counterparts to target organised crime in this area.
“I cannot stress it enough that organised criminality can only be addressed with international law enforcement co-operation, simply because organised crime knows no frontiers," police Commissioner Ian McGrail told the Chronicle.
"The RGP is extremely pleased that we have been able to contribute in this case to the coralling of these criminals."
"Using recognised legal instruments we have responded to requests from the Guardia Civil following on from close ‘police to police’ sharing of intelligence and have converted that intelligence into evidence."
"It is accepted by big nations that organised criminality presents a threat to national security and therefore it is most logical that law enforcement efforts support each other."
"As far as Gibraltar is concerned, and I speak on behalf of our law enforcement agencies, we will pursue organised crime in our own right and in support of international partners be it the NCA, FBI, DEA, Guardia Civil, Policia Nacional, the French, Portuguese, Dutch, Moroccan etc."
"And I say, watch this space for further operations to tackle the scourge and damage organised crime causes our to society."