Marillion’s keyboard player, Mark Kelly, and his bride, Karina Goncalvez, had a wedding fitting for a rock star on the Rock of Gibraltar.

The Irish and Brazilian couple were delighted to be getting married on the Rock, although it was not their original plan.

Covid had dashed their previous plans and the couple looked for a new location. 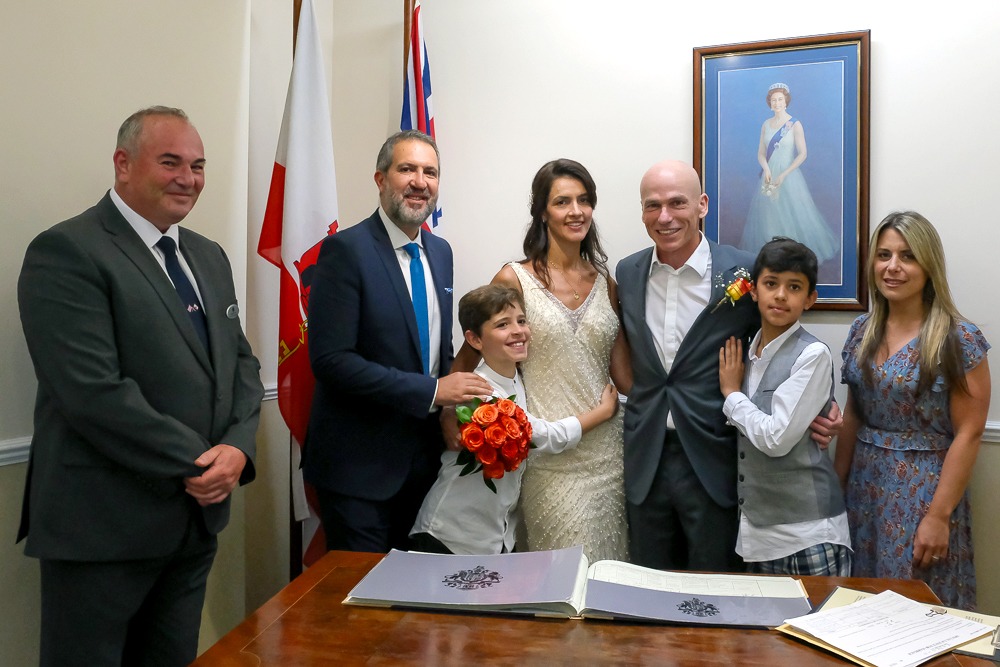 Marillion fan Fabian Vinet and his wife, Genevieve, stood beside the couple as they tied the knot, acting as their official witnesses.

The newlyweds looked blissfully happy as they stood outside the wedding registry with her two sons hugging them tightly.

Plans for a big wedding back home in Oxford were shelved when the couple became more enamoured about actually getting married over having a big wedding.

“We had our wedding originally booked for about a year ago and then we moved it to May and then because Karina’s family and friends were in Brazil and couldn’t come to England. So we just thought ‘you know what let’s just married in Gibraltar’,” said Mr Kelly.

“And we booked it and flew out and did it.”

His new wife quickly quipped that the sun was also an appealing factor to her as a Brazilian.

While family and friends could not be there in person, they were still able to witness their marriage.

“We were sharing with them on Facebook so they could see it live,” said Mr Kelly. 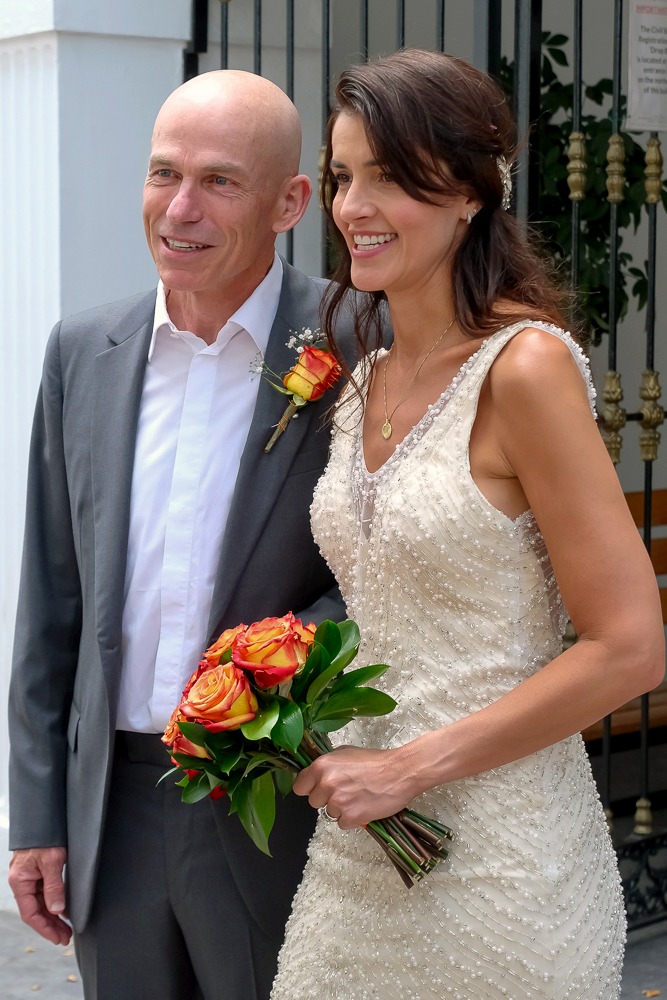