The Rotary Club is marking World Polio Day today by raising awareness and encouraging the public to wear purple and donate, after the UK detected an outbreak in sewage samples.

The club president Mary Jane Feeke told the Chronicle the Rotary has supported and raised awareness for the event in recent years.

This year, however, saw the UK and Gibraltar offer polio booster vaccinations to children as a precautionary approach.

Polio is a potentially deadly virus which can cause paralysis, and there have been no confirmed cases of polio in the UK since 1984.

But the Rotary Club has warned if eradication efforts stopped today, within 10 years polio could paralyse has many was 200,000 children every year.

According to the World Health Organisation there are two polio-endemic countries Afghanistan and Pakistan.

Ms Feeke said the Rotary Club has worked towards donating and raise awareness regarding polio since 1979, helping reduce cases by 99.9%.

"In 1979 that was the first project that Rotary ran to vaccinate children in the Philippines," she said.

Donations can be made to the Rotary's Polio eradication fund: https://rotaryfoundationgbi.beaconforms.com/form/918772a4 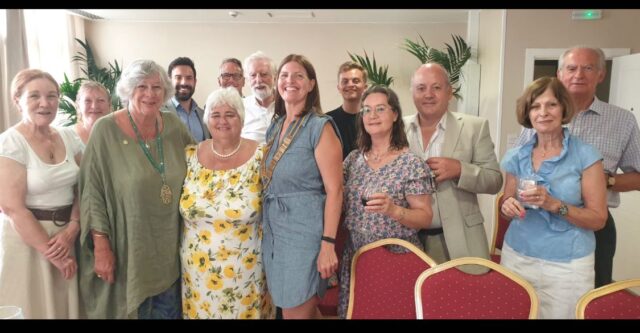 Ms Feeke, aged 43, was recently elected as president of the Gibraltar branch of the Rotary Club, making her the youngest women to ever hold the post.

She first joined Rotary 25 years ago as an exchange student sponsored by her local Rotary Club in Canada. As part of the project she travelled to South Africa where she lived for a year.

She travelled across South Africa to various Rotary Clubs, taking part in initiatives including building orphanages and raising money.

Ms Feeke moved to Gibraltar from Canada a few years ago with her husband and children, after visiting the Rock on holiday.

Her husband is South African they were looking for a change of climate to warmer weather, which was also English speaking.

After arriving in Gibraltar, she attended the first possible car boot sale the Rotary Club had organised and introduced herself. 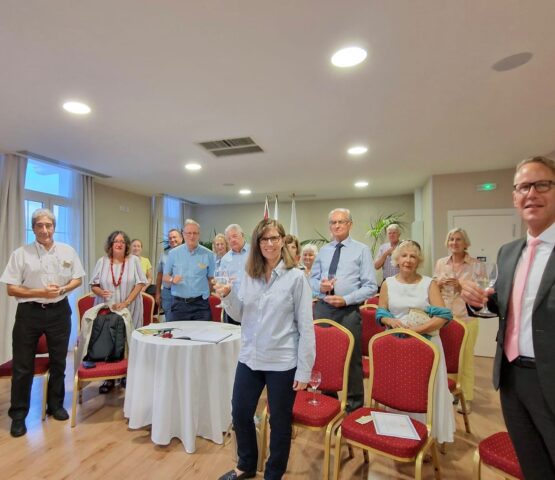 Ms Feeke's father and uncle are both Rotarians so she felt a connection to the charity.

"I feel very strongly about volunteering and about becoming a part of the community," she said.

After a year in Gibraltar, she joined the board of Rotary as a youth officer and continued with that work for years until she was elected president.

She aims to raise awareness of the work Rotary does and is excited for the role.

"I really feel it's important for women to take on leadership roles," she said.

"I think we have different experiences and perspectives on opportunities and challenges." 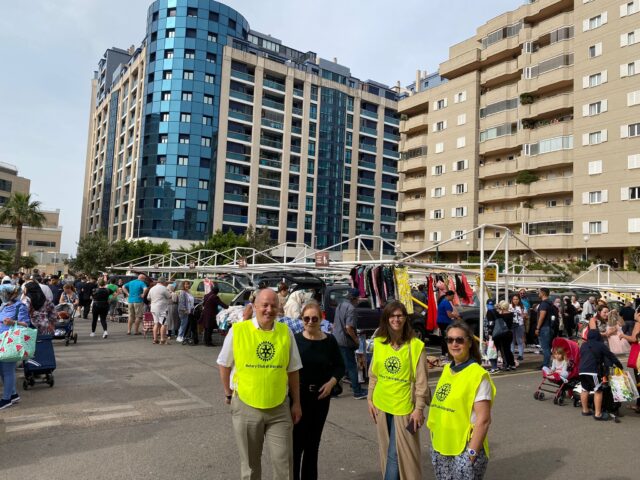 She hopes to encourage women to sign up to leadership roles.

Her time as president of the Gibraltar branch also comes at a time when Jennifer Jones, who is also a Canadian, was selected to be the first woman president in Rotary International's 117 year history.

"Rotary started out as a mens business club, so the reality is the world's changing and as women are taking on leadership roles in the workplace, you are seeing it more in other places as well," she said.

Ms Feeke's term as president will continue until July 1, 2023, with 30 members in the Club.

She encouraged volunteers to join the Club at their weekly meetings on Tuesday's at 7.30pm at the Rock Hotel.