Major Simon Andrews and Warrant Officer 1 (WO1) Chris Hatchard, members of the REA, laid a wreath at the grave of Sapper Watts, on behalf of his great niece Amanda Strutton.

Sapper Watts was tragically killed on November, 29, 1943 following an explosion in Gibraltar. 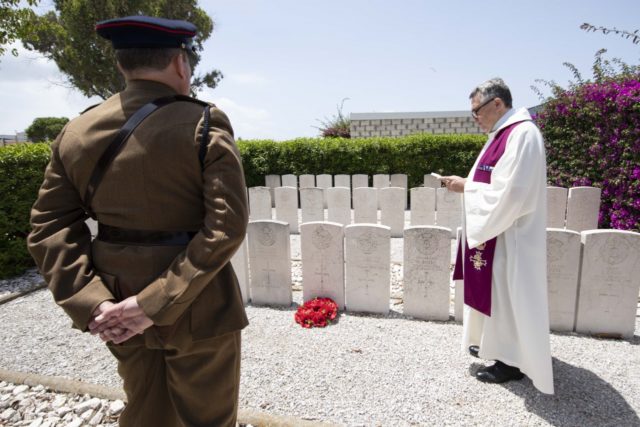 Ms Strutton had planned to travel to Gibraltar to visit Sapper Watts’s final resting place for the first time on what would have been his 100th birthday and lay the wreath in person.

However, when the Coronavirus restrictions prevented her being able to travel to Gibraltar, she called on the support of the REA.

Although Ms Strutton was not able to attend the service in person, using modern technology she was still able to join the short ceremony virtually through WhatsApp.

Following the event Major Andrews and WO1 Hatchard were also able to show her great uncle’s final resting place.