The Royal Navy’s only ice patrol ship arrived in Gibraltar on Monday for a programmed logistics visit on its way to the Antarctic, its first trip to the region since 2019.

HMS Protector, fondly known as the Royal Navy’s ‘Swiss army knife’ because of its multiple capabilities, is sailing south at a time of increased concern about the impact of climate change.

With the UK about to be the focus of international efforts to tackle climate change as it hosts the UN COP26 conference in Glasgow, the unique survey and research ship will continue her work supporting scientists from around the world study the impact of global warming.

A major refit – the most comprehensive in the ship’s history – confined her to Middlesbrough for much of 2020.
She ‘warmed up’ for work in sub-zero temperatures by sailing into the Arctic in June to practise crunching ice, venturing further north than any Royal Navy vessel within recent memory – just 1,050 kilometres from the top of the world.

On this deployment, however, her work initially will be concentrated in the warmer climes of two of Britain’s South Atlantic territories: Ascension Island – In the middle of the ocean between Brazil and Angola – and, 800 miles to the southeast, St Helena.

Some of the stretches of water around the remote islands have not been surveyed in 200 years, so Admiralty Charts – used not just by the Royal Navy, but seafarers the world over – need updating courtesy of the latest sonar and surveying equipment HMS Protector carries.

The ship will begin her polar work in December at the height of the austral summer, during which temperatures can creep just above freezing. 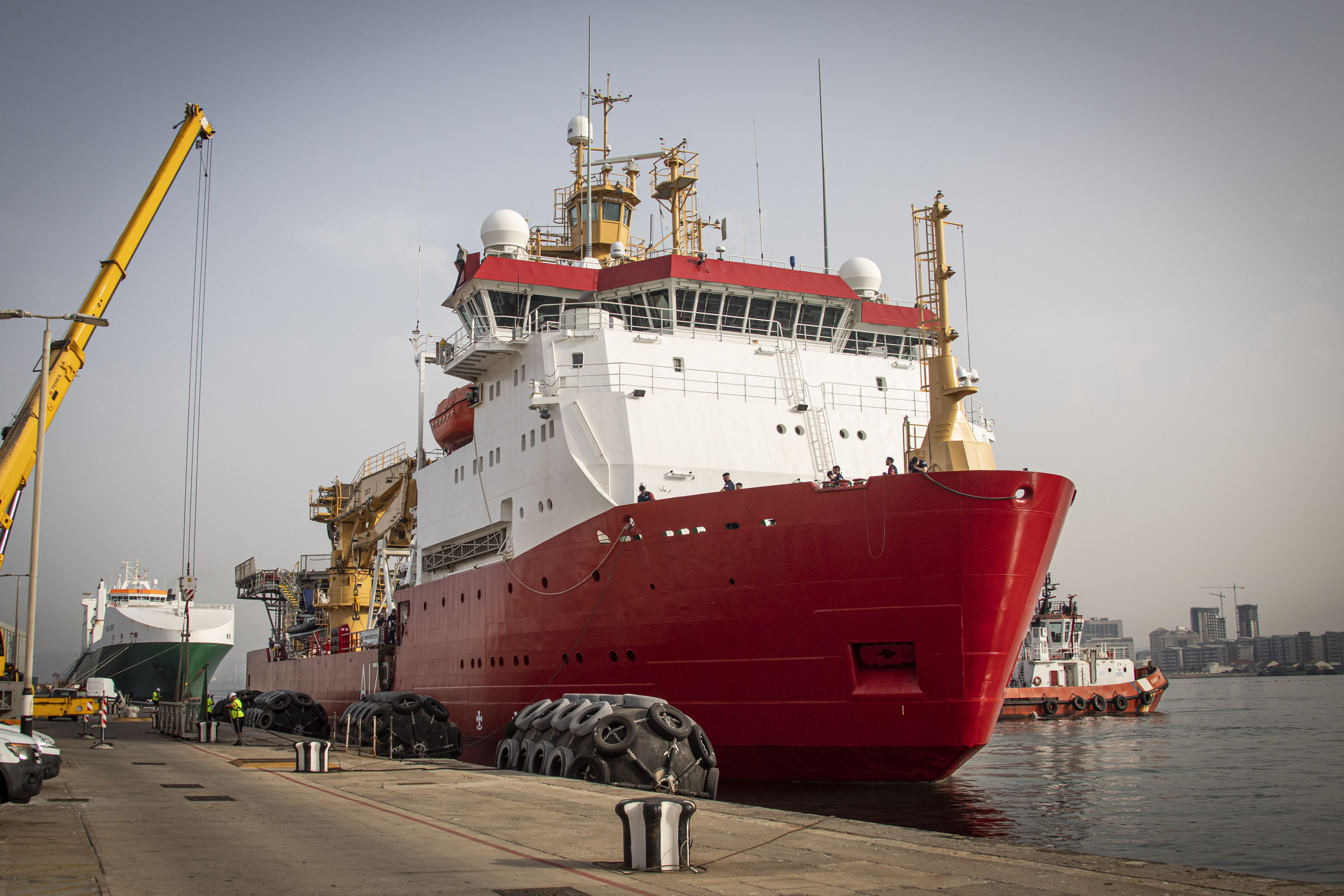 In heading into both polar circles and crossing the Equator – an event marked by a colourful, traditional nautical ceremony known as Crossing the Line – in a single year, the ship’s company believe they could be making Royal Navy history.

“I am proud of the very hard yards this team made to reset the ice patrol ship. It’s time now for new adventures at the other end of the world,” he said.

His ship’s company is relishing the opportunity to visit places ‘eco-tourists’ pay thousands of pounds to experience.

Protector’s physical training instructor Jack Basher is keen to organise workouts, sporting ‘fixtures’ and some adventurous training “in one of the most inhospitable environments on earth”, while the ship’s doctor Surgeon Lieutenant Commander Katie Newlands is geared up for dealing with cold weather conditions and injuries.

“The exciting opportunity to be able to visit the Arctic and Antarctic Circles in the space of six months, witnessing unforgettable terrain and sights including polar bears and penguins will be something to treasure for the rest of my life,” he said.