Salvors will flood OS 35 to add stability ahead of storm

Salvors will on Friday flood the stern section of the wreck of the OS 35 to sink it to the seabed and give the damaged hull additional stability ahead of a Levanter storm forecast this weekend.

Flooding the stern section will mean the entire vessel will be resting on the seabed in around 16 metres of water, minimising the impact of swells on the buckled hull.

The hope is that by settling the entire hull on the sandy seabed, the wreck will remain intact even in swells that according to forecasts could potentially reach up to three metres on Sunday and Monday.

The plan was drawn up by Resolve Marine, the salvage company tasked with dealing with the wreck, and was approved by the John Ghio, the Captain of the Port, following advice from the Gibraltar Port Authority’s independent salvage advisor, Belgian consultant Eric Houtteman.

The bow section of the vessel is resting on the seabed and is believed to have sunk about 1.5m into the sand. But the ship buckled two days after the collision and the stern section remains buoyant thanks to its engine room and an aft cargo hold, both of which remain intact and dry.

That means the hull is constantly flexing at the weakest point toward the bow where the steel crumpled, with the constant action of the sea weakening it further as each hour passes.

So far, salvors have been lucky with the weather and have been able to work in relatively calm conditions.

But with the swell forecast to increase in the coming days, unless action is taken the fear is the sea could tear the ship in two, ripping open empty fuel storage tanks and releasing leftover residues into the marine environment.

Mr Houtteman, who has three decades of experience in the salvage sector, said the ship could already be considered as being in two pieces - a forward 73m-long section and an aft 105m-long section – both connected together by cracked, bent and buckled steel.

"I know from experience that eventually the sea will just make a big mess of the ship, it will just happen," Mr Houtteman said.

"It will lift it up and down a couple of metres and the steel can't handle it."

"In my mind it's already two pieces because it's broken, there is no structural integrity, it's just a little bit of steel holding it together."

"The advantage of putting it down is that you stabilise the situation."

"Now it's still dynamic, it can still move and twist and bend a lot."

"But if you put it down, because of the weight of the ship and the cargo, and because it will sink into the sand a couple of metres, it won't move anymore."

"That means there is less chance of stuff that we don't want happening, for example ripping open a fuel tank which still has dirty steel inside."

"We can prevent that by stabilising the whole thing, so the salvor's proposal is, in my expert opinion, the best course of action." 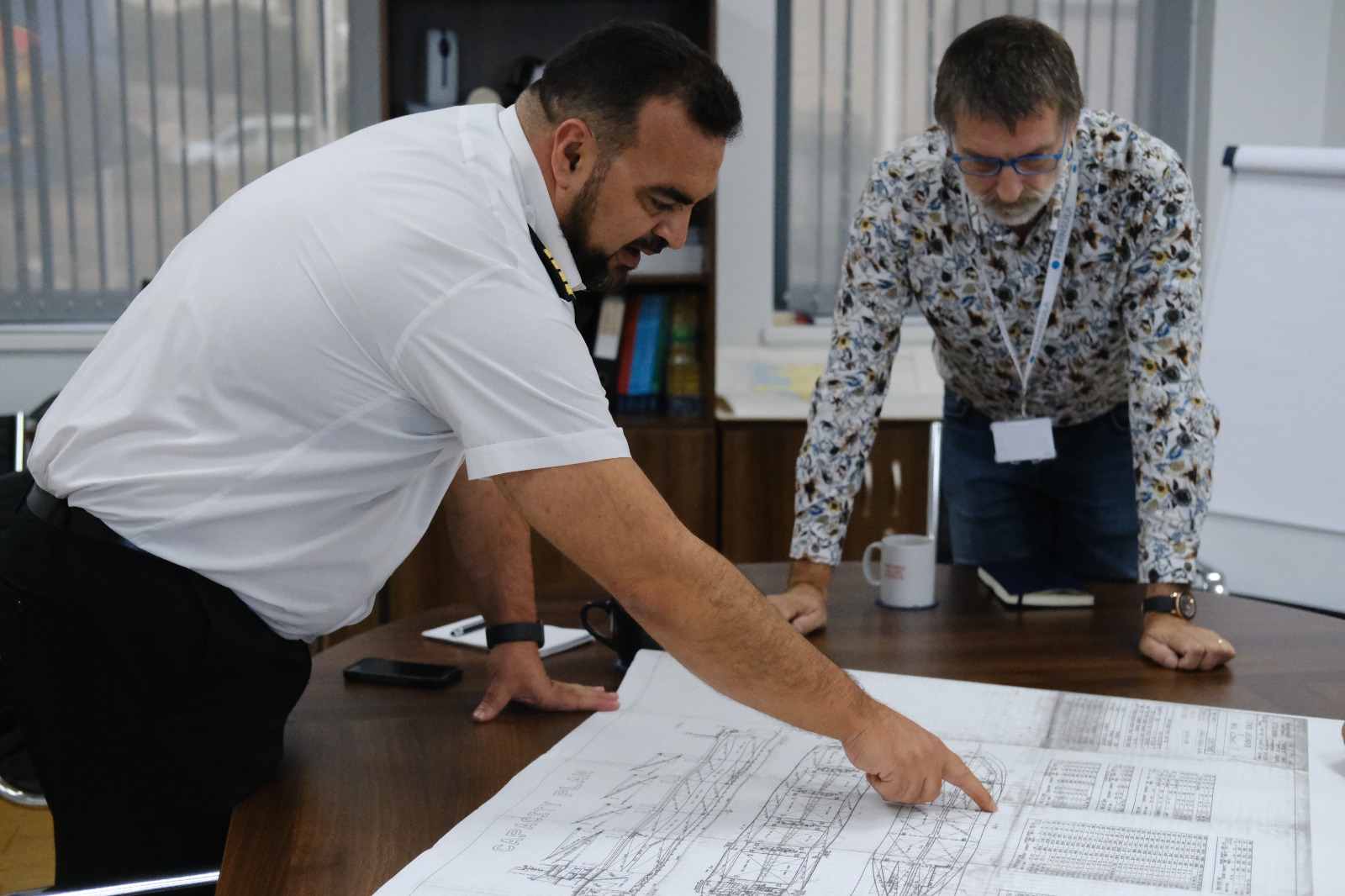 The OS 35 was beached 700m off Catalan Bay after a collision with the liquefied natural gas carrier Adam LNG on August 29 in the Bay of Gibraltar.

It was carrying a cargo of 30,000 tonnes of steel rebars and over 500 tonnes of mixed fuels for its own use.

Salvors have worked round the clock to remove the bulk of the fuels from the vessel, but some residual content remains on board and the government has made clear there is a risk of further pollution.

On Friday, as the vessel is flooded in a slow, controlled manner, a boom will remain in place around the wreck to contain any oil that might spill out.

But salvors will first seal any hatches and compartments and the hope is that, if all goes well, further pollution will be minimal.

The GPA and the Department of the Environment will monitor the vessel and the shorleine throughout the weekend to ensure clean-up teams can respond as soon as the weather permits if necessary.

On Saturday ahead of the bad weather, the boom will be removed to protect it from damage. It will be reinstalled as soon as the weather permits.

Salvors have also been working round-the-clock to strip the ship's accommodation block of any loose materials that could end up washed ashore if the ship is damaged.

"The more stuff we can get out, the less debris that can materialise if we have damage to the accommodation block on the vessel,” Mr Ghio said.

"But we haven't been able to strip the vessel down to bare metal, which would have been the ideal scenario.”

What happens after this weekend remains to be seen.

Salvors are analysing various options for the complete removal of the wreck but that is a process that could take anywhere between six to nine months.

Mr Ghio said the GPA hopes to have the wreck and any debris removed from the seabed “before the beginning of summer” next year.

The pace of that operation will depend on the weather and the degree to which salvors are able to work in a staged fashion, potentially first removing deck cranes, part of the cargo and so on.

There is also a possibility that the aft section of the vessel, which retains buoyancy, can in time be emptied of water, cut from the bow section and towed to a sheltered area for scrapping.

But all of this is in the future, and no decisions have yet been taken.

"It's a complex situation and it will change every time we have a weather event."

"Right now, we are convinced that [flooding the vessel] is the best course of action."

"It will stabilise the situation as far as it can be stabilised." 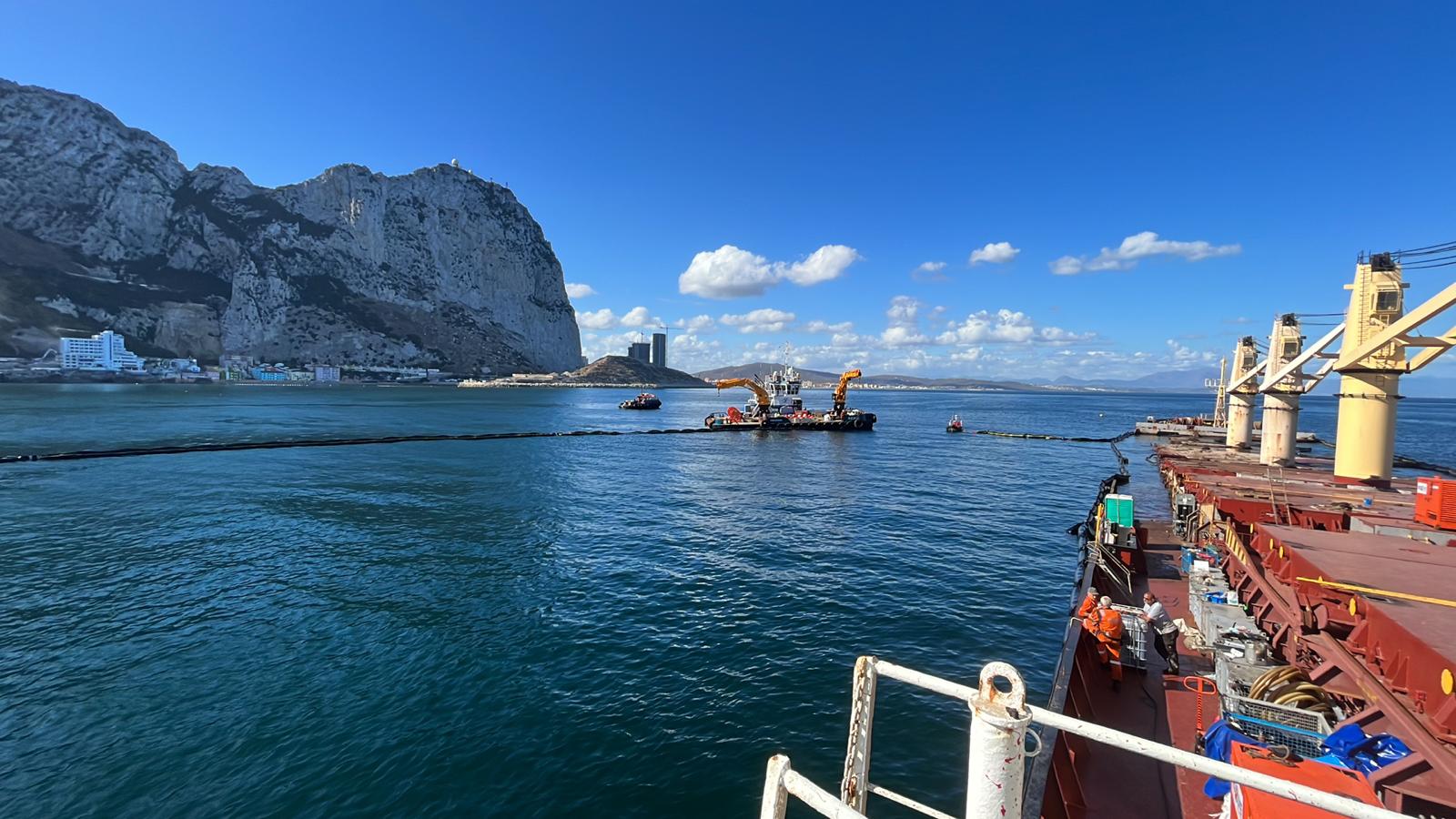 Spain’s maritime rescue authority, which has cooperated closely and extensively with Gibraltar to mitigate the impact of pollution from the OS 35, has also been briefed on the plan for the coming days.

Mr Houtteman, who deals with “five or six casualties” every year, said that while serious, this was a “normal wreck” and that the decision to beach the ship made the salvage operation much easier.

"This is a well-handled case," he said.

"Taking the decision to do that so fast was, from my salvage point of view, very clever, very well done."

"It was a brilliant decision."