Gibraltar is one of five countries that formed part of the Big Blue Ocean’s microplastic survey 2021, which studied plastic pollution on surface waters from the UK to Gibraltar.

The UK, Ireland, Spain and Portugal also formed part of the survey.

On a vessel called Big Blue Ocean Clean Up, the crew of three travelled over 1,482 nautical miles to get to the Rock where they stayed for two months.

“In 2021 we conducted a large scale microplastic survey with the support from GUL Watersports and The Helping Hand charity based in Gibraltar,” Rory Sinclair CEO of Big Blue Ocean Cleanup told the Chronicle.

“Microplastics were discovered during every trawl along our 1,482 nautical mile journey on the way to Gibraltar.”

“The amount of microplastics found both with our trawl and visual surveys was extremely high especially in the inner harbour and marinas of Gibraltar.”

“Our survey has confirmed that the threat of microplastics in our oceans is one of the biggest environmental challenges we face along with climate change.” 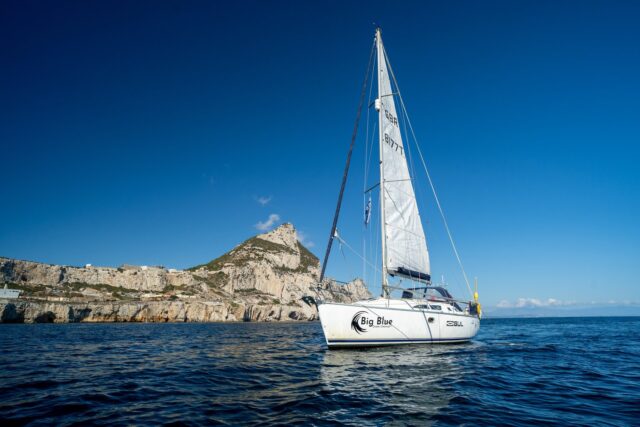 The samples the crew members took are now being analysed for their reports, which can take a considerable length of time to prepare.

The boat is currently still in Gibraltar and is expected to make her way back on a cargo ship next month.

Dr Eric Shaw and Tessa Feeney from The Helping Hand Trust worked on the survey with the crew.

"This is the first study of its kind to take place in Gibraltar and is very important because many of these plastics are invisible to the naked eye,” Dr Shaw said.

“We're pleased to be collaborating with Big Blue Ocean Cleanup, who are researching an issue often spoken about but labour-intensive to carry out.”

“The problem of waste has been an increasing problem for our environment over the past 50 years due to mega-corporations, which pushed the world into single-use and wasteful practices.”

“All the living creatures we share this planet with suffer because of the greed of a few, not just us.”

“Thankfully the Helping Hand Trust and Big Blue Ocean Cleanup are not alone in caring, and there is a global pushback taking place.”

Mr Sinclair is also calling on governments and individuals to make real changes in the way they recycle, and to cut down on the use of single use plastics including the possibility of introducing bans.

“Focusing more on a circular economy and re-useable products should be in the spotlight as this problem is only getting worse,” he said.

“It’s a very sad to walk along the pontoon in Gibraltar and see so much litter in the water.”

“The majority of the microplastics and litter that is washing up on the Rock is actually from other countries and the currents don’t help the situation in Gib.”

“International action is needed to combat the problem and with great cooperation there will be great change.” 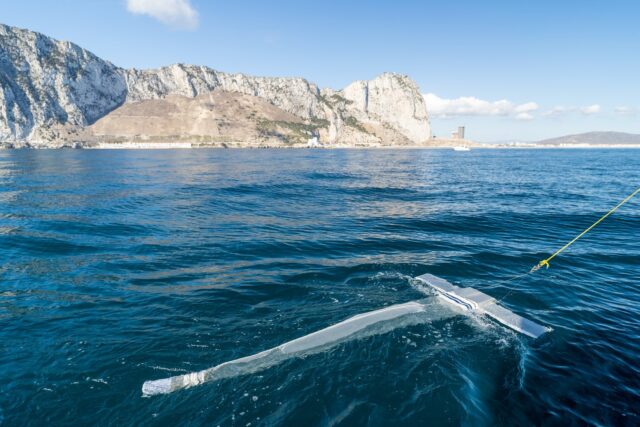 According to the organisation there are now 5.25 trillion macro and micro pieces of plastic in the world’s oceans and 46,000 pieces in every square mile of ocean. This weighs up to a total of 269,000 tonnes.

“On UK beaches there are 5,000 pieces of plastic and 150 plastic bottles for each mile,” they state.

Their scientists have discovered microplastics during every trawl of 2021 and they state that plastic production has been forecast to grow by 60% by 2030 and to treble by 2050.

The survey included the scientists taking samples from 10 “manta trawls”, which is a net designed for sampling microplastics, during 2021.

“Bulk samples were taken to evaluate whether consistent results in comparison to the net-based approach can be obtained. Microplastic contamination in the in this area (0.07 ± 0.02 particles/m3) is very high,” state the website summary of the survey.