Set sail inland on a narrowboat break along the Caldon Canal

By Chris Wiltshire
You turn if you want to, the lady’s not for turning.

Carole has been behaving impeccably for two days, navigating the tight turns and narrow bridges of the ancient Caldon Canal with commendable dexterity.

Her good looks and classic lines are drawing admiring glances from fellow cruisers and amblers out enjoying the Staffordshire countryside.

But 17 miles into our journey and confronted with the Froghall Tunnel, which is too small to squeeze through, she is forced to make an about-turn and shudders to a halt.

Carole then lets out an almost audible groan and slides to the bankside with the stubbornness of the former Iron Lady in her pomp.

You see Carole, our Black Prince narrowboat for a few days – and not my wife of the same name – is simply not built for turning. At 64ft and weighing more than 20 tons, she’s like a mini oil tanker. 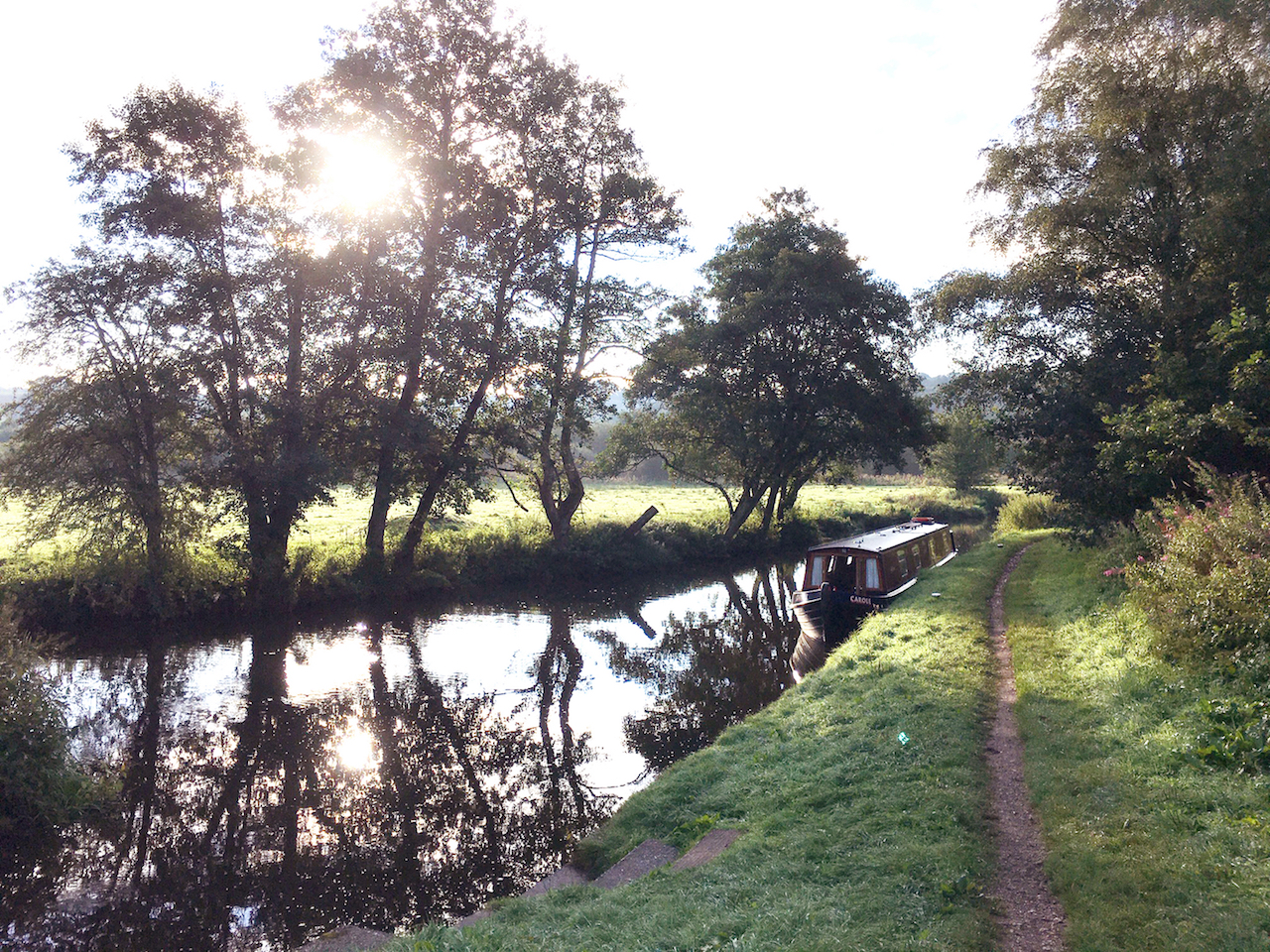 At least that’s my excuse as I try to coax her to perform one more manoeuvre for the day before we can bed down for the night in the heart of the Churnet Valley.

Fortunately, Neil, a friendly, seen-it-all-before guy, emerges from Curly Sioux – the only other narrowboat for miles – to talk me through the tricks of the turn. “Press the bow hard into the bank, keep up the revs and let the boat slowly turn. There’s no rush, remember you’re on holiday,” he exclaims with a knowing smile.

Minutes later, Carole (the narrowboat) is facing back towards our base at Etruria in central Stoke-on-Trent and I’m tucking into a welcome brew.

I then take a moment to savour the timeless beauty of the valley, where ancient oaks, hawthorn and towering sweet chestnuts straddle the canal that once carried limestone for the iron works and flints for the pottery industry.

A solitary turquoise kingfisher darts from branch to branch and shimmering dragonflies flit over the water. 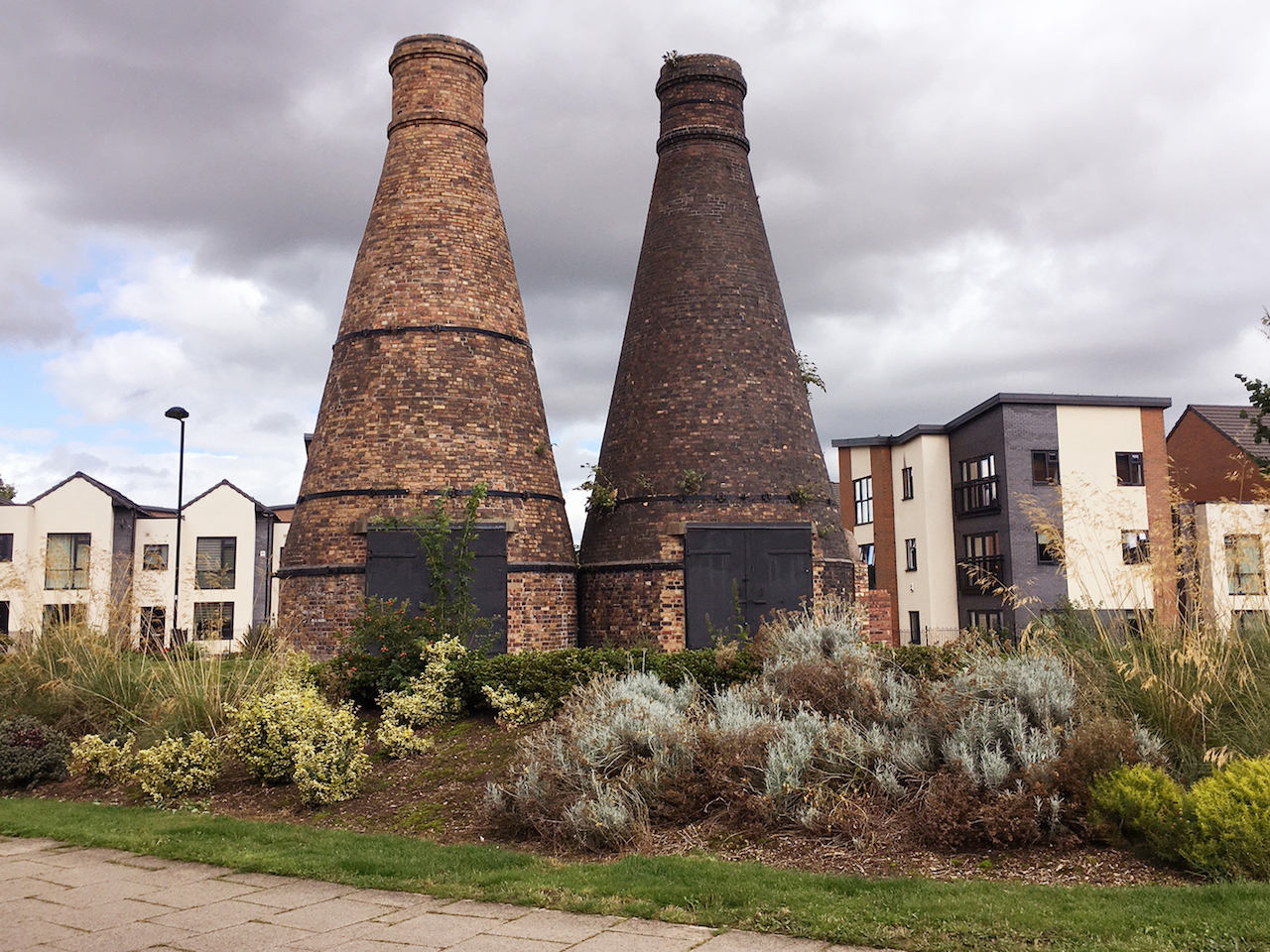 To my right, I can make out tracks for the Churnet Valley steam trains now emerging from the Covid-19 lockdown and giving holidaymakers a taste of what it was like to travel in the 1950s and 60s in their heritage carriages.

And off to the left, remnants of massive, 500ft-wide lime kilns, slowly being devoured by brambles and ivy, give a hint of the major quarrying industry that took place in the area towards the end of the 18th century.

I learn that limestone was loaded on to canal boats or burnt in the kilns and then transported to the potteries or further afield, saving horses from performing the arduous task.

It’s not hard to see why the Caldon Canal, a tributary of the Trent and Mersey Canal, is regarded as one of the most interesting of the 2,000 miles or so of waterways that criss-cross the country.

Any narrowboat holiday is an adventure but few offer 17 locks – including a daunting staircase lock – mechanical and manual lift road crossings, an aqueduct/viaduct and countless beautiful small road bridges, many with inscriptions dated in the mid-1800s, over such a short distance. 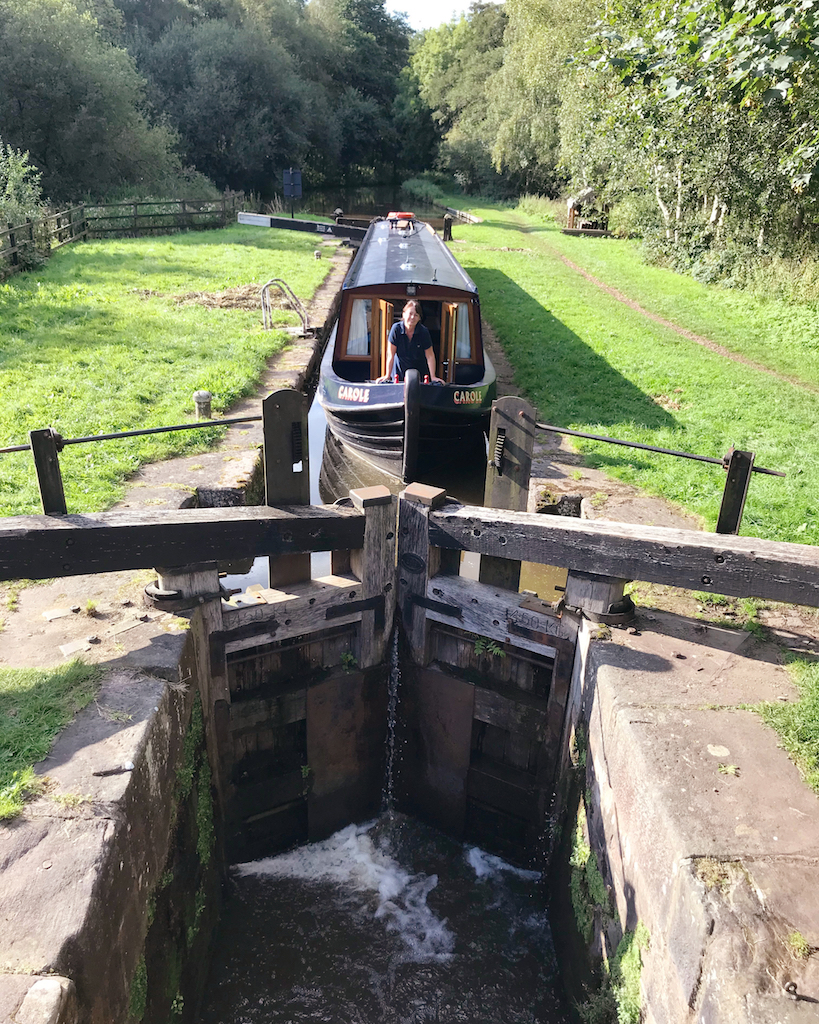 To add to our own excitement, we help the fire brigade rescue a large Friesian cow that is stuck in mud just two miles into our trip, recover an old barge that is somehow separated from its moorings and retrieve my flat cap from the water after I send it flying when trying to put up an umbrella – a scene the watching mallards clearly think is hilarious.

There is certainly plenty to chuckle over at one of several hostelries along the way, our favourite being the Black Lion at Cheddleton, which rewards guests who manage the steep climb from the canal with tasty pub grub and a good selection of real ales.

Despite the dramas, I can feel work stress quickly evaporating, no doubt helped by the fresh air and the fact that canal boats have a top speed of just 4mph – no more than walking speed.

It’s also a relief not to have to wear a Covid-protecting mask for almost the entire trip.

Friendly families we meet at locks along the way keep their distance and share their experiences. One couple of similar age to us say they’ve taken early retirement, bought a narrowboat from a friend and now spend their days traversing the country. “Narrowboat holidays are a bit like Marmite – you either love them or you hate them,” says the sun-kissed wife. “Come rain or shine, we absolutely love them.”

I’m not sure theirs is quite the life for me, but our two-year-old six-berth boat has all the creature comforts I could wish for and I’m thoroughly enjoying being immersed in the countryside.

The contrast between the gritty Stoke section of the canal and the Churnet Valley – often called Little Switzerland because of its unspoilt landscape – is crystal clear.

Dotted along the route are preserved relics of the famed ceramics industry that was a powerhouse of the industrial revolution, such as a pair of listed conical kilns close to the Black Prince boating base that proudly stand out against the surrounding new-builds.

And the iconic Cheddleton Flint Mill, which used to ground flint for the pottery industry and has now been fully renovated thanks to the work of the Cheddleton Heritage Trust.

During its heyday in the 1920s, more than 100,000 people fired millions of products a year before the industry slumped spectacularly in the global recession of the 1990s, faced with severe competition from the Far East.

Although now only a fifth of that figure work in the factories, there remains a worldwide demand for its renowned dinnerware, as well as construction products.

Before jumping on board at Etruria, we visit the Emma Bridgewater and Portmeirion pottery outlets to pick up some pretty but reasonably priced mugs and tableware, and stop off at the huge Trentham Home and Garden Centre for a browse and a bite to eat.

And we finish the week with a trip to the vast World of Wedgwood site at Barlaston in Stoke. It’s eerily quiet, with the factory shut down for its annual holidays and the coach park devoid of tourists because of Covid. However, we spend an enjoyable hour in the museum and marvel at the beautiful craftsmanship in the V&A Collection and Wedgwood store.

We also have a stab at designing our own pieces of pottery in the decorating studio under the watchful eye of a friendly assistant, who tells us how the company have learned to adapt and are making specialist pieces, including a dinner set for a Dubai sheikh’s private yacht.

It’s the first painting I have done since school, and now, with the onset of an unexplained tremor in a hand, there’s absolutely no chance of my piece joining the guests’ all-star gallery.

Driving out of the site, we cross a bridge and watch a family pottering along the canal, their brightly-painted narrowboat sparkling in the mid-day sun. It makes us all nostalgic and we vow to return for another blast one day, even if our Carole is not along for the ride.
(PA)