Summer Gala in the Ballroom

The Gibraltar Philharmonic Society concluded a season of mostly broadcast music by packing the Convent Ballroom for what was called the Summer Gala Concert. This turned out to be a cheering programme from the strings of the European Sinfonietta, directed by violinist Massimo Spadano, and featuring the Philharmonic’s favourite guitarist, Jose Maria Gallardo del Rey.

Dvořák’s Op. 22 Serenade for Strings opened with almost a score of musicians crammed into a small space, some with masks, some without, projecting a warm, direct lyricism. The waltz started energetically, danced through a flirtatious melancholy, sailed through the brisk, long lines of the following scherzo and tenderly rode the waves of the larghetto. The finale was celebratory, upbeat without ever standing still. 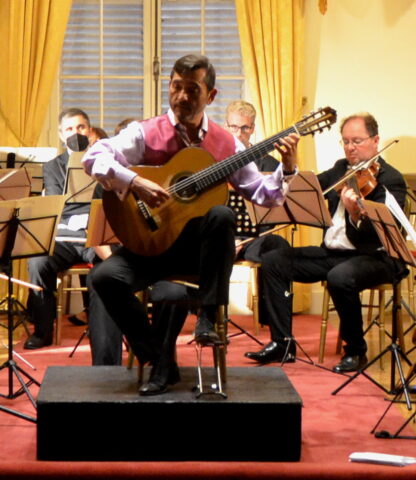 It was followed by Vivaldi’s RV 82, originally a Trio Sonata in C major, here performed as a guitar concerto in A. The allegretto non molto, memorably featured in the score for Grand Budapest Hotel, was florid though never meandering. The larghetto was achingly languid, while the expansive allegro allowed Gallardo more stately solos, accomplished with his customary flair.

Pachelbel’s Canon in D can be difficult to get right, because we know it so well from studio recordings, and it requires perfect synchronisation to bring out the right harmonies. Spadano’s interpretation was cautious and restrained, but an impressive display of how beautifully he could coordinate his players through a challenging rehearsal period to a new venue. Vivaldi’s RV 93 was less unashamedly Baroque, Gallardo’s guitar again replacing the original lute. There was no Spanish accent in the brash opening allegro, while the largo projected a dreamy tenderness we don’t often hear in Vivaldi. The closing allegro offered yet another flavour, but couldn’t overcome the abruptness of the finale. 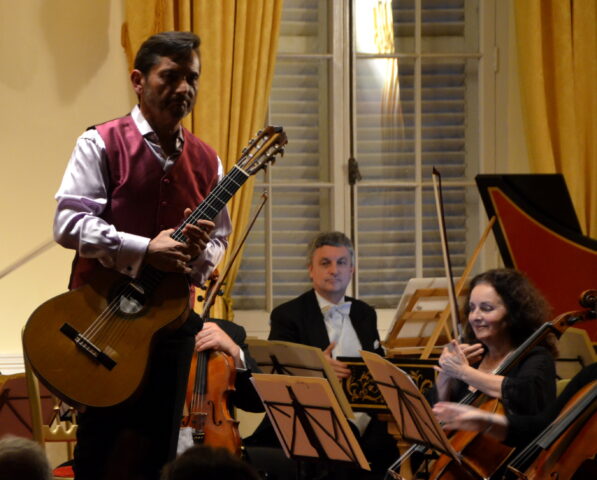 At the end of the concert programme, Gallardo spoke to the audience with evident delight, introducing distinctly Latin encores, including a bracing Libertango. We can only hope that the Philharmonic’s forthcoming season, whose plans were announced in the Gala, brings us the promised Ode to Joy.