Team Gibraltar that forms part of the Small European Nations team, was this morning sitting second in the Vitality Running World Cup leaderboard. Although the deadline for the first round was yesterday March 11th runners still had time to submit their logged times manually. Following some problems with logging of times Organisers had arranged for manual submissions with a separate deadline implemented to give participants time.
This means that the final leaderboard standings will as yet not be known. However, with the Small European Nations team sitting second, in front of England Team Gibraltar looks to be heading into the next round. This will be a knockout round competing on-on-one with another participating nation. 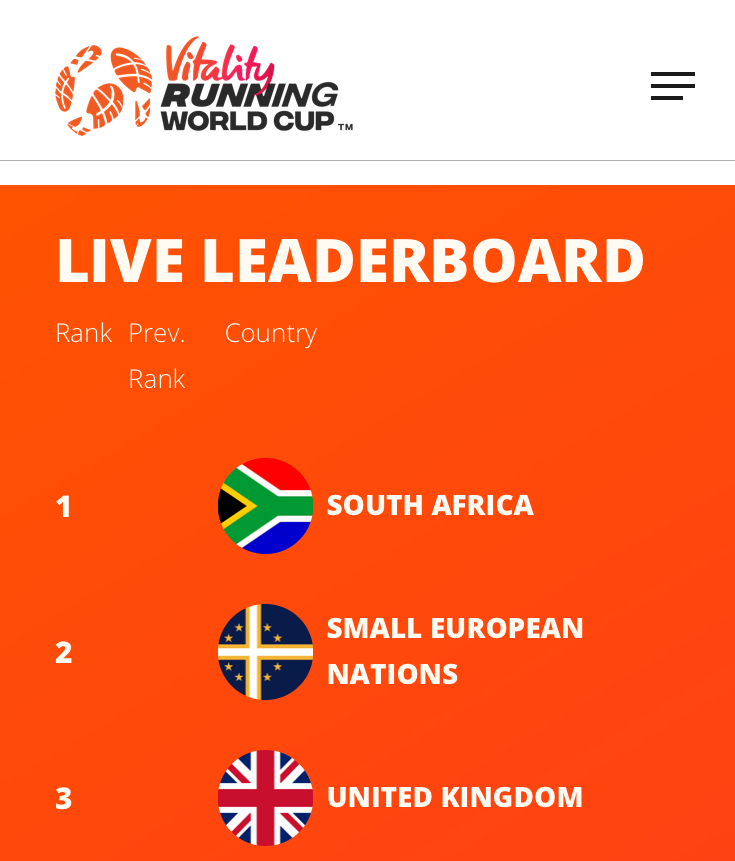