Gibraltar women’s national squad this evening play their second match against Liechtenstein at the Victoria Stadium hoping to cap a double header with a second historic victory.
A goal from Charlyann Pizzarello on Friday crowned an impressive display with a historic win in front of their home crowd bringing praise and support from across the sports and general community.
The team enters their second match knowing that their opponents, against whom they faced defeat in their previous encounters in Liechtenstein, will tighten their ranks and provide even stiffer opposition this evening.
However, after an impressive offensive display confidence is high that the team can try and repeat their feat once again boosted by their first win in a full international, although officials were cautious warning against being too overconfident and warning on the dangers their opponents will present.
The match is a further boost to Gibraltar women’s football which has seen recognition for their success from across the community. Both the Chief Minister Fabian Picardo, Minister for Sport Steven Linares and Opposition spokesman for sport Edwin Reyes among prominent figures who have shown their support publicly. The latter having attended the first match in full with the Chief Minister also present for the first half.
Support from across sports, especially Gibraltar netball through which some of the players have also developed through has also been seen as Gibraltar women’s football continues to seek recognition as an equal within the sport.
The team, guided by Janssen Olivero will this afternoon continue their journey which has seen them come from playing 9-a-side domestic football on pitch two to the international stage some seven years later.
“It’s an honour to represent our country and play alongside my teammates,” said Zoe Ballantine in an interview posted via the Gibraltar FA official social media which has during the past season upped its exposure of the women’s game as part of the overhaul of women’s football providing a greater platform for players than in previous years.
“Obviously we have our advantage to play in front of our home crowd. It obviously gives us a boost of adrenaline to be able to play with our family and friends watching,” said Zoe Ballantine who herself has experienced success in sport in front of a full sports hall with Netball Under 17’s success in the past on home soil.
The match which is free for spectators has open doors as the Gibraltar FA encourage greater support for its women’s national team as they head into what could be another historic match. 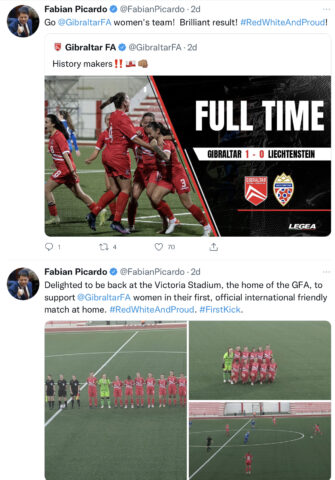 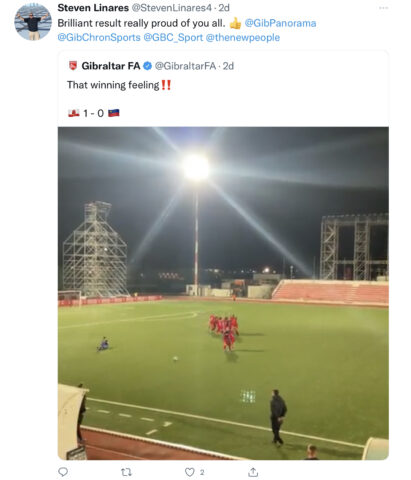 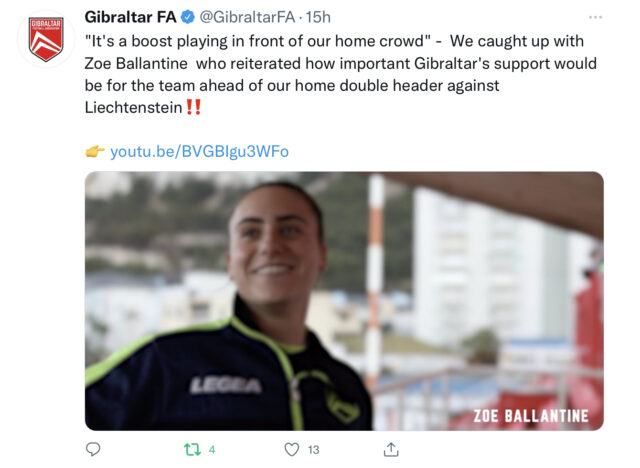