Three science experiments for kids to try in the Christmas holidays

To mark 2020’s Christmas Lectures for young people, The Royal Institution outlines some fun experiments linked to the natural world.

It’s important to get kids interested in science – particularly the science behind climate change, which could have a profound impact on their lives. And that’s where The Royal Institution (RI) Christmas Lectures come in.

Every year, eminent scientists use easy-to-understand demonstration-based methods to explain science to children and young people in the Christmas Lectures, and this year three expert scientists will present a unique ‘user’s guide’ to Planet Earth.

Physicist and oceanographer Dr Helen Czerski, geologist Professor Chris Jackson, and environmental scientist Dr Tara Shine will unravel the global systems and natural wonders that combine to keep life on Earth alive, before exploring how human activity is disrupting these finely-tuned systems and then explaining how everyone can help repair the damage and live more sustainably.

To show children what the lectures, which will be broadcast on BBC Four between Christmas and the New Year, are all about, and give them some fun activities for the Christmas holidays, the RI has outlined some easy science experiments linked to the natural world that children can try at home.

“We want young people to come away from the lectures with a sense of hope and feel empowered that they can make a difference,” says Dominique Sleet of the RI.

“With Christmas likely to be an at-home affair, we wanted to create some experiments that families can do together at home, to give an enjoyable and practical way of joining in with the lectures and deepening the understanding of some of the topics.

“You’ll find most of the items needed for them lying around at home, so they’re a great way to keep yourself entertained over the Christmas holiday.”

The try-at-home experiments are:
1. Make your own volcano
You’ll need: A small pot, tray, plasticine/clay/papier-mâché (to make your volcano), vinegar, bicarbonate of soda and food colouring (red or orange works best).

How to do it: On the tray (this can get messy!), make a volcano shape around your pot using the plasticine/clay/papier-mâché, leaving a hole above your container so the volcano can erupt. Put a few drops of food colouring and the bicarbonate of soda into the pot in the middle of your volcano, then simply add a good squirt of vinegar and watch it erupt. 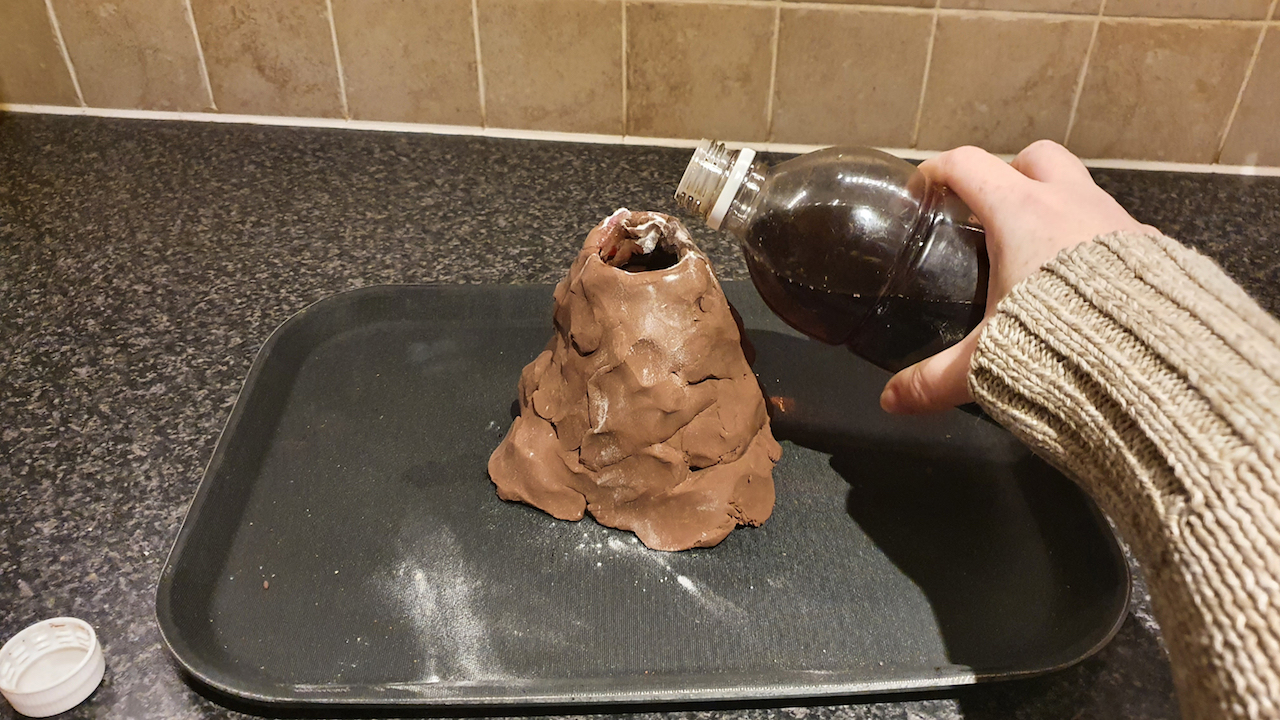 What’s going on? The acidic vinegar reacts with the alkali bicarbonate of soda, producing carbon dioxide. This creates lots of little bubbles which make the foamy mixture expand and erupt out of the volcano. Try experimenting with different amounts of vinegar and bicarbonate of soda and see how the reaction changes. 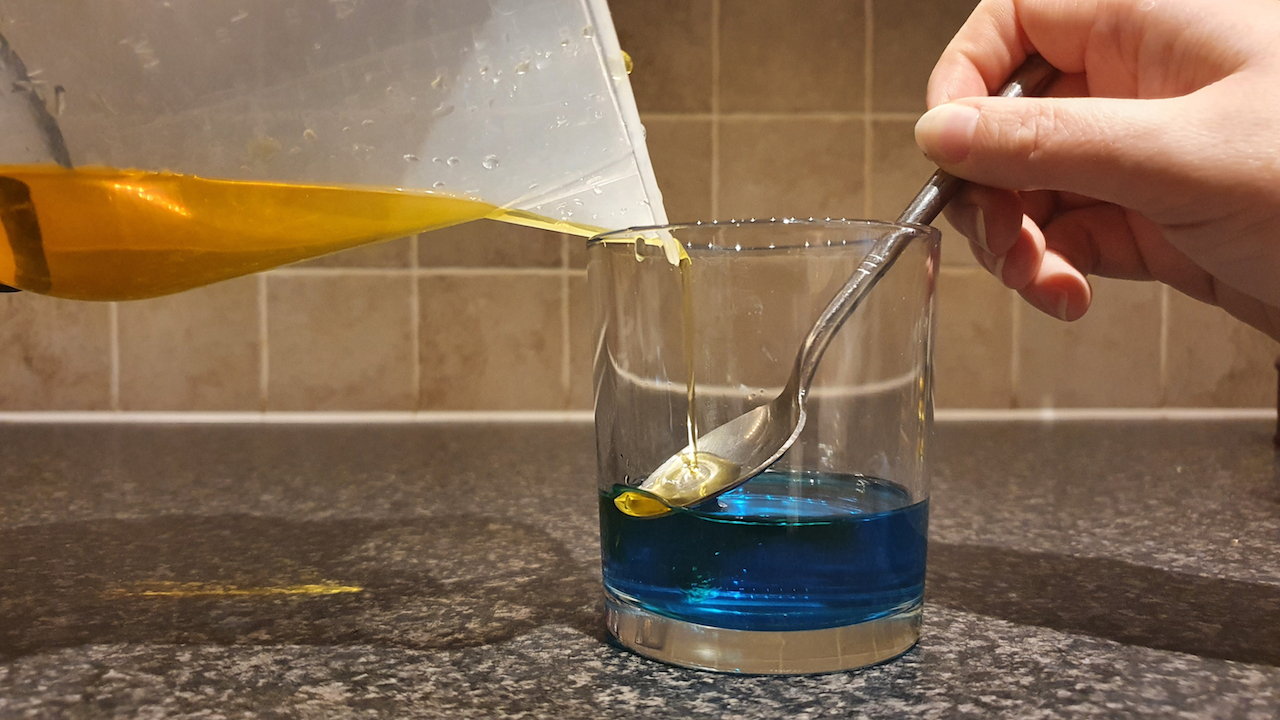 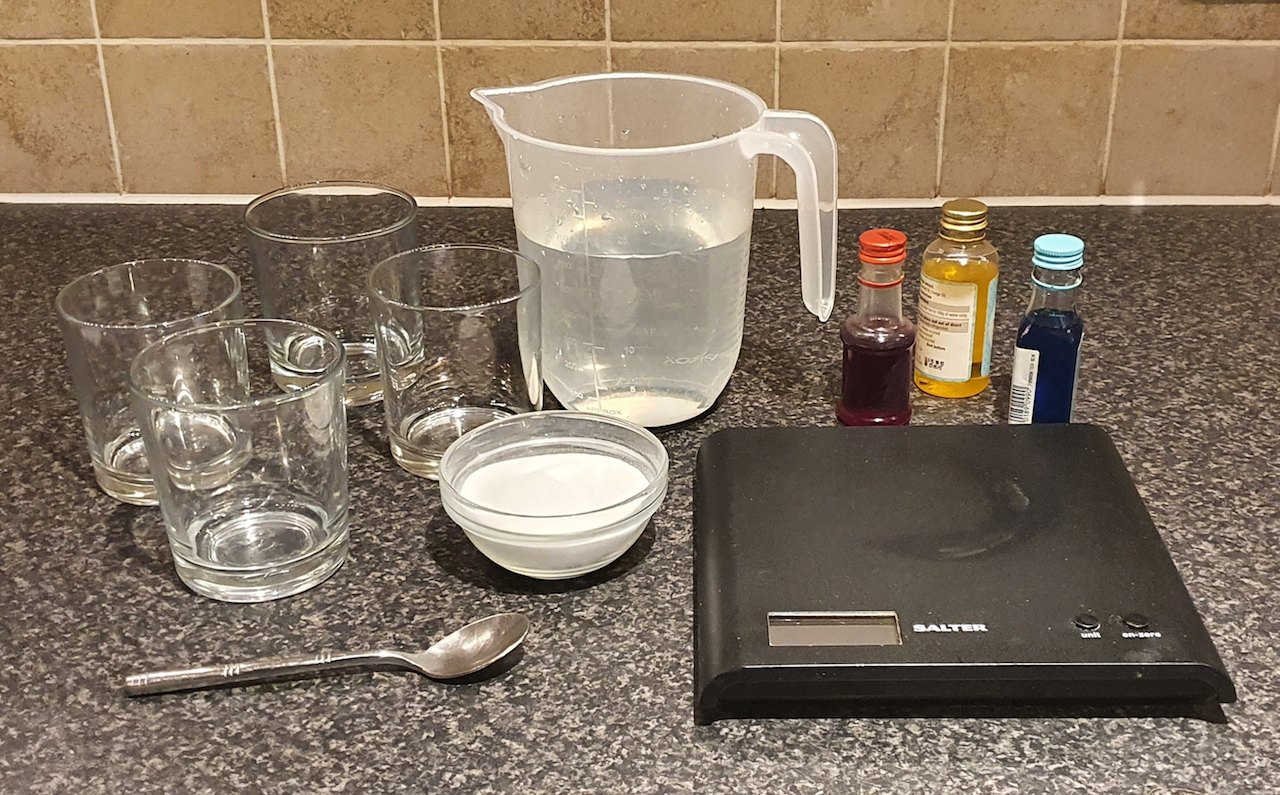 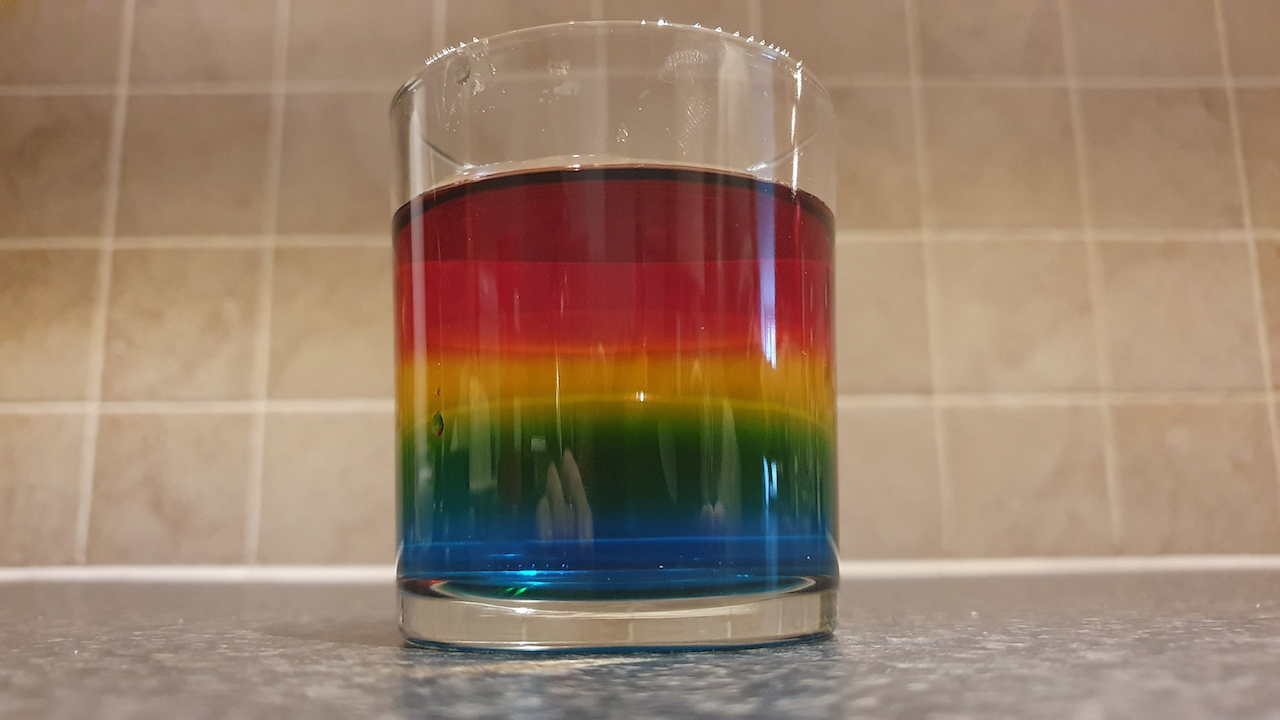 Rinse out the jug and repeat what you did with the yellow water with the red water. “Then stand back and admire your rainbow!” says Sleet.

What’s going on? “By adding salt to the water, we’re changing the density to make the water heavier,” explains Sleet. “So when we layer the different coloured liquids, the liquids we added lots of salt to will be very dense and sink to the bottom, while the liquids with less salt float on top. There’s a bit of mixing between the layers, which helps to give us this great rainbow effect.”

How to do it: Pour a thick layer of bicarbonate of soda all over the bottom of the bowl, and then pour plenty of vinegar over the bicarbonate, but resist mixing it, and try not to move the bowl as the gas will easily escape.

Watch the mixture fizz for a few seconds, then gently blow bubbles over the bowl so they fall into it. “You should see the bubbles float above the surface of your mixture,” says Sleet, “although this might take a bit of practice!”