Gibraltar Rugby named its three squads to take on the Royal Marines in a triple-header this weekend as the rugby season gets underway.
A Veterans Invitational squad, a veterans Select and a Gibraltar Rugby Select will be taking on their respective Royal Marines opponents in what is now a tradional season opener.
A total of close to eighty players have been called upon for the weekend across the three squads highlighting the continued depth and experience which exists within Gibraltar Rugby ranks as it continues to look towards growing its numbers season after season. 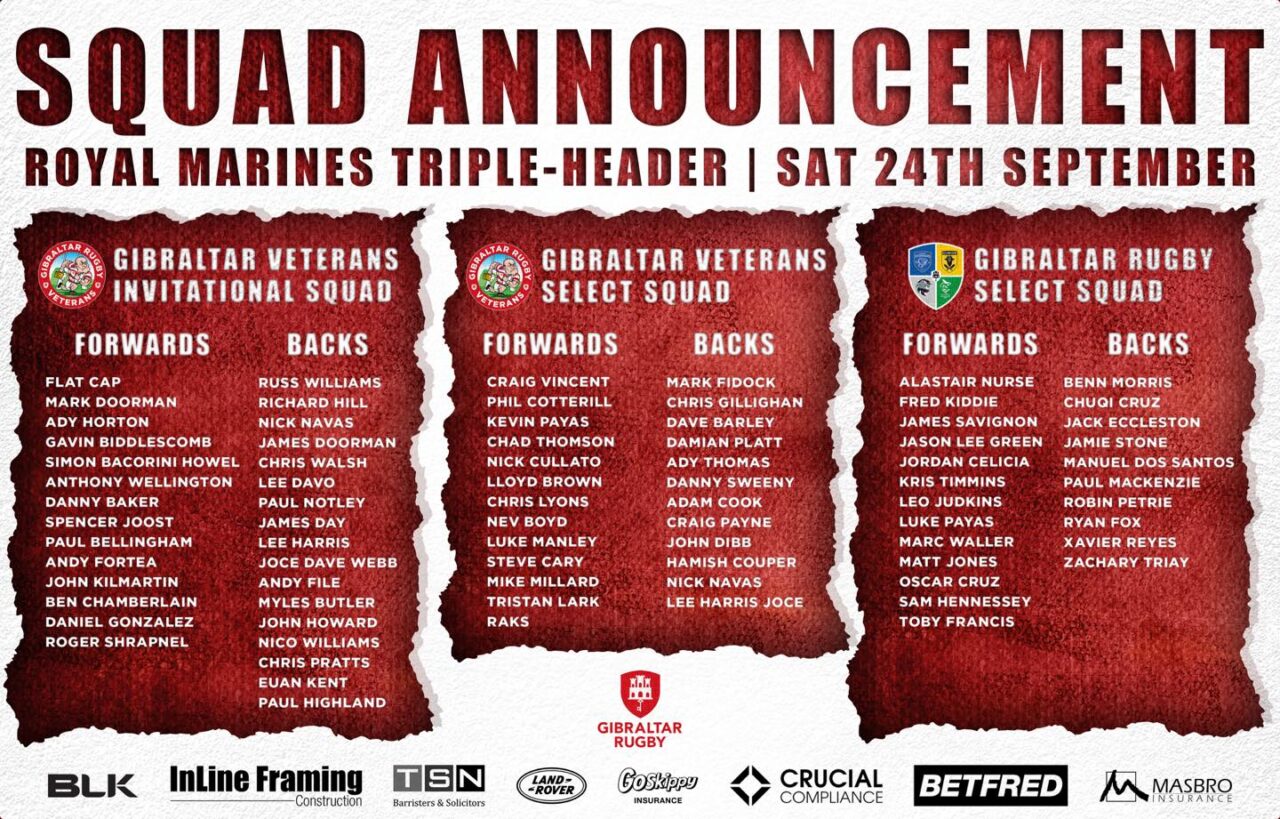