Ahead of Stroke Awareness Day this Thursday, stroke survivor John Shephard walked to the top of the Rock last Sunday to highlight the fact lives can be rebuilt after a stroke.

He was joined by family and friends but also, most poignantly, by Wayne Warwick, the father of Wesley Warwick, who is presently undergoing treatment for a stroke he suffered two months ago. 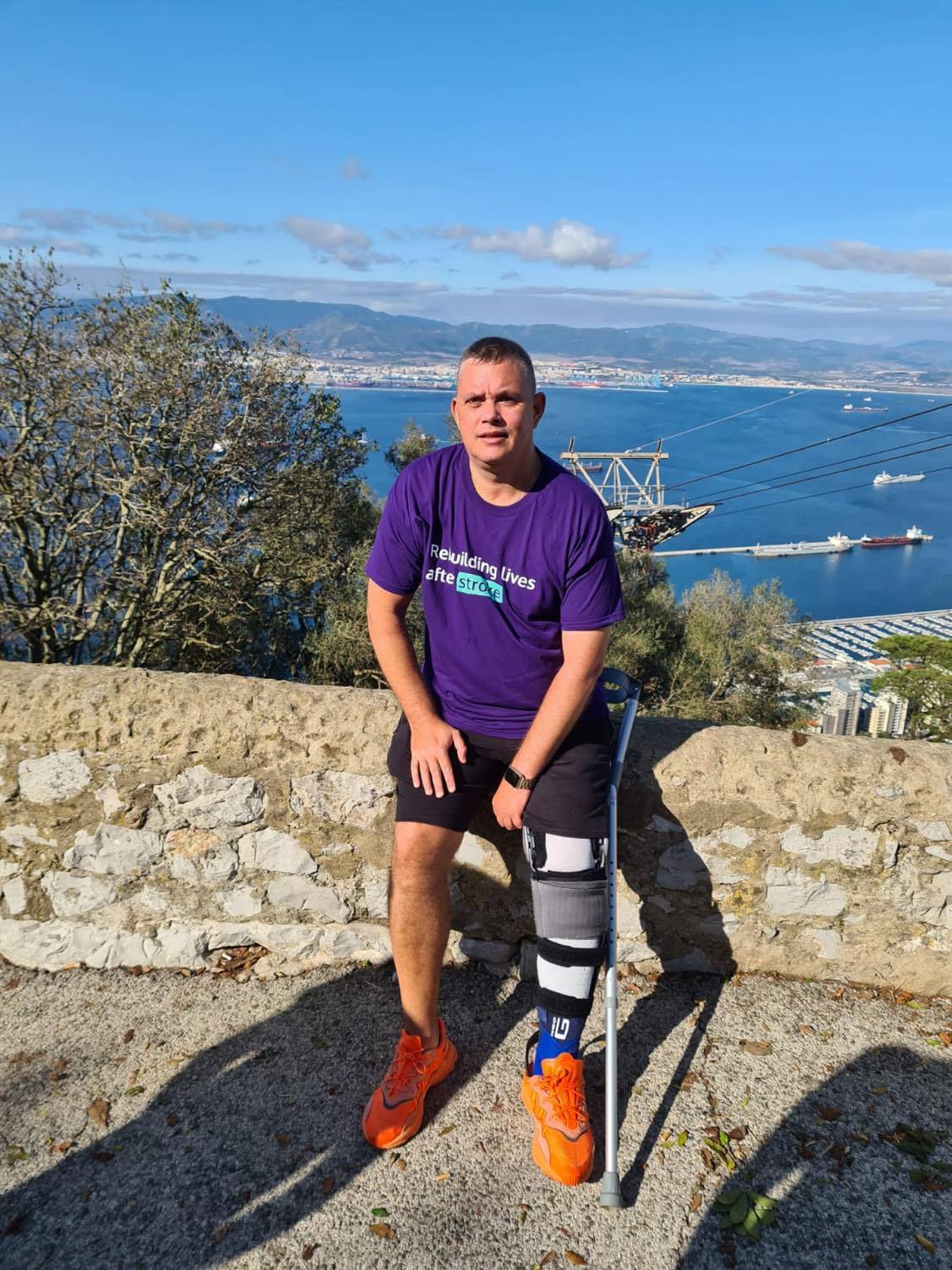 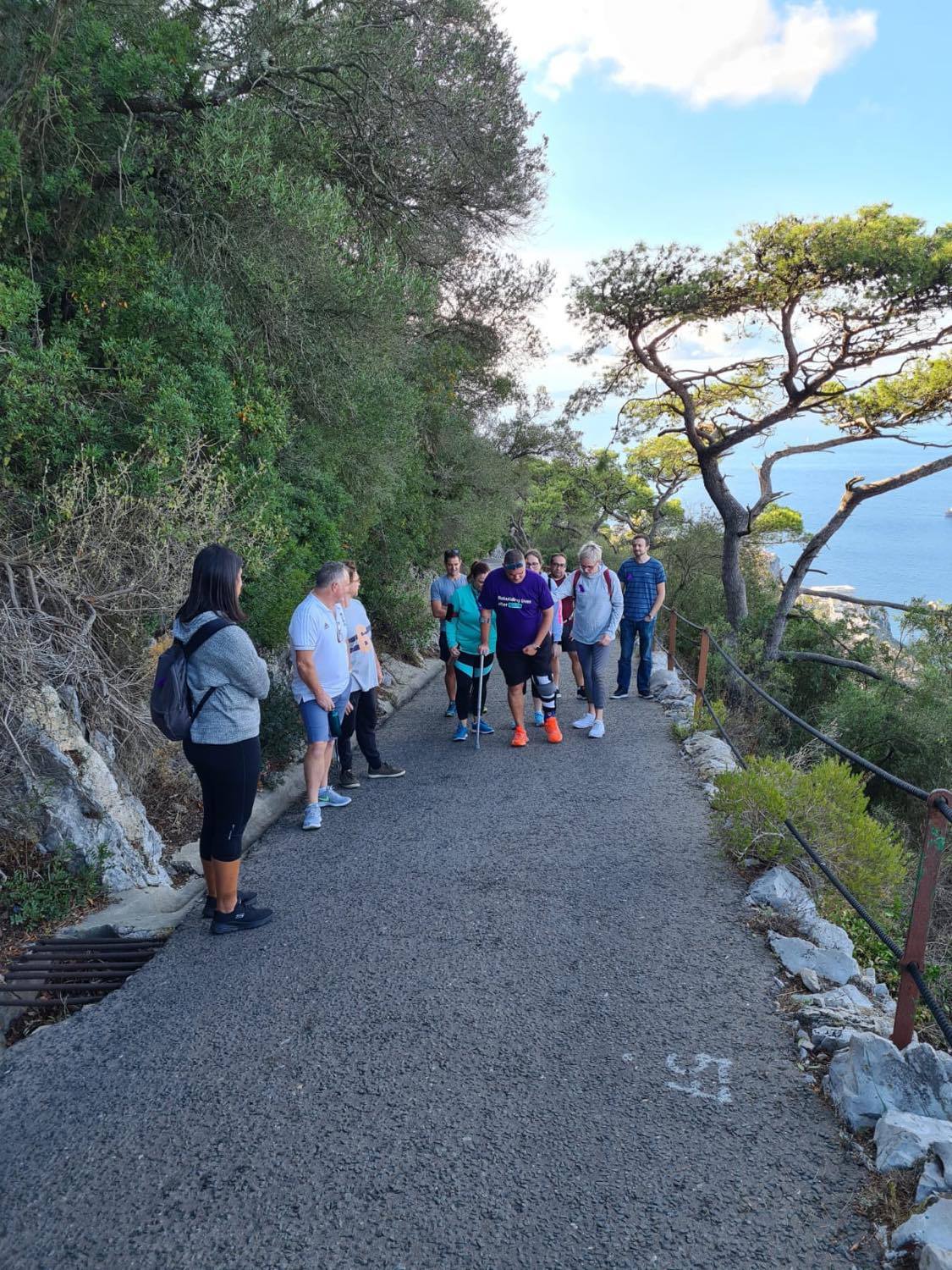 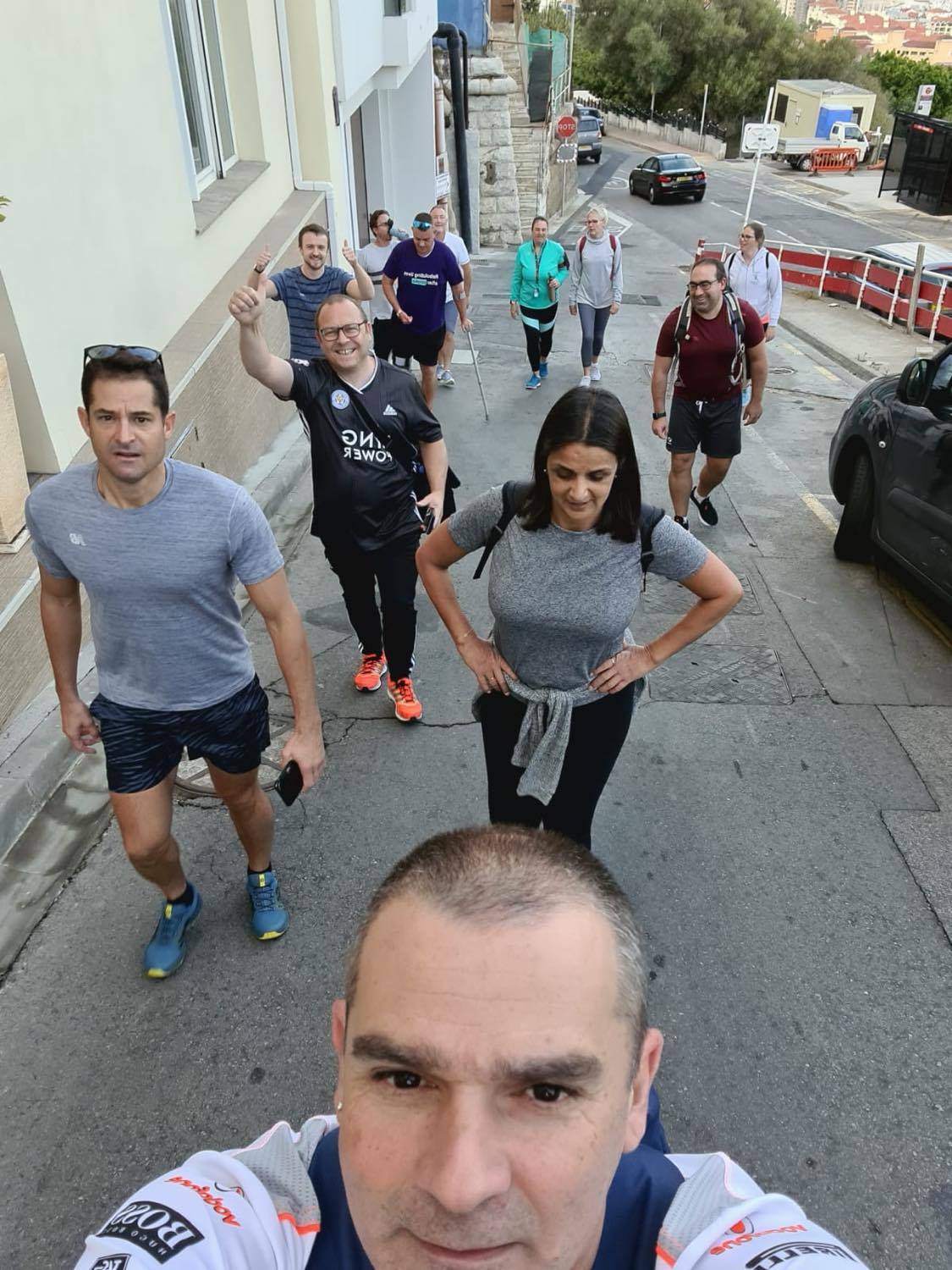 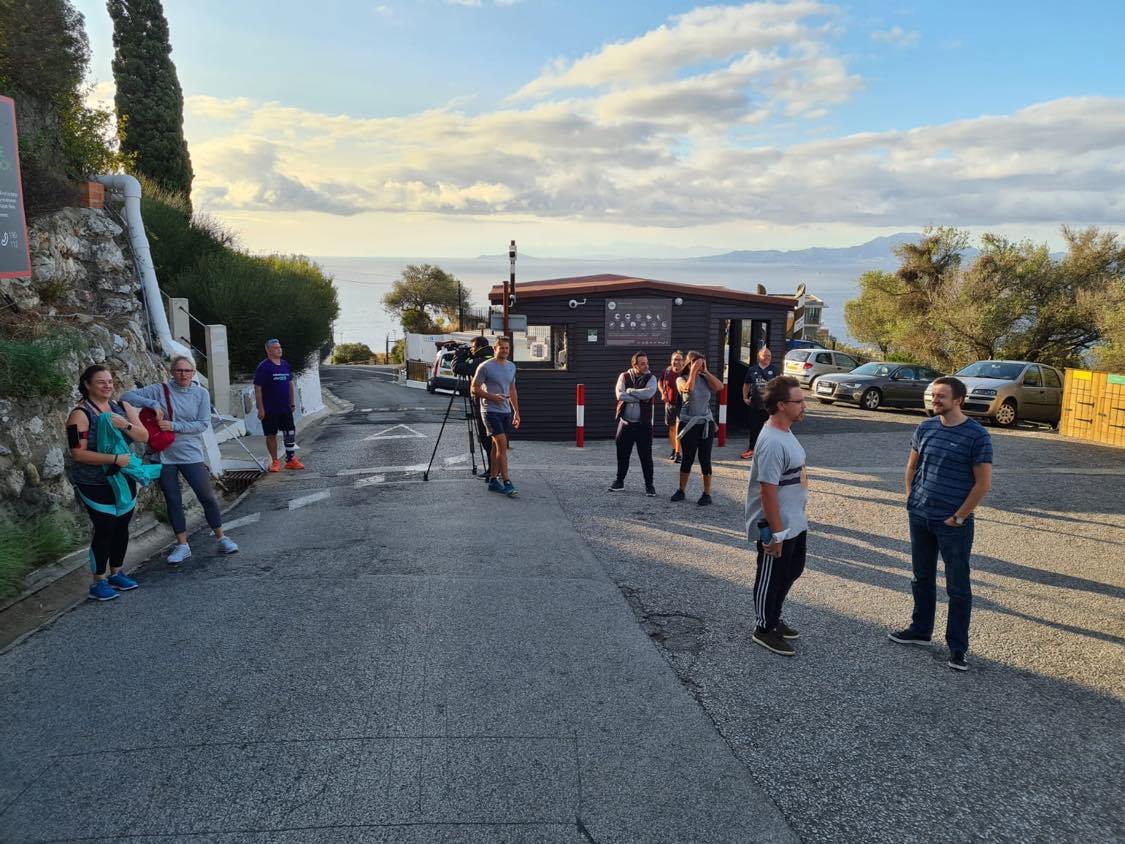 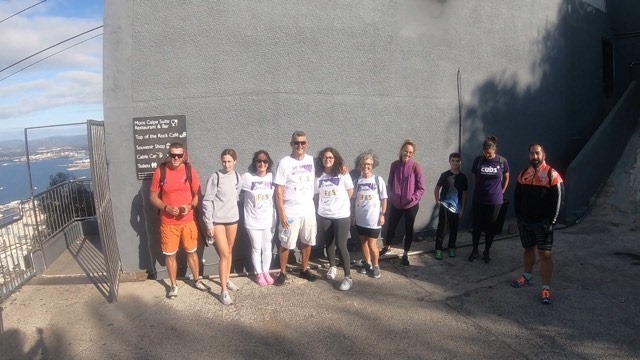 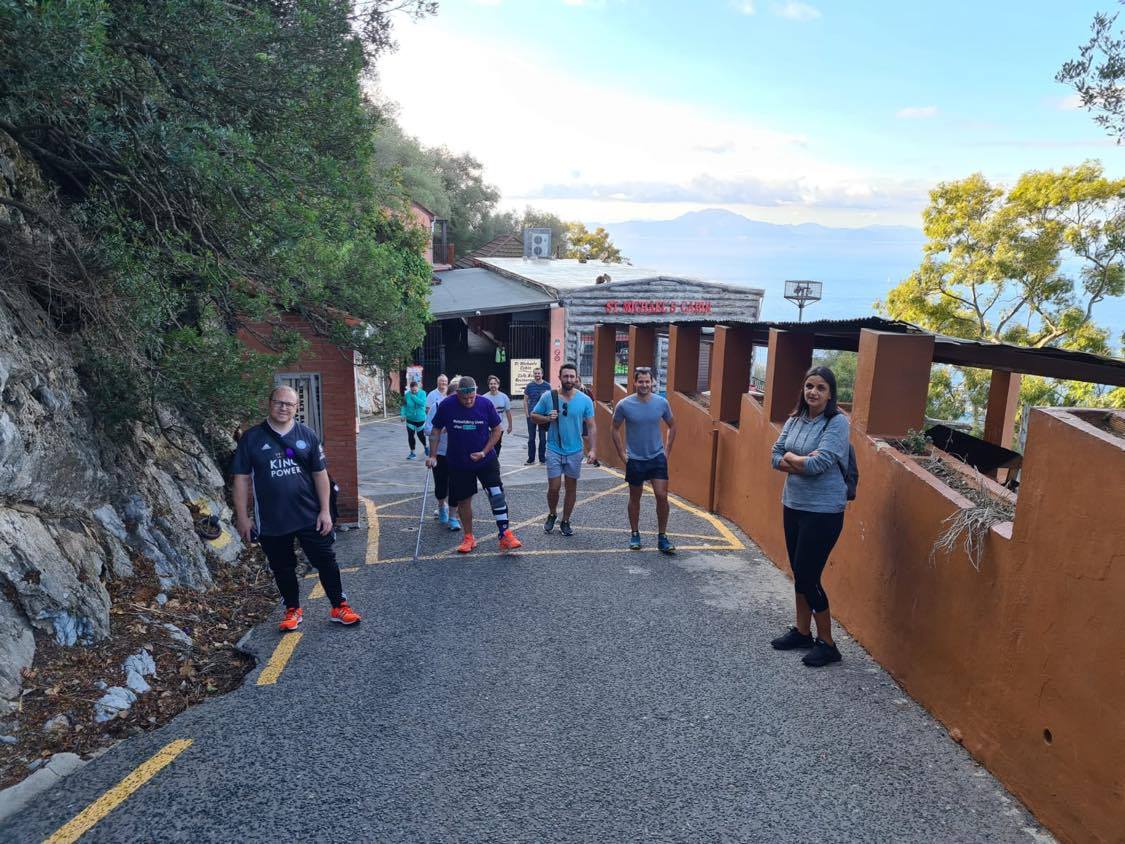 Mr Shephard made it to the top in just over two hours, an achievement that was praised by all.

Mr Warwick, who has credited Mr Shephard with so much support and help since his son’s stroke, said: “It was amazing to see John get up to the top and very encouraging for us.”

Also supporting both men in their message as they set off from Ragged Staff Gate were members of Gibraltar’s rugby fraternity.

Both Wayne and Wesley had played rugby for the Buccaneers. 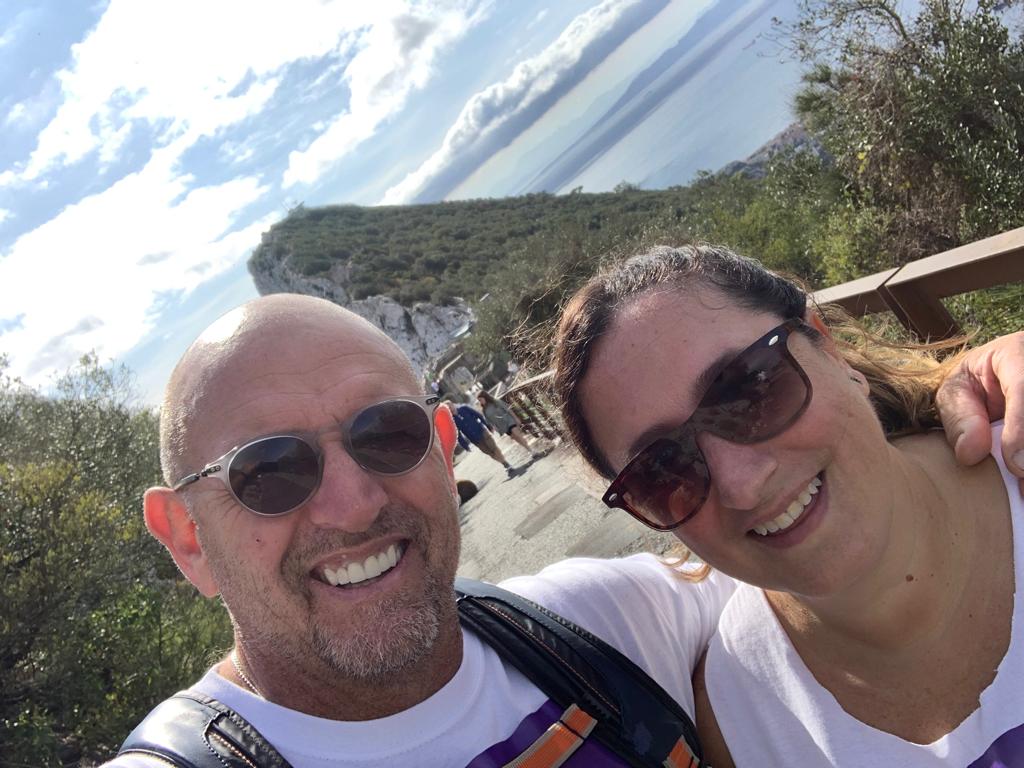 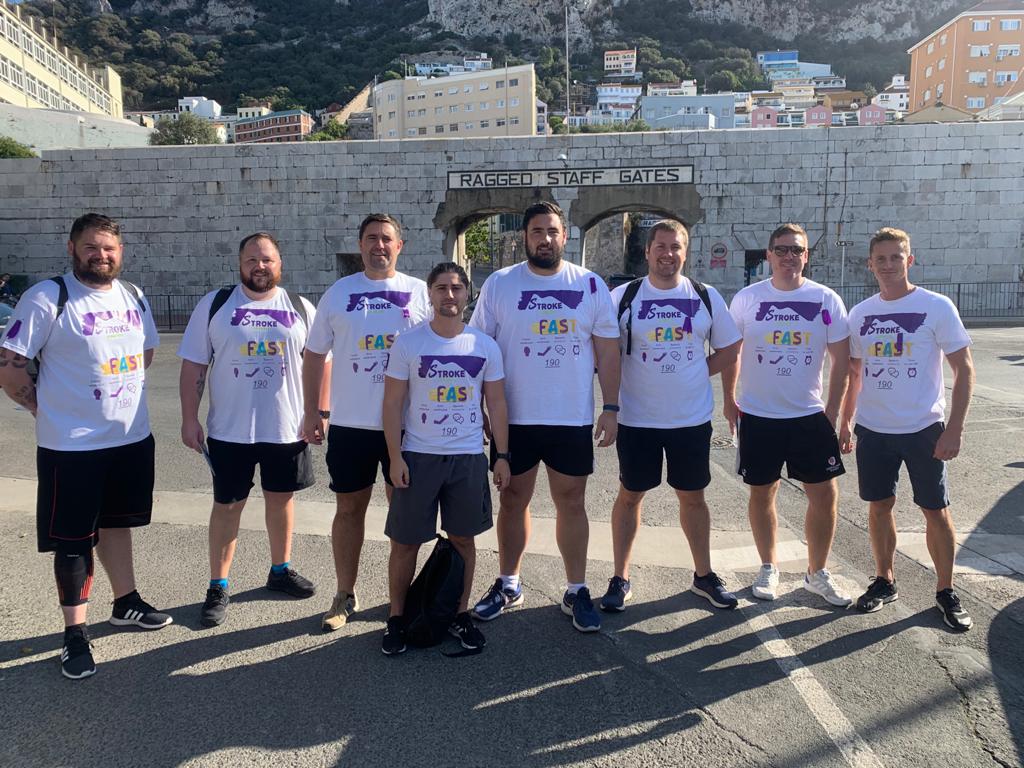 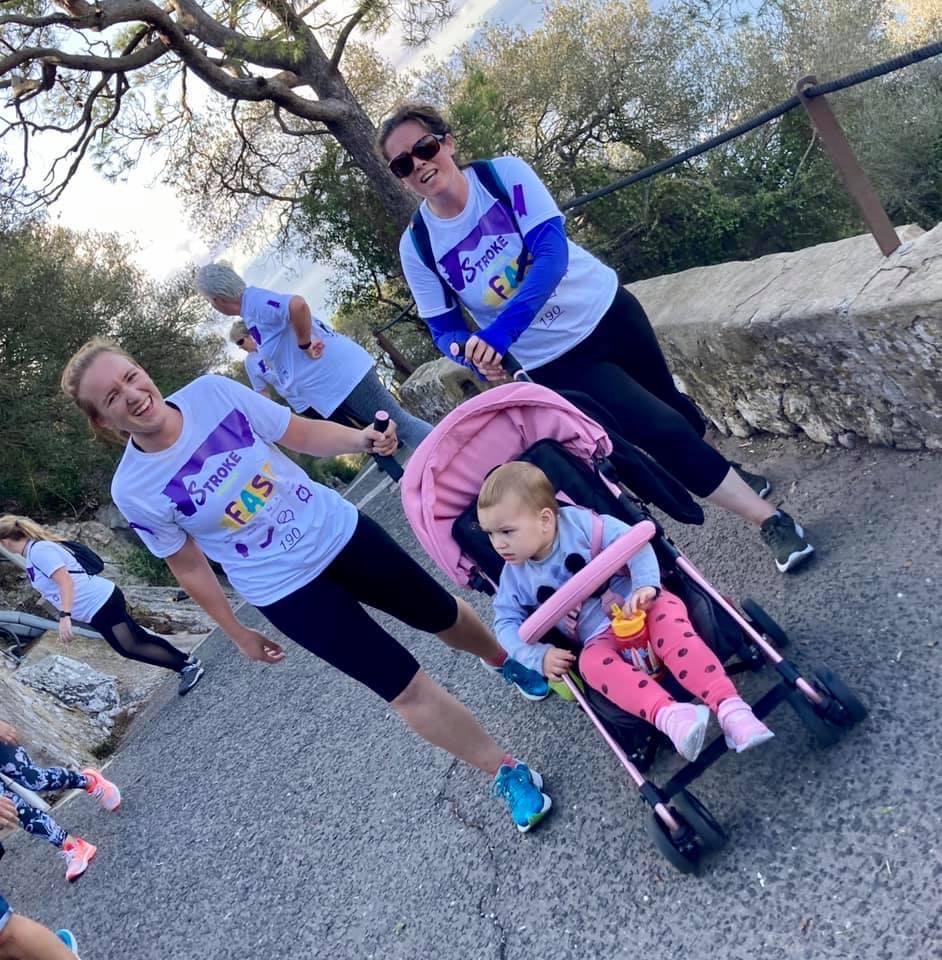 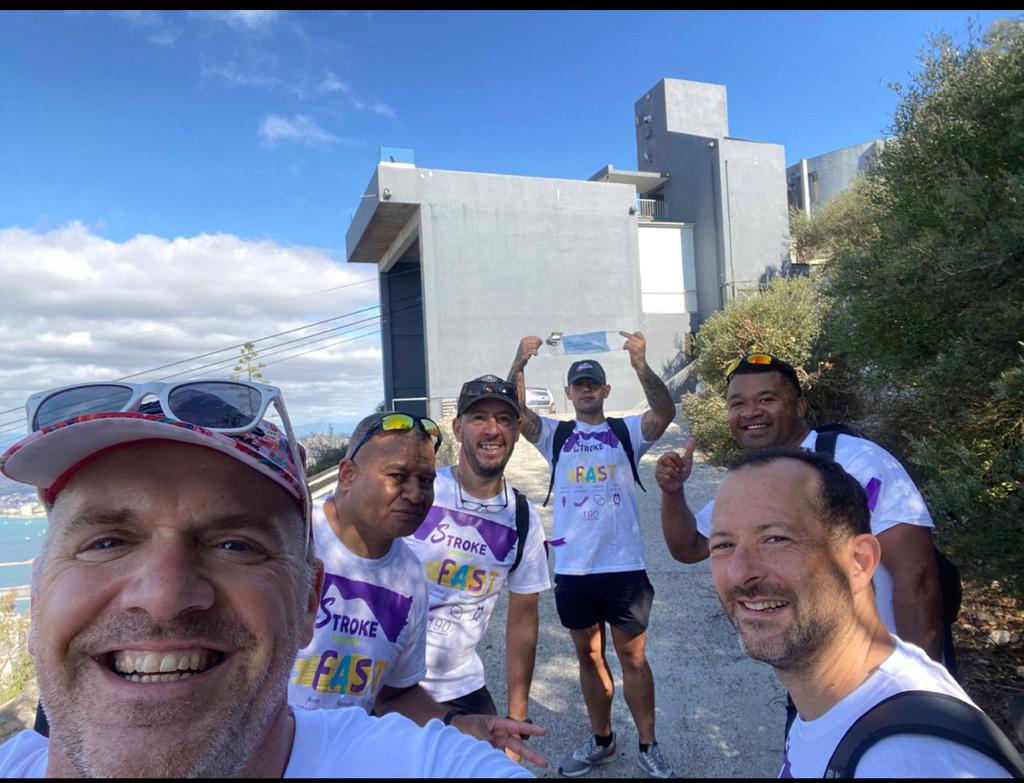 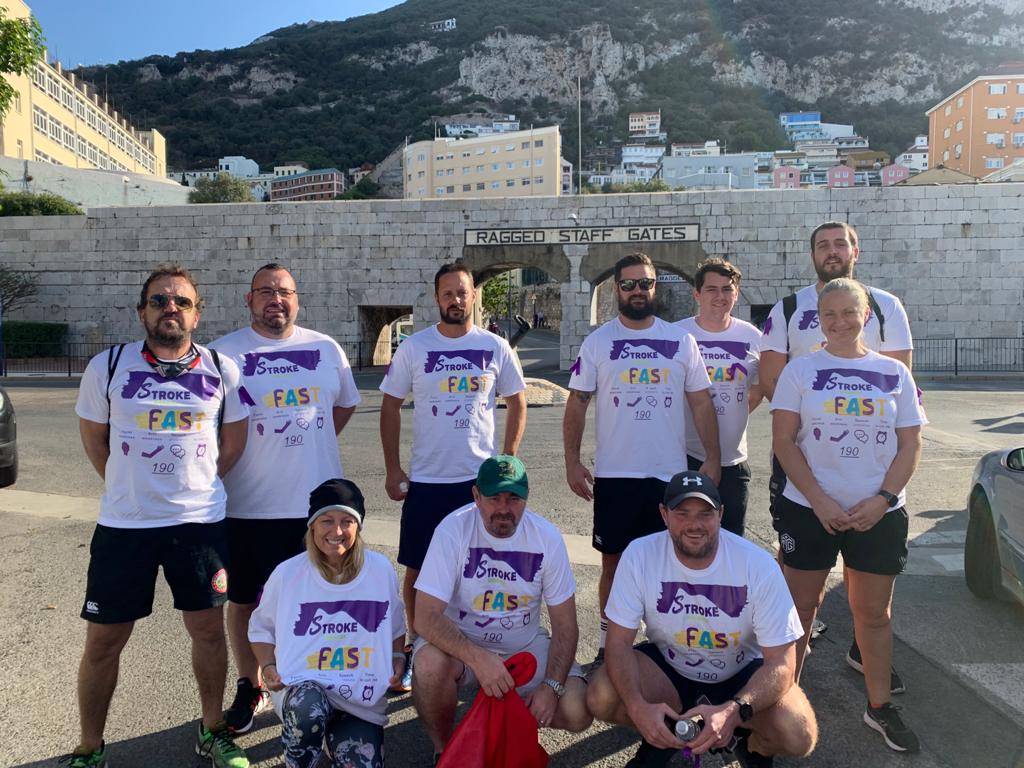 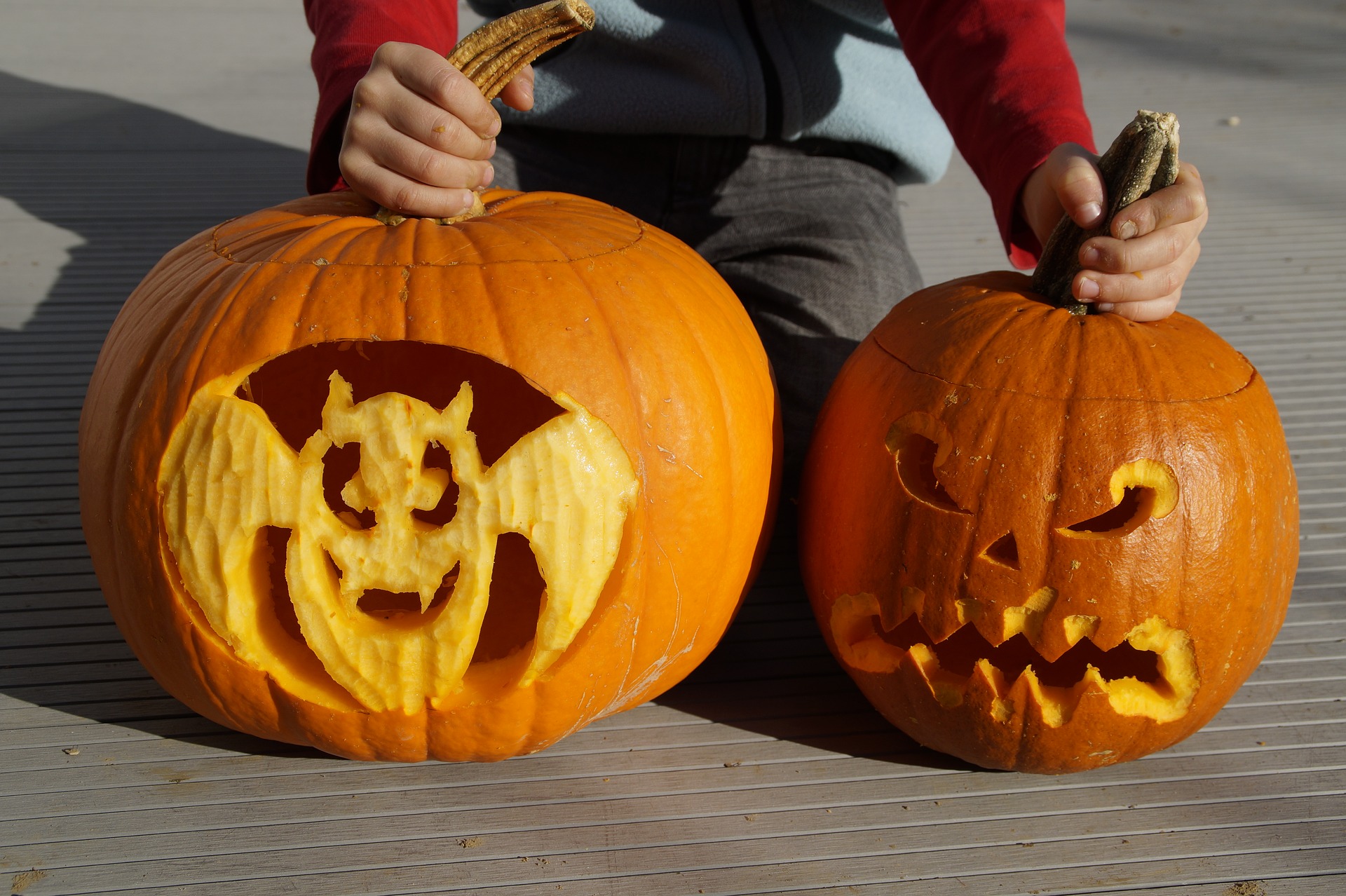 Stephen Cary from Gibraltar Rugby explained how they became involved in the event.

“Basically I have known John for 30 years, I played cricket with him and he played a little bit of rugby with me and he called me and asked me if the rugby guys wanted to get involved,” said Mr Cary.

“I said yes because obviously as well there is Wesley and the recent stroke he suffered and I played in the same team as Wes and my son went to school with him, so it is all very close and being a rugby fraternity, we like to try to come together and raise awareness and help in any way we can.”

About 50 people took part in the event, with teams of six setting off 15 minutes apart to adhere to social distancing rules.

“At the start of it, John and Wayne didn’t want too many people because of the crowd-gathering reasons. But I got a lot of heat from the rugby because they all wanted to be involved and do the walk,” he said. 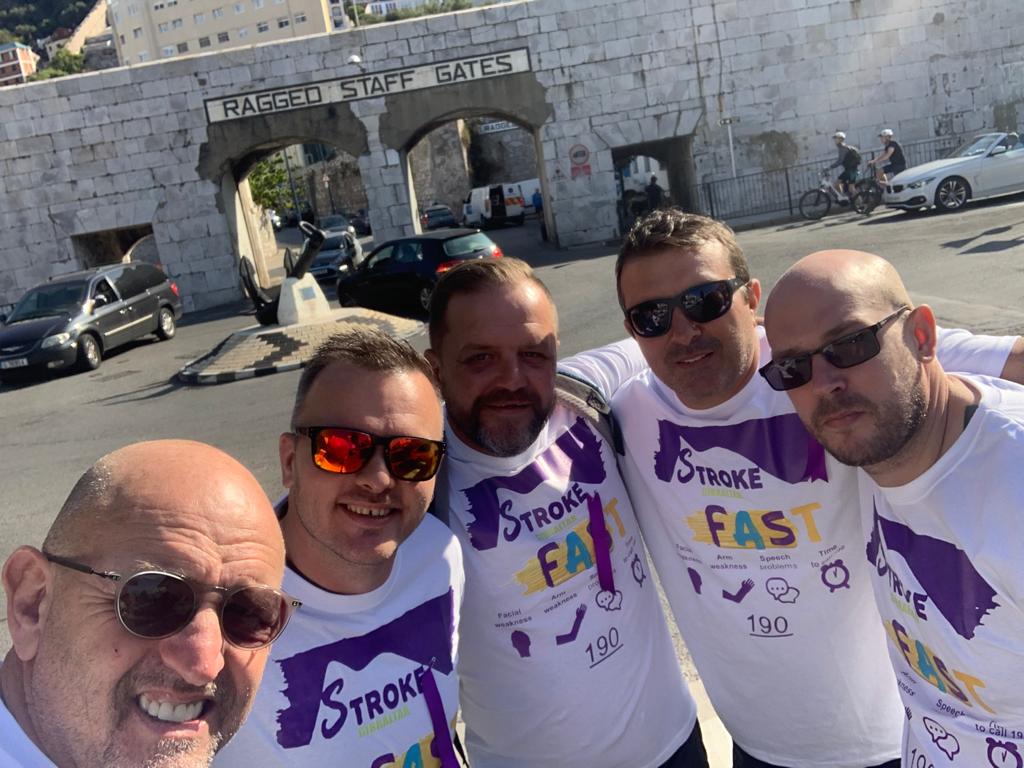 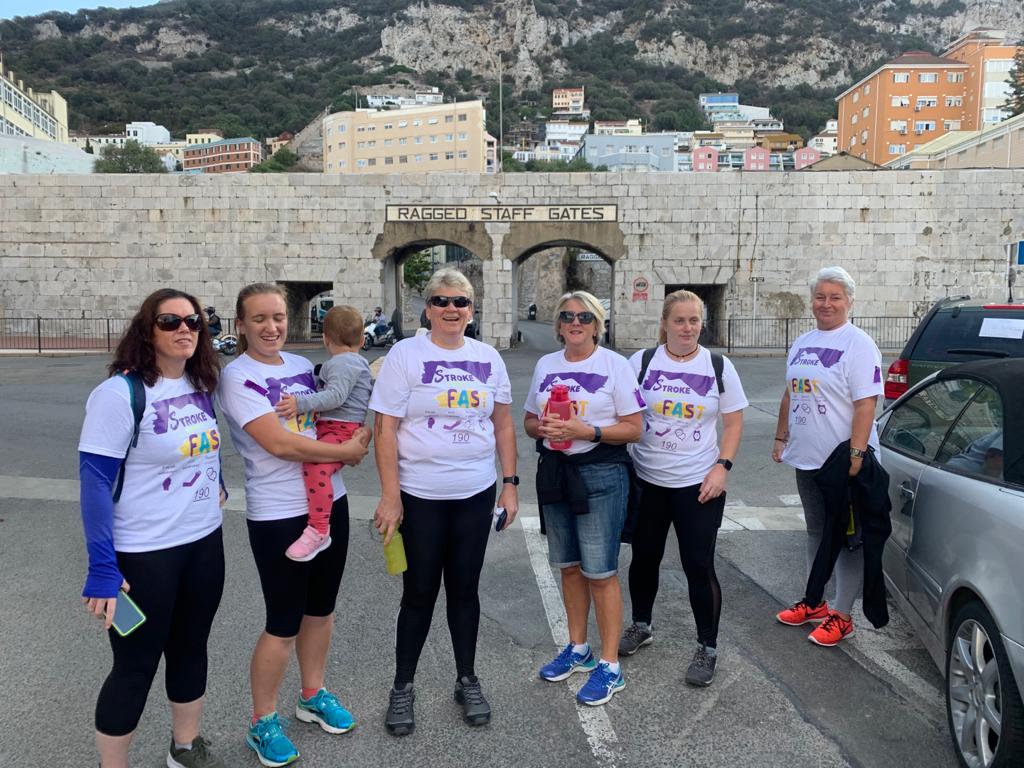 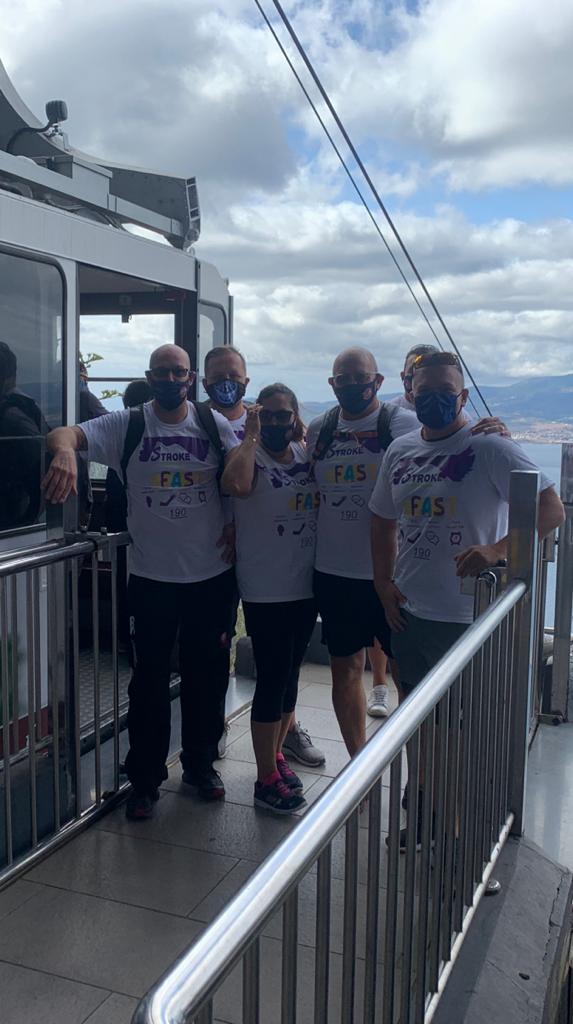 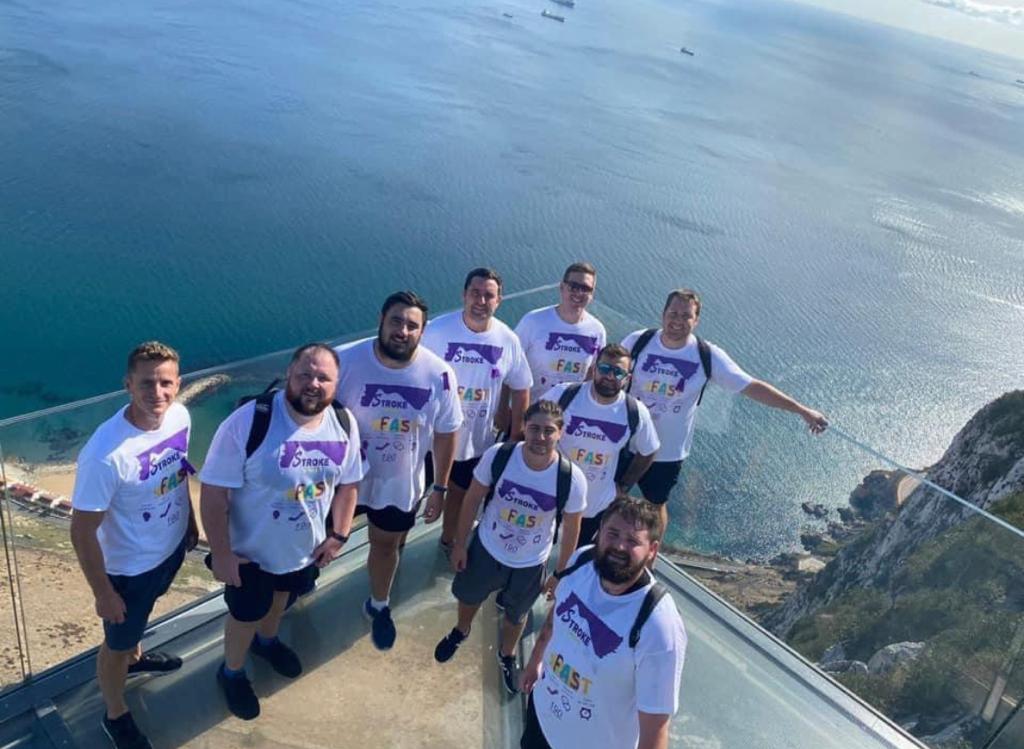 With this in mind a plan was drawn up so that anyone who wanted to take part could but under strict Covid-19 measures such as small groups.

“In the end I relented and we had six from each section, six from women’s rugby, from each rugby club the Buccs, the Scorpions, the Stormers and the Sharks. We had six from youth and the veteran section, so yeah, we got a good group.”

Mr Cary said that the event was organised by himself and Stephen Croft, a veteran rugby player, and that any income from the sale of t-shirts would be donated to a fund that will help Wesley

“It was great and typical of rugby that all the clubs, veterans, ladies and youth took part and not just his [Wesley’s] club,” said Mr Warwick.

This coming Saturday, Mr Warwick and his step daughter Sofia, 17, will undertake a half marathon [a distance of 21.1km] in a bid to raise both funds and awareness of strokes. 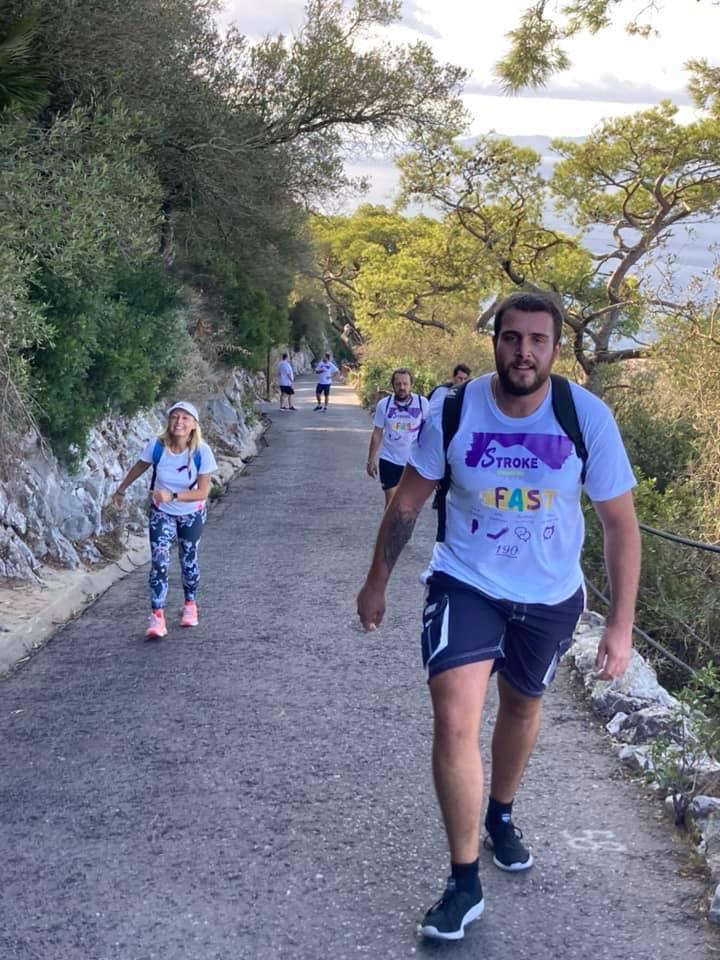 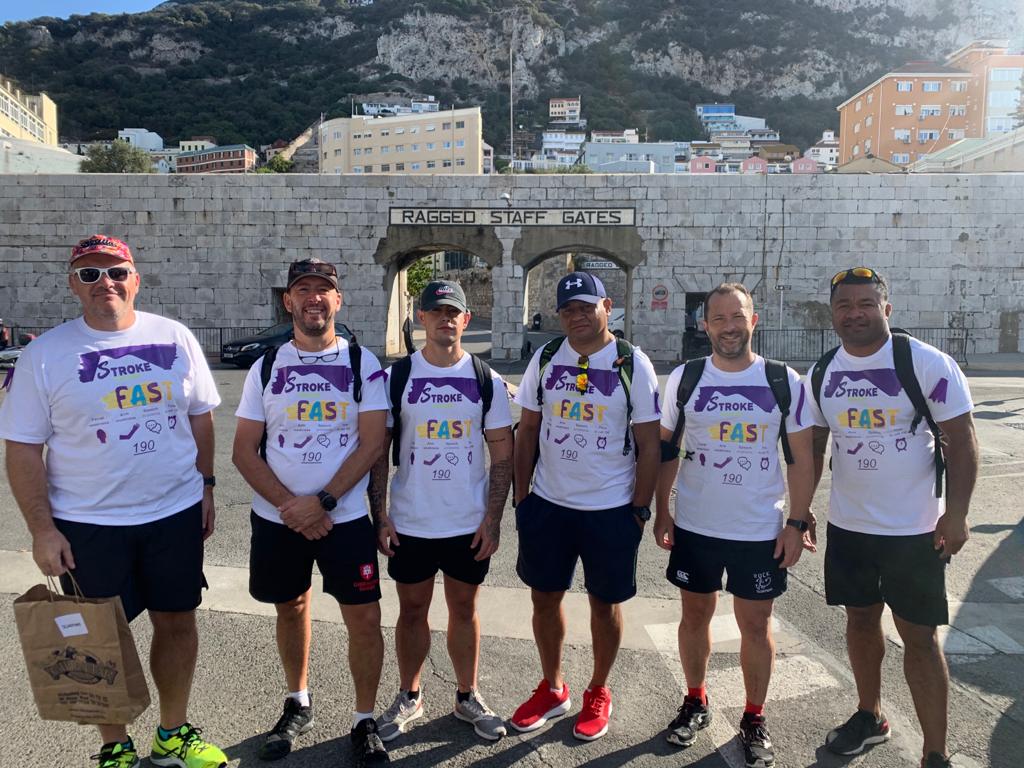 With only days to go, the two runners have already raised over £1,500.

Runners are invited to take part and are encouraged to wear purple and will need to wear masks when assembling in Casemates prior to and after the run.

Participants are asked to run at their own pace to ensure everyone is spread out and that disruption to traffic is also not an issue.

The run will start at 9.30am in Casemates where Mr Shephard will be there to see the group, adhering to social distancing measures, off on their challenge.

Runners will set off via Landport towards the sundial roundabout, across the runway and to the airport terminal.

From there they will cross back over the runway and down Devil’s Tower Rd, taking in Eastern Beach and towards the Dudley Ward Tunnel before they turn at the old motorcycle club past Sandy Bay.

Running back down Devil’s Tower Road and towards the Sundial Roundabout where they will run onto Winston Churchill Avenue and then Line Wall Road.

The final stretch will take the runners down by Waterport Terraces and then towards Casemates.

Mr Warwick explains that, for stroke victims, the main thing to remember is FAST, a trigger word that ensures a prompt response.

“S for speech, so can they speak or is it slurred?”

“And T for time because time is important. If you can get [medical care] within three hours, they can nearly reverse the effects of the stroke.”

“The longer it takes, the less chance there is to help them out,” he added.

Anyone wishing to donate to the fund can do so at https://www.justgiving.com/fundraising/wayne-warwick?fbclid=IwAR0rF3EePw7uQ2XG5ixiuriq0re65euxkqHT8wKus43LcAV1yX3cIfGqp-M&utm_id=124