Owen Smith and Jerry Clinton recently completed their toughest challenge yet, a 16.2km swim across the Strait in aid of Cancer Relief Gibraltar and Ovarian Cancer Action.

The pair have surpassed their £1,600 with donations still accepted on their JustGiving online page.

The swim in memory of Owen’s sister, saw the pair swim for over 4 hours from Tarifa Island to Punto Almansa in Morocco, with swim date changing multiple times due to weather conditions. 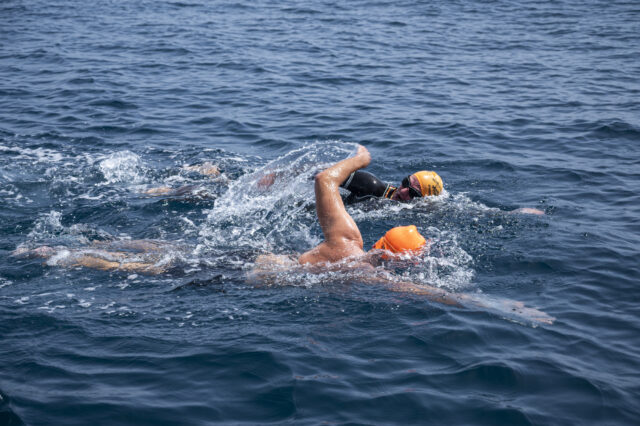 “We were really glad we eventually got away that day because the date and time of the swim moved seven times in the 10 days prior to the day that we actually swam,” Mr Smith said.

“It’s quite normal for open water to be dictated by the weather, by the cloud cover and by the currents and so on, but it was very, very frustrating and very, very difficult to balance life and work commitments around a swim that was constantly changing.”

“It wasn’t like either of us were on holiday, we had work commitments we had to attend to so it was very difficult to accommodate all those.” 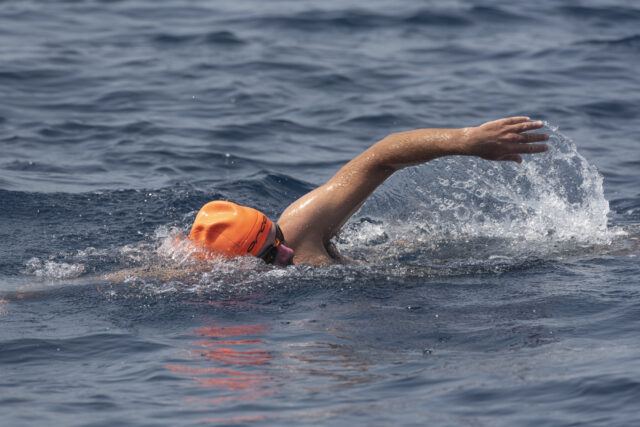 The pair left just past 1pm from Tarifa Island on August 31.

“It was a very tough swim, definitely the toughest that I’d ever done,” he said.

He added it was a long swim and throughout they were fighting the currents.

Leaving Tarifa they swam south for 12 km with the expectation to be pushed east by the current, but instead they were being pushed west making for slow progress for the first hour.

“Much slower than we should have been going,” he said.

“In the middle of the Strait there was no current, so our progress improved very significantly but we weren’t being assisted by the current, so we we’re being pushed east and had to swim east.”

“Likewise the last 40 minutes or so as we approached the Moroccan coast the current appeared to be against us again.”

“That made the last 40mins hard, because it was 16.2km in the end and because we didn’t get that sort of current assist, we were a little bit over our training threshold.”

“We really had trained to swim 12 to 13km and be pushed three or four kilometres, but we had to swim the whole length which made it really, really, difficult.”

“We were in the water for 4 hours and 45 minutes, which for swimming buffs or anyone that is into their training that is 1 minute 45 seconds per 100 metres, which is actually a pretty fast pace really for a swim of that length, so we are pretty happy with that, although we did expect we would be doing it slightly faster and finishing in a faster time but with the currents against us that just wasn’t possible.”

“We did this as a personal challenge and I also did this in memory of my sister who passed away five years ago.” 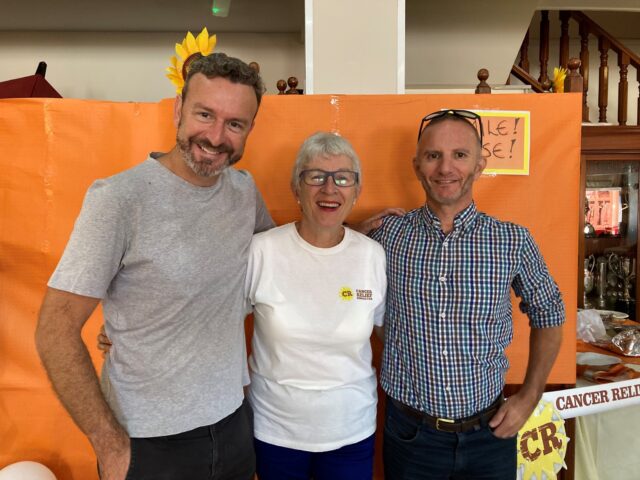 Mr Smith said his sister’s ashes were cast into the sea by Tarifa.

“It was a particularly poignant swim location for me for that reason,” he said.

The swim has raised funds for Cancer Relief Gibraltar and Ovarian Cancer Action, the illness Mr Smith’s sister passed away from.

He thanked Mr Clinton for joining him on this challenge, the Bluefin Open Water Swimming Club (Gibraltar), and Asociación Cruce a Nado del Estrecho de Gibraltar, as well as his family and friends.