Firefighters faced “extremely hot and difficult conditions” on Wednesday as they made progress fighting a fire in a tunnel on the east side of the Rock.

The fire in Power’s Drive Tunnel, behind the old incinerator, started on Tuesday at around midday and has been burning since, with dangerous conditions and near-zero visibility hindering access for firefighters until Wednesday afternoon.

“Good progress has been made throughout the day and firefighters have successfully extinguished the fire in one section of the tunnel and are working to gain direct access to the next,” said Colin Ramirez, the Chief Fire Officer, who praised the “professionalism and tireless efforts” of his team.

“The GFRS crews have been working in immensely difficult conditions with no visibility and in temperatures of up to 120 Celsius.”

“The safety and wellbeing of our firefighters is the first priority, and the significant risk of collapse in the tunnel, coupled with the extreme heat conditions, have hampered progress.”

On Wednesday evening, the Gibraltar Fire and Rescue Service said the blaze had been extinguished in Vault 3, one of the affected chambers in the tunnel.

Firefighters were working to gain direct access to the next section, Vault 4, in which they believe the remaining fire is contained. 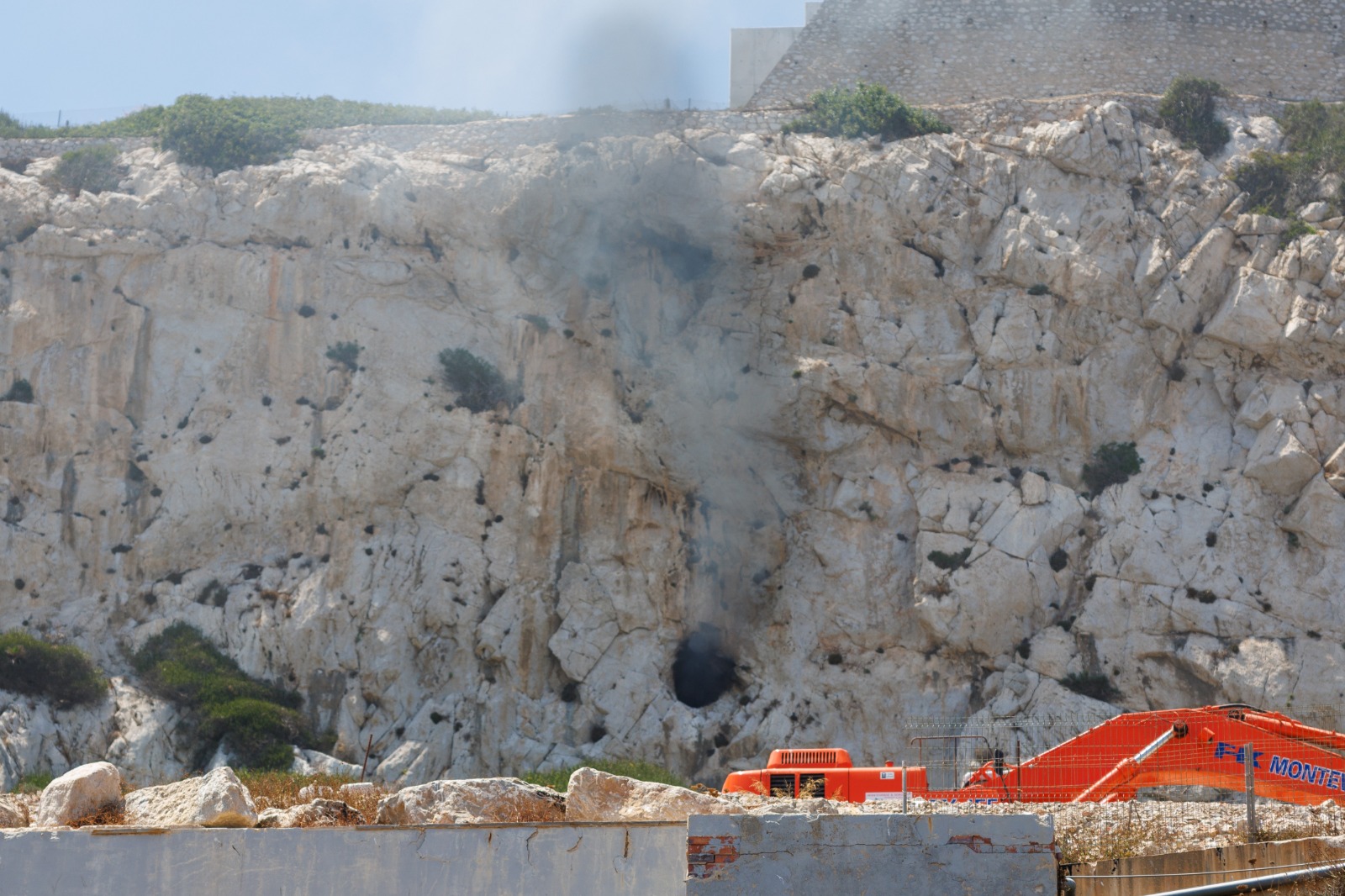 Smoke release has improved significantly through the afternoon and the GFRS said this was a positive sign that its efforts were bearing fruit.

It added that there was no current indication of any further spread of fire past Vault 4.

The GFRS said there had been a “major collapse” deeper in the tunnel but that there was no evidence it had damaged critical infrastructure that runs through tunnels in the area related to the supply of water, electricity and telecommunications services.

Protecting that infrastructure, including AquaGib’s reverse osmosis plant, had been a top priority from the outset to avoid wider disruption.

As of Wednesday evening, there was no risk to the plant itself and nothing to suggest any of its infrastructure had been damaged.

Part of the challenge facing firefighters is that the tunnels have been used to store numerous items, including rubber flooring used in stadium events and vehicles and vessels seized by Customs, the Chronicle understands.

But there was no confirmation on Wednesday of what had actually caught alight.

There was no indication either of how the fire started, although Mr Ramirez told GBC there was no power supply in the affected area, meaning arson could not be ruled out. 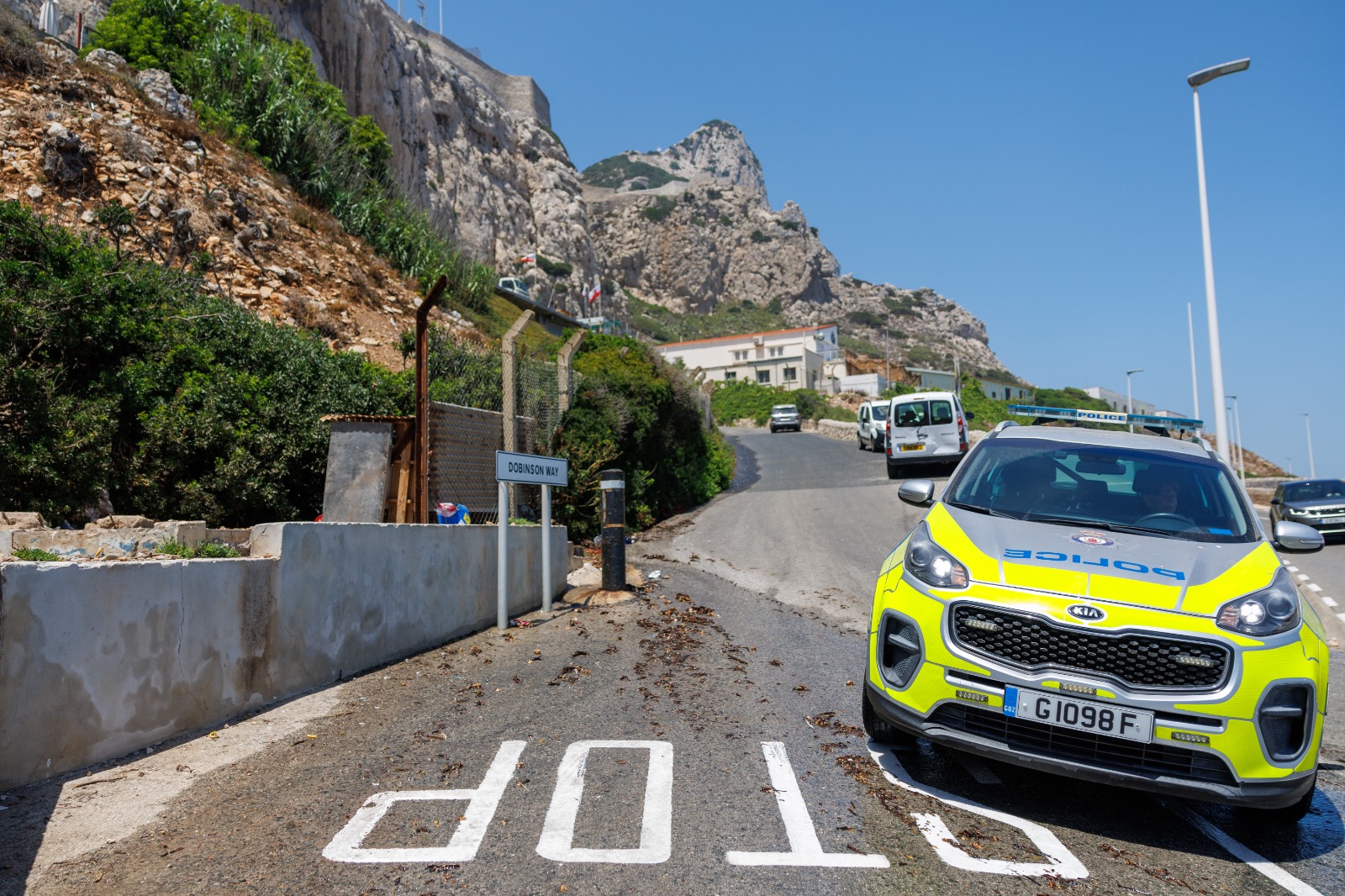 A spokesperson for the RGP said the operation remained under the command of the GFRS and it was too soon to comment on the investigation into the causes.

“Until it is safe to enter and identify the possible cause of the fire, we will not be in a position to make a statement regarding the incident,” the spokesperson said.

The road from Sandy Bay to the mosque at Europa Point remained closed over concerns about smoke and potential rockfalls, with people asked to avoid the area.

The Environmental Safety Group voiced concern about the blaze.

“With area evacuated and emergency response teams standing by, the group calls for a statement by Government to assure the public of the source of the smoke and likely components of the burning material,” it said in a statement early Wednesday.

“It will also be important to verify the cause of this incident once an investigation has taken place.”

“The offer has been communicated to the Chief Fire Officer, who is also grateful but has confirmed assistance is not needed at this time,” No.6 Convent Place said.