This weekend, the Gibraltar Squash Association welcomed Spain’s top two players for coaching clinics, challenge matches and an exhibition of world class squash.
Borja Golan is the highest ranked Spanish player and is currently 26 in the world having previously been as high as number 5. Golan (38), was joined by closely ranked Iker Pajares (25), who is currently 32 in the world. Golan has won a record 16 consecutive Spanish championships, but lost in the most recent final to the younger Pajares. At different ends of their career, the show match promised to be an epic battle between the two Spaniards to demonstrate dominance over the other player.
The players were given a tour around all areas of the Europa Sports Park and were extremely complimentary about the combination of world class facilities set in such an iconic location with views of Africa, Spain and Gibraltar. They stated that the club was truly unique compared to the many other clubs that they had visited over their careers.
The main event sponsor was Cranborne Gardens Management Limited, who were attracted to the event as it represents the development and ‘breathing of life’ into the well-established Gibraltar Squash Association. This matches their vision of the renovation and re-gentrification of older established buildings in Gibraltar, which can currently be demonstrated through their project on 269 Main Street (www.269.gi).
In what is hopefully the first of many events, the tips and coaching provided inspiration for both the Junior and Senior sections. The Gibraltar Squash Association intends to have rolling programmes of visits, competitions and international players and become an excellent base to develop our own home-grown talent.
The Juniors were the first on court with the two Spanish stars and also managed to get some photos with the professionals. They were followed by the Seniors, who, after an interesting question and answer session, were put through their paces with hints, tips and pointers. These will be played out on the Europa Sports Park courts over the coming weeks, raising the standard across the board.
Saturday morning saw a mini tournament for the Gibraltarian players prior to the show matches. First on court was club coach Ivan Flores against Spanish champion, Iker Pajares. Huge cheers followed as Flores took the first point and simultaneously played with the crowd and Pajares. Despite some outstanding shots and retrievals by Flores, the experience and skill of the world number 32 gave Pajares enough edge to overcome the GSA coach, winning the game 11-7. Next up was Gibraltarian number one, Christian Navas, against the sixteen-time Spanish champion, Borja Golan. In an excellent game, Navas took the lead 5-1 with some excellent early squash. The power and experience that Golan brought to the court soon shone through as he levelled the scores and moved on to his first match point at 10-9. Navas saved the match point resulting in a tie break, but was unable to stop the ex-world number 5 from winning the next two points to take the match 12-10.
The final match on court was the two professionals playing an exhibition match against each other. The game play was world class - shots that the crowd thought irretrievable being returned with speed and accuracy! Pajares took the first two games 11-3, 11-7 in a demonstration of precision and power. Golan, however, was not yet beaten and some excellent squash saw him win the following two games 11-5, 13-11. Unfortunately, Golan, picked up an injury during the fifth game at 5-8 meaning the game was called to an end. We look forward to a re-match in the near future!
The squash association has blossomed in its new home at the Europa Sports Park attracting lots of new members to the world class facilities. This growth is set to continue with expansion of the junior division to develop the squash players of the future 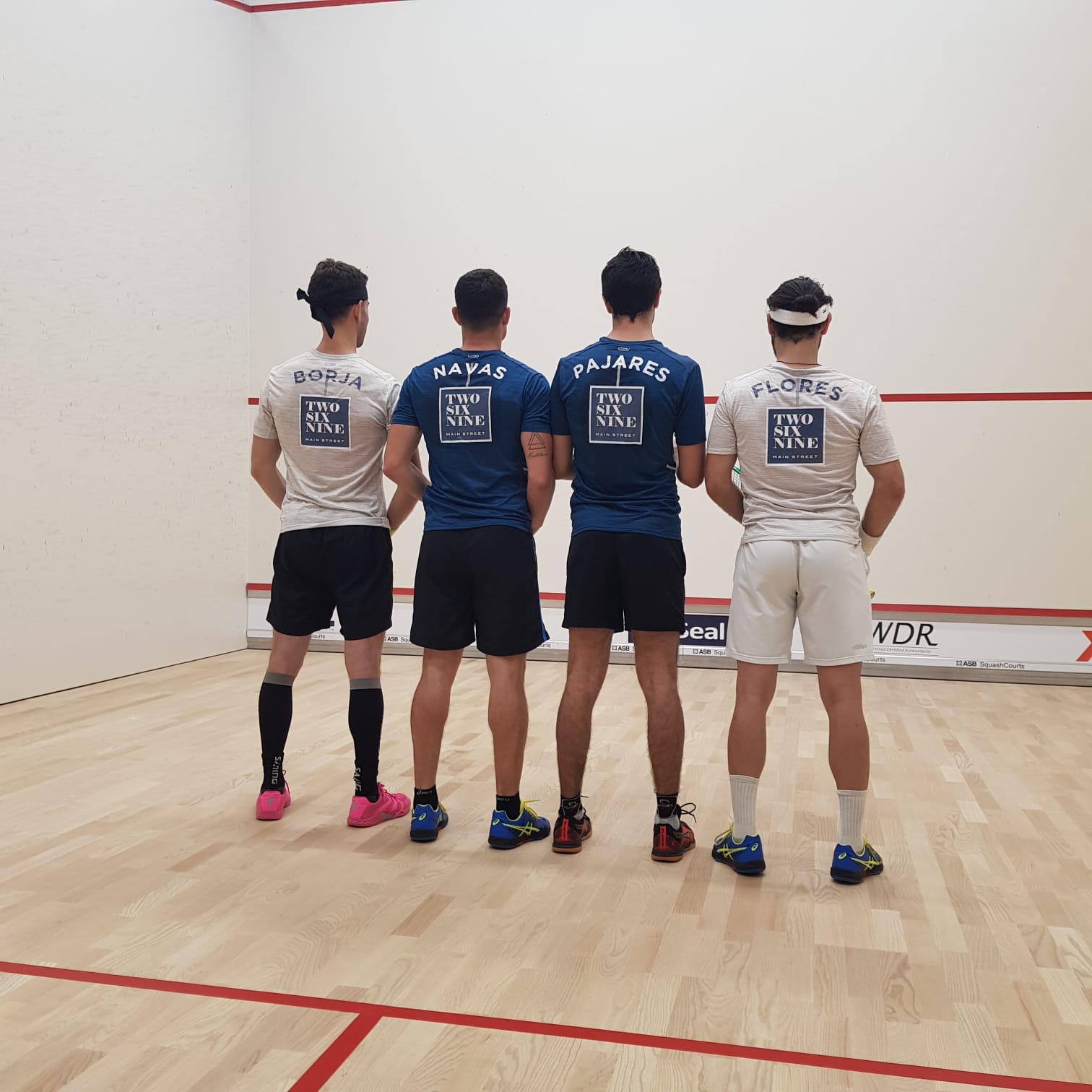 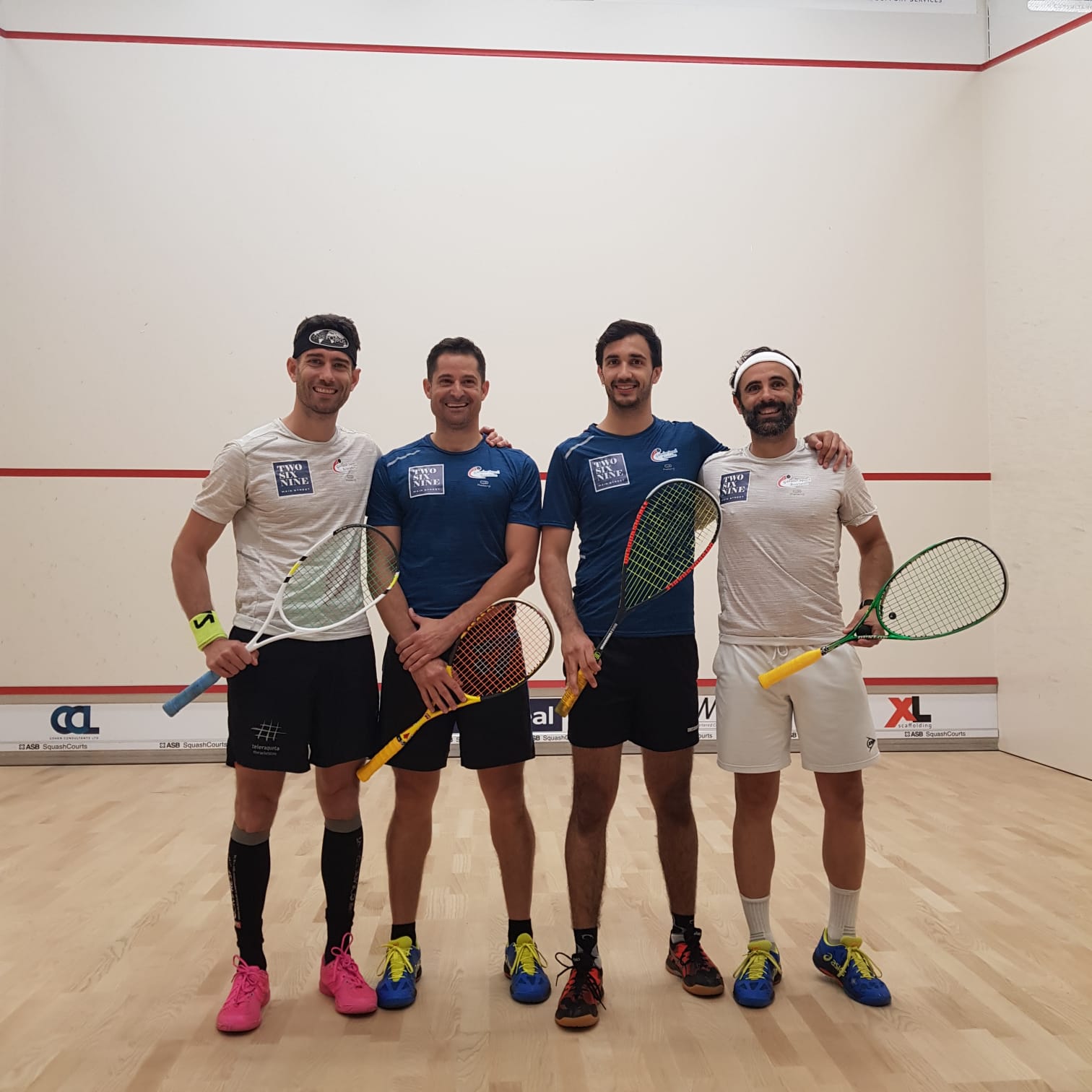 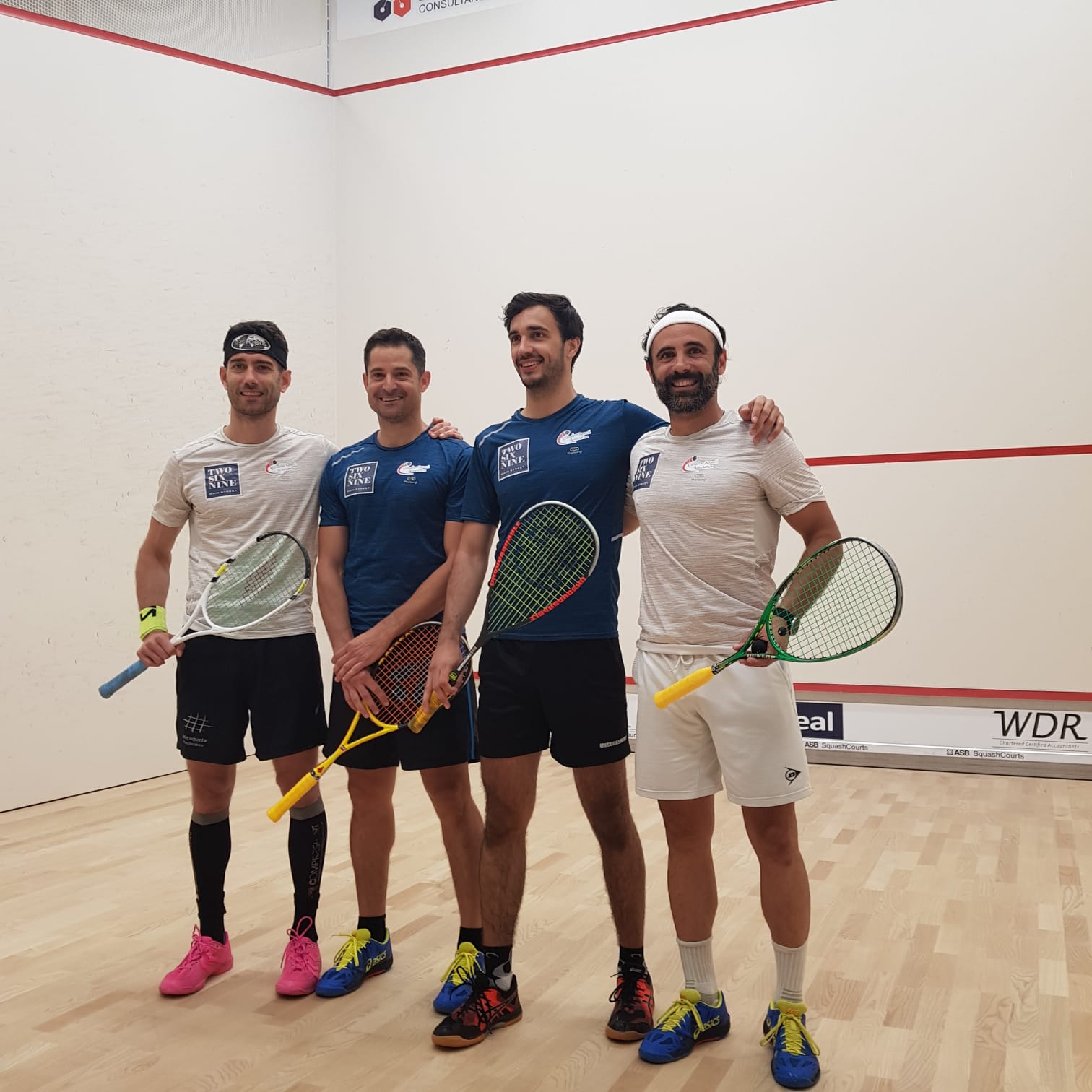 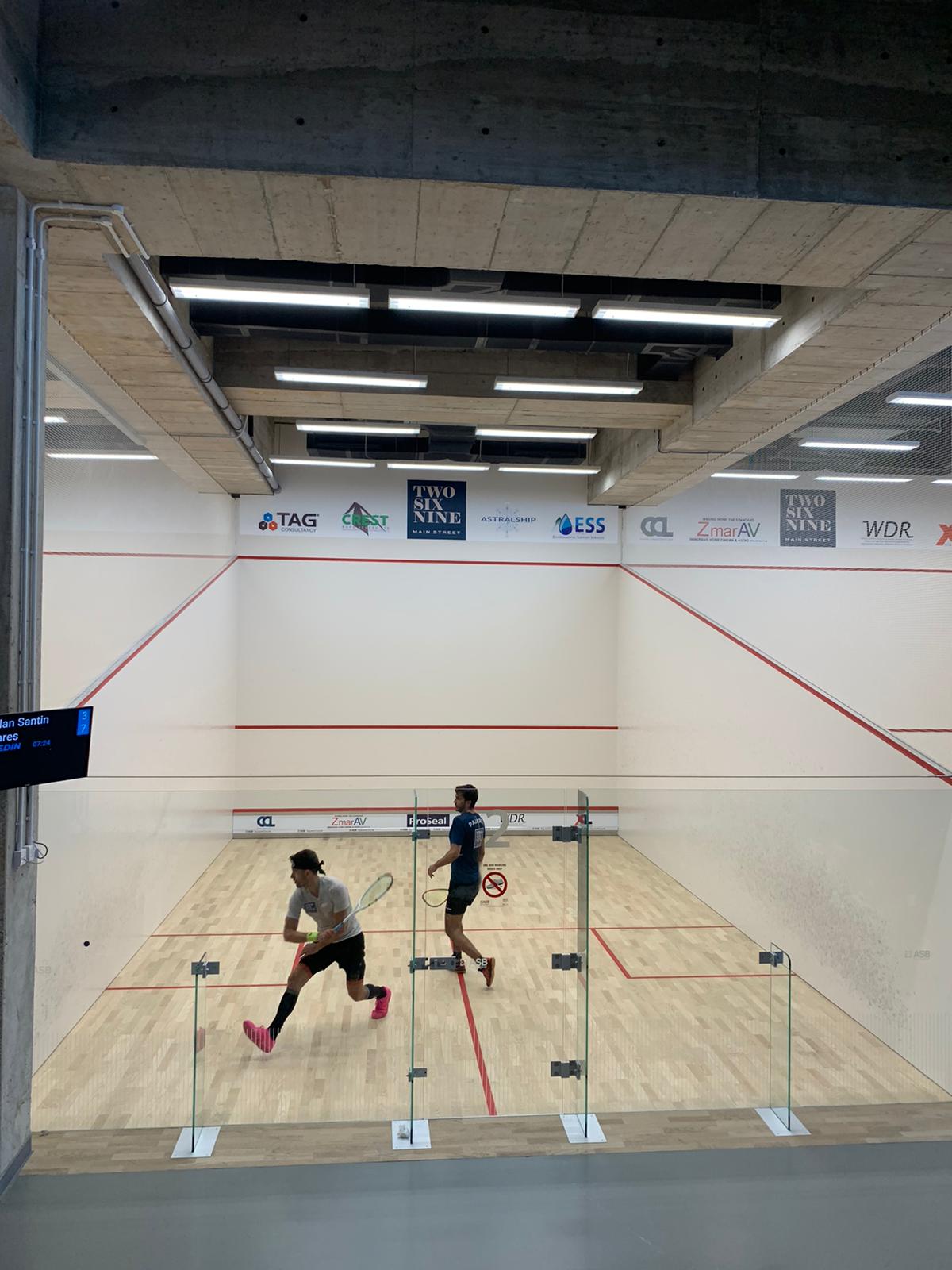 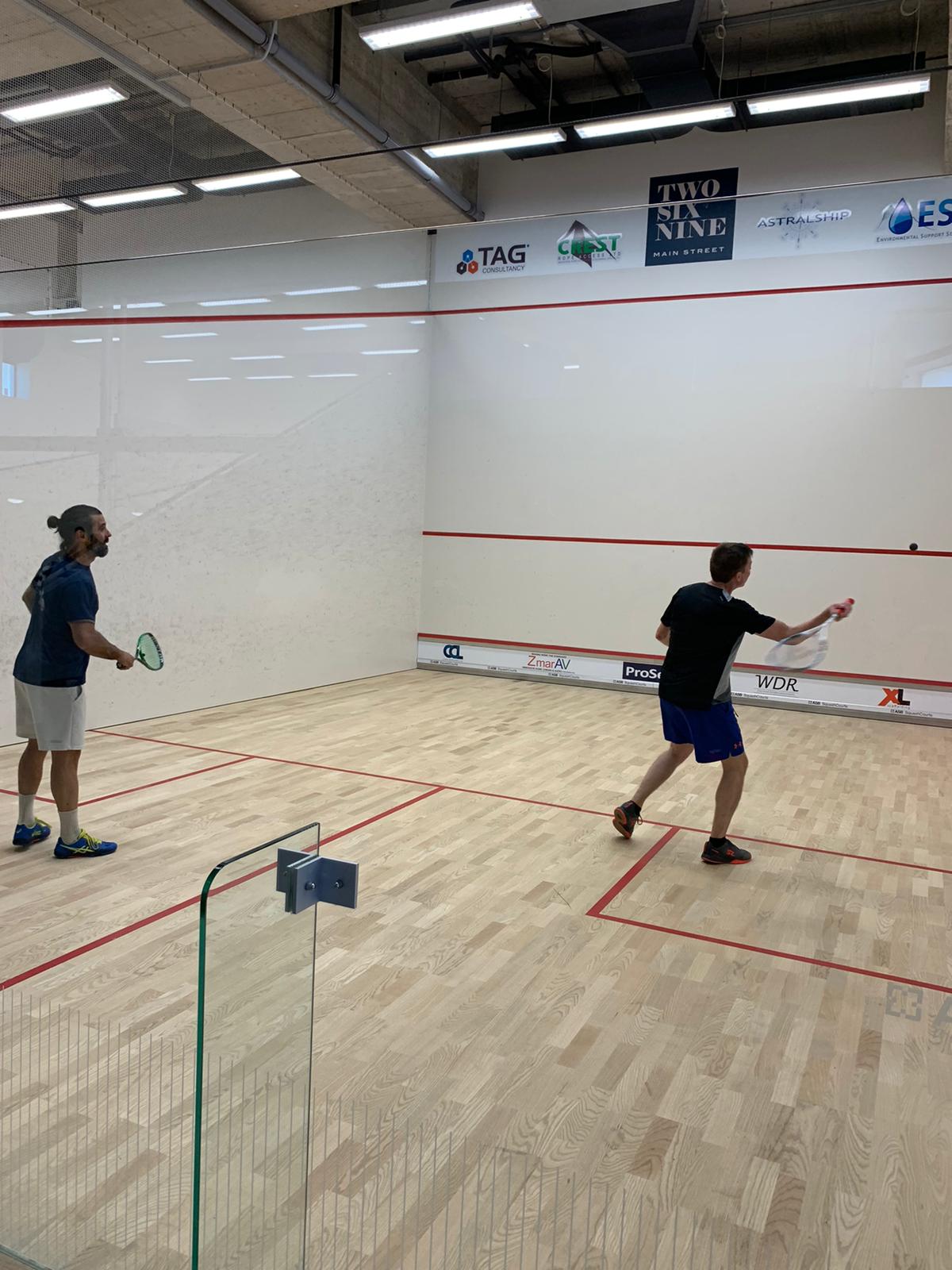 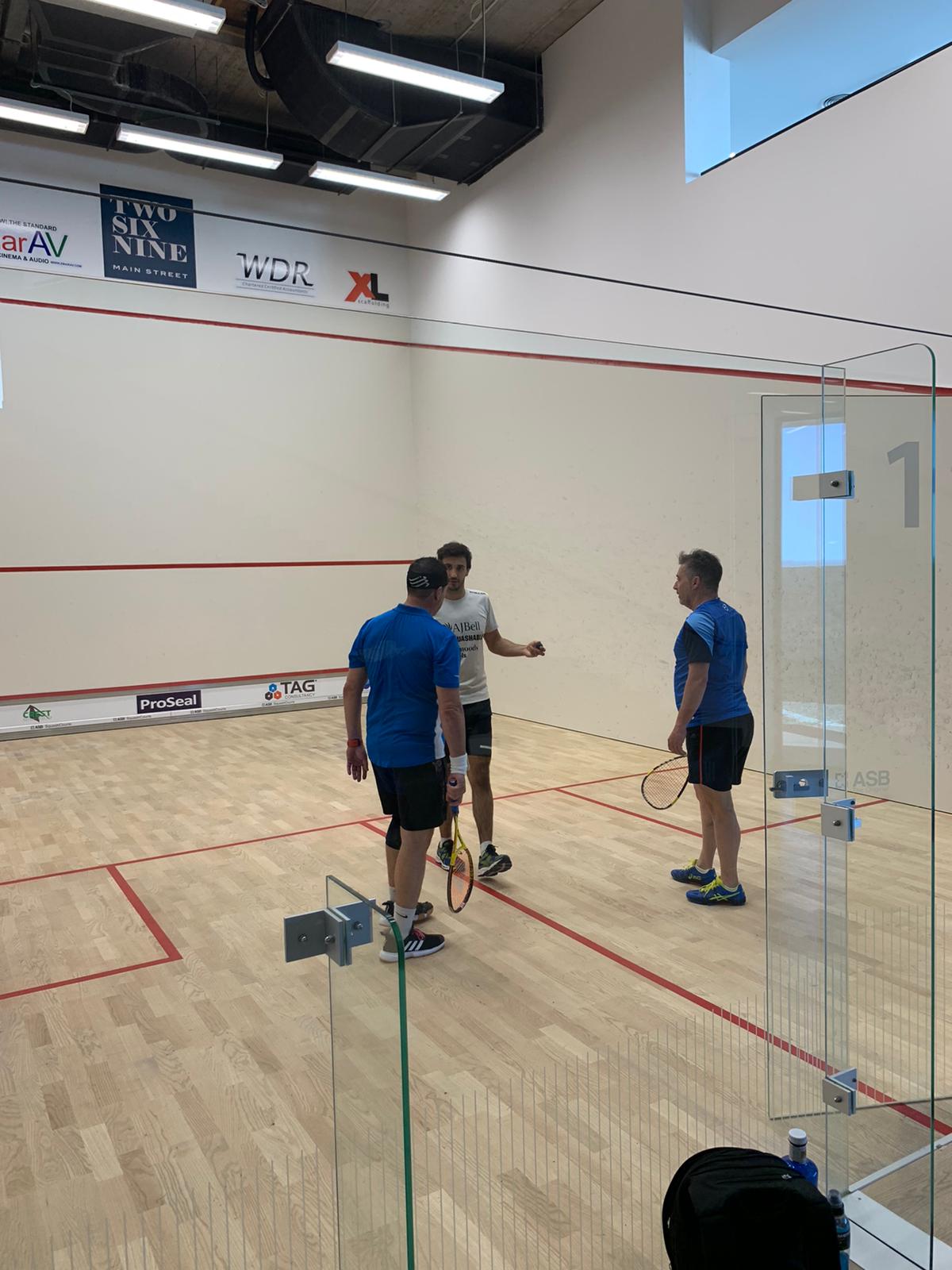 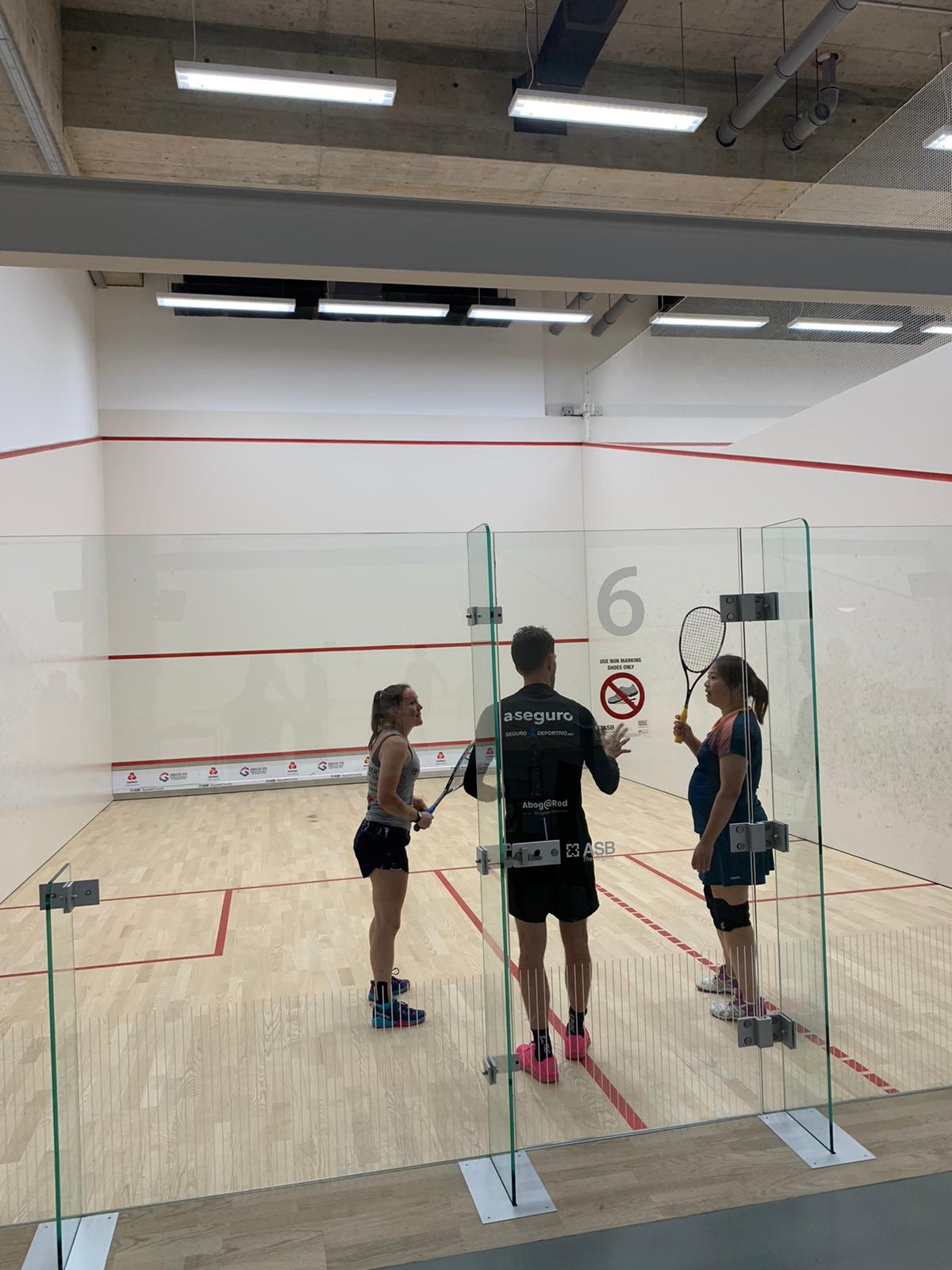 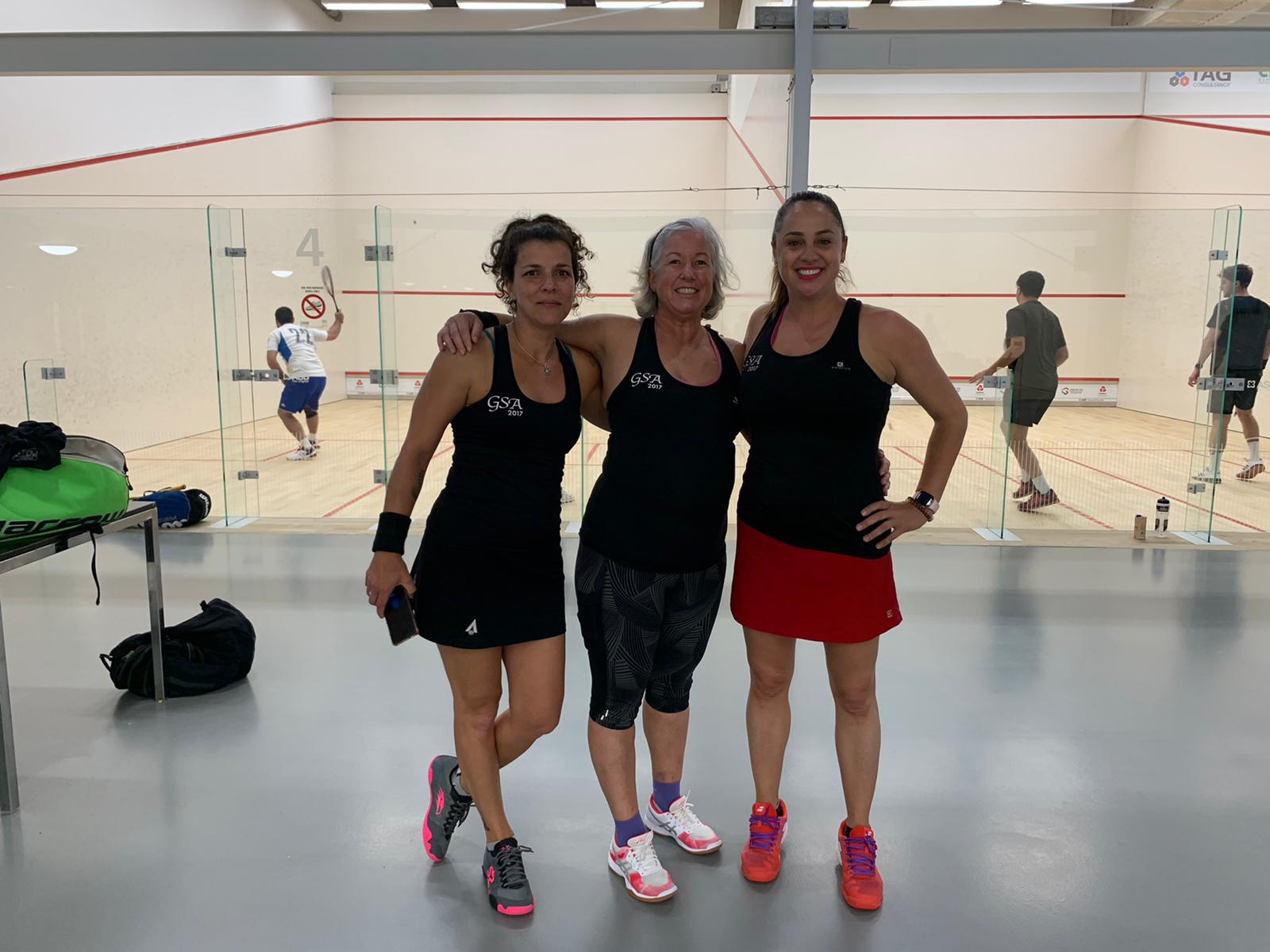