Two men were rescued from the sea off Catalan Bay early Tuesday morning after they fell off a speedboat during a high-speed chase.

Gibraltar and Spanish agencies conducted a search and rescue operation just before dawn and the two men were plucked from the water close to the shoreline.

One man, a 30-year-old Moroccan national was found by HM Customs about 100 metres from shore between Catalan and Sandy Bay.

The second man, a Spanish national from La Linea, was picked up by the Gibraltar Defence Police about 500 metres from the shore after he was spotted by a Spanish helicopter that was hovering over Catalan Bay.

Both were arrested on suspicion of being non-Gibraltarians in Gibraltar without valid permits or certificates, and of being involved in drug smuggling.

The dramatic operation began at around 6am after Spanish authorities alerted the Royal Gibraltar Police of a pursuit involving the Guardia Civil and a suspicious rigid-hulled inflatable boat off the east side of the Rock.

There were four men on the RHIB but two fell into the sea during the chase, prompting a joint multi-agency response coordinated by authorities in Gibraltar.

Spain deployed maritime rescue assets including vessels and a helicopter, while Customs and the GDP also deployed vessels to the area.

Residents of Catalan Bay were awoken by the sound of a helicopter hovering low as it scanned the sea with a searchlight to try and pinpoint the men.

Vessels also used powerful searchlights as they tried to locate the suspected smugglers.

“I heard a helicopter maybe at around 6.35am,” one eyewitness said.

“They were illuminating the water with searchlights from a helicopter and boats and looked like they wanted whatever they were looking for badly.”

“They moved on to Sandy Bay’s direction with several boats and the helicopter afterwards.”

Another resident said at least “four or five” vessels were involved in the incident, which he estimated unfolded “maybe 500 metres or less” from shore.

The suspicious RHIB was chased by Spanish law enforcement vessels into Spanish waters, where it was stopped.
“The vessel and its cargo of hashish and fuel canisters were seized and its two occupants arrested,” a spokesman for the Guardia Civil said.

It is not clear how much cannabis resin was on board the vessel when it was finally stopped by the Guardia Civil. 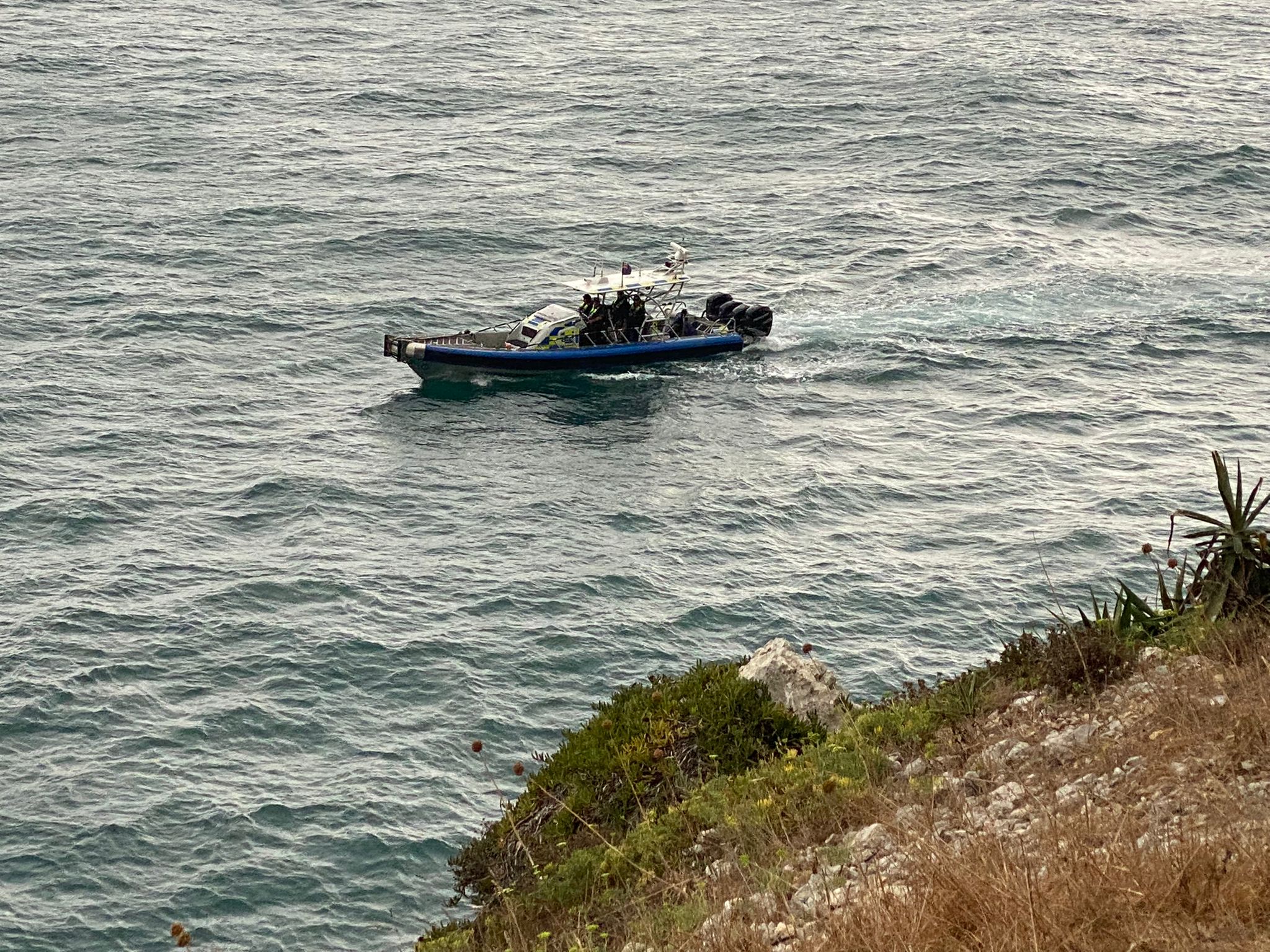 In Gibraltar early Tuesday morning, police and Customs officers patrolled the coastline on the east side of the Rock, both at sea and on land, to check for any bales of drugs that may have been ditched during the chase. 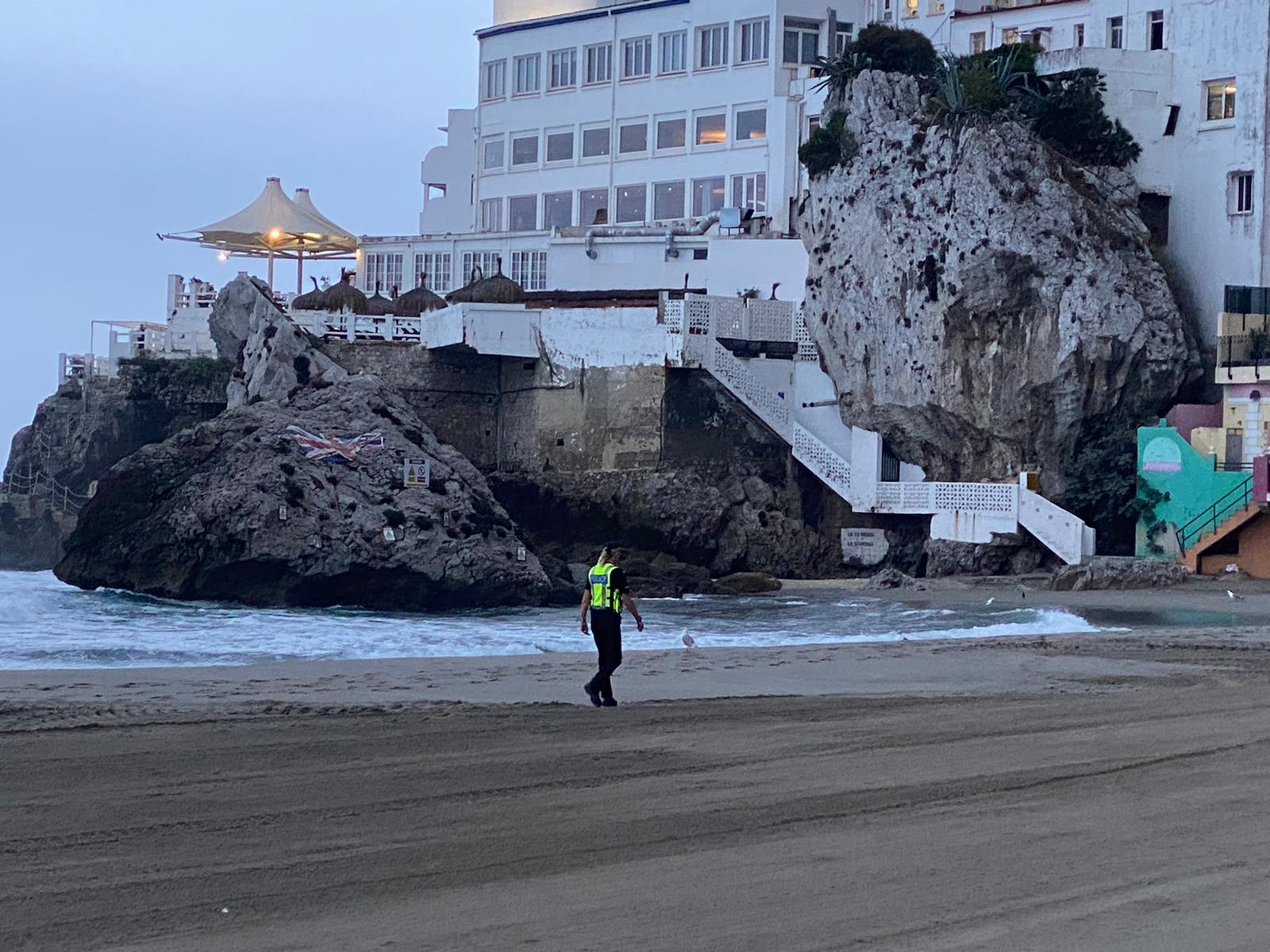 As of Tuesday evening, they had not recovered any drugs.

“An investigation, led by the RGP, is ongoing,” a spokesman for the Royal Gibraltar Police said.