A group of Unite the Union activists and shop stewards were yesterday recognised for their longstanding commitment to the defence of workers’ rights in Gibraltar.

“Today we give thanks to five individuals, some of whom are no longer with us but who have left an important legacy in the trade union movement,” said Mr Duo.

“Significantly, the five have played a part in the fight for parity in the 70s and the general strikes.”

Mr Peliza was presented with the first award.

Mr Duo explained that this was for his role within the union including during the 1970s general strike.

“A strike that not only achieved economic gains but served to strengthen the trade union movement for future social and economic gains,” Mr Duo said, listing the various unions Mr Peliza had been involved with over the years.

“Few trade unionists have a record of trade union involvement with such a wide range of working-class organisations.” 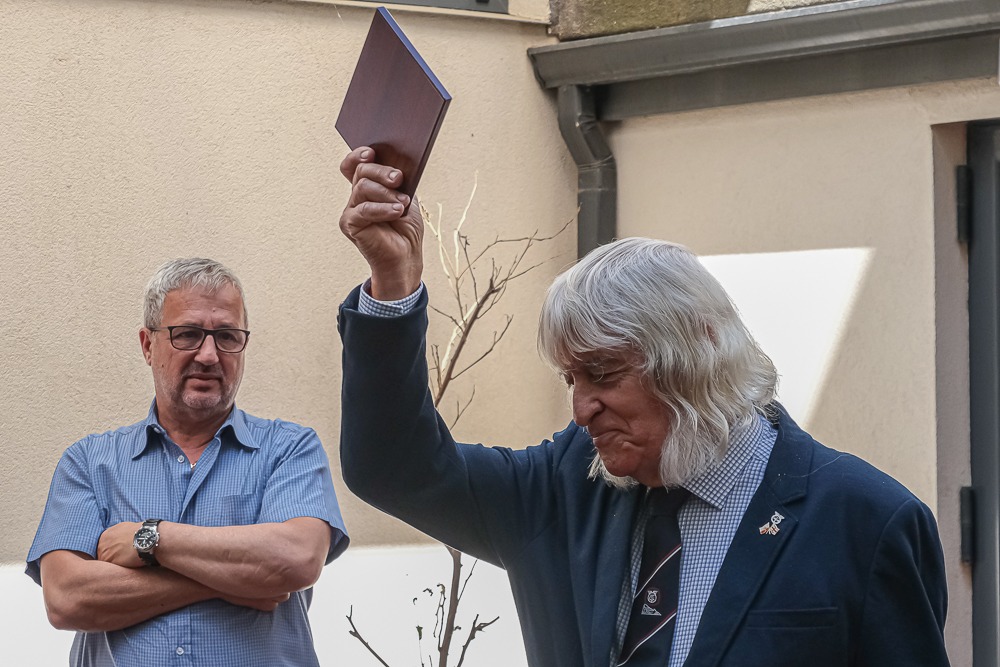 Mr Duo also noted that Mr Peliza would carry a banner at demos that stated “Friendship with all and freedom for us.”

Before he accepted the award, Mr Peliza said, “At the moment, what I want to remember is those who worked with me.”

“I remember a lot of people who can’t be here and this is for them.” 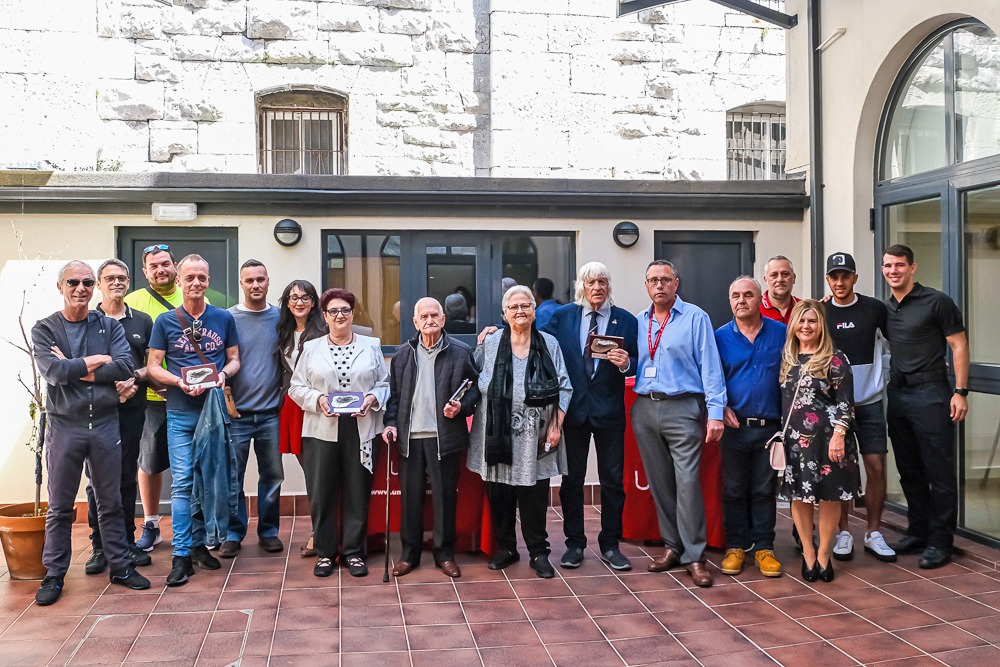 Next receiving the award was the family of Ronald Caetano, who had passed away in 1984 at the age of 33.

“From a very young age, he was involved in the workers’ fight for rights, pay, working conditions and eliminating discrimination between nationalities,” Mr Duo said.

“In the 70s, he fought together with others to finally achieve the break-up of this union from the ANCL, [and] after this, he was elected to many committees and was involved directly in bringing this union forward into a new era of trade unionism in Gibraltar.”

“Ronald departed us too soon but it is thanks to young men like him who, with hard work and determination, contributed to form the union that we have today and we thank him for that,” he added.

The new award was for Luis Sampere and was accepted by a family member.

The award acknowledged Mr Sampere’s involvement in many actions taken by the union and the fight for parity in the general strike.

“He was fiercely loyal to his conviction in the trade union movement,” Mr Duo said.

“He was a true hard worker for socialism and continued this to the end of his life with a strong interest in politics and the trade union movement.”

“We thank Luis for his life dedicated to the working people and socialism.”

Mr Pons was present to accept has award.

Mr Duo noted that Mr Pons was still active in the union and had joined them just days ago for Workers’ Memorial Day and May Day.

“He continues to support us in any event or action that needs to be taken,” said Mr Duo.

Mr Pons was involved in many actions with the MoD, including the fight for parity and the stance against nuclear submarines.

“The HMS Tireless comes to mind. As I myself was a young seaman in the tugboats and I remember being called and asked to attend the action that they were taking against nuclear submarines. And was asked to put the hoses against those taking action, which we refused to do.”

“Thank you for your dedication and we continue to open the doors for you so you can continue to support us in everything we do,” Mr Duo added.

When he accepted his award, Mr Pons raised it and, in Spanish, stated that it was for those who had passed away.

The family of Ernest Galliano received the final award.

This was an award that clearly meant a lot to Mr Duo, who had to take a moment to gather himself as emotions swept over him.

“He commenced his long relationship with the trade union movement when he commenced his employment in the PWD garage. From there he moved to the distiller, where his prominence as shop steward came to light,” Mr Duo said.

“On a daily basis, colleagues used to come see him to seek guidance and advice on daily life. He was highly regarded by his colleagues in defending the workers, especially in disciplinaries.”

“Many of the advancements that his colleagues enjoy today are definitely thanks to him.”

“Tito, we thank you for your contribution to our union and working people.”