By Laura Paterson
A Second World War veteran who appealed to be reunited with his fellow prisoners of war has met the son of one of his former comrades.

Jimmy Johnstone, 98, launched the appeal in August and was "overwhelmed" by the worldwide response.

He was seeking survivors of his wartime ordeal, in which he was captured in France at the battle for Saint-Valery-en-Caux and then witnessed men die as the POWs were transported to camps in Nazi-occupied Poland in cattle trucks after marching hundreds of miles.

He endured five years in the camps, ending with an escape bid on a death march in temperatures of minus 28C, where prisoners who collapsed were shot, as camp commanders retreated into Germany.

The son of one of the four men with whom he tried to escape got in contact after hearing his appeal, and the two men had an emotional meeting in Aberdeen, where they both live, organised by Scottish War Blinded. 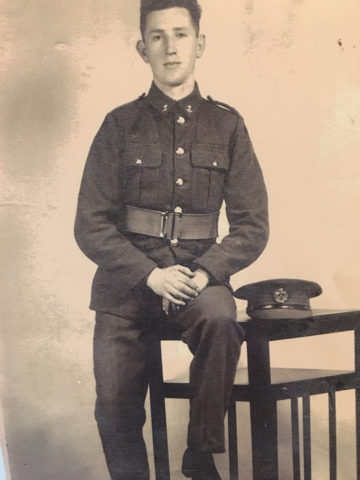 Mr Johnstone said: "Meeting Sandy was very emotional as I didn't think I would get any response to my appeal. I just couldn't believe it was happening.

"We talked about Bert and life in the POW camps. I spoke about when we met. This was while we were waiting to go into the cooler (solitary) after one of my escapes.

"I told Sandy what a brave man his dad was. He stood up to the German guards and refused to work until they got more food.

"The German guard held him at gunpoint but he didn't give in and they got more food. I admired Bert for that." 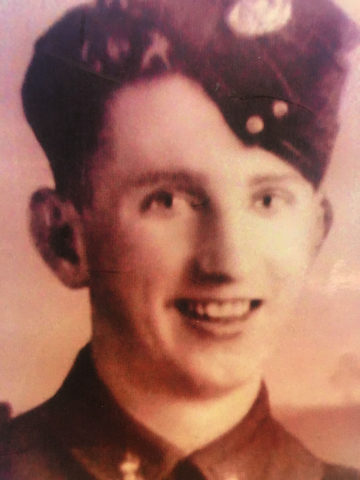 Sandy Petrie said: "When I heard about the appeal on the radio, I quickly recognised it was my father being referred to and I was very, very interested to hear the story.

"They were some of the same stories my father had told me. I felt I would like to meet this chap, and to meet him for my father's sake too as I know he would have wanted to meet Jimmy.

"My father Bert was captured at St Valery and was at the same camps as Jimmy. St Valery is seldom mentioned and often gets lost when people talk about Dunkirk, so it's important that these soldiers' stories are shared.

"He had told me about the march. He had also mentioned a friend who had been with him in the camps for five years and had collapsed next to him on the march.

"My father would have been delighted that I had met Jimmy. The years in the prison of war camp made a lasting impression on my father and the stories he told over the years bear a striking similarity to Jimmy's. 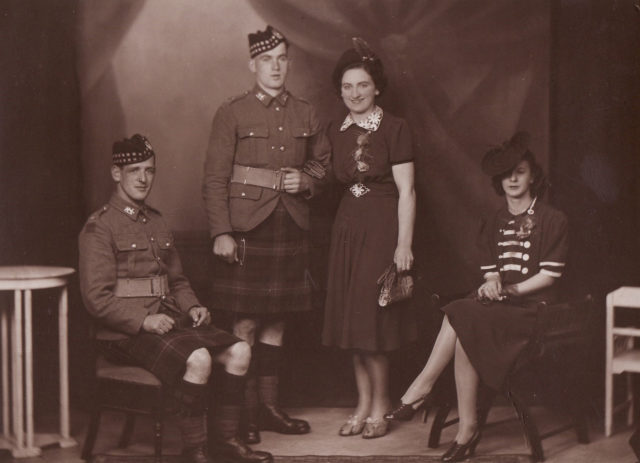 "Meeting him, it was very touching to hear him refer to my father. He mentioned him quite emotionally.

"I found it moving to hear Jimmy say several times during our conversation, 'If Bert were here, he would tell you. I never thought I would sing a verse of 'Lili Marlene' with a man who heard the song when it was new.

"I have the greatest respect for Jimmy and the men and women of his generation, sadly a dwindling group.

"They saved our civilisation and way of life. It was a privilege to have met him."

Mr Johnstone thanked those who responded to the appeal and plans to write to as many as he can with the help of his Scottish War Blinded outreach worker, who assists him due to his macular degeneration.

He said: "It is really important that as we approach Remembrance Day we remember all men who fought in all battles, those that survived and those who died."
(PA)