Gibraltar volleyball will be starting as from today trials for its national squads as it prepares to compete internationally.
This Friday will see trials for the U19 women’s team. The selection recently competed in Iceland in its first every international tournament and is now preparing for a repeat appearance.
Next Wednesday will see the senior mens trials in what should be a competitive selection process. The trials will be taking place at the new St Anne’s school, one of the allocated venues where volleyball will feature this season.
The following Wednesday it will be the turn of the senior women’s where a crop of emerging talents have a chance to claim a place in the national squad.
The U19 men’s trials will take place on Friday 19th as volleyball gears itself up for a season of competitions.

The Gibraltar Volleyball Association will also be hosting a memorial match for the late Sergio Martinez
and Antonio Avellano.
The match will take place on Friday 12th November at 20:00 TSH.
“Here players who knew and played with both Sergio and Antonio in the past, including family will
play to honour their memory. There will also be a short award ceremony after,” said officials. 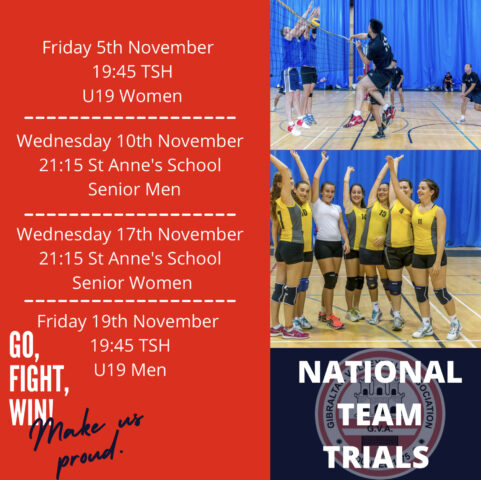